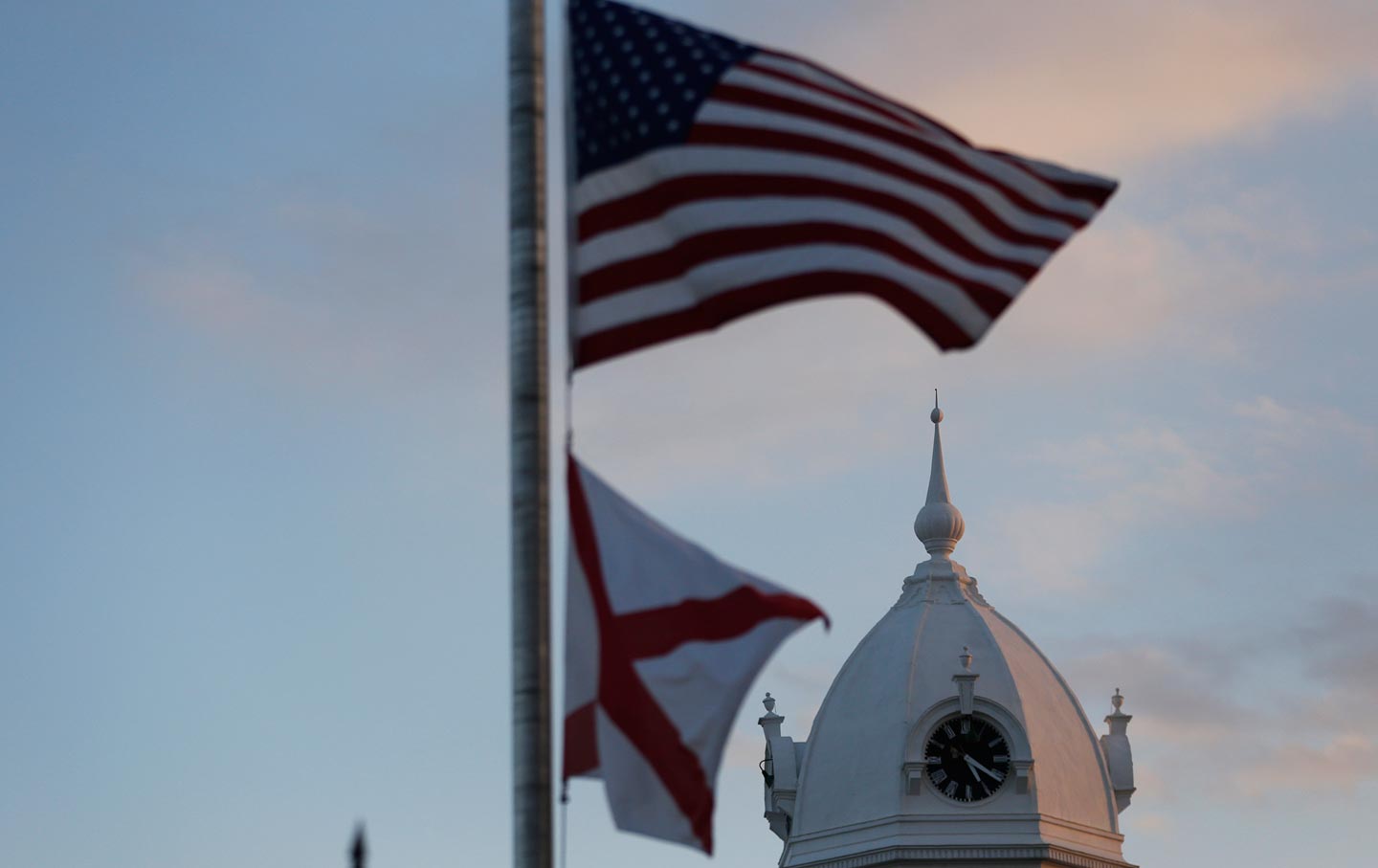 The clocktower of the old courthouse is surrounded by the American flag and the Alabama State flag at the Monroe County Heritage Museum. (AP Photo / Brynn Anderson)

The mere fact of being black can be hazardous to your health in many parts of this country, with life expectancy for African Americans years or even decades lower than whites. But in Alabama’s Black Belt, being a black woman can put your life at extraordinary risk. The region faces a tragic rate of cervical cancer death, at a time when no woman should have to die of the disease, reflecting a painful legacy of racial segregation and inequity across the health-care system.

Alabama has the highest cervical cancer death rate in the United States, and black women are almost twice as likely to die of the disease as their white counterparts (roughly 5.2 black women for every 2.7 whites). This disparity is all the more striking because cervical cancer is easily preventable and treatable with adequate gynecological care and early screenings, which generally lead to a 93 percent five-year survival rate. But delayed treatment worsens those chances, and across the Black Belt, institutionalized racism leaves women neglected by the state’s crumbling social infrastructure. In an in-depth study of the lives of women impacted by cervical cancer, Human Rights Watch documented the stories of women and families who explain how, in various ways, racism and poverty prevented them from getting critical care when they needed it.

Although the standard preventive measure for cervical cancer—vaccination for the human papillomavirus—is widely used today, access remains inconsistent. For many black women without a primary care source, this essential vaccination goes neglected, along with other basic health needs ranging from mammograms to prenatal care. In the swath of southern Alabama known as the “Black Belt” for its rich soil, researchers describe deep-rooted patterns of medical apartheid, in which fewer than a quarter of the counties have a practicing gynecologist. When a pap smear is half a workday away, a woman who can’t afford to lose a day of work could end up “having to choose between reproductive health care and other basic needs such as electricity, medication, and food.”

Is this simply a result of some communities’ being underserved? According to Kelly Flannery, a co-author of the HRW report, structural inequality is a key part of it, in the form of housing segregation and funding disparities for rural areas. But even after socioeconomic factors are taken into account, it appears black people are systematically mistreated because of direct racial discrimination. 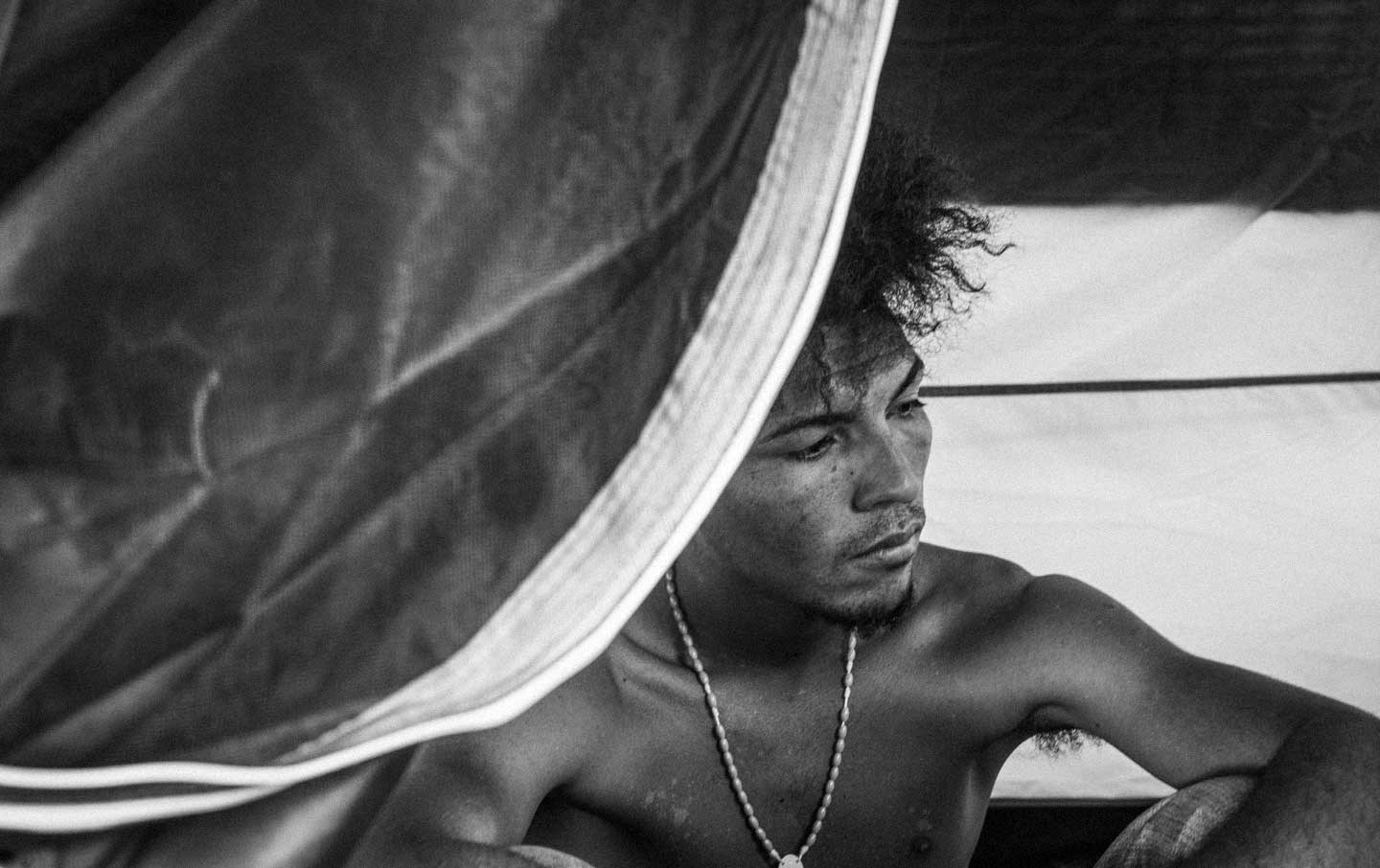 Portraits From the Exodus

“Of course, living in an under-resourced and underserved county makes access to reproductive health care harder,” Flannery says via e-mail. “But we can’t completely reduce the disparities in death rates to economics. Studies have found that even when Black women with cervical cancer earn as much as white women, they’re still at higher risk of death from the disease.”

Another barrier is simply a lack of awareness of reproductive health issues—a gap that is perversely enforced by the state’s puritanical education system. The South is ground zero for biblically inspired “abstinence only” programs, which steer sex-ed classes away from evidence-based discussions of contraceptive issues and reproductive-health care. Instead, state law dictates that teachers must promote abstinence until marriage and promulgate heterosexual norms of reproductive health. HRW points out that some schools may opt not to offer sex-ed classes at all.

But with Alabama’s regressive and inadequate programming, Flannery argues, which admonishes against sex before marriage and sidesteps questions of sexuality, schools might “deepen the danger that pre-existing, systemic inequalities will continue to be perpetuated because of where student’s live, what schools they attend. Something has to change.”

Such education is particularly vital to black women, because of a history of well-earned mistrust and alienation from the medical community that stems from a cruel history of ethical abuses and scientific racism in medicine.

Today, the abuse is more subtle. Black women find themselves at the mercy of a threadbare medical safety net that has been left in tatters by massive budget cuts. The state has not moved to expand Medicaid coverage—main source of insurance for about four in ten poor women nationwide—under the Affordable Care Act. Meanwhile, Trump’s 2017 budget proposal guts the federal Medicaid budget by 15 percent over 10 years. Although Alabama does operate one program offering reproductive-health care services to uninsured women, researchers note that the budget has dwindled to the point that the program currently reaches fewer than 20 percent of the eligible population, and the staff have resorted to curbing their outreach to avoid taking on too many new patients.

The gaps in the system strafe the bodies of women like Darcy, a 57-year-old resident of Choctaw. After losing health-care coverage from 2001 to 2015 when her husband lost his job because of a disability, she discovered too late that she had developed Stage II endometrial cancer. Though she eventually obtained treatment through Medicaid, she told interviewers:

Another barrier to gynecological care for poor women is Alabama’s draconian restrictions on abortion services; the vast majority of counties lack an abortion provider, and the government has adopted legal language that criminalizes abortion. For reproductive health in general, Flannery argues, “Things like immunosuppression, having other sexually transmitted infections, and giving birth often or at a young age are all risk factors for cervical cancer. Access to abortion and contraception are essential to empowering women to exercise better control over those risk factors.”

Ironically, in the official debate over health care for the poor in Washington, lawmakers tend to fixate on policing individual choice, not biased policies. Yet the government’s treatment of black women who are dying needlessly of cancer speaks to a choice of a different, crueler kind: the system’s choice to remain willfully blind and viciously indifferent to those whose lives seem to matter least.