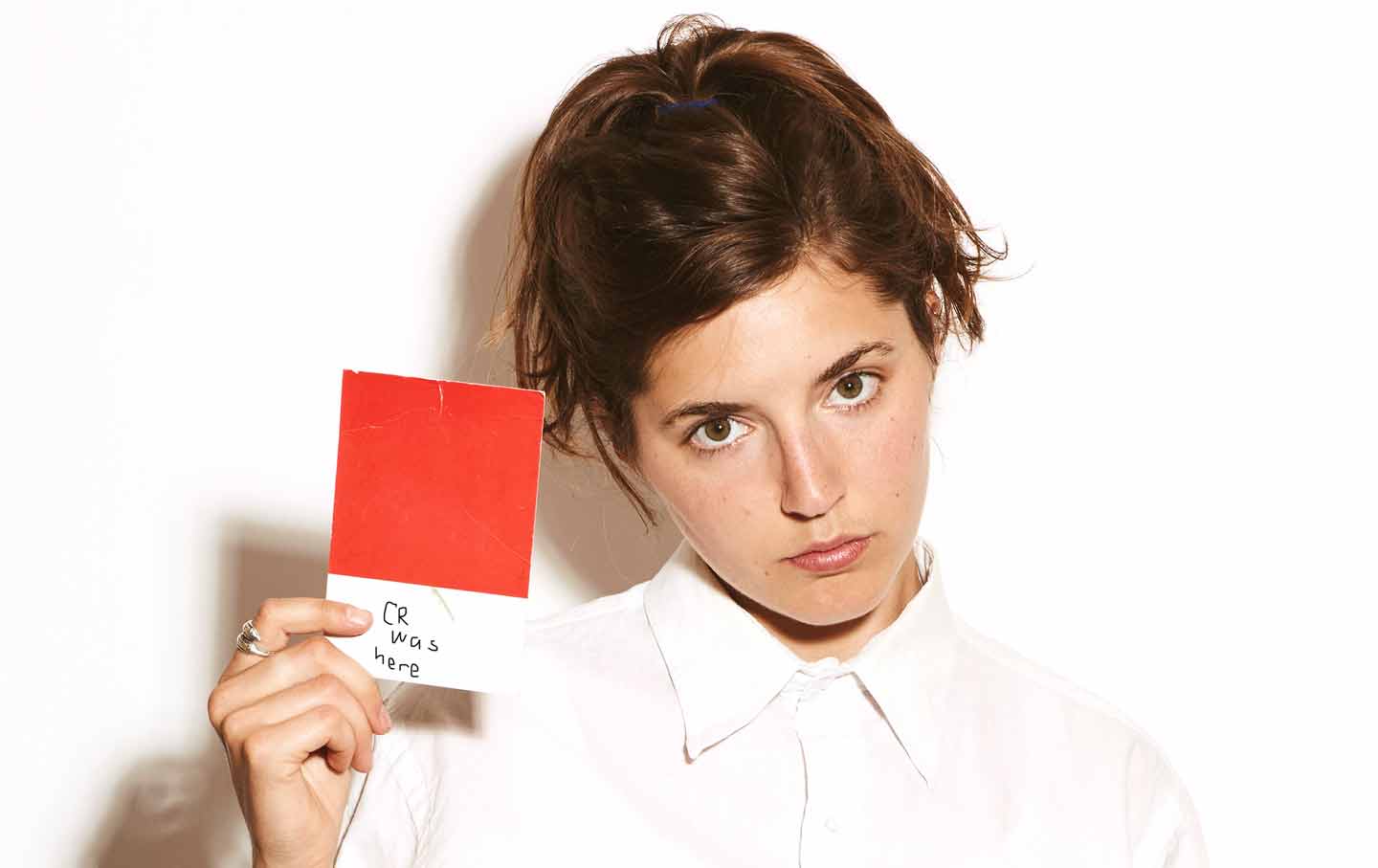 Caroline Rose has always been thought of as a guitar-picking folk singer, often compared to Brandi Carlile, Emmylou Harris, and Lucinda Williams. Rose’s earlier albums, America Religious (2013) and I Will Not Be Afraid (2014), mostly feature acoustic songs that she wrote in 2012, when she spent much of the year traveling around the United States in her van. Lyrics about a farmer’s discontent, images of sunbeam-lit patches, and mentions of “Highway 61” and “sweet perfume” planted Rose’s music firmly within the Americana footprint.

Americana took on its name as a contemporary genre in the 1990s as an attempt to update the country, bluegrass, folk, and roots-rock music from which it draws. Williams’s Car Wheels on a Gravel Road (1998) remains the seminal Americana album; its influence can be heard throughout the genre, and many artists—including Jason Isbell, whose Something More Than Free won the Grammy for Best Americana Album in 2016—have expressed their admiration for Williams over the years.

But like any genre, Americana can act like quicksand, coming to feel restrictive to the artists who dance around its edges. The country that Americana conjures is made up of rugged frontiersmen and humble women, rural landscapes and flaming-orange sunsets. The songs tell stories of simpler times, and as a result the genre tends to recruit and retain musicians for whom the simpler times were also the good ol’ days. That leaves out quite a lot of people, and Rose, still in her mid-20s, felt she’d outgrown it.

The lack of diversity is “a huge reason why I wanted to leave the genre,” Rose told me. “As a queer artist, I didn’t feel fully OK discussing my sexuality.” Still, she held on to the desire to write and perform meaningful­­­­­­ songs laced with imagery and scenes from across the country. She admires Americana for its devotion to storytelling but longed for different sounds and toys to tinker with: distorted guitars, drum machines, synths. So if Rose was done with Americana, what sort of new music would she make?

The result of this period of soul-searching is Loner, Rose’s third full-length album, released on February 23. On it, she and her co-producer, Paul Butler, play almost all the of instruments, and in a complete departure from her previous albums, programmed drums and bass synths are the stars of this record. Loner is a searing amalgam of the traditional and the modern.

Dizzying synths yield to familiar surf-guitar riffs on the track “Bikini,” creating a sound that one would expect from the Beach Boys if Pete Townshend replaced Brian Wilson at the helm. Other tracks, like “Jeanie Becomes a Mom” and “More of the Same,” reveal Rose’s fondness for a catchy tune. Her approach to melody is straightforward yet sophisticated, full of rhythm, and recalls the genius of Brill Building songwriters like Carole King.

Meanwhile, the tone of Rose’s unfussy alto matches the simplicity of the music. “Getting to Me,” a plucky ode to life’s mundaneness, is the album’s token catnip. It’s difficult to listen to the song only once. That it’s about how unremarkable life is makes its catchiness surprisingly disturbing. This pop-inflected approach to life’s unsettling realities is Loner’s signature feature.

As a lyricist, Rose is a diligent note-taker of life’s little moments. Her knack for observation served her well in the Americana idiom, where the greatness of a song is measured by the story it tells. On Loner, quotidian details continue to be the shining element. Loner’s lyrics are simple, unadorned depictions of everyday life. They sound like responses to creative-writing prompts: In three verses, describe the scene around you.

In “Getting to Me,” for instance: “Waitress sets the tables / Two and four and six / Laying placemats / Knife, fork, spoon upon napkin.” There’s a lot that Rose leaves for the listener to infer. With her elongated vowels and the spunky synths, surf-rock guitars, and pedal effects, Loner is full of zingy sonic details that, coupled with Rose’s lyrics, create songs at odds with themselves. They puzzle the senses and invite you to consider what deeper meanings are there. Beyond the frenetic, fretboard-dashing guitar opening of “Money,” there’s a song about greed. Money, Rose suggests, is more motivating than sex, religion, the law, even love. It’s the only reason we do something instead of nothing. And she implicates herself: “I didn’t do it for a thing, man, other than the money!” But listening to this slaphappy song, it’s easy to forget about the lyrics and dance along to its propulsive rhythm.

With each return to Loner, the sad stories buried in the album’s catchy tracks push closer to the surface and demand the same level of attention that the melodies receive. The ability to create and exist within this tension points to Rose’s unique talent. Take “Smile! AKA Schizodrift Jam 1 AKA Bikini Intro,” for example: The desperate-sounding male voices that beg Rose to smile throughout this 49-second track? Those are the sounds of an inhospitable industry bent on dragooning female artists into wearing bikinis. “Smile!…Bikini Intro” soon gives way to “Bikini” itself: “We’re going to give you everything you’ve ever wanted / Hang a banner with your name upon it,” Rose sings in her impression of an insincere industry exec promising her success in exchange for a little skin. Still, the song, with its Link Wray–style rhythm guitar, sounds incessantly optimistic.

Loner is a tight, carefully crafted pop album that asks big questions and studiously avoids the easy answers. When confronting social and cultural injustice, Rose never sounds militant but still manages to get her point across. She may have discarded the Americana label, but Caroline Rose isn’t done with America.