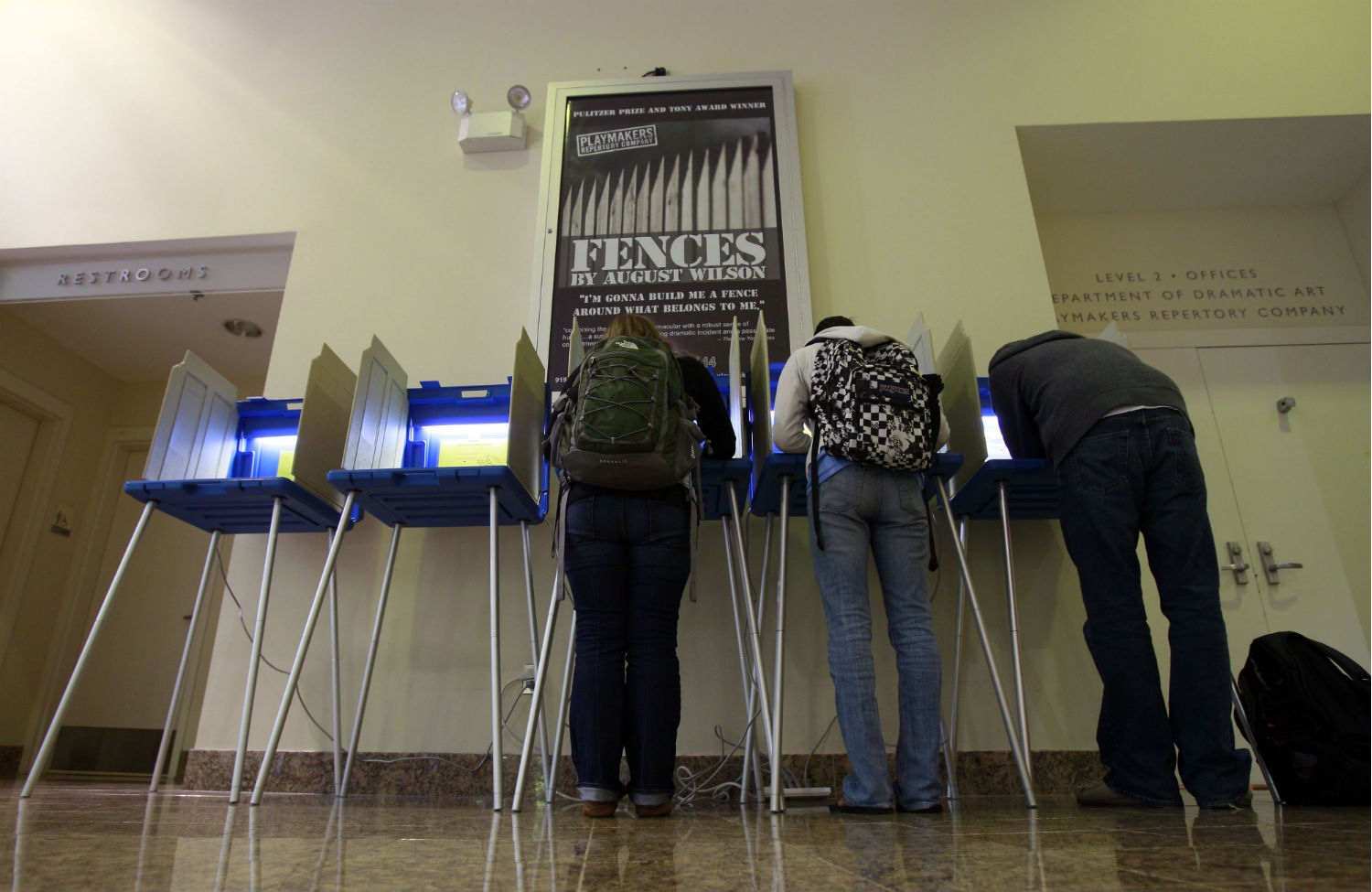 Here’s a question that my fellow youth climate activists and I face: do we use existing systems to build a better world, or do we try to create new systems that bypass the ineffective institutions that have abandoned our generation?

Let’s start with the Republicans. The party knew exactly what it was doing. It produced disciplined and coordinated candidate platforms guided by comprehensive databases mastered for insights into each individual voter. The result was targeted messaging that masked the party’s true intention: empower elites to maintain the status quo of entrenched economic inequality and destructive climate change denial. Intentionality, control and power supported the Republican platform. The party has skillfully created a “false mandate,” changing American politics with ~4.3 million votes and billions of dollars in campaign contributions.

The Democrats failed to develop a coherent strategy of their own. Confused and timid, the party tried to distance itself from President Obama. New candidates and incumbents alike failed to provide a compelling vision for voters. There was little unity and cohesion. The grassroots network that elected Obama didn’t activate to produce the voter turnout needed to turn the tide.

This is where the dilemma arises. What are Democratic and Progressive platforms to do in this situation? They can attempt to play the Republican’s game by using clever messaging to manipulate a population into supporting their agenda. Tom Steyer this approach, pouring millions of dollars of his own fortune into key races with the hopes of counteracting conservatives; financial influence. Steyer’s theory didn’t play out exactly as planned but he did win four of seven races in a very tough electoral year for Democrats.

But if the Democrats take the Steyer approach, does it only perpetuate the broken, ineffective, and corrupt system that is modern American politics? It is time for progressive politics to forge new paths and create agendas that build trust and transparency, revolutionize campaign funding and ensure that politicians respond to constituents over lobbyists.

Obama built an unprecedented grassroots network that catapulted him to office in 2008. Where are those networks now? Obama abandoned them after his election. He failed to build on the extraordinary momentum he achieved. Now the same grassroots have abandoned Obama. As I wrote recently for The Nation, the fossil fuel divestment movement can lay the foundation for the next wave of political mobilization around progressive causes. The movement targets corporate influence and is building a powerful new consensus around the need for bottom-up change.

This isn’t an “either-or” situation. We need to excel in the politics of the system—Steyer’s approach—but we also need the grassroots strategies that create alternative structures. We need complementary strategies. As we create this new vision of what our world can be, it’s important to understand what’s broken in the existing systems so that we don’t perpetuate the same abuses and corruption.

If we’re going to challenge the influence of money in politics and reinstate the voice of the American people, then it’s high time that we start acting like it. We must learn to act in ways that align with the kind of world that we want to create. Voting is just one of many tools in our kit.