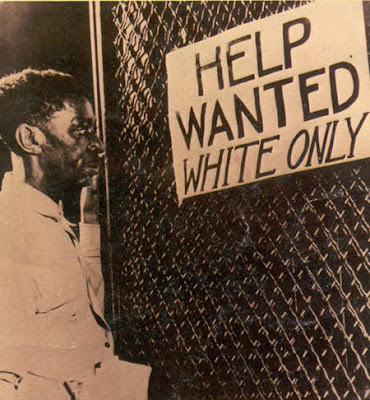 Congress passed the Alien and Sedition Acts in 1798. These four acts of Congress were meant to protect the new nation from French immigrants. They reflected a broad paranoia that French newcomers would poison American minds and weaken the new American government.

By 1802 President Thomas Jefferson led the repeal of most of these acts because they overstepped federal authority and instituted unjust restrictions.

In 1845 the Know Nothing movement in the United States formed a national political party based in nativist sentiment. This “Native American Party” rested on populist fears of Irish immigration. The Irish, they argued, were streaming into the United States. The Know Nothings argued that these Irish were unwelcome labor competition, and that these new immigrants were bringing with them foreign values, specifically Catholicism, which were a threat to American values.

By 1860 this party was extinguished.

In 1882 President Arthur signed into federal law the Chinese Exclusion Act. Chinese immigrant labor was the infrastructure backbone of the 19th century California Gold Rush, but by the 1880s a significant economic downturn increased competition and turned up animosity. Fueled by scarcity-stoked fear, nativists pushed an anti-immigration agenda, culminating in the 1882 Act that excluded Chinese workers from entering the United States.

In the 1880s Reconstruction ended in the U.S. South. States of the former Confederacy began to enact legislation that stripped black citizens of the right to vote, ejected black office holders from their posts, and forcibly segregated public accommodations and public transportation. Architects of these Jim Crow Laws justified the exclusion of black Americans from the public sphere as a protection of the values and culture of Southern life.

In 1964 the Civil Rights Act ended segregation in public accommodations.

In 1890 the state of Wisconsin passed the Bennett Law and the state of Illinois passed the Edwards law. Both restricted the use of German-language instruction in the state’s classrooms. These were antagonist legislative acts meant to cripple the extensive German parochial school system in these states. Many believed German immigrants to be a threat to American values and political interests.

In 1942 the United States began the forcible internment of more than 100,000 Japanese nationals, more than half of whom were American citizens. The “War Relocation Camps” were justified as a protective measure for American interests in the wake of Pearl Harbor.

In 1945 the internment camps were closed and in 1948 reparations were made to many of the survivors.

In 2008 the United States of America elected its first black president. He is the son of a white woman from Kansas and a black man from Kenya. He was born in an American state with a sizeable Japanese-American population. He went to grade school in Indonesia. He chose a Catholic man as his running mate. In the general election he won Virginia, a state that was once the capital of the Confederacy.

In 2009 he worked with Congress to craft legislation aimed at providing affordable health insurance coverage to all. While addressing a joint session of Congress he was called a liar by a Representative from South Carolina. Those who opposed his policies decried him as a socialist, a Nazi, a bigot and a murderer. They suggested that his ideas were dangerous and threatened the values of the United States.

We have been told we cannot do this by a chorus of cynics who will only grow louder and more dissonant in the weeks to come. We’ve been asked to pause for a reality check. We’ve been warned against offering the people of this nation false hope.

But in the unlikely story that is America, there has never been anything false about hope. For when we have faced down impossible odds; when we’ve been told that we’re not ready, or that we shouldn’t try, or that we can’t, generations of Americans have responded with a simple creed that sums up the spirit of a people.

It was a creed written into the founding documents that declared the destiny of a nation.

It was whispered by slaves and abolitionists as they blazed a trail toward freedom through the darkest of nights.

It was sung by immigrants as they struck out from distant shores and pioneers who pushed westward against an unforgiving wilderness.

It was the call of workers who organized; women who reached for the ballot; a President who chose the moon as our new frontier; and a King who took us to the mountaintop and pointed the way to the Promised Land.