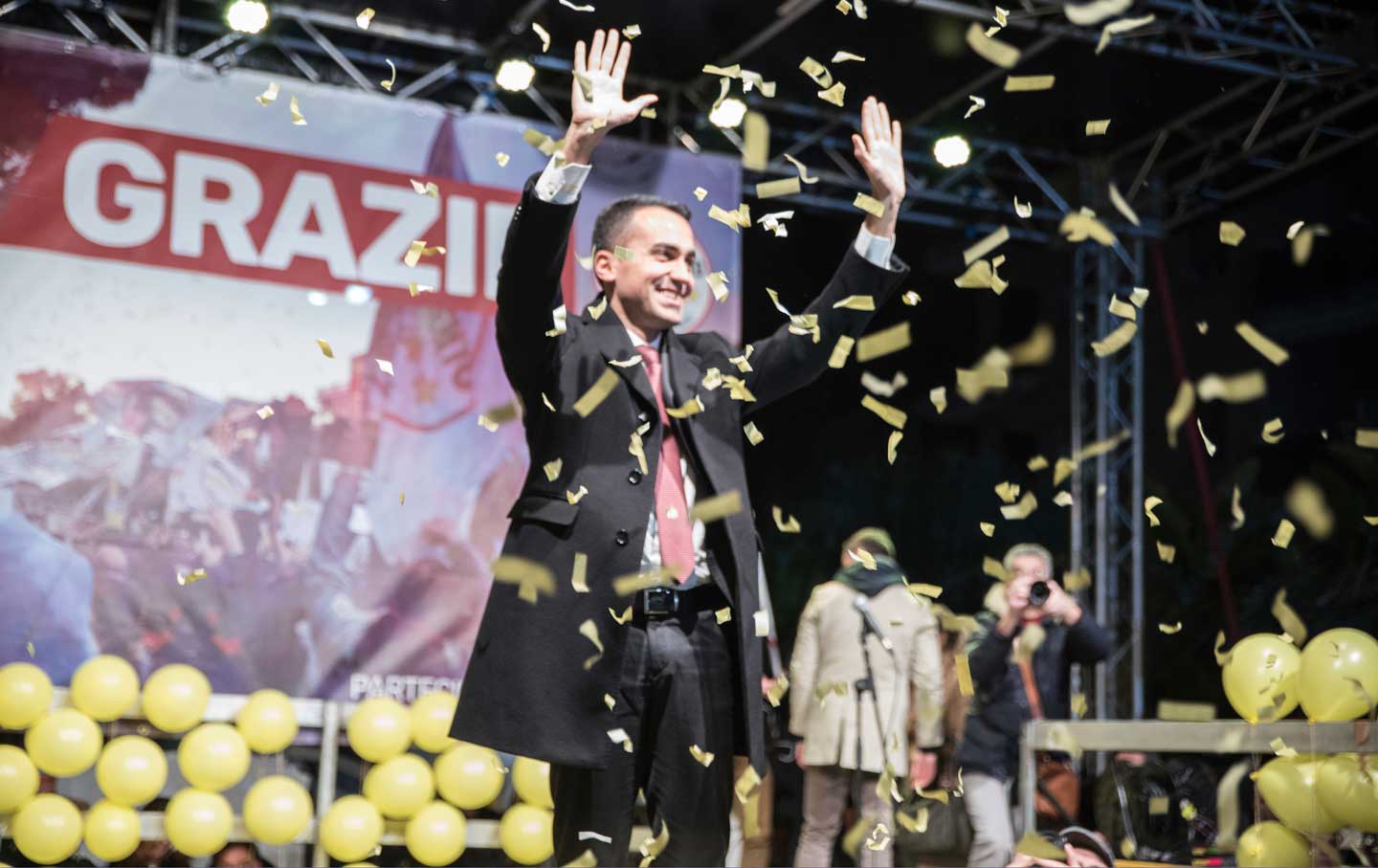 The success of the Five Star Movement (Movimento Cinque Stelle, M5S) in Italy’s general election on March 4 was perhaps expected (even if there was some incredulity, especially outside the country), in view of the country’s prolonged political and economic crisis. The movement’s one-finger salute to politicians, journalists, and EU institutions—the Vaffanculo! (fuck off) represented by the red V in the word Movimento on its badge—appealed to the anger of millions of voters; Italians seemed to like its cathartic effect.1

A study by economists Guglielmo Barone and Sauro Mocetti in 2016 showed that the richest families in Florence today have the same surnames as (and may be descended from) families whose huge wealth was already shocking to Italians in the 15th century. And the way economic power has remained in the same hands may partly explain why 11 million Italians voted for M5S. The parties that have governed Italy for the last two decades and more are responsible for slack economic growth (not helped by the international financial crisis), high unemployment (especially among the young), and uncontrolled public debt. Combined with corruption scandals linked to the omnipresent Mafia and other criminal networks, this disastrous record has crushed Italians’ confidence in their leaders. Many see M5S as a way out, and a promise of revenge on politicians whom they see as constituting a “caste” concerned only for its own privileges.2

Giuseppe “Beppe” Grillo, founder of M5S, who has almost disappeared from the leadership in the past few months, had warned on his blog in 2014 that the Five Star Movement aimed to fight three categories of opponent: “Journalists who cover for each other to protect the caste (and their own incomes); industrialists who support the regime, and are always ready to do favors for it (or guarantee votes for it) in return for access to public contracts or concessions; and finally politicians, who are worth less than prostitutes.”3

Luigi Di Maio, 31, M5S’s candidate for prime minister, hailed the election results and announced the start of a “Third Republic,” to be built on the ruins of the current Second Republic, which in turn was built on the ruins left by the many corruption scandals that punctuated Italy’s political history until 1994; the moment of collapse for the major political parties which had emerged after the Second World War was the election of Silvio Berlusconi that year. When M5S took part in its first national election in 2013, it promised to open up Italy’s parliament “like a can of tuna” to reveal its secrets, schemes, and horse-trading.4

Today, Di Maio says that M5S is ready to govern, and other parties will have to negotiate with it; Grillo’s online movement, founded in 2005, has grown rapidly and is now Italy’s single biggest movement, even if the north voted for the right-wing Northern League (Lega Nord).5

The phenomenon is partly explained by the online information tools M5S has developed to help its supporters participate and so attempt to establish direct democracy, with opportunities to choose candidates and representatives, decide the party’s position on different issues, and take part in referendums. M5S promotes a concept of democracy based on the principle of online discussion, which it claims gives greater legitimacy to its decisions. Its digital-utopia approach, organizing public consultations through Internet forums, has already changed Italian politics. Anyone can now express an opinion or mood with a simple click, without the constricting mediation of a party, trade union, or newspaper.6

Another factor is that M5S, at least for the moment, is the only political entity in Italy with an almost-clean record. Politico-financial scandals are so frequent that one follows another with no effect, other than to reduce a little further the credibility of the parties involved. M5S’s attraction lies in its premise that any ordinary member of the public with no political experience will always be more honest than a professional politician from the old regime. No M5S meeting takes place without activists’ chanting their favorite slogan of Onestà, onestà! (honesty, honesty) at some appropriate moment.7

M5S’s rapid ascent is also linked to its popular, though costly, promise to establish a universal basic income. Even if this would be relatively small, both in amount (€780 a month) and duration, the party’s election performance is closely correlated with unemployment levels. In the south, where youth unemployment is the highest in the European Union, it won more than 40 percent of the vote. Nationally, it took the largest share of the vote among the unemployed, factory workers, office workers, housewives, and students. It offered a generous social program, including more money for schools and hospitals and a pension increase, and it promised to cut taxes. But this alone was not enough to differentiate M5S from its rivals: All the major political players in the March election proposed to increase public spending and cut taxes.8

M5S’s post-ideological approach may also have acted in its favor. Because it is not encumbered by a preestablished political position or belief system, M5S’s program is infinitely flexible and can be steered whichever way the wind blows. This allows the party to attract voters with diametrically opposed views. The movement’s PR strategy strengthens this. The thundering Beppe Grillo and his acolyte Alessandro Di Battista attract the most radical voters, while the serious, conciliatory Di Maio reassures moderates. Political scientist Ilvo Diamanti compares M5S to a bus that picks up left-wing passengers at one stop, and right-wing or far-right passengers at the next, collecting a broad range of anti-political protest voters.9

“M5S is neither right-wing nor left-wing: it is on the side of the people,” Grillo said on his blog in 2013. “We are fiercely populist. If a law is good, we vote for it; if it’s bad, we don’t.” In this worldview, fascism and communism are both condemned by history, along with the traditional parties, which are regarded as obsolete. Many Italians share this outlook, so that the term “ideology” itself is now perceived as a dirty word. The idea that Italy needs to try something else, going beyond divides, is gaining ground.10

On sensitive issues such as gay rights and immigration, M5S usually avoids taking a clear position. In a study with Michi Amsler, I attempted to measure the elasticity of its message over the last decade on the basis of Grillo’s blog, which serves instead of an official communication channel. His prolific writing (he manages a post a day) covers an impressive variety of subjects. It’s more a discussion of a particular idea of direct democracy than a formal position on the subjects mentioned. More often than not, it articulates a Manichaean worldview in which a virtuous people opposes a corrupt elite.11

Even the five stars, which are supposed to symbolize the movement’s priorities (public water supplies, public transport, sustainable development, free Internet access for all, and environmental protection) have gradually lost their importance. They were central to the party’s message in 2005 and 2006, reappeared in 2011 and 2012, and then vanished again.12

M5S shows its greatest flexibility on Europe. Though M5S had shown little interest in the issue between 2005 and 2013, it became a major focus before the 2014 European elections, when the movement threw itself into the debate, calling for Italy to leave the eurozone, though promptly forgetting, the day after the ballot, that it had ever made that demand. Grillo explained at the time that M5S has no doctrine or ideology, and that its position is “very clear and adaptable: we are equally willing to stay in the euro or leave, depending on what is in the country’s best interests.”13

“In private, I read The Economist”

Though these constant changes of direction, justified through online consultations, may help to win votes in the short term, they may not be tenable in the long term. If M5S is to be entrusted with leading a government, it will have to take a position on issues that divide opinion, and thereby risk angering some of its voters. And the movement’s policy of choosing candidates on the basis of honesty rather than skills or experience isn’t always a good thing. The “economist” Alessia D’Alessandro, whom Di Maio chose to join his team of experts, may one day have to explain why she has no formal qualifications in economics, but only a vague interest in the field (she once said, “In private, I read The Economist”). The succession of gaffes and scandals in which M5S’s Virginia Raggi has been involved since her election as mayor of Rome in June 2016 shows that a few clicks on the Internet are not always enough to ensure that the best candidates are chosen, nor to guarantee perfect transparency.14

M5S voters have many reasons to feel betrayed or disillusioned by Italy’s plight. This is not a uniquely Italian mood. Post-ideological parties are gaining influence in other European countries. Almost everywhere, social-democratic parties are withering, while conservative parties see part of their voter base drifting towards the far right. Renouncing all ideology may seem like a magic formula for winning a large share of the vote.15 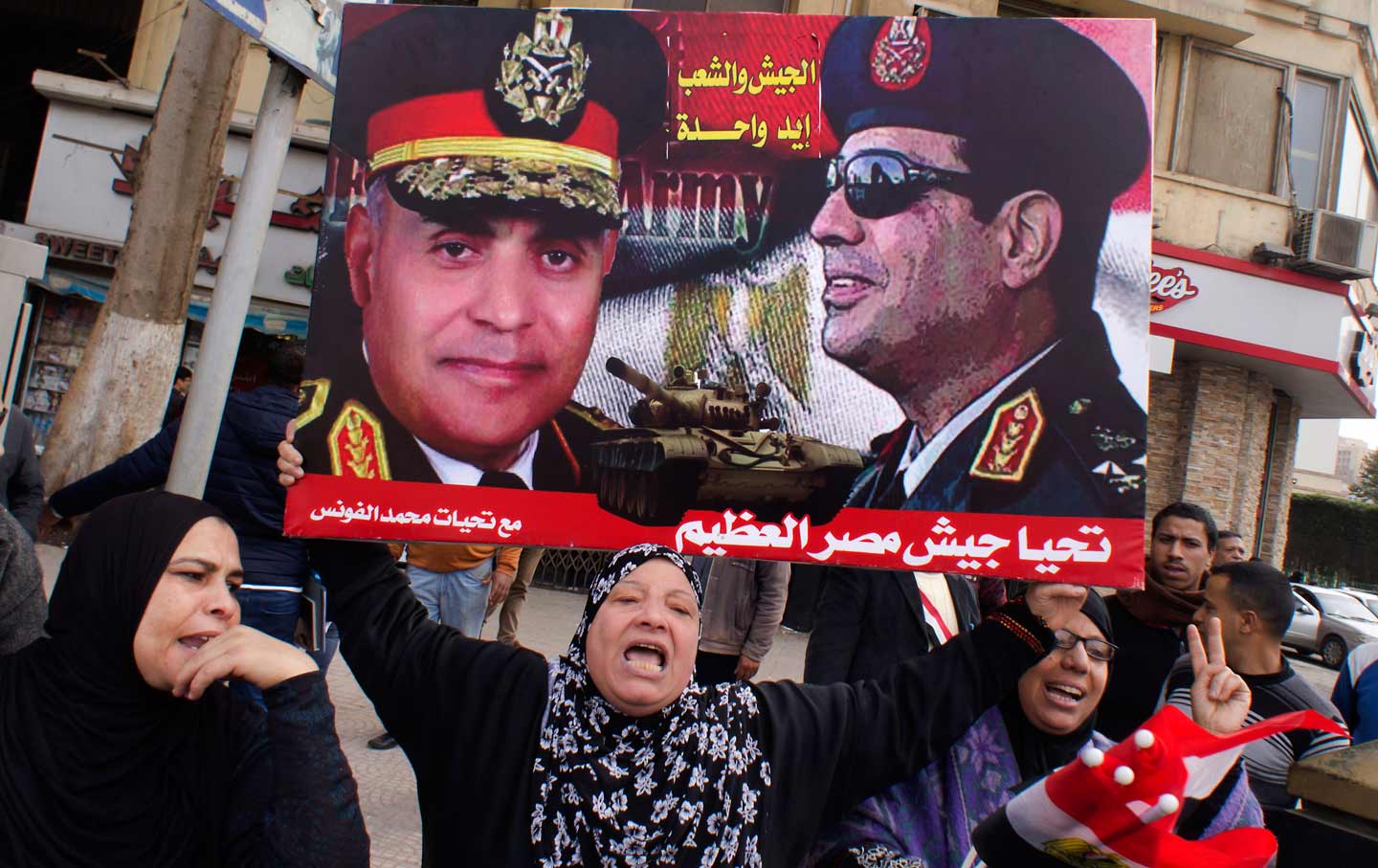 ‘Its Painful to Experience Your Own Defeat’

It is becoming ever more difficult to classify parties as left-wing or right-wing. A party can be right-wing on identity or culture, campaigning against immigration or same-sex marriage, while taking a progressive position on economic and social issues. Yet, for the moment, M5S is unique in Europe. No other party or movement is so frankly post-ideological. Spain’s Podemos was also born out of a participatory movement against inequality and corruption (the Indignados Movement) and shares M5S’s infatuation with direct democracy, but is clearly left-wing. Marine Le Pen’s Front National in France and the UK Independence Party (UKIP) both maintain that they are neither left-wing nor right-wing, though their nationalist message clearly places them on the far right.16

In fact, M5S is better compared to the Pirate parties that flourished for a time in Sweden, Germany, the Czech Republic, and Iceland. These too advocated direct democracy, transparency, freedom of the press, and the fight against corruption, before in some cases collapsing due to a lack of strong and coherent leadership, and of a sufficiently large, especially working-class, voter base. Italy has always been a political laboratory for the rest of Europe—it tried fascism in the 1920s, political instability in the ’60s, and government by experts in the ’90s—and politicians elsewhere could usefully take inspiration from M5S’s strategy.17