Our climate is changing, and our approaches to politics and activism have to change with it. That’s why The Nation, in partnership with the Food & Environment Reporting Network, is launching “Taking Heat,” a series of dispatches from the front lines of the climate-justice movement, by journalist Audrea Lim.

In “Taking Heat,” Lim will explore the ways in which the communities that stand to lose the most from climate change are also becoming leaders in the climate resistance. From the farms of Puerto Rico to the tar sands of Canada, from the streets of Los Angeles to Kentucky’s coal country, communities are coming together to fight for a just transition to a greener and more equitable economy. At a time when extreme-weather events and climate-policy impasse are increasingly dominating environmental news, “Taking Heat” will focus on the intersection of climate change with other social and political issues, showcasing the ingenious and inventive ways in which people are already reworking our economy and society. There will be new dispatches every few weeks (follow along here).

Hurricane Maria sent Magha Garcia back to the beginning. In 2010, a brigade of 18 farmers had helped her cut trees, open roads, build a cistern, and start to plant a nursery for her new farm, Pachamama Bosque Jardín, on 13 acres of land in Mayagüez, Puerto Rico. Five years earlier, Garcia had been living in the city of Corozal when mass layoffs hit. She lost her job as a social researcher, and wondered what to do next. 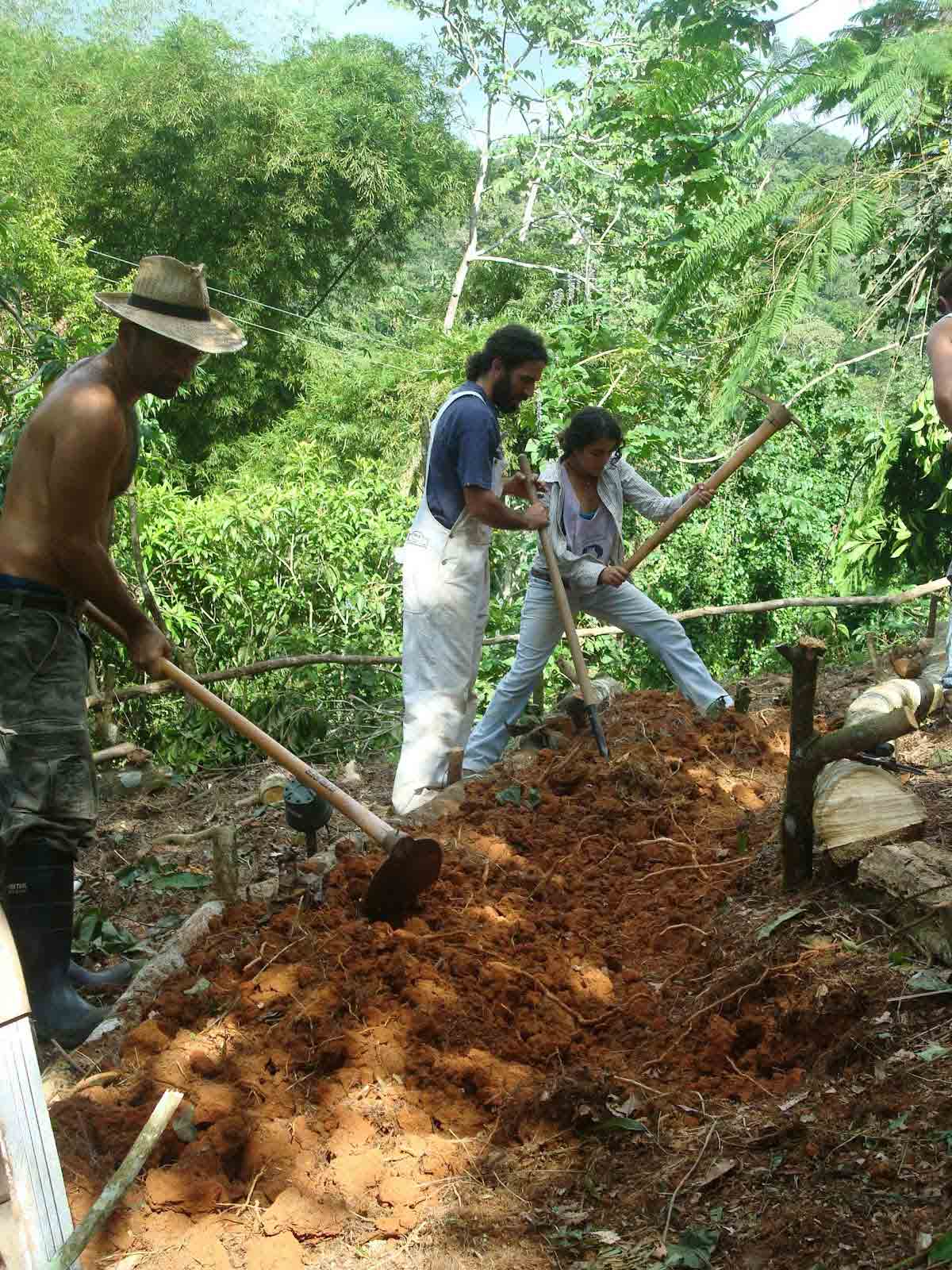 Garcia was 45, an age at which capitalism “doesn’t consider you a person who’s producing anymore,” she says, unless you’re someone with knowledge capital, “a consultant or adviser.” That was not Garcia’s case, and so her future in the city looked grim. She had been raised on a farm, in a family of farmers. “Better start growing my own food,” she decided.

In September 2017, Hurricane Maria dumped more than 30 inches of rain on parts of Puerto Rico, destroyed about 80 percent of the islands’ crop value, and left some towns without power for more than six months. Most distressingly, an accurate death toll remains elusive; though the government’s official toll lists 64 people as having died from Maria, some studies have come up with counts of more than 4,600.

Garcia’s root vegetables—ginger, cassava, taro, yams—survived the deluge, but most of her fruit trees were ruined.

Soon thereafter, another brigade arrived at Garcia’s farm, helping to clear the felled trees and restore a measure of order. She lives alone on the land and doesn’t have a lot of money. Government help was slow to materialize on the islands—the Federal Emergency Management Agency has been accused of being absent in the days after the storm—and ultimately proved to be inadequate. Without the volunteer assistance, Garcia says, rebuilding “would’ve been really challenging.”

In the absence of robust government aid, farmer brigades have helped to repair and restore countless farms since the storm. Some are affiliated with the Organización Boricuá de Agricultura Ecológica de Puerto Rico, a network of small-scale farmers that counts Garcia as a member, and that has been promoting the practice of agroecology on the archipelago since 1989.

Agroecology is an approach to farming that promotes diversity (through crop rotation, polycultures, or livestock integration), uses natural systems (such as planting flowers to attract insects that keep pest levels under control), and relies on farmers’ knowledge of local conditions. The result can be higher yields at lower costs, along with the more efficient use of resources and space, self-regulating agricultural environments, and self-sufficiency for farmers, who not only can feed themselves (rather than simply grow commodity crops for export), but won’t have to depend on commercial seeds and chemical pesticides and fertilizers.

This holistic approach treats farming as a component of its surrounding ecology, unlike the industrial monoculture model that seeks to maximize profit and efficiency, often at the expense of the environment. The negative effects of industrial farming are well-documented: pollution from fertilizers and pesticides, depleted water sources, degraded soil. Furthermore, the global food system is responsible for around a third of the world’s man-made greenhouse-gas emissions, largely from agricultural production, the manufacture of fertilizers, and refrigeration. The changing climate is already forcing farmers to adapt, and has even pushed some off water-sapped, desertified lands. The growing frequency and intensity of extreme-weather events, like Hurricane Maria, have been linked to climate change.

Agroecology isn’t the only way of farming that utilizes a holistic approach. Yet in Puerto Rico, at least, there is a harder-to-quantify piece of the agroecology movement that has been crucial to its success: the aforementioned farmer brigades.

These brigades not only act as crisis-support and mutual-aid recovery teams; they are also facilitators of adaptation and climate-smart policies. As Garcia notes, the brigades didn’t merely arrive when she was building her farm—or rebuilding it after the storm. Whenever farmers in the Organización Boricuá network need help, she says, they invite others to come with proper tools, shoes, eating utensils, and a dish to share. She considers her farm something that she shares with other Organización Boricuá members, in the sense that everyone—farming in different microclimates throughout the islands—can offer or accept help as needed, and either share or receive crops in times of abundance or scarcity.

This sharing model has its roots in El Movimiento Campesino a Campesino, which began in Guatemala in the 1970s and has since swept through Mexico and Central America. Its values of solidarity and a communal approach to production, consumption, and ownership are a stark contrast with the individualized, private-property-oriented mind-set that predominates throughout much of the United States.

At the end of the workday, the farmer hosting the brigade usually gives a workshop. Garcia’s most recent workshop introduced the many varieties of taro root and discussed how she harvested them from wild areas to plant on her farm. This was important because many of the newer farmers are young, and some don’t know how to eat the root, much less farm it.

As the climate and ecological systems are transformed, this knowledge-sharing among small farmers will be indispensable. What crops are most resilient? What methods work best? Similar interactions between farmers and the people they feed are part of the ecosystem, too. And they are at the heart of agroecology.

Tara Rodríguez Besosa didn’t understand this when she helped to start a multi-farmer community-supported agriculture group, or CSA, in San Juan in 2010. But she learned quickly.

Rodríguez Besosa had been working at the stand of her mother’s farm CSA at the local farmers’ market, where she met other growers, discovered new vegetables, and learned how to cook them at home. She realized that, were it not for her job, she might never have known about these ingredients, much less have access to them. Most people in Puerto Rico shop at the islands’ supermarkets, which are full of cheap packaged foods from global exporters and the US mainland. Rodríguez Besosa also noticed that the organic produce at the city’s farmers’ plazas (which are permanent establishments, unlike the pop-up farmers’ markets) came from California, Nicaragua, and Costa Rica, but not Puerto Rico. To understand what had happened to agriculture on her island, she began to read. 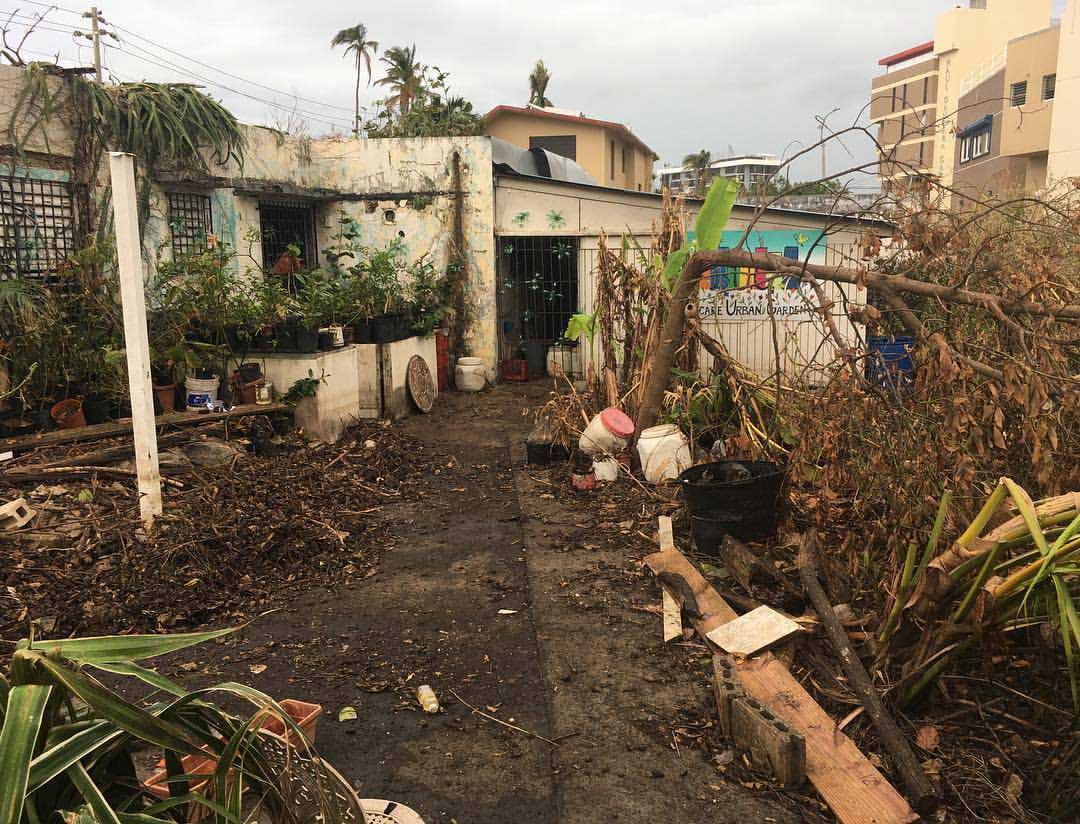 Starting in 1898, US colonialism cleared a path for the corporate takeover of Puerto Rico’s agricultural land. But in the 1940s, Operation Bootstrap, a series of projects designed to modernize the territory’s economy, promoted a shift away from agriculture toward industrialization, and many farms closed. By 2012, 83 percent of the islands’ farms were smaller than 50 cuerdas (48 acres), but those farms amounted to just a quarter of Puerto Rico’s agricultural land—and that land continued to be concentrated in fewer and fewer hands. The result is that Puerto Rico now imports about 95 percent of the food it consumes (before Maria, it was 85 percent). And because of the 1920 Jones Act, which requires all goods shipped to Puerto Rico to be transported on US vessels, the imported foods are costly.

By 2010, Rodríguez Besosa had learned enough to take action. She created El Departamento de la Comida in San Juan, an online distribution company and CSA connected to local organic farms. When she began posting photos of the produce online, people asked, “Where can I eat it?” Before long, La Comida had added a restaurant with a menu that changed according to the available produce, in an effort to reduce food waste.

But Rodríguez Besosa, now 34, decided not to reopen the restaurant after it was flooded during Maria. The farmers she worked with had nothing to sell, and, more important, their safety and livelihoods were at risk. Instead, she began raising money for small farmers and the long-term development of agroecology, utilizing the newly launched Puerto Rico Resilience Fund. And as volunteers streamed into Puerto Rico after the hurricane, the fund also started its own brigade, coordinating visits to one or two farms a week.

The brigade didn’t only visit farms. In April, its members drove to the Berwind Elementary School in San Juan, which now also houses students from the Berwind Middle School, which had been damaged by Maria. The teachers were struggling; one classroom held three separate classes at once. And despite the overcrowding and heat, some rooms didn’t have fans, says Carol Ramos, a graduate student at the University of Puerto Rico’s School of Planning. 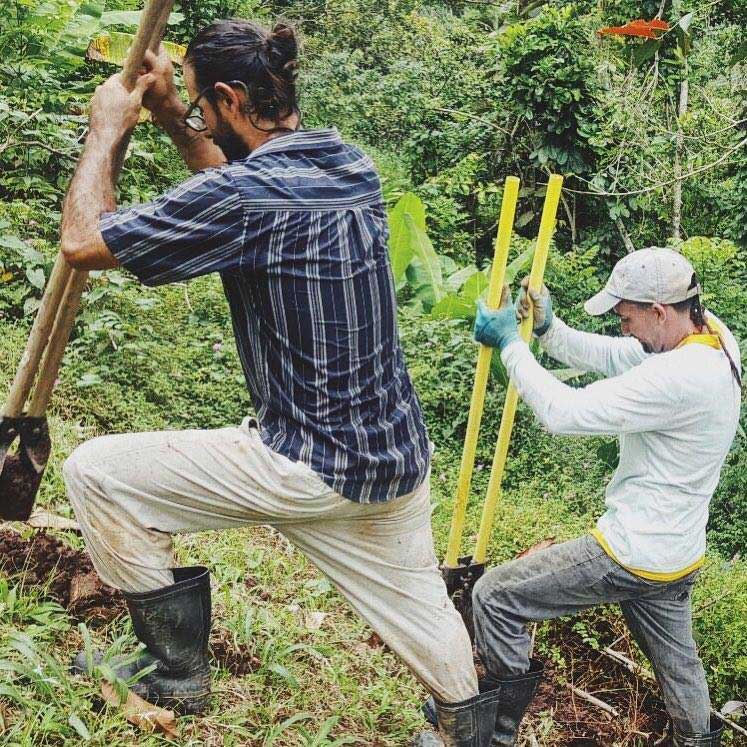 Ramos is working on a pilot project to introduce bottom-up decision-making into the school—no small feat for a school system used to top-down decision-making. And that project involves agroecology: On the three acres of green space attached to the school—highly unusual for Puerto Rico—Rodríguez Besosa’s brigade helped to build a greenhouse that will be transported to the middle school once it has been repaired. Inside the greenhouse, pumpkins, beans, tomatoes, sunflowers, oregano, guanabanas, coconut trees, and melons are growing; students will care for the plants at home over the summer.

This is important for Ramos, because agroecology is about more than just food. It’s about “food sovereignty,” she says, “which means you can decide politically where, how, and when…you want to grow food in your country.”

Still, much of Puerto Rico’s agricultural land remains in the hands of large corporations, and political and policy change comes slowly, if at all. A debt crisis, exacerbated by austerity measures that President Obama signed into law, had been slamming the territory even before Maria.

But for Ramos, dismantling the “colonial context” involves learning to make political decisions, including at the community level: What food should we grow? Should we compost? What, if any, chemicals should be used, and where? In Ramos’s view, there was no better place to start than by teaching these ideas to students—thereby empowering the next generation of leaders.

With over 500 million family farms producing about 80 percent of the world’s food, this is another way of asking whether agroecology’s lessons in democracy—and the human relationships it engenders—can be scaled up. For people like Rodríguez Besosa, the need is urgent: “We’re being bought out, literally—and not only through corporations and bonds, but also our land,” she says. “Every day, I see another person that’s not Puerto Rican purchasing something around me, either in the city or country.”

Yet her own story gives Rodríguez Besosa hope that change is possible. She just bought her own farm this spring, after Maria jeopardized her plans for a time. “I’ve seen the importance of getting something that can be owned by a Puerto Rican,” she says.

Read Next: Anthony Bourdain Knew There Was Nothing More Political Than Food