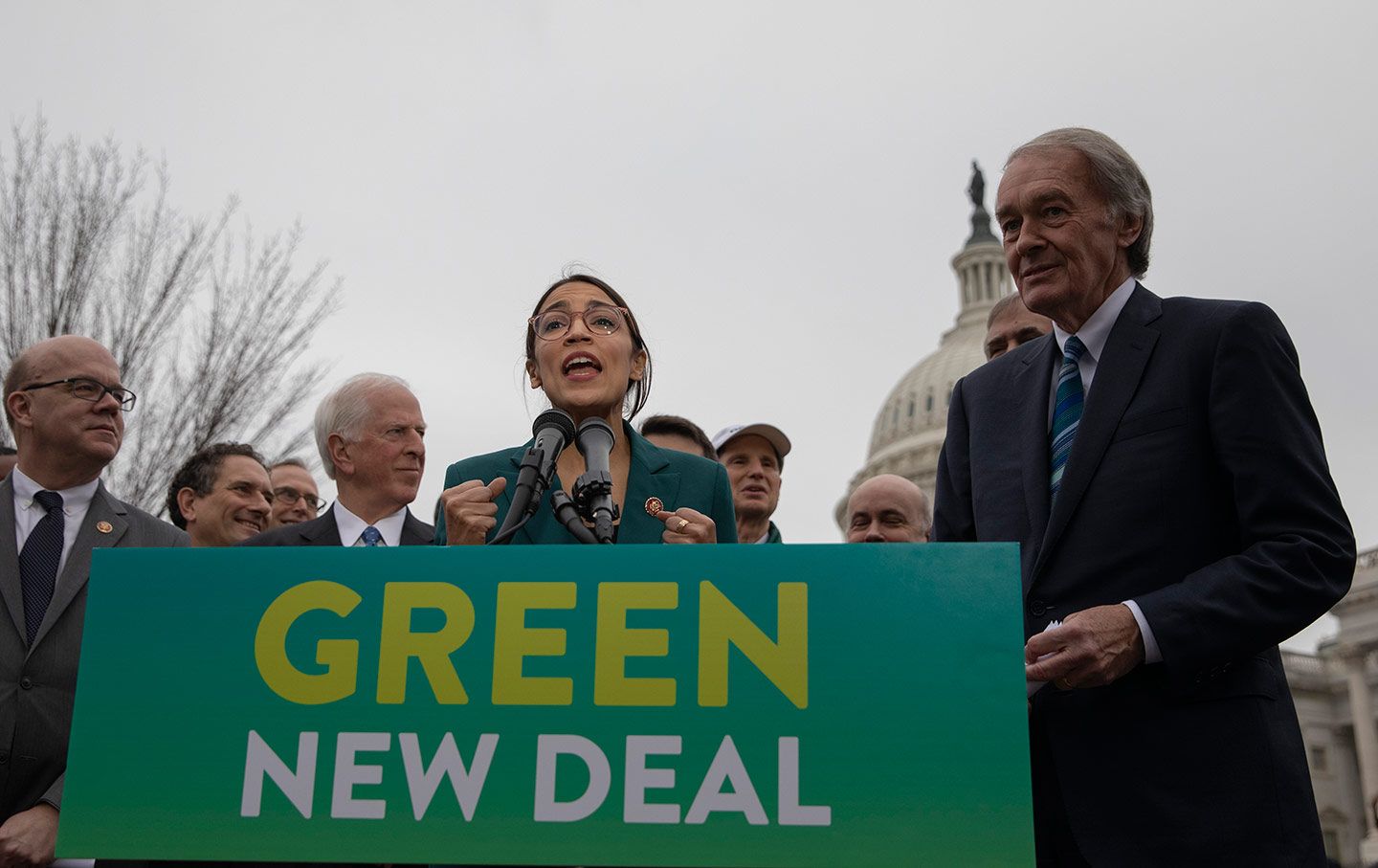 The Green New Deal—summarized in a joint resolution introduced by charismatic first-year Representative Alexandria Ocasio-Cortez (D-NY) and Senator Edward J. Markey (D-MA)—has unleashed gale-force winds in Washington. President Trump immediately incorporated it into his new “socialism” riffs about Democrats, telling a crowd in El Paso, “I don’t like their policies of taking away your car, taking away your airplane flights,” or “you’re not allowed to own cows anymore.”

Some Democrats were also aflutter. House Speaker Nancy Pelosi (D-CA) dismissed it as “the green dream or whatever they call it. Nobody knows what it is, but they’re for it, right?” Pelosi and key House committee chairs refused to back the notion of a special committee tasked with producing a comprehensive 10-year agenda. Across Capitol Hill, Republican Senate majority leader Mitch McConnell (R-KY) announced he would force a vote on the resolution in the Senate, certain that anyone supporting it would be in a boatload of trouble. In response, reports are that some Senate Democrats are considering just voting “present” to duck the question.

I’d say: Bring it on, Mitch. Let’s have a vote—preferably in both houses—that reveals the Republicans frozen in denial about climate change and unwilling to do anything serious to address it. Let’s see who on the Democratic side is prepared to stand up and who is not.