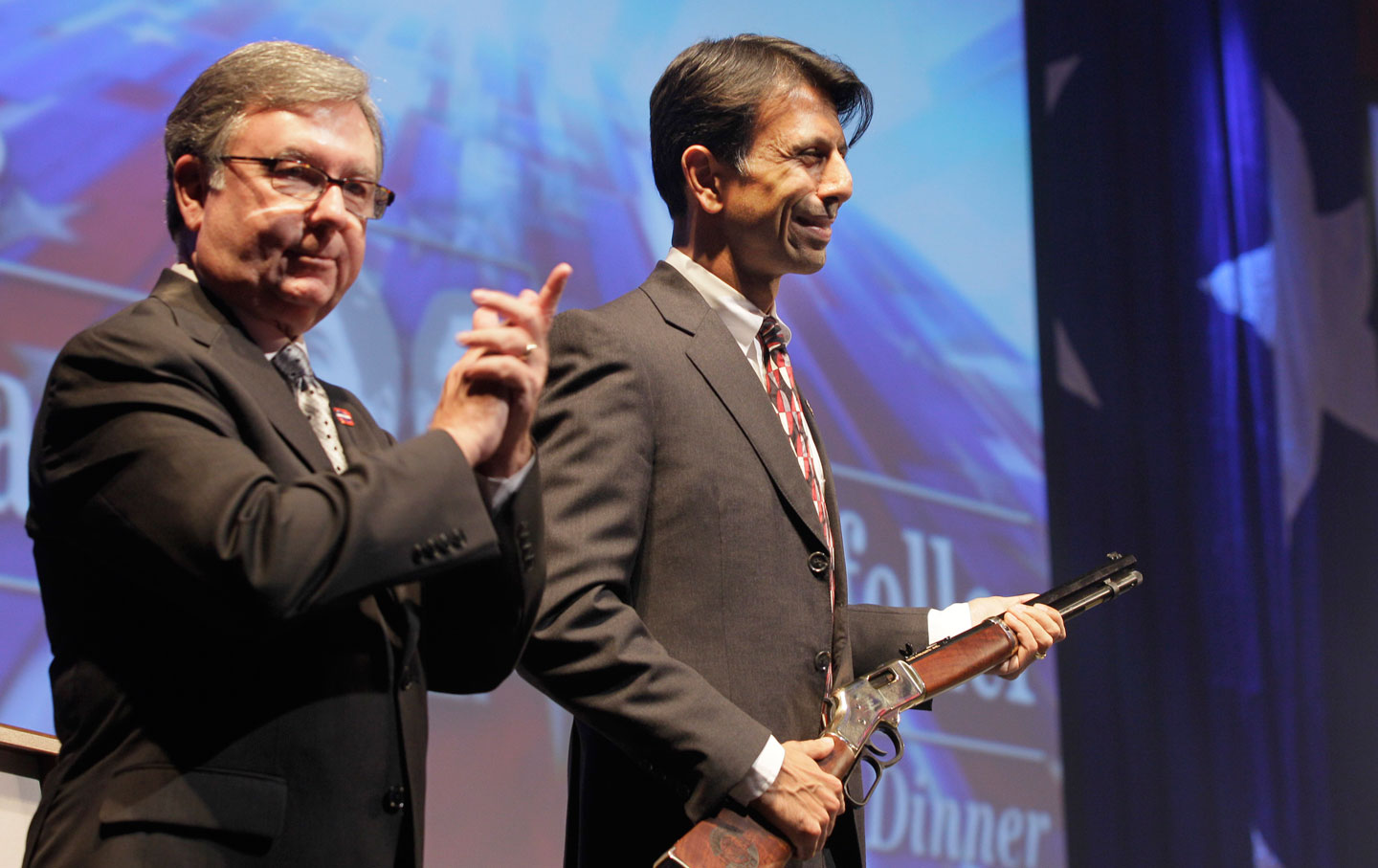 “We love us some guns,” Bobby Jindal once said of his fellow Louisianans. Two of them were killed, and nine others wounded, on Thursday night when a man walked into a movie theater in Lafayette, sat for a while, and then fired more than a dozen rounds from a .40 caliber handgun.

“We never imagined it would happen in Louisiana,” Jindal said afterward, though the state has the second-highest rate of gun deaths in the country, more than twice the national average. Louisiana also has some of the laxest firearm regulations, for which Jindal bears much responsibility. During his eight years as governor he’s signed at least a dozen gun-related bills, most intended to weaken gun-safety regulation or expand access to firearms. One allowed people to take their guns to church; another, into restaurants that serve alcohol. He broadened Louisiana’s Stand Your Ground law, and made it a crime to publish the names of people with concealed carry permits. At the same time Jindal has pushed for cuts to mental health services.

Jindal "never imagined it would happen in Louisiana,” though LA has the 2nd-highest rate of gun deaths in the US

Jindal treats guns not as weapons but political props. On the presidential campaign trail he’s posed repeatedly for photos cradling a firearm in his arms. “My kind of campaign stop,” he tweeted earlier this month from an armory in Iowa. After the Charleston massacre, he called President Obama’s mild comments about gun violence “completely shameful.” The correct response then, according to Jindal, was “hugging these families,” and “praying for these families.” On Thursday night Jindal hurried from Baton Rouge to the parking lot of the theater in Lafayette and again called for prayer. “Now is not the time,” he said when a reporter asked about gun control. It is the time, he said later, to send the victims “your thoughts, your prayers, your love.” Meanwhile, Jindal’s campaign staff were reportedly contacting people commenting on Twitter about Louisiana’s gun violence problem and telling them to “put politics aside.”

“When it comes to the Second Amendment, no governor in the last four years has done more to protect our freedoms than Bobby Jindal,” an NRA official said of Jindal during his reelection campaign in 2011. Few have done as much on behalf of the NRA, certainly—and as little to protect their constituents.