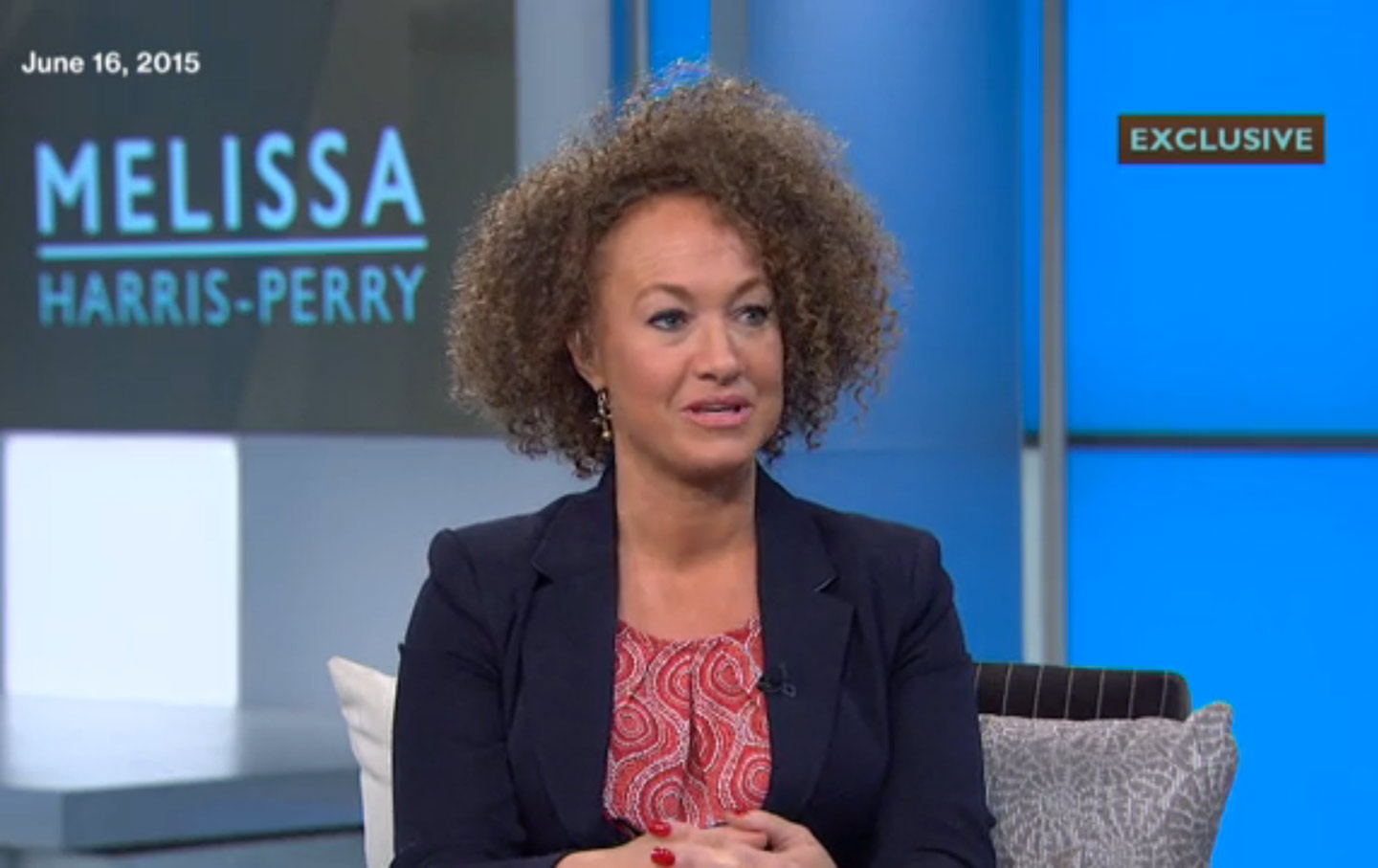 Last week, in the aftermath of the Rachel Dolezal revelations and the Charleston massacre—the trivial and tragic, a very American dialectic—the historian Nell Irvin Painter, professor emerita at Princeton University and author of a great many great books, wrote an essay in The New York Times, “What is Whiteness?” In it, Painter defined “whiteness” as an existential choice: “Whiteness,” Painter writes, “is on a toggle switch between ‘bland nothingness’ and ‘racist hatred.’”

To back up that point, Painter runs through the social history of the emergence of whiteness, by now a familiar story (among academics if not the broader public): “By the 1940s anthropologists announced that they had a new classification: white, Asian and black were the only real races. Each was unitary—no sub-races existed within each group.” And though this typology considers whites a race, the very “vagueness” of that identity meant they didn’t “have to shoulder the burden of race in America, which, at the least, is utterly exhausting.” But a “neutral racial identity is blandly uninteresting.” And so, Painter writes, “in the 1970s, long after they had been accepted as “white,” Italians, Irish, Greeks, Jews and others proclaimed themselves “ethnic” Americans in order to forge a positive identity, at a time of ‘black is beautiful.’ But this ethnic self-discovery did not alter the fact that whiteness continued to be defined, as before, primarily by what it isn’t: blackness.”

Painter generously argues that Dolezal, for whatever reason, came to believe that “the choice to devote one’s life to fighting racism meant choosing black or white, Negroid or Caucasoid. Black was clearly more captivating than a whiteness characterized by hate.” To be “white,” was to embrace either a “blank identity” or a “malevolent one,” writes Painter, and, faced with equally unacceptable options—nothingness or racist—Dolezal “opted out of whiteness altogether.” (Though not quite.)

To me, Painter’s essay called to mind another great American meditation on color and meaning, a chapter from Herman Melville’s Moby-Dick, “The Whiteness of the Whale.” That chapter didn’t so much present whiteness as an existential choice, though the relationship between race and being was always on Melville’s mind.

Melville had long been fascinated by black-and-white interplay along the lines Painter suggests, the way that blackness defines whiteness. He used the imagery of a dark backgrounded portrait or a lighted sphere “shrouded in blackness” as a symbol of sublime terror—the feeling a person gets when contemplating his or her smallness in relation to the “ghostly mystery of infinitude.”

Melville didn’t, though, assign a simple color code to morality, where black meant bad and white meant good. That he didn’t is clear in “The Whiteness of the Whale,” which has the book’s narrator, Ishmael, offering an extended meditation on what it is about the color white, despite its association with things “sweet, and honorable, and sublime,” that strikes “panic to the soul.”

To write the chapter, Melville read, among other things, Edmund Burke’s A Philosophical Inquiry into the Origin of Our Ideas of the Sublime and Beautiful (1757), which argues that there is something inherent in blackness that causes a shared repulsion in “all mankind.” Darkness doesn’t just conceal potential dangers, Burke writes, but causes a “very perceivable pain”: as light dims, pupils dilate, irises recede, and nerves strain, convulse, and spasm. To prove his point that darkness is “terrible in its own nature,” Burke gives the example of a young, presumably white, boy born blind who, after having his vision restored at the age of 13 or 14, “accidentally” sees “a negro woman” and is “struck with great horror.” People can become accustomed to “black objects,” and once they do, the “terror abates.” But “black will always have something melancholy in it.”

Melville reverses Burke and says exactly the same thing about the color white. The thought of Virginia’s Blue Ridge Mountains calls forth “soft, dewy, distant dreaminess.” Yet just a “bare mention” of New Hampshire’s White Mountains causes a “gigantic ghostliness” to pass “over the soul.” The Yellow Sea merely “lulls us,” while the White Sea casts “spectralness over the fancy.”

Melville went to great length to avoid specific social or historical criticism, keeping, for the most part, his writing in the realm of metaphors, aesthetics and metaphysics. So he doesn’t say that he believes the origin of this fear of whiteness is to be found in slavery. Yet he does have Ishmael mention in passing that the association of whiteness with goodness allows the “white man” to gain “mastership over every dusky tribe.”

Melville never really explains where the power of whiteness comes from. Maybe it is a matter of contrast. The polar bear’s whiteness, for instance, drapes its “irresponsible ferociousness” with a “fleece of celestial innocence and love,” uniting “opposite emotions in our minds” (Melville had read Hegel). “Were it not for the whiteness,” Melville writes, “you would not have that intensified terror.”

Or maybe, Melville suggests, it is the nothingness of whiteness that is terrifying—its emptiness that, anticipating Painter, speaks to the void. White, Melville says at the end of the chapter, isn’t “so much a color as the visible absence of color”; it reminds man that other, more pleasing hues are “subtile deceits” covering up the “charnel-house within.”