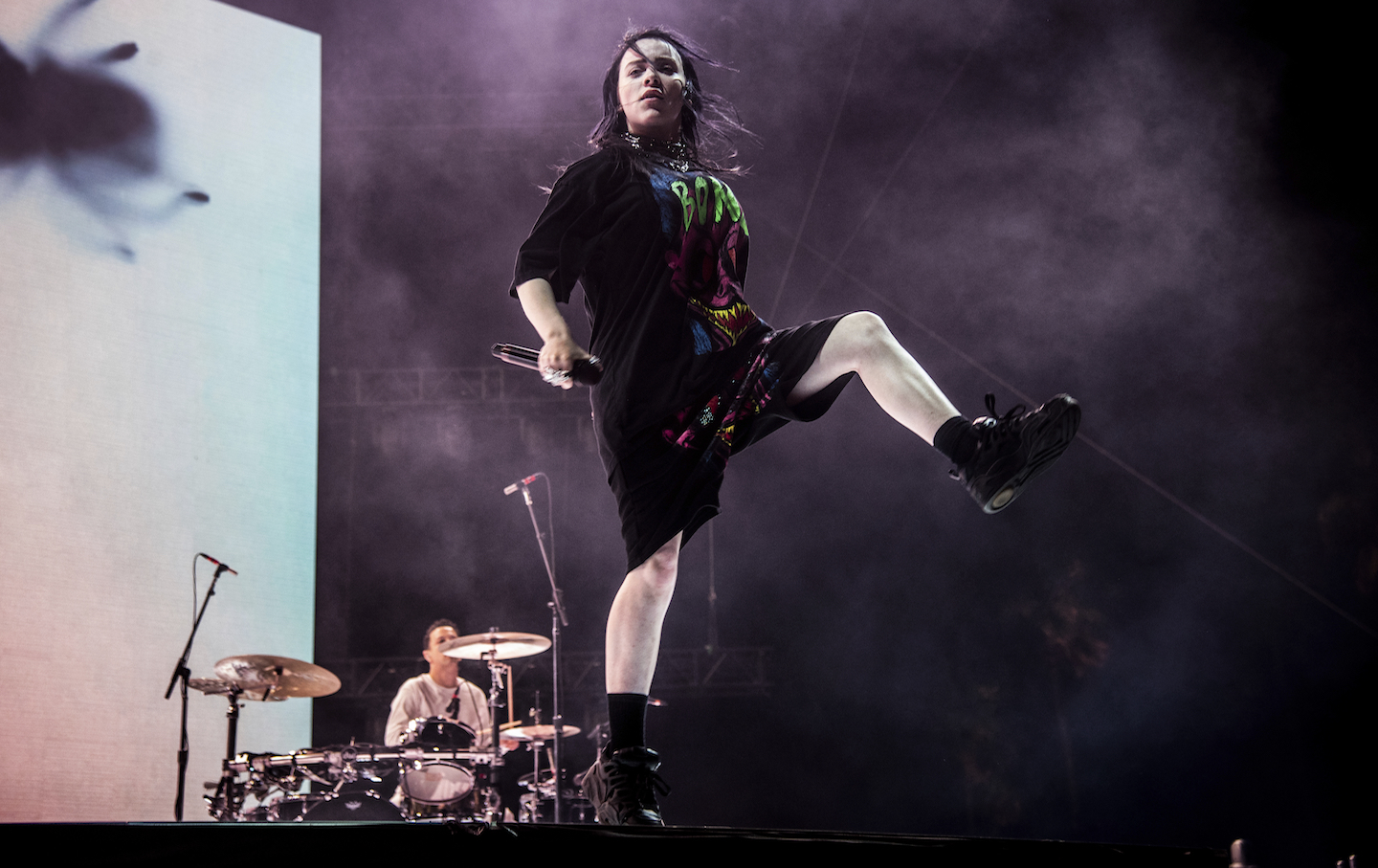 Billie Eilish is the pop star AirPods created, a gifted songwriter and performer whose gifts map perfectly over the way the pop audience experiences music today. She writes (or co-writes) songs ideal for solitary listening, with words that seem like private thoughts and spare, eerie music infused with feelings of isolation and loneliness. And she sings them in a voice so soft and intimate that she is barely singing at all. Just as Madonna was made for the music-video era and as Billie Holiday before her maximized the creative possibilities of the microphone and radio, Eilish creates a kind of music that would not have worked nearly as well—and in fact would have seemed bad or wrong—in any other time. 1

This year, at 17, she released When We All Fall Asleep, Where Do We Go? her first full-length album, having issued an eight-track, album-length EP, Don’t Smile at Me, a year and a half earlier. The fact that Eilish is extraordinarily talented for her age is obvious and a distraction. Her music would be just as important if it had been made by someone twice her age. It has the time-defying qualities of melodic invention, lyrical integrity, and sonic ingenuity, applied to the purpose of confronting the experience of living in this age of isolation and alienation.2

Homeschooled in Los Angeles by parents (Maggie Baird and Patrick O’Connell) with a background of acting in film and television, Eilish (full name: Billie Eilish Pirate Baird O’Connell) grew up understanding how to work alone and appreciating the value of working for public consumption. Both her major recording projects have a DIY quality, with just a few instruments—mainly piano, guitar, ukulele, and synth—played in the true spirit of play but with the playtime put to seriously good use. The keyboard work and strumming or picking on stringed instruments are technically rudimentary but judiciously effective. If it is essentially just noodling, it is, more meaningfully, just right.3 The Music We Made in Lockdown

Eilish wrote most of the songs on Don’t Smile at Me and When We All Fall Asleep, Where Do We Go? with her elder brother Finneas O’Connell under the single name Finneas. A singer and songwriter in his own right, Finneas O’Connell has so far has been at his best when he’s working with her. (He was the principal producer on her first project and the sole producer on the latter one.) Working together by whatever methods they use, Eilish and O’Connell create songs that feel like unfiltered, unfussy expressions of her secret thoughts, set neatly to simple, catchy tunes. In “Bury a Friend” on When We All Fall Asleep, for instance, we hear her confess, “Today, I’m thinkin’ about the things that are deadly/The way I’m drinkin’ you down/Like I wanna drown, like I wanna end me.”4

In “Goodbye” on the same album, Eilish murmurs, “Don’t ask questions/Wait a minute/Don’t you know I’m no good for you?/Baby I don’t feel so good.”5

The essence of her sound, the key to the deep intimacy of her music, is Eilish’s singing voice. Wispy and thin, it’s as quiet as breath on nearly all the tracks on When We All Fall Asleep, Where Do We Go? What she does with her voice qualifies as singing—barely but powerfully—and its defiant refusal to overpower or even impress is the source of its potency.  F. Scott Fitzgerald made memorable use of the psycho-physics of sound, giving Daisy Buchanan the ability to bring people closer to her by speaking softly. Going further with the aid of close miking and high-definition digital recording and delivery, Eilish brings herself directly into the head of each listener, almost literally. She utters her songs in a whisper, knowing they’ll be delivered directly into the ear by Bluetooth or earbuds wired to a device.6

Eilish is making an art of radical quiet. It suits her calendar age—a time of life for secret questions and private longings. It suits our historical age just as well—a time when personal devices connect us and isolate us but rarely bring us music so soft and so brave.7