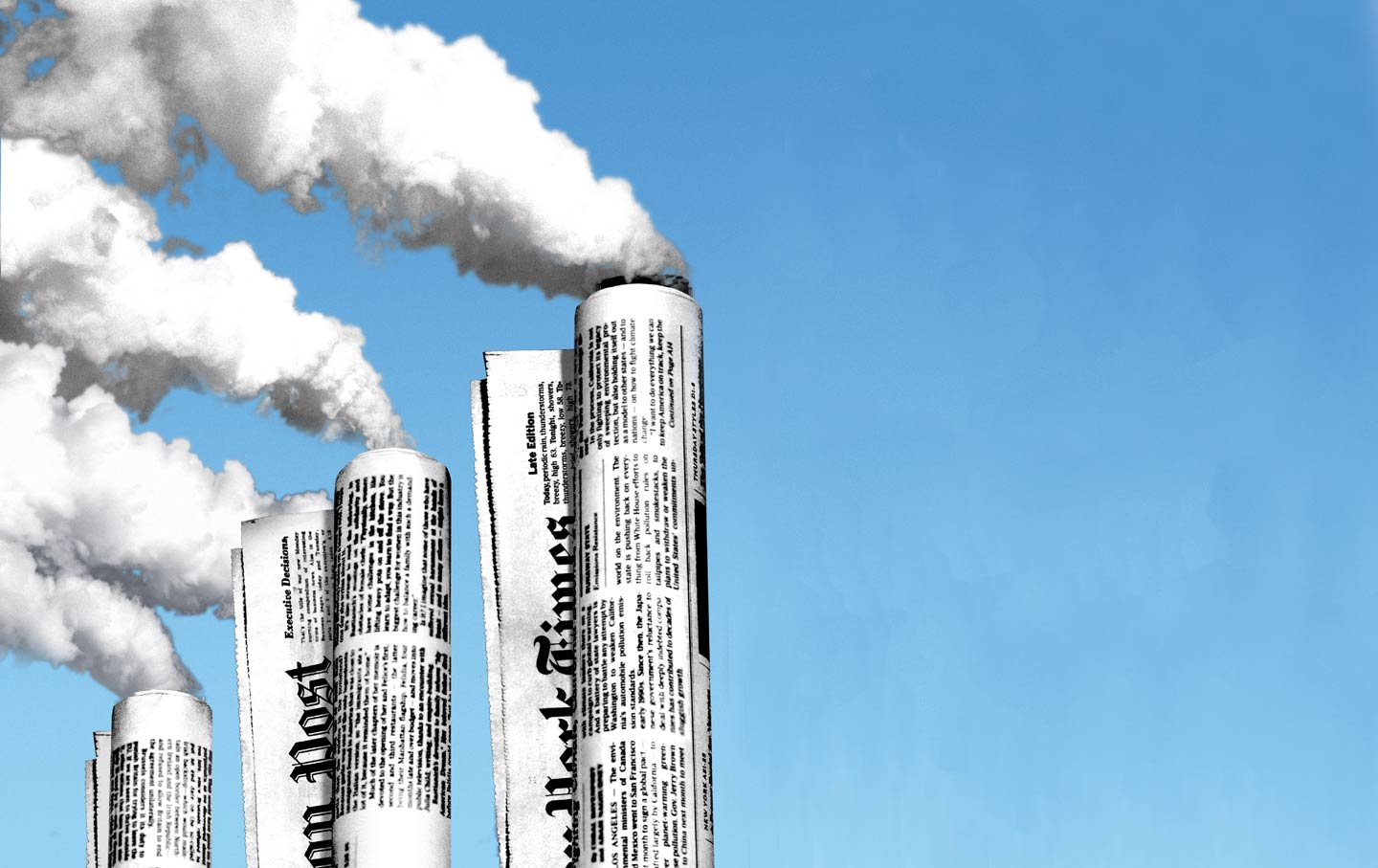 The late Herb Schmertz was a public-relations legend, a dedicated oil man who revolutionized the way his industry and other corporations manipulate American news, public opinion, and government policy. As a senior PR executive for Mobil, Schmertz pioneered what he called the op-ad. Beginning in October 1970, Mobil paid The New York Times to publish regular op-ed articles, written by the oil company, in which it delivered its views on energy, the environment, and other issues of the day. In a 1991 interview revealed here for the first time, Schmertz explained: “Everything we did was organized as if it was one big political campaign.” The goal of the campaign, Schmertz continued, “was to win elections also. On public-policy issues.”

And win they did. By 1983, Schmertz and his colleagues in Mobil’s press office were privately congratulating themselves on how their advertorials had shifted The New York Times’ editorial positions. There has been a “substantial change in The New York Times editorials over the years toward the very positions we have argued,” the Mobil PR team crowed in an internal report uncovered by the nonprofit Climate Investigations Center. “Of course, we can’t prove a direct relationship,” the team added. But that was the goal, Schmertz confirmed in the 1991 interview, saying it was “part of the political campaign.” 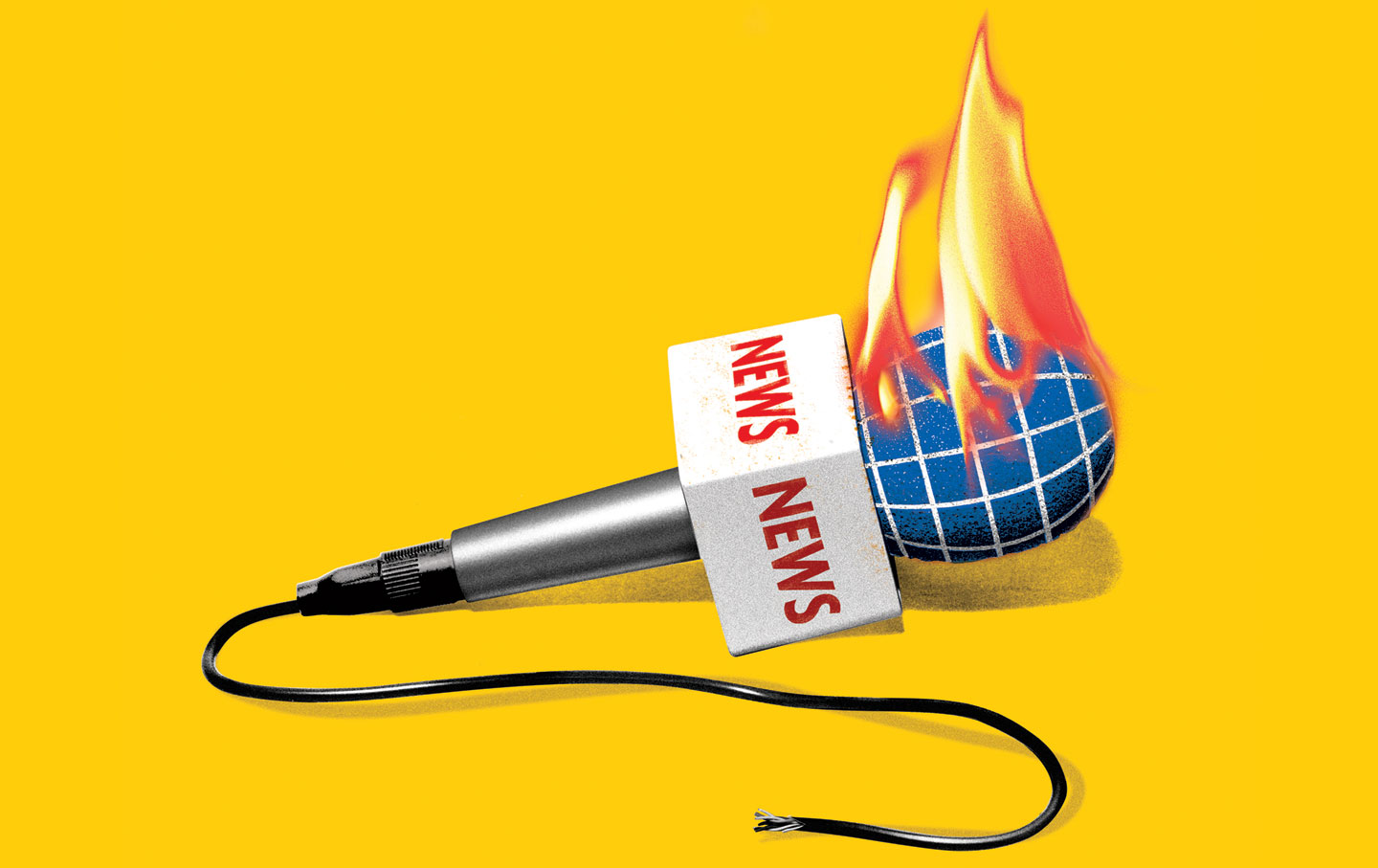 The Media Are Complacent While the World Burns

Schmertz’s influence lives on in the increasingly common practice of US news organizations featuring content prepared by and with oil companies and other large corporations. Known as native advertising, branded content, or sponsored content, it looks and sounds like genuine news, even as it provides a one-sided, corporate-friendly take on climate change, clean energy, or other issues. And these days, the oil companies don’t even have to produce the content themselves. Numerous top news organizations—including the Times, Politico, and The Washington Post—have pocketed hundreds of thousands of dollars from ExxonMobil, Shell, Chevron, and organizations such as the American Petroleum Institute to create the companies’ advertorials.

Call it greenwashing with a twist—the twist being that the fossil-fuel companies’ claims of good corporate citizenship are now being supported by respected news organizations. At a time when the same news organizations must dramatically improve their coverage of the climate crisis (see Mark Hertsgaard and Kyle Pope’s article in this issue), such a financial relationship with the very companies that are helping drive the crisis is problematic at best. Journalistic catechism commands a strict division between the business and editorial sides of a news organization. In an era when revenue losses are leading to draconian staffing cuts in newsrooms across the country, it strains credulity to believe that any news outlet can receive hundreds of thousands of dollars in outside funding and not be influenced, if only unconsciously. After all, as Schmertz and his colleagues confided, Mobil achieved that influence by the 1980s, long before the revenue crisis struck American journalism. 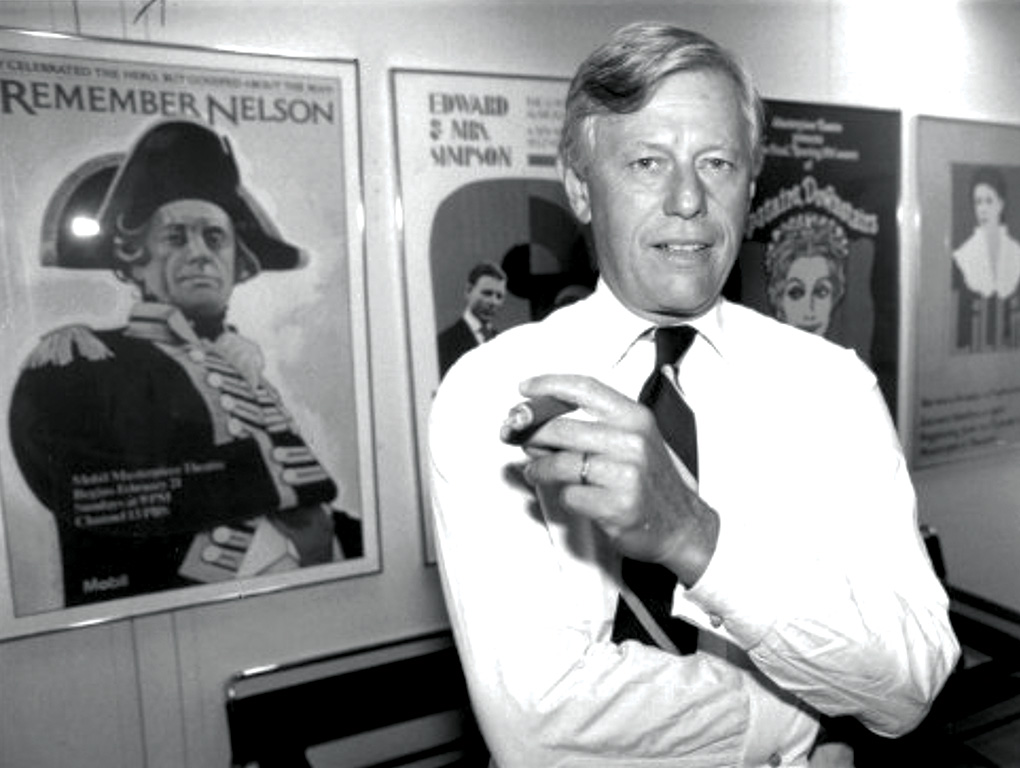 I asked the Times, the Post, Politico, and Axios to respond to this critique of their collaboration with corporate greenwashing: How do they keep their lucrative production of advertorials for oil companies from affecting their news coverage and editorial positions? (I also asked CNN how it ensures that oil-industry ads that run before segments on climate change don’t counterbalance its reporting.) Only the Post replied, saying, “All sponsored content is clearly labeled as advertising and includes the name of the advertiser. The Washington Post newsroom is not involved in the creation of this content.”

This is a fairly standard response from news outlets about this practice, but the Post explicitly advertises its newsroom as part of what makes its Brand Studio valuable. On the Brand Studio home page, the sell is: “We apply the Washington Post’s award-winning investigative lens and a deep understanding of our audience to create compelling multimedia stories—from concept to production to distribution.”

Schmertz’s recollections suggest that companies do end up exercising influence over news organizations’ internal decisions and public product. The companies are too shrewd to do this in any obvious way. Instead, Schmertz had the genius idea of funding Masterpiece Theatre on PBS to foster an “affinity-of-purpose,” creating a positive impression of his company in the minds of policy-makers and the public by associating Mobil with high culture.

PBS has downplayed Schmertz’s and Mobil’s role in the series, but Schmertz revealed in the 1991 interview that he, in fact, had a lot of “hands-on” control. “Nobody was going to spend Mobil’s money but me,” he said. When the interviewer said, “[British producers] told me you had script approval, casting approval, producer and director,” Schmertz replied, “That’s true.” He also had a hand in selecting individual shows for Masterpiece Theatre and later for Mobil Showcase, a group of TV stations that was assembled, he said, for the sole purpose of putting “material into commercial television that would enable us to have a vehicle for the advertisements we wanted to run.” He chose to use journalists rather than actors as the hosts for Mobil-funded shows because, he said, “actors don’t really have as much credibility as journalists.”

These days, media outlets aren’t even trying to hide such cozy arrangements with oil companies. The New York Times’ campaign highlighting ExxonMobil’s algae-based biofuels, created by the Times’ T Brand Studio, was featured on the studio’s website and ran across the Times’ site. “The Future of Energy? It May Come From Where You Least Expect,” the story proclaims. And: “How scientists are tapping algae and plant waste to fuel a sustainable energy future.” In late February, Shell’s social-media team tweeted proudly about the company’s Sky Scenario campaign, which promotes “potential pathways” for getting to an emissions-free world by 2070 (far too late, by most scientists’ reckoning) while nevertheless keeping fossil fuels in the mix: “Sky Scenario shows a challenging but technically possible pathway to a cleaner future. Read our paid post on @nytimes created in partnership with @TBrandStudio. #MakeTheFuture.”

As if guided by Schmertz, these advertorials aren’t so crass as to spout outright nonsense like “Climate change isn’t happening.” No, they suggest “solutions” that would just so happen to keep fossil-fuel companies profitable—and the climate spinning out of control—for decades to come. The Post created an advertorial for the American Petroleum Institute that asserted the importance of natural gas as a bridge fuel in the transition to clean energy. Never mind that science now recognizes that natural gas is even worse for the climate than coal because gas production invariably leaks methane, which is up to 86 times as potent as carbon dioxide when it comes to trapping heat.

This is why, his research shows, the fossil-fuel industry’s spending on advertising, PR, and lobbying rises and falls depending on which politicians are in office and how much of a perceived threat there is to industry profits. Thus, spending spiked in the run-up to the UN climate negotiations for the Kyoto Protocol in 1997 and fell once Republicans held a majority in the Senate. Spending rose again during Barack Obama’s presidency, then dropped to almost nothing. Brulle says it’s logical to expect a ramp-up in spending in response to the Green New Deal.

Advertising may be a necessity for privately owned news organizations, but the press’s primary responsibility is to the public. Imagine that US news outlets were still running advertisements for the tobacco industry—and not only running them but creating them, despite the well-known dangers of smoking. In 2019, the dangers of climate change are no less well-known. Why, then, are some of the country’s most prominent news organizations lending their prestige to greenwashing by companies whose business plans, if executed, would spell the end of civilization as we know it?