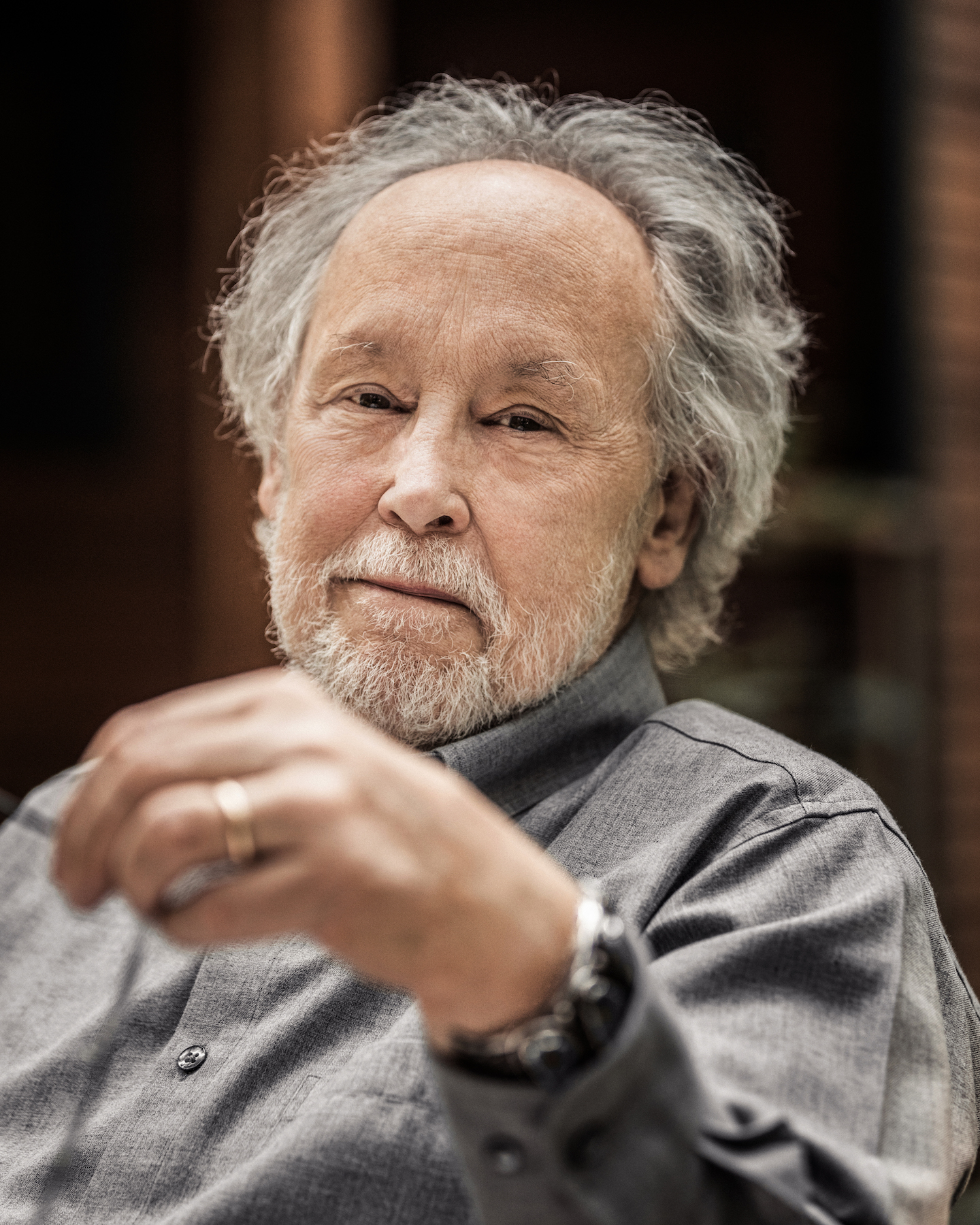 Horizon starts with a luxurious but normal enough sort of travelogue: Barry Lopez is in Hawaii, at a resort with his family, thinking about his grandson and looking back over his decades of globe-trotting as an environmental writer. Soon that trip to Hawaii, a vacation which would be the trip of a lifetime for plenty of people, looks gray and paltry by comparison, as Lopez’s new book touches down in some of the most storied and spectacular locales on Earth: an encampment on the Transantarctic Mountains, the deck of a ship sailing the Galapagos islands, the isolated ruins of a penal colony on an archipelago off the coast of French Guiana.

Nobody writes about light on water, or water on rock, like Lopez, and he recounts his life’s travels with characteristically lovely language. Lopez, who grew up in New York and California, has been writing about nature, and traversing the globe to see it, since the 1960s. “When I was a boy I wanted to see the world. Bit by bit it happened,” he wrote in a 2013 essay, “The Six Thousand Lessons.” His best known works include 1978’s Of Wolves and Men, an examination of humanity’s relationship to these creatures through the ages, through the lenses of science and folklore, and Arctic Dreams, a reverent, quasi-mystical account of his travels in the high north that won the National Book Award in 1986 and has become a classic of American nature writing. In aNew York Times review of the book at the time, Edward Hoagland wrote that Lopez “is a rhapsodist” whose poetic expressions of “biophilia” compare to those of Annie Dillard and John Muir.

Lopez’s latest—a memoir that looks back over his journeys and the musings they inspired—is suffused with the kind of misty magic that usually attends only one’s own private, perhaps ineffable, memories of special places. He remembers a clear summer afternoon, on the Oregon coast, gazing at “the horizontal border that runs between the blue rim of the bowl of the sky and the dark, opaque plain of the water, looking into all that unthreatening space.” The man knows his way around a horizon.

The Inescapable Politics of Climate Change

Horizon unfolds with the logic of memories, one thing leading to the next according to subtle connections. Its stories are streams of consciousness arranged by location and unmoored from time; Lopez, who is 74, tells the stories of places he has been to and returned to, but doesn’t give precise dates. The references are sprawling—on a single half-page that begins with a discussion of clearcutting (a particularly destructive and profitable logging practice), Lopez touches on the 18th-century explorer Captain James Cook, the ancient Greek philosopher Heraclitus, the Victorian naturalists Charles Darwin and Alfred Russell Wallace, the Renaissance astronomer Nicolaus Copernicus, and the psychoanalytic founding fathers Carl Jung and Sigmund Freud. Reading it is like sitting on the porch with an elder relation who is particularly eloquent but not particularly organized—pleasant once you settle into the pace. And though the book as a whole doesn’t have a central plotline that carries all the way through, it is peppered with small adventure stories that provide a sense of forward motion: The brakes of a jeep give out, harrowingly, on a muddy mountain road; a pod of panicked sea lions trapped in a net, near drowning, go suddenly gentle when the men in a boat lean into the water to cut them free.

In Lopez’s hands, the sense of a place is no backdrop but the story itself—narratives are embedded in every site’s geology and history. His writing here is informed by a simple fact—the places he visits are irreplaceable: the lake in East Africa that is the cradle of humanity; the shores where Darwin disembarked from the Beagle and set out in search of finches. Places that many will never see outside a documentary, Lopez is returning to. “I’m forty-two years old and have not been back in the Canadian High Arctic for six years,” begins the section where he visits an island situated in a fjord, from which he can see Greenland. “I’ve missed it… but it has not missed me.” 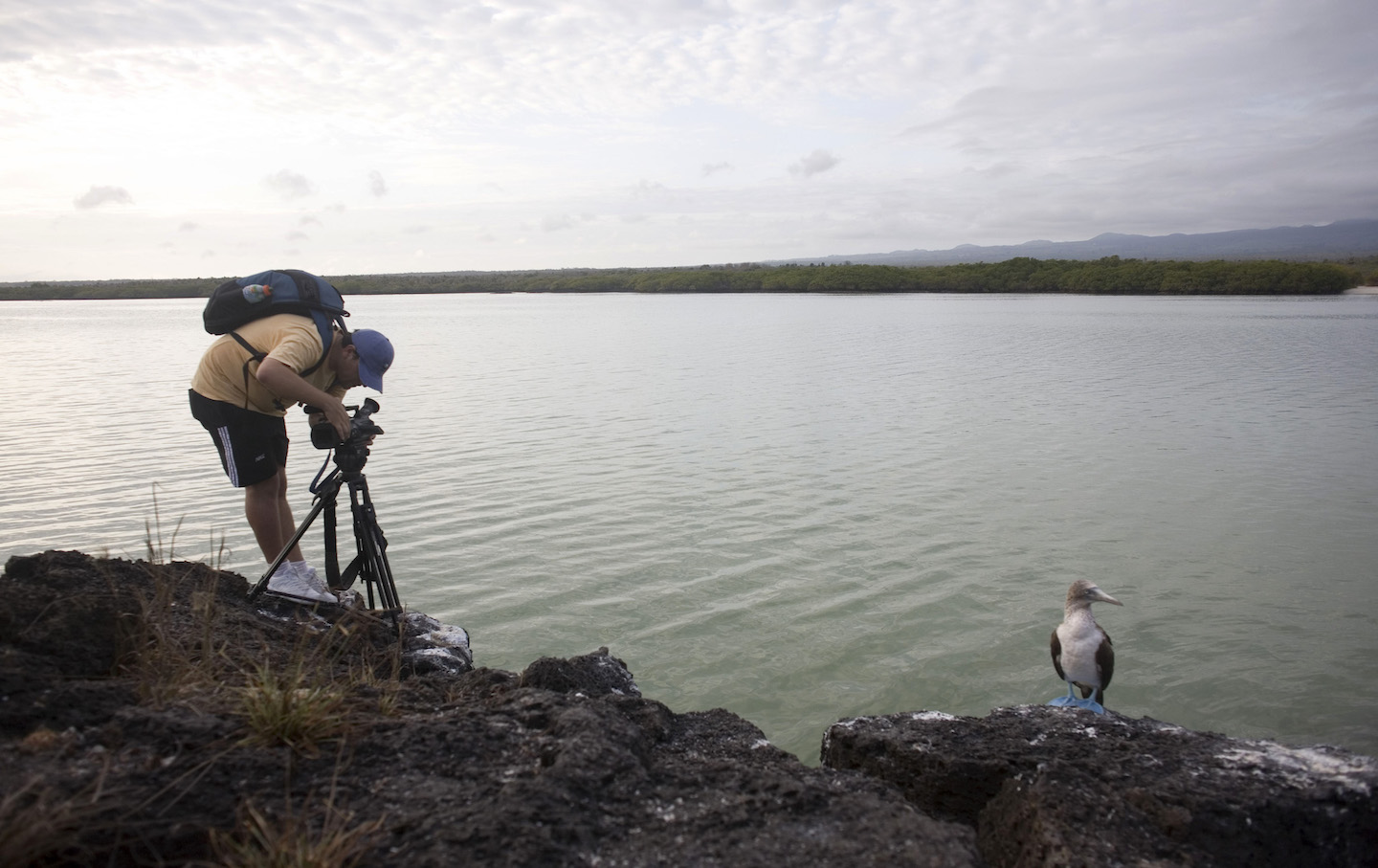 While reading Horizon, I thought of a recent news story about the rise of “last-chance tourism,” the name given for trips undertaken to see the last of some natural wonder “before it’s gone.” Polar bears, glaciers, rainforests, gorillas, coral reefs—their fragility is a large part of their appeal, but the groups stomping and snorkeling around them expose them to even more risk. I thought of these cautionary travel tales not because Lopez is not a member of any stomping, snorkeling horde, but because, in his memoir, travel is an absolute good, undertaken without this modern anxiety.

Lopez trots the globe thoughtfully, often writing about the colonizers and conquerors who went before—critical of the ways that “exploration” has often paved the way for violence and oppression. And while his writing is always reverent about the natural wonders he encounters, there is something so casual in the way he describes the act of travel itself. He wraps up his return to the High Arctic: “Two days after I arrived at the Lakeview site, a helicopter ferried the four of us and our gear across the ice to Skraleing Island.” And this nonchalance makes the book hard to read, for me a least, at a moment when the ethics and possibilities of such grand travels are being, rightly, reexamined. The New York Times has said that reducing air travel is the most effective way to decrease one’s carbon footprint; every round-trip trans-Atlantic flight emits enough carbon to melt 30 square feet of Arctic sea ice.

Perhaps Lopez’s treatment of travel is simply the smart literary choice—nobody wants to read a 500-page memoir filled with detailed transport logistics and their consequences. But Horizon, after a while, turned me green with envy. Not just because these places—many of which will become unrecognizable or be altogether destroyed by climate change—were still pristine when Lopez visited, but because he was able to make his voyages so guiltlessly. He flies through the air with the greatest of ease. The daring young man not weighed down, yet, by the knowledge that carbon emissions would ruin the beautiful things he was on his way to see. The travels in Horizon are the ultimate luxury, not just for their scope, and their quantity—though certainly these are enviable—but for their innocence.

I have long admired Lopez’s work and related to his particular strand of environmentalism, which views plants and animals and ecosystems as certainly sacred, maybe bordering on divine. Lopez is around the same age as my parents, and reading this book I felt our generational divide acutely, in a way I never had before. Lopez is certainly conscious of the losses that are being passed on. He wrote, in “The Six Thousand Lessons,” that “even a passing acquaintance with endangered languages or endangered species or endangered cultural traditions brings with it so much anxiety, so much sadness. We know in our tissues that the fewer the differences we encounter in our travels, the more widespread the kingdom of Death has become.” But no amount of reflection squares our experiences. For those of us who grew up learning about climate change as a looming threat, and for those who are young now and have inherited a fully formed crisis, reading about this whole lifetime spent wandering the pristine-by-comparison Earth is like visiting the palace at Versailles—there’s beauty to appreciate and history to absorb, but the opulence almost passes understanding. 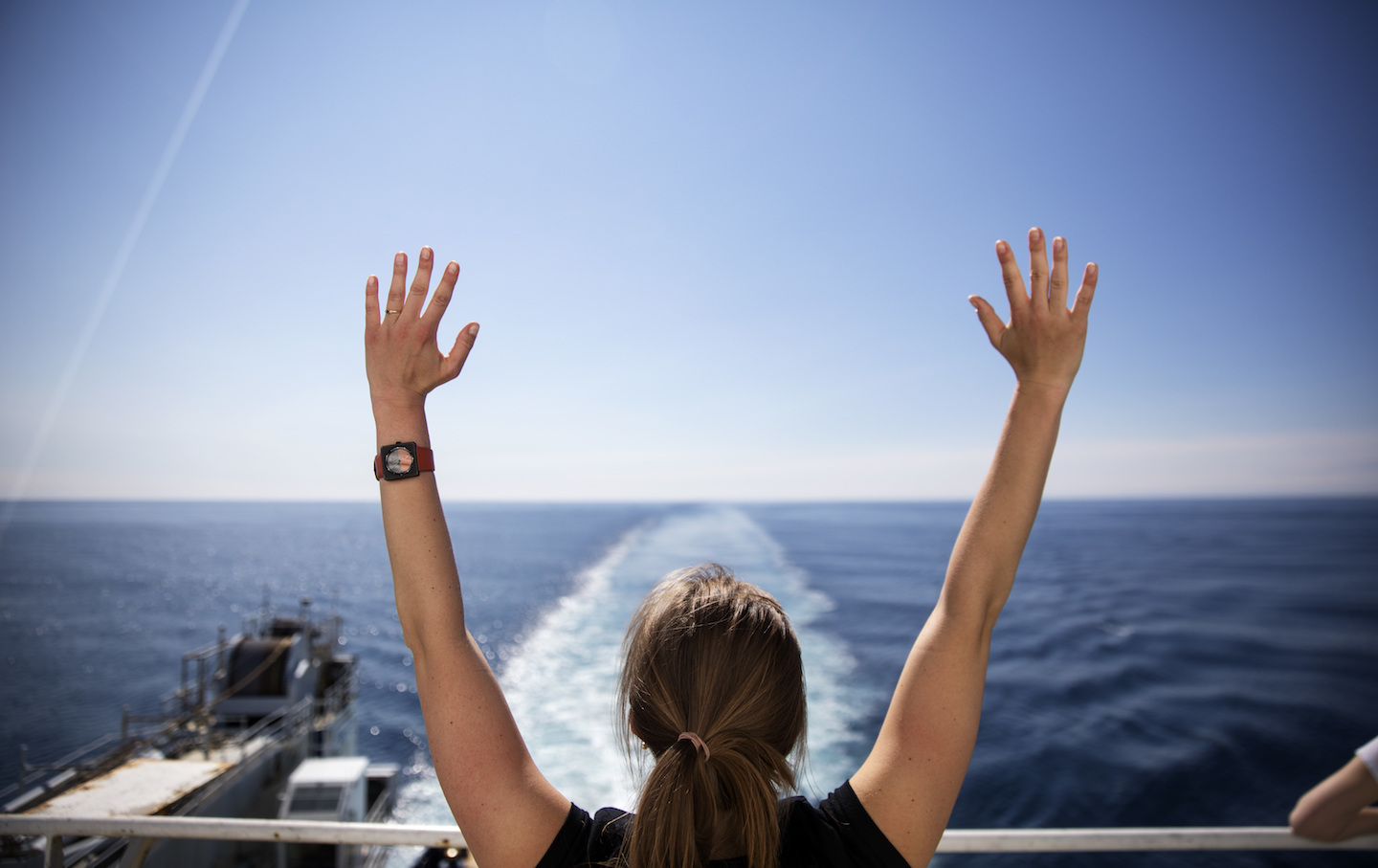 A yoga session on a Finnish icebreaker sailing through the Bering Sea to traverse the Northwest Passage through the Canadian Arctic Archipelago. (Photo by AP / David Goldman)

Lopez is a student of journeys. “Travelling, I came to understand, assuaged something in me,” he writes, of an epiphany he had during his college years driving around the Midwest. And Horizons contains not only memories of his own travels but also anecdotes and messages from other famous voyages. Captain Cook and his burning desire to chart the features of the Pacific. The early Polynesians and their ability to navigate by stars and currents.

Still, I found myself distracted, again and again, by questions about whether my generation and the ones that follow will have the opportunity for such sweeping travels. Maybe high-speed trains will let us cross continents without spewing so much carbon into the air. Maybe there will still be wilderness left for us to visit.

There is something soothing in the fact that the place that Lopez describes with the most grace and sensitivity is not any of the exotic locations he visits but the Oregon coast he calls home. Anticipating a storm, he writes that it will “bring its musics, the active colors of its pummeled skies.… It will crack land and sea with its pellets of rain. It will dim the sun.” All that grandeur, right in the backyard.