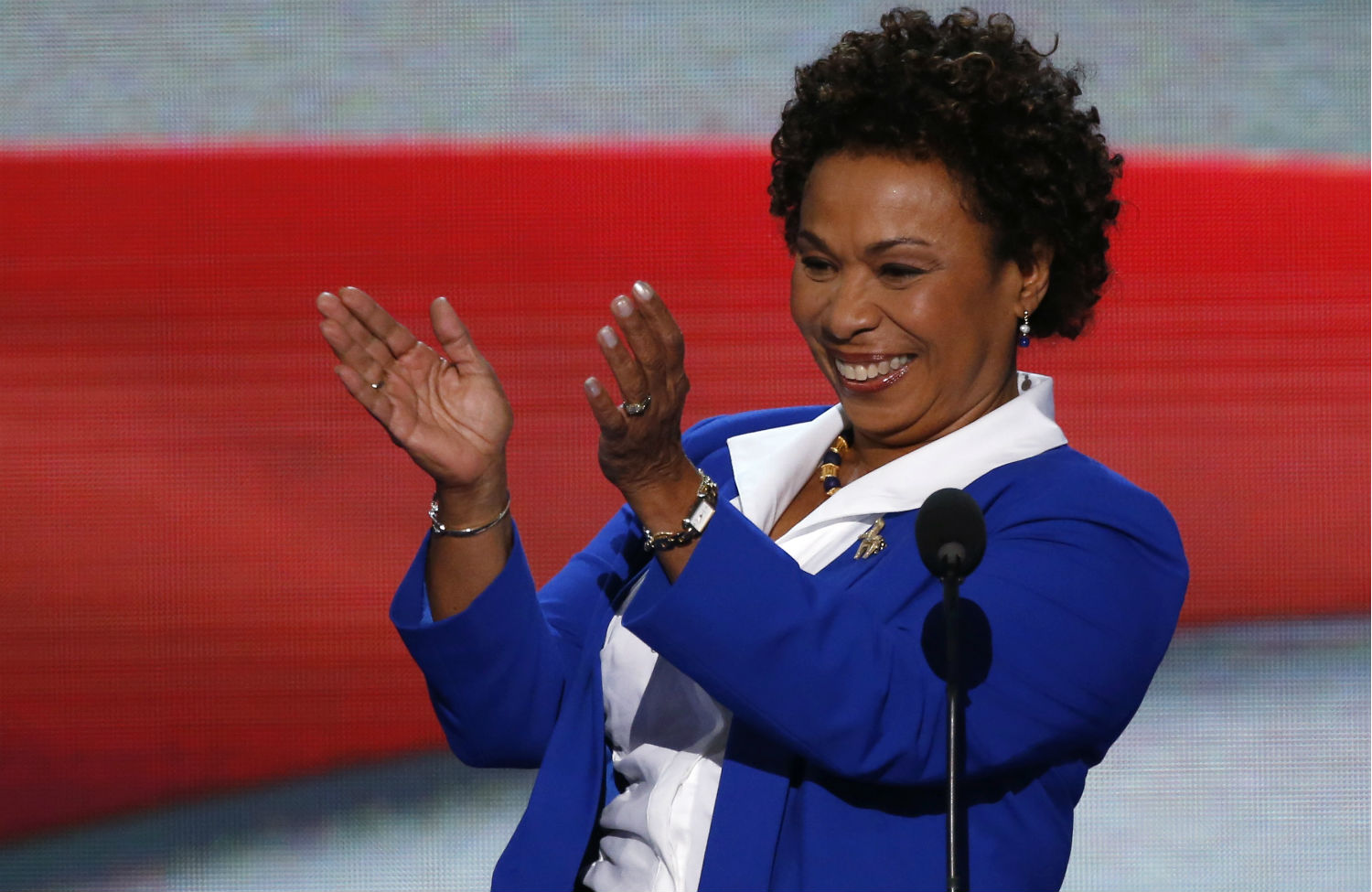 It has been thirteen years since Congresswoman Barbara Lee cast her lonely vote against authorizing President Bush to launch what she warned could be an ill-defined and endless war. Days after she cast that vote, the California Democrat appeared before hundreds of students at Mills College in Oakland and was greeted for the first time by the chant, “Barbara Lee speaks for me.”

At time when media and political elites said Lee had isolated herself politically, she was embraced by Americans who questioned why Congress was not living up to its constitutionally defined responsibility to check and balance the tendency of executives to “blank check” powers for continual warmaking.

So it was, once more, on Tuesday evening, as television screens were filled with reports of airstrikes by the United States and its allies against targets in Syria. Lee appeared at the 2014 convention of National Nurses United in Las Vegas, where she was honored for her championship of peace and justice during the course of her congressional career.

When Lee came to the stage, a thousand nurses spontaneously began to chant, “Barbara Lee speaks for me.”

Lee was moved by the recognition, yet during a conversation Tuesday evening she told me that she and other members of Congress should have been in session on Capitol Hill. Instead of debating and voting on issues of war and peace, as the the Constitution requires, Congress fled Washington for the 2014 campaign trail.

Lee is blunt in arguing that this is simply wrong.

As she has for more than a decade, with Republican presidents and Democratic presidents, the congresswoman argues that members of the House and Senate must debate and vote on whether to declare the wars that the United States wages. Along with a handful allies in Congress, some fellow Democratic members of the Congressional Progressive Caucus and some “old-right” conservative Republicans such as North Carolina Congressman Walter Jones, Lee rejects the argument that resolutions from years ago and votes on amendments to funding measures meet the standard for congressional authorization of new military strikes.

A “gravely concerned” Lee said in a statement that with the news of the expansion of US airstrikes into Syria, in continuation of airstrikes in Iraq, “it is clear we are rapidly becoming more involved in another war in the Middle East.”

“I have called and will continue to call for a full congressional debate and vote on any military action, as required by the Constitution,” Lee continued. “The American people deserve a public debate on all the options to dismantle ISIS, including their costs and consequences to our national security and domestic priorities.”

Lee has done this again and again. But this time she had a powerful media ally. In an editorial headlined, “Wrong Turn on Syria: No Convincing Plan,” The New York Times writes:

Mr. Obama has failed to ask for or receive congressional authorization for such military action. The White House claims that Mr. Obama has all the authority he needs under the 2001 law approving the use of force in Afghanistan and the 2002 law permitting the use of force in Iraq, but he does not. He has given Congress notification of the military action in Iraq and Syria under the 1973 War Powers Resolution, but that is not a substitute for congressional authorization.

The administration also claims that the airstrikes are legal under international law because they were done in defense of Iraq. In a Sept. 20 letter to the United Nations, Iraq complained that the Islamic State was attacking its territory and said American assistance was needed to repel the threat. But the United Nations Security Council should vote on the issue.

Meanwhile, Congress has utterly failed in its constitutional responsibilities. It has left Washington and gone into campaign fund-raising mode, shamelessly ducking a vote on this critical issue. That has deprived the country of a full and comprehensive debate over the mission in Syria and has shielded administration officials and military commanders from tough questions about every aspect of this operation—from its costs to its very obvious risks—that should be asked and answered publicly.

This is the point that Barbara Lee has been making over all these years. The congresswoman explains that she is not a pacifist, that she grew up in a military family and that she understands that there are times when conflicts will turn violent. She recognizes the genuine concerns that have been raised regarding with the rise of Islamic State militancy. She compliments President Obama for seeking to establish “a strong international and regional coalition to address the ISIS threat.”

The member of Congress whom President Obama appointed as a representative of the United States to the United Nations General Assembly, and who has established a record as one of the most internationally focused and engaged members of the House, said, “There is no military solution to the crisis in Iraq and Syria. In fact, continued US military action will result in unintended consequences. We must remember the roots of ISIS—President Bush’s ill-begotten war. Congress needs to debate the political, economic, diplomatic and regionally led solutions that will ultimately be the tools for US and regional security.”