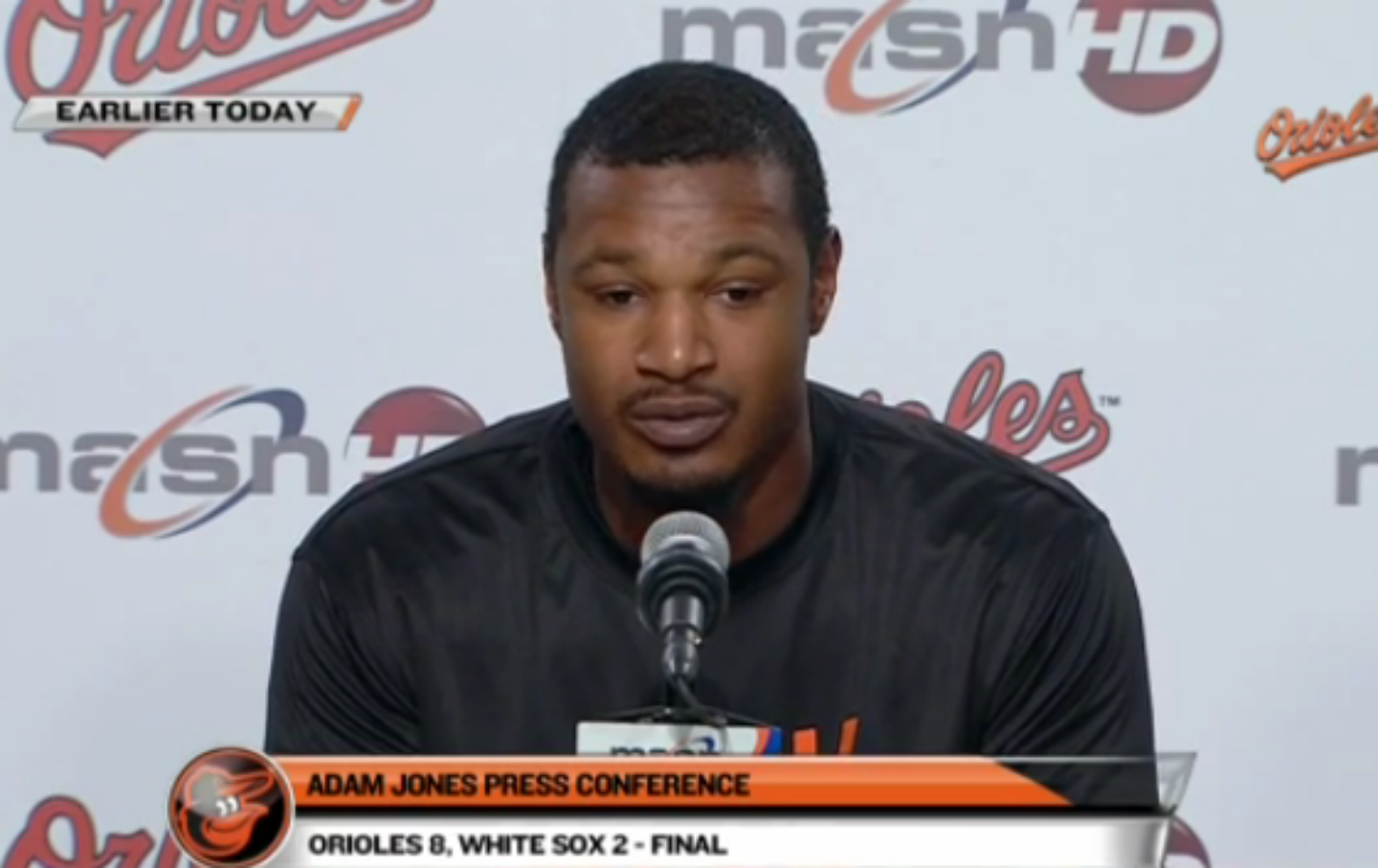 On Wednesday, I gave a lecture at the Community College of Baltimore County on the topic of sports and social change. It had been planned for months, but this morning, with encouragement from the terrific professors on campus, I changed my talk from one about the history of sports to one about the history being made a short ride from campus. Instead of talking about Muhammad Ali, Billie Jean King and the movements that shaped their desire to use sports as a political platform, we talked about the police killing of Freddie Gray. Instead of a “lecture,” we had a conversation.

We talked about the marches and curfews in Baltimore City. We talked about why demonstrators took their anger to Camden Yards and why police seem to see the protecting of sports arenas—and protecting each other—as more important than finding justice for Freddie Gray. We talked about the Baltimore athletes who have been in the streets helping the struggle and the ones who have been silent. My one regret from the day is that I spoke with sadness that Baltimore Orioles COO John Angelos has made more important and more relevant comments about the city’s upheaval than any current Oriole players. It wasn’t a knock against Angelos’s words, but a statement that it should be the players, not the owners, stepping up at this time. That dynamic, however, changed later in the day, when Adam Jones, one of just two African-American starters on the team, took the time in a press conference to speak with love, support, and concern for the black youth in Baltimore and the future of the city. Unfortunately, the “shareline” sent out by The Baltimore Sun about his remarks bleated, “Adam Jones can relate to frustration of Baltimore’s youth, but says the actions are unacceptable.” This is damn-near a satirical microcosm of everything the media get wrong about everything. Jones’s comments were not at all centered around youth actions&rquo; being “unacceptable.” They were an aside in what was a beautiful statement. Here is an excerpt of his remarks (transcription by me):

There’s been a lot of good protesting, there have been a lot of people standing up for the rights that they have… The youth are hurting… It can look like no one’s fighting for you but there are people like myself. I say to the youth, your frustration is warranted. It’s understandable, understood. The actions I don’t think are acceptable but if you come from where they come from, you understand… This is their cry… They need hugs. They need love. They need support

I feel the pain of these kids. Let’s remember I grew up on similar tracks as them… It’s just not easy seeing a community [where ] you are trying to affect change in, seeing these kind of things, but it’s understandable because these kids are hurt. And these kids have seen the pain in their parents’ eyes, the pain in their grandparents’ eyes over decades and this is their way of speaking on behalf of their parents and behalf of their grandparents and people who have been hurt.

As the porcine know-nothings on cable news exploit this moment to stoke and stroke the fears of their audience, the words of Adam Jones have the power to not only resonate with Baltimore protesters but to reach those Orioles fans who are hard-wired to hate them. The power of his words is rooted in the fact that Adam Jones actually “sees” the young people who are self-organizing against police violence and poverty. In this climate, just “seeing” them and granting them their inalienable humanity is in itself a radical act.

Adam Jones’s comments reminded me of an exchange at the Community College of Baltimore County when a student asked if we should be concerned that people would now identify Baltimore with riots and fire. We responded by saying that the problem is not what people are seeing in Baltimore right now. The problem is that before the last week, people didn’t “see” the whole of Baltimore at all. The problem is that people thought of Baltimore and saw the Inner Harbor, Camden Yards, the Ravens, and perhaps Little Italy, leaving the rest of the city, the rest of the people, and the entirety of their pain, in a state of invisibility. Getting all hot and bothered by binge-watching The Wire and quoting Stringer Bell in your corporate mission statements is not the same thing as “seeing” Baltimore.

Many this past week have quoted Dr. King’s famous phrase that rioting is the language of the unheard. It’s quoted so much because it’s so true. So many of people who live, work, and die in Baltimore have been unheard, unseen, and unacknowledged… until now. The way our current system operates, no one sees and hears the pain of the poor until they fight to make themselves seen and heard. Adam Jones sees them. Adam Jones hears them. At the very least, we all have to meet that standard.