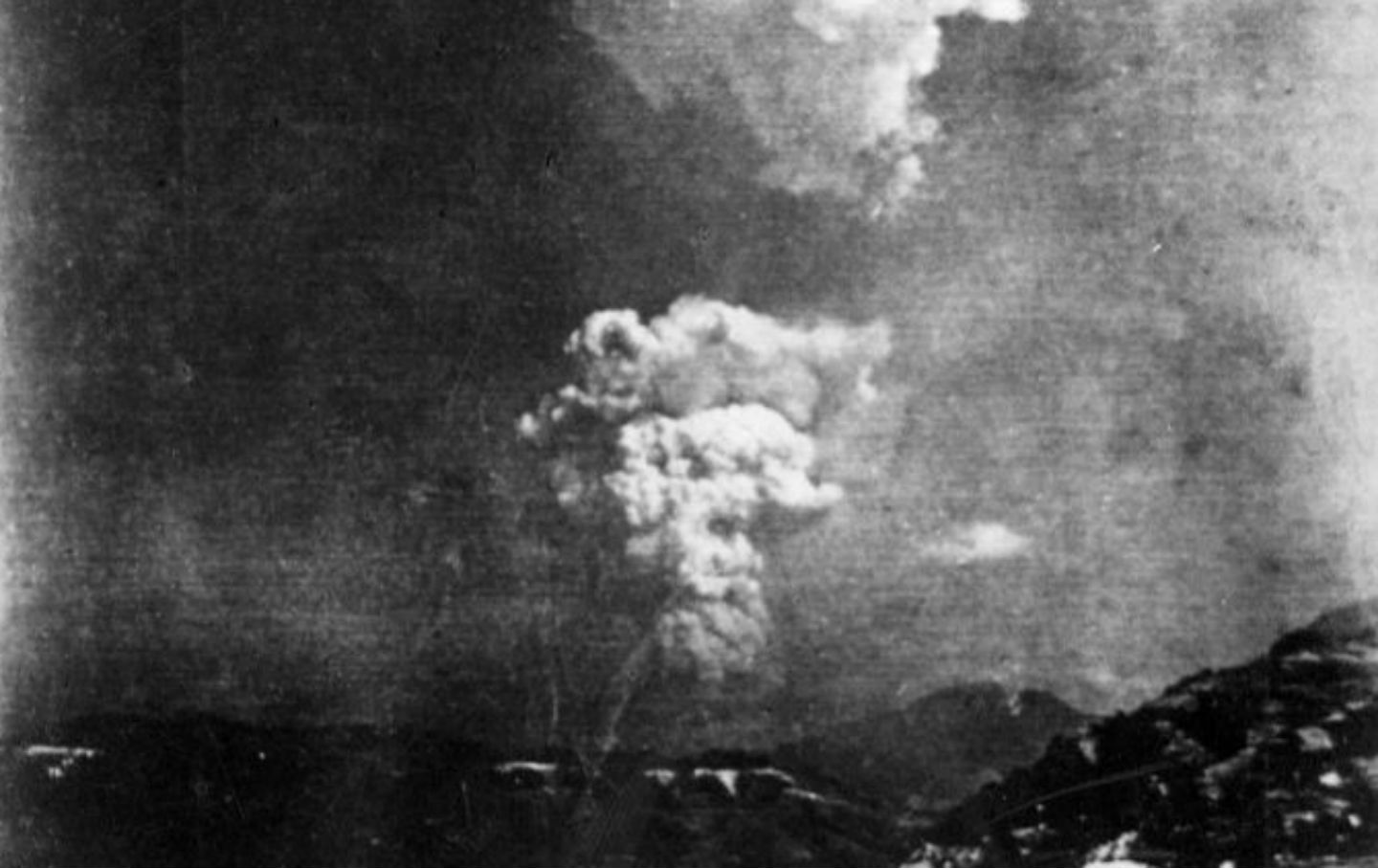 Picture found in 2013 Honkawa Elementary School, Hiroshima, of the Hiroshima atom bomb cloud, believed to have been taken about 30 minutes after the bomb was dropped, from a vantage point of 10 km east of ground zero. (Wikimedia Commons)

The Nation’s first reaction to the dropping of the bomb on Japan was to consider what its obviously long-lasting geopolitical implications. If humans had achieved the power of assuring their own destruction, surely new worldwide political mechanisms would be needed to safeguard the technology from abuse. The magazine did not much discuss at first, as it would for many decades thereafter, whether the dropping of the Hiroshima bomb itself had been warranted. Rather, editor and publisher Freda Kirchwey urged the creation of a world government to see through what she saw as the possibly utopian implications of the creation of the bomb.

If we are to survive our new powers we must understand their full meaning. We shall have to move fast, both internationally and within each country. No longer can we afford a world organized to prevent aggression only if all of the great powers wish it to be prevented. No longer can we afford a social system which would permit private business, in the name of freedom, to control a source of energy capable of creating comfort and security for all the world’s people. This seems self-evident, and so it is. But it calls for changes so sweeping that only an immense effort of will and imagination can bring them about. A new conference of the nations must be assembled to set up a World Government, to which every state must surrender an important part of its sovereignty. In this World Government must be vested the final control over atomic energy. And within each nation the people must establish public ownership and social development of the revolutionary force was has thrust into their hands. This program will sound drastic only to people who have not yet grasped the meaning of the new discovery. It is not drastic. We face a choice between one world or none.