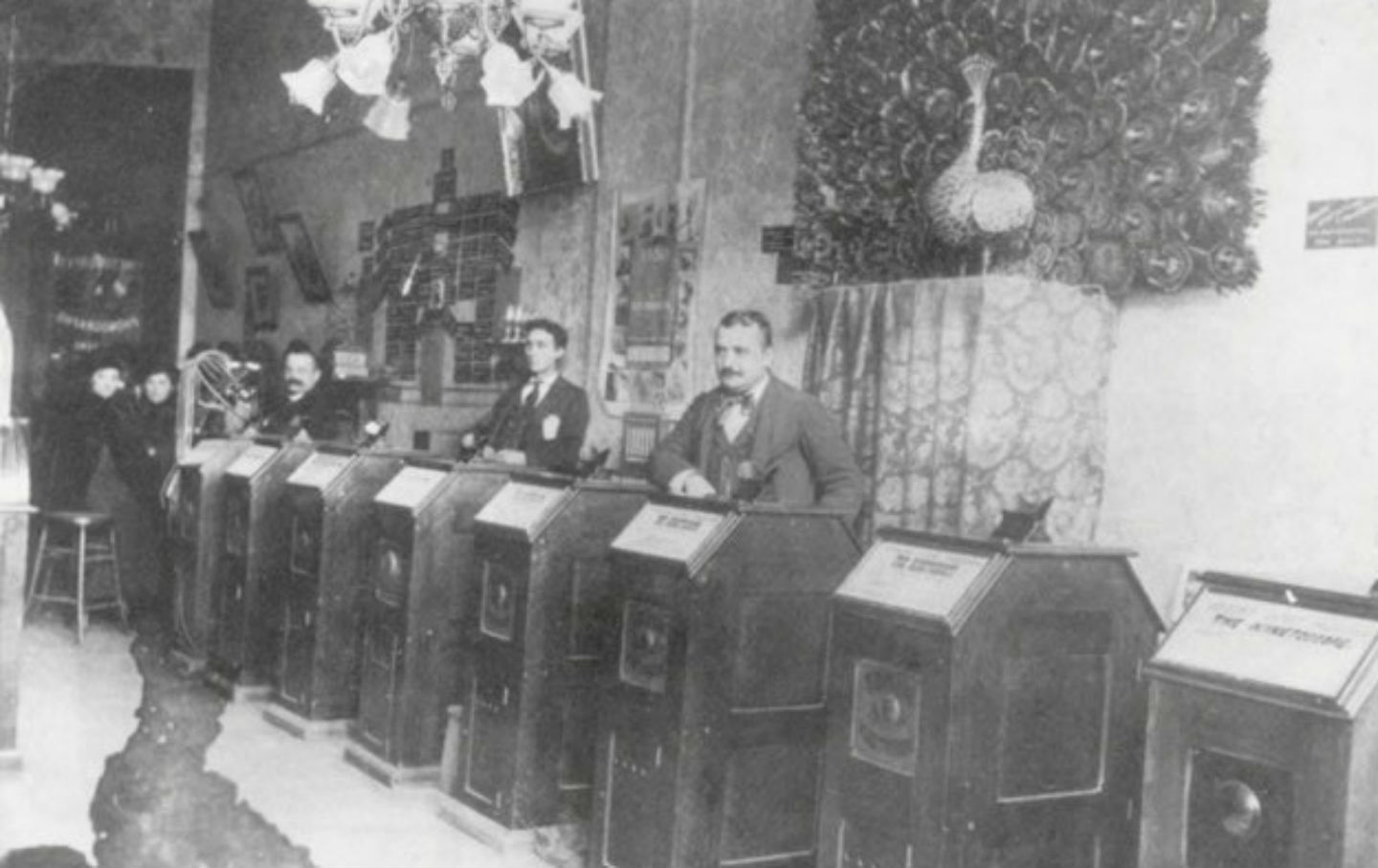 A Kinetoscope parlor in San Francisco, circa 1894, analogous to a movie theater. (Wikimedia Commons/National Park Service)

On this date in 1891 Thomas Edison patented the Kinetograph, his first version of a moving-picture camera. The Nation, however, didn’t take note of the new technology until 1913, in the following brief note about society people seeing themselves on screen. “Despite the mirthful tone of the paragraph,” writes Carl Bromley, editor of the Cinema Nation anthology of the magazine’s articles on film, in which this item appeared, “and the fact that the ideas proposed have found few, if any, takers, one can certainly detect a sense of wonder in its voice.” It is The Nation’s first comment about film. (“Serbonian” refers to an Egyptian lake, Serbonis, into which sand frequently blows, giving the impression of dry land instead of merely a bog. The term denotes a situation from which it is difficult to remove oneself.)

Members of society saw themselves in moving-pictures last night and enjoyed the novelty immensely. Robert Burns’s famous prayer has been answered. The gift has been given to us to see ourselves as others see us. If society has enjoyed the revelation, it is to be congratulated. It is not always that the sight of one’s own unfamiliar profile or the sound of one’s unfamiliar voice is conducive to satisfaction. The motion film, in conjunction with the phonograph, thus directed to self-study, can be made of enormous educational value and a factor for the increase of human happiness. Take the after-dinner speaker. A cinematograph presentation of himself, erect above rows of heads bent in submission, reinforced by a phonographic reproduction of himself staggering on through a Serbonian bog of platitudes and imbecilities, would make an extraordinary impression in the cold light of the morning after. The swelling tide of oratory will experience a remarkable subsidence when a speaker begins wondering whether he could really have been so big an idiot as he looks and sounds.