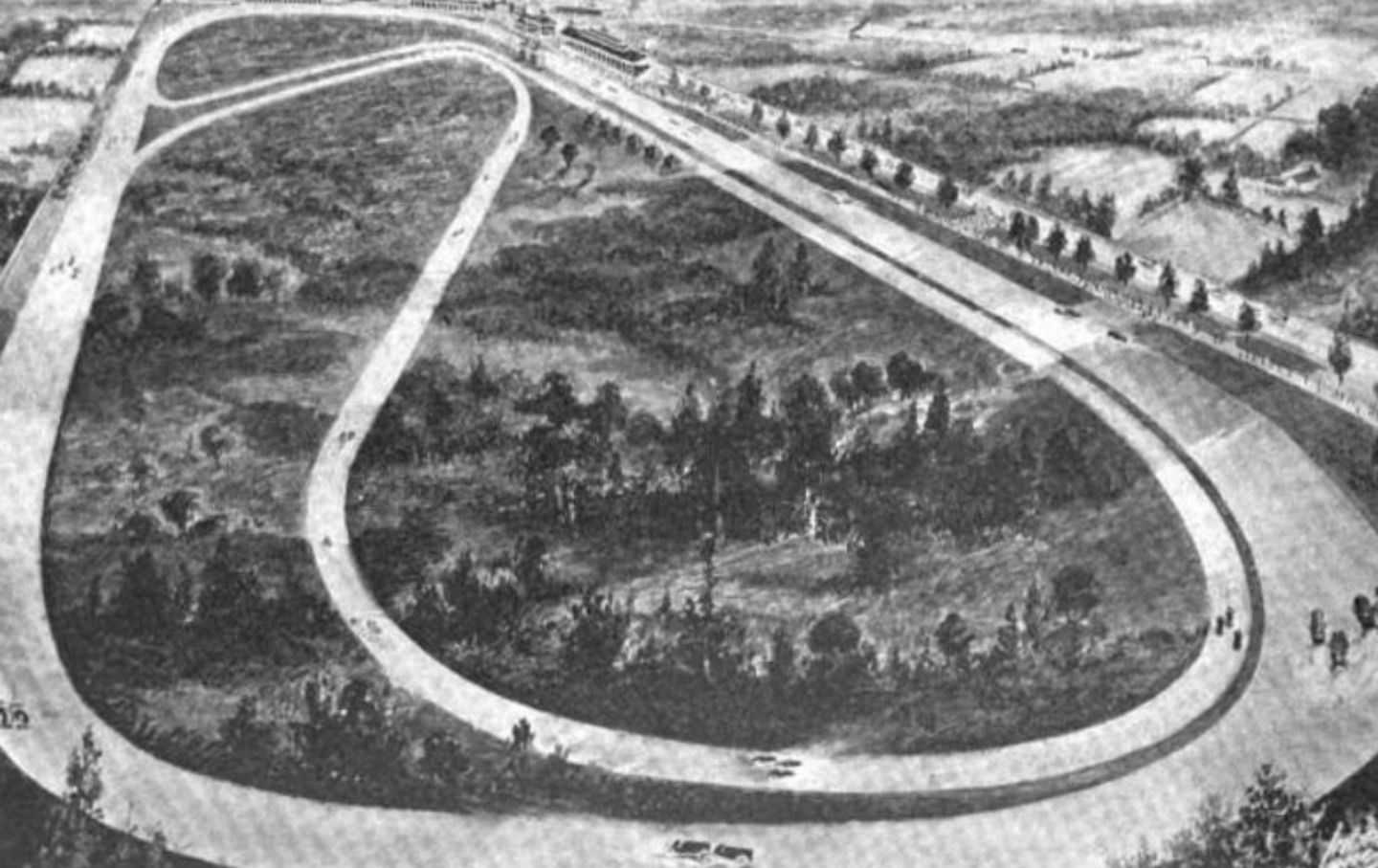 The Indianapolis Speedway just before its opening in 1909. (Wikimedia Commons/Automotive Industries)

When the boys go whirling around the Indianapolis motor speedway every Decoration Day, they do it, most of them, for coffee and cakes. Most of them know they can’t win. They know, because they are shrewd judges of mechanical performance, that the cars they have managed to draw haven’t a chance….

At about 300 miles drivers get so tired that they can hardly bear it. One old driver said that he raced for 50 miles once crying like a baby. “I couldn’t stop,” he said, “and I was so tired. I wanted to go to the pits.” Someone in the pits, he said, sensed the crisis and marked on a blackboard a huge dollar sign. “That was enough,” he said. “It picked me up and I finished.” Almost no one sees the entire race. Some get drunk and wind up in the improvised jail under the stands. Some get drunk and lie on the grass in the sun. Some merely turn their box chairs with their back to the track so they can drink more sociably. The Indianapolis newspapermen and the timing officials are about the only persons besides the drivers who pay attention to the whole long grind. The newspapermen swear after each race that they will not be there for another.