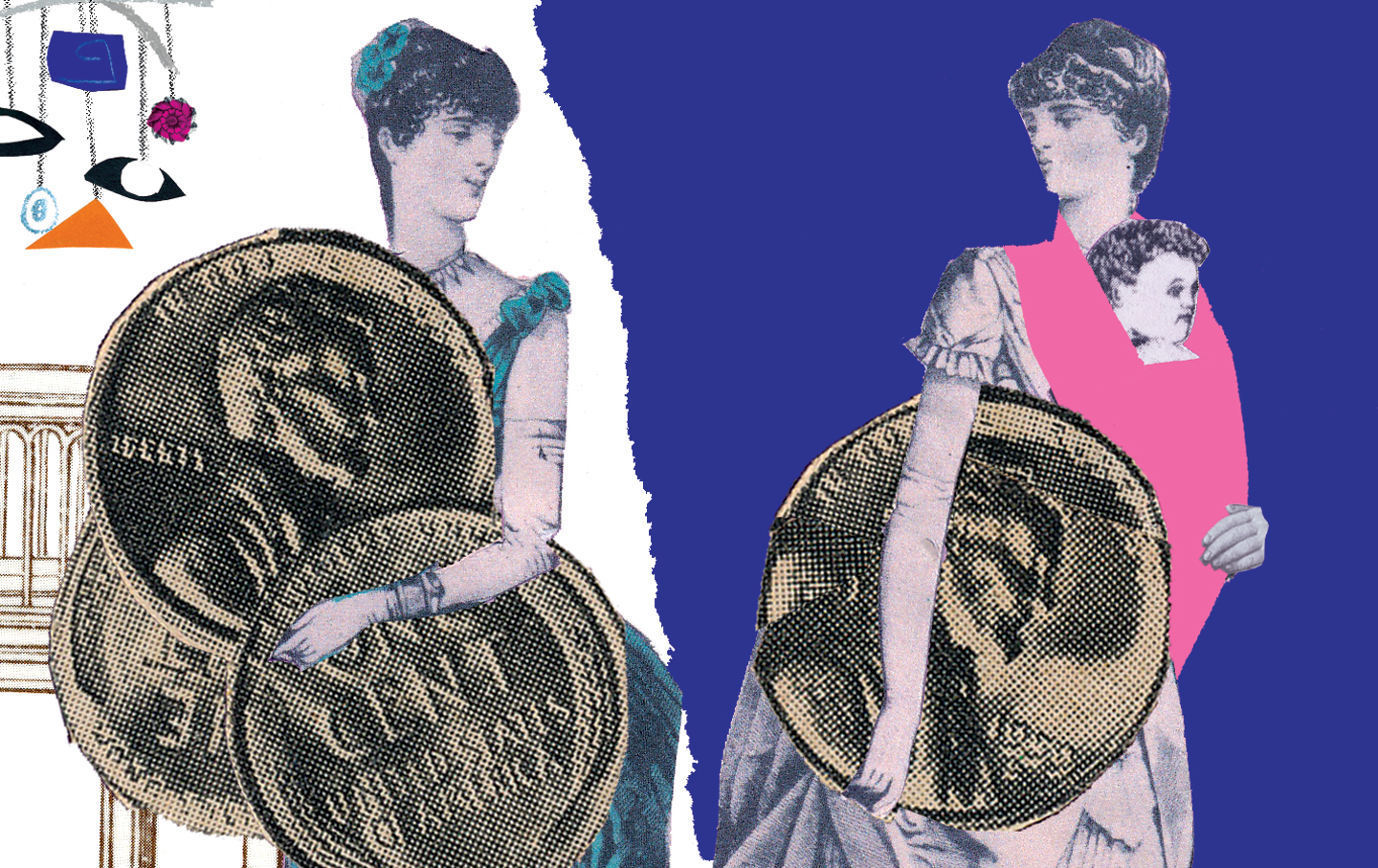 A friend of mine (“Amy”) is getting divorced from another woman (“Jennifer”).  2

Amy is a well-educated, capable person from the middle class, without savings or family money. In recent years, Jennifer has not worked and has focused on the kids more than Amy has. But Jennifer has some family money and is refusing to disclose how much. Jennifer is asking Amy for spousal and child support. 3

The case has not gone before a judge yet, but it will if Amy and Jennifer cannot come to an agreement. Their attorneys disagree on whether Jennifer must disclose the value of those assets that are not part of marital property. It’s unclear how much money she has, but it’s substantial—at least $500,000—and it could be far more. Amy, in contrast, has been required throughout these proceedings to disclose her income.  4

If Amy pays Jennifer spousal and child support, she will not be able to save anything. Jennifer will have the house as an asset, along with the rest of her wealth.  5

Last but not least, Amy initiated the breakup, so making her pay seems to be about emotional issues for Jennifer. 6

Jennifer calls herself a progressive. But she’s using her privilege to keep all her assets and investments, and this seems to be another example of how the rich get richer and screw the rest of us, even when they are nice liberals.  7

What are the ethics, for a progressive person, of shielding wealth and protecting privilege in a divorce? And what about the kids? Having one parent struggling financially, while another is sitting on a pot of gold that she won’t touch, can’t be good for a co-parenting relationship going forward.
—Witness to a Train Wreck 8

The legal system doesn’t have good answers for this family, and this adversarial process isn’t healthy. “If they want to fuck up their kids for life,” says Margaret Martin, a licensed clinical social worker and a couples therapist, “they should absolutely proceed in this direction, especially Jennifer.”10

But there is another way: The couple can work together to figure out a fair solution, through mediation or with a therapist who specializes in divorce and breakups.11

Finding an ethical solution depends on some details. Half a million dollars is a lot, but if Jennifer has been out of the workforce for years, she lacks skills and connections, and her wealth might not last long. A house is a dubious asset because if you sell it, you still have to live somewhere, which costs money. (Also, is there a mortgage on it?) And what is Amy’s income? A corporate lawyer without family wealth is better off than someone with half a million dollars, a house, and no job. (Though the latter person is better off than a Head Start teacher.) Of course, if Jennifer is a multimillionaire, it would be outrageous if Amy had to share her hard-earned income with her.12

Whatever her net worth, Jennifer needs to be more transparent about her own assets and needs, and more realistic about Amy’s ability to support her. Shielding wealth is a privilege that has no place in managing a family.13

Still, Jennifer wants to see her unpaid contribution to the family recognized, especially if that contribution helped Amy’s career. Jennifer may see payment from Amy as the only clear measure of the value of her labor. Divorce can make a person feel disposable and worthless, especially if the ex has a new partner. Jennifer also may see spousal and child support as reparations for heartbreak. The couple need to consider how, without bankrupting herself, Amy can show appreciation for the partner she is leaving. A therapist can help them talk this through.14

If all else fails, Amy may need a forensic accountant.15

Parents should always remember that we’re showing our kids how to conduct grown-up relationships. Fighting over money doesn’t set a good example for them. But allowing Amy to get screwed wouldn’t, either. Rich people should be stopped from expropriating from the middle class—they’re doing enough of that already.16

My friend (really, my friend—not me!) works a minimum-wage job. She was promised that she would get a raise after a three-month trial period, but that keeps getting delayed. Last month, when the receptionist at her office quit, her bosses made her take that job over, even though reception is listed nowhere in her job responsibilities and despite the fact that she hates it. She’s also been corresponding with a colleague via work e-mail in which they’ve both complained, and her colleague just got suspended over “making the workplace negative”! Apparently, their boss has been reading the e-mails. My friend is afraid the same thing could happen to her, never mind that raise.  18

Her office is not unionized and turnover is super-high. She’s just out of college and hasn’t been able to find another job. Would you have any advice for struggling workers with terrible bosses and no union?
—Concerned and Helpless 19

Your friend is getting a brutal post-graduation lesson in American capitalism: Not only are her bosses nasty, but most of their shenanigans are legal. Like many US workers, your friend’s rights are few. Since she isn’t a union member, and probably has no written contract, she has no way of rejecting the unwanted reception duties or insisting on the promised raise.21

The good news is that, according to labor lawyer Tim Sears, punishing employees for communicating with one another about their working conditions is a violation of the National Labor Relations Act. Your friend’s colleague should file a complaint with the National Labor Relations Board. If the boss also retaliates against your friend over those same e-mails, she should do the same.22

Finally, if your friend isn’t optimistic about getting a new job, there is really only one answer, and it’s a tough one: Contact a union in that industry and start organizing.23

Have a question? Ask Liza here.24