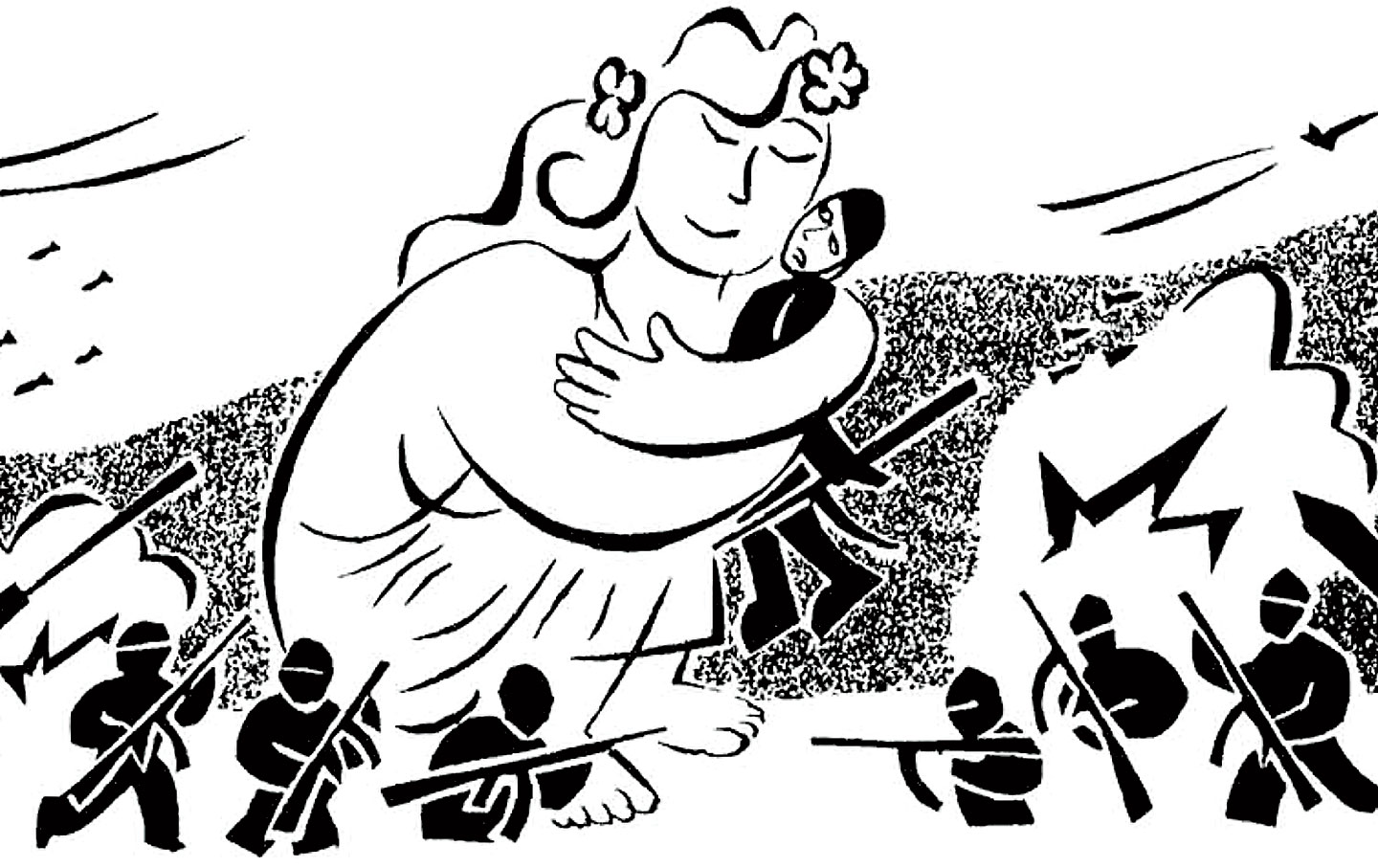 The ascription of particular virtues—compassion, patience, common sense, nonviolence—to mothers, and the tendency to conflate “mothers” with “women,” has a long history in the peace movement but goes way beyond issues of war and peace. At present it permeates discussions of just about every field. Business writers wonder if women’s nurturing, intuitive qualities will make them better executives. Educators suggest that female students suffer in classrooms that emphasize competition over cooperation. Women politicians tout their playground-honed negotiating skills, their egoless devotion to public service, their gender-based commitment to fairness and caring. A variety of political causes—environmentalism, animal rights, even vegetarianism—are promoted as logical extensions of women’s putative peacefulness, closeness to nature, horror of aggression and concern for others’ health. In the arts, we hear a lot about what women’s “real” subjects, methods and materials ought to be. Painting is male. Rhyme is male. Plot is male. Perhaps, say the Lacanian feminists, even logic and language are male. What is female? Nature. Blood. Milk. Communal gatherings. The moon. Quilts.

Haven’t we been here before? Woman as sharer and carer, woman as earth mother, woman as guardian of all the small rituals that knit together a family and a community, woman as beneath, above or beyond such manly concerns as law, reason, abstract ideas—these images are as old as time. Open defenders of male supremacy have always used them to declare women flatly inferior to men; covert ones use them to place women on a pedestal as too good for this naughty world.

There exists an equally ancient line of thought, however, that uses femininity to posit a subversive challenge to the social order. For reasons of power, money and persistent social structures, the vision of the morally superior woman can never overcome the dominant ethos in reality but exists alongside it as a kind of permanent wish or hope: If only powerful and powerless could change places, and the meek inherit the earth! Thus, it is perpetually being rediscovered and presented as a radical new idea.

Although it is couched in the language of praise, difference feminism is demeaning to women. It asks that women be admitted into public life and public discourse not because they have a right to be there but because they will improve them. Why should the task of moral and social transformation be laid on women’s doorstep and not on everyone’s—or, for that matter, on men’s, by the you-broke-it-you-fix-it principle. Peace, the environment, a more humane workplace, economic justice, social support for children—these issues are everyone’s responsibility.

No one asks that other oppressed groups win their freedom by claiming to be extra-good. Only for women is simple justice insufficient. It is as though women don’t believe they are entitled to full citizenship unless they can make a special claim to virtue. Why isn’t being human enough?