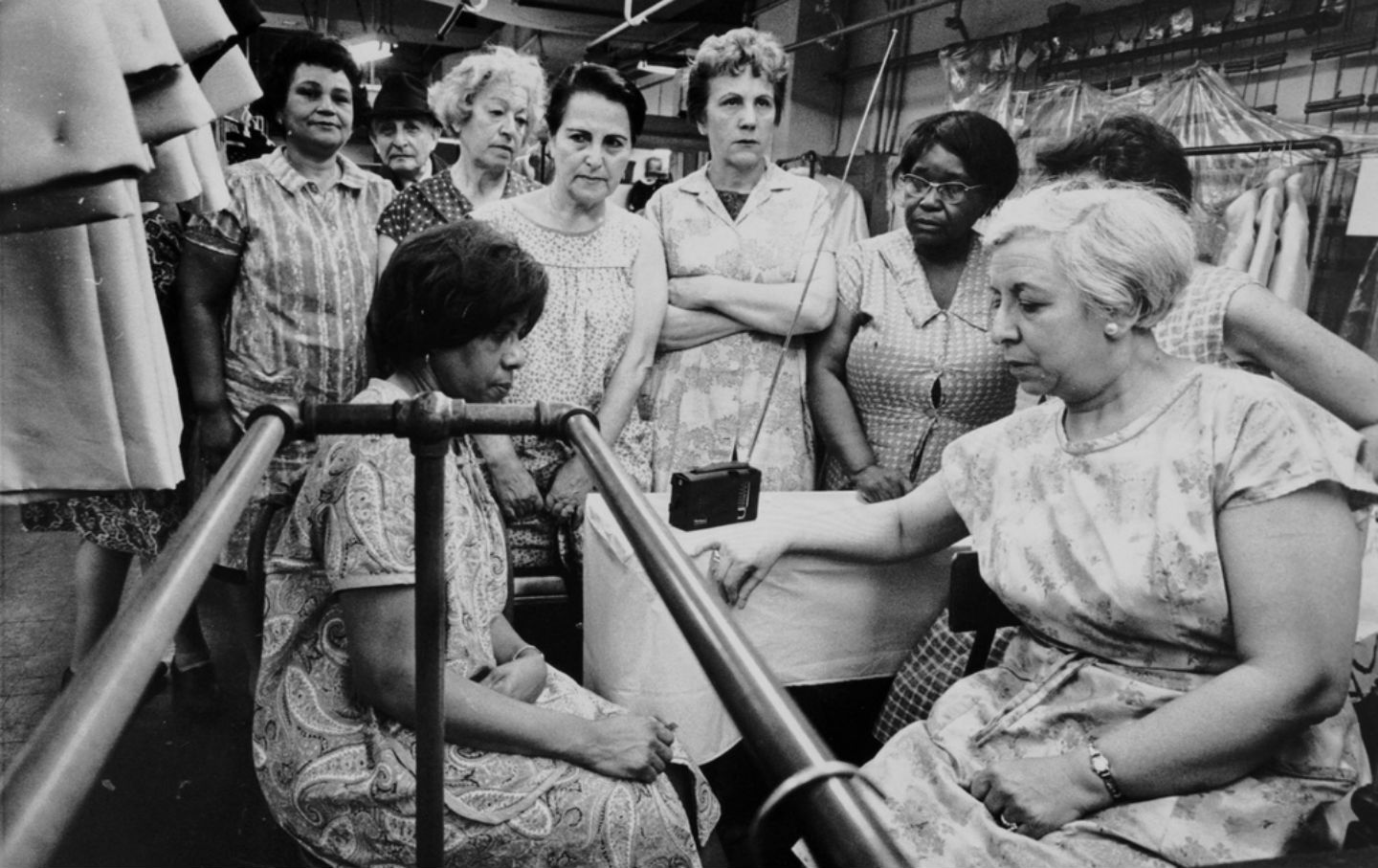 Garment workers gather around a radio to listen to a broadcast of Martin Luther King, Jr.’s funeral on April 8, 1968. (Wikimedia Commons/Cornell University)

On this day in 1968 Martin Luther King Jr. was assassinated in Memphis. The Nation of April 15, 1968, featured a cover with only his name printed on it, above a quote from the psychologist Kenneth Clark: “You have to weep for this country.” The magazine said in an editorial:

The road is still long and hard, and this terrible killing, which could be motivated only by the malice of ignorance, makes it the more difficult to a degree no one can yet estimate. But one thing is certain: we must march. We must march all together and in his name; violence is always irrelevant, in the context of Dr. King’s life it is obscene. As the country knows, he had planned to enter Washington later this month at the head of a “Poor People’s Crusade.” That appointment must be kept—it is the solemn duty of the government to see that it is kept and that it goes forward in the spirit of magnanimous determination to let justice roll down that animated every action Dr. King took. And we should all be there, for now that Dr. King is slain, the title of his crusade takes on a different meaning: in his shadow, we are all “Poor People.” Decency is all he ever asked of the country, and only by the decency of social justice and human respect can the country heal itself of this intolerable deed.