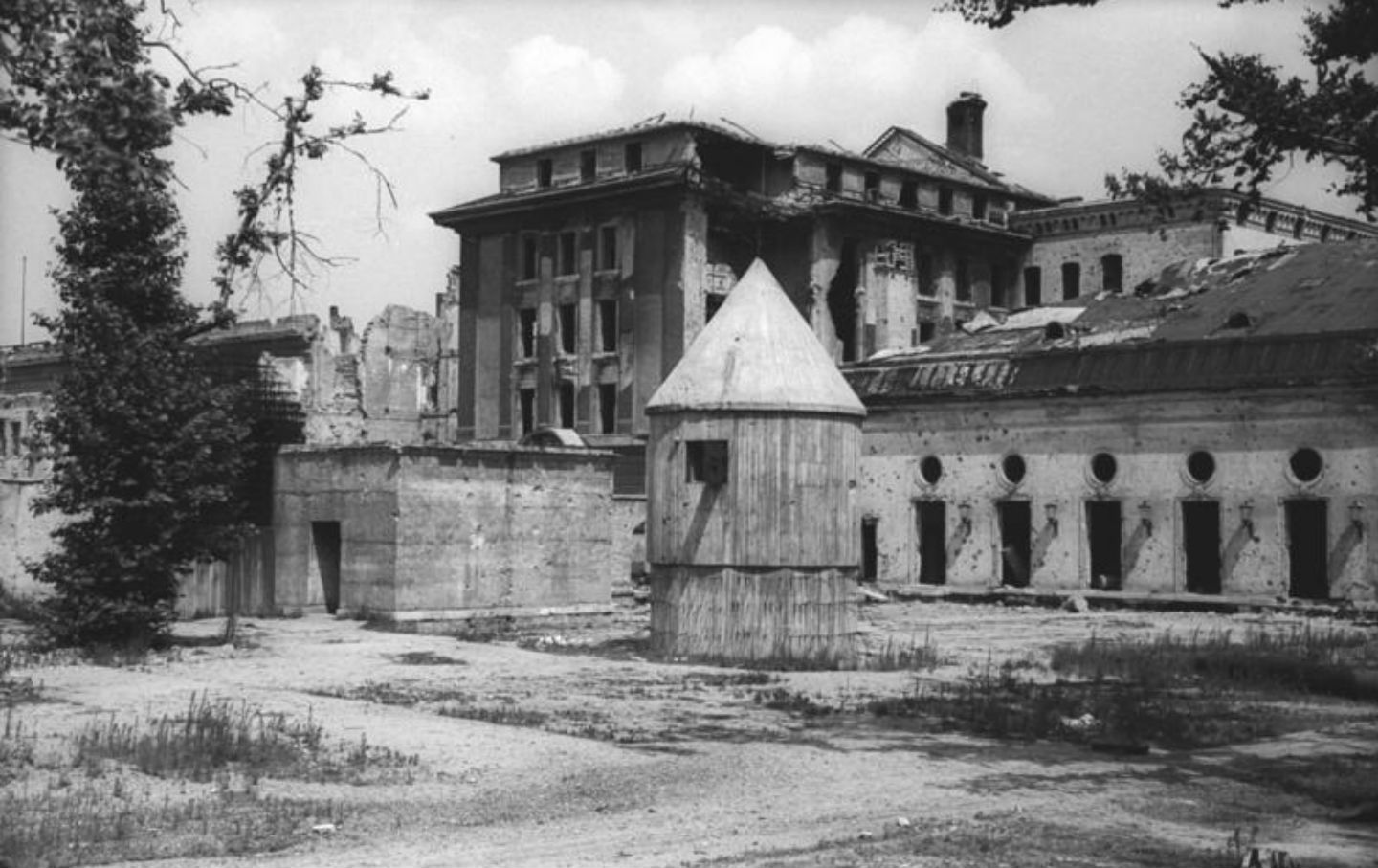 The rear entrance to the bunker where Hitler's body was found, after he committed suicide on April 30, 1945. (Wikimedia Commons)

The German novelist Thomas Mann was first published in The Nation in September 1923, when the magazine’s drama critic Ludwig Lewisohn—an enthusiastic Jewish popularizer of modern German literature—translated Mann’s story “Die Hungernden” as “Hungry Souls.” After Hitler rose to power in 1933, Mann and his family relocated to Switzerland, and then to the United States in 1939. Even before that, however, The Nation published essays by Mann on world politics, including “I Accuse the Hitler Regime” and “I Stand With the Spanish People,” both in 1936, and “The Coming Humanism” in the magazine’s series on Living Philosophies in 1938. Hitler committed suicide with Eva Braun in a Berlin bunker on this day 70 years ago, and the end of the war in Europe came a week later. Picking through the wreckage of his beloved Germany, Mann wrote the following “Address to the German People” published in the Nation of May 12, 1945. Curiously, an editor’s note said the piece was prepared by Mann in California and “transmitted by the Office of War Information.”

The thick-walled torture chamber that Hitlerism had made of Germany is broken open, and our disgrace is bared to the eyes of the world. Foreign commissions who have been shown these incredible scenes report home that the horrors they have seen exceed anything that men could imagine. It is our disgrace, German readers and listeners, for every German—everyone who speaks German, writes German, has lived as a German—is affected by this shameful exposure. It is not a small clique of criminals who are involved; hundreds of thousands of a so-called German Elite—men, youths, and brutish women—committed these misdeeds in morbid lust under the influence of the insane doctrines of National Socialism. Call it the dark potentialities of human nature in general that are revealed here, but remember that it was Germans, hundreds of thousands of them, who revealed those potentialities. The world shudders at the sight of Germany. Even the German who escaped in ample time from the realm of National Socialist leadership, who did not like to live in the vicinity of these abodes of abomination, did not like to go about his business in ostensible virtue and pretend to know nothing while the wind carried the stench of charred human flesh to his nostrils—even this German is ashamed in the depths of his soul for the things that were possible in the land of his fathers and his masters….

Power is lost, but power is not everything. It is not even the main thing. And German greatness was never a matter of power. It was once German and may be German again to win respect and admiration by the human contribution, by the power of the sovereign spirit.