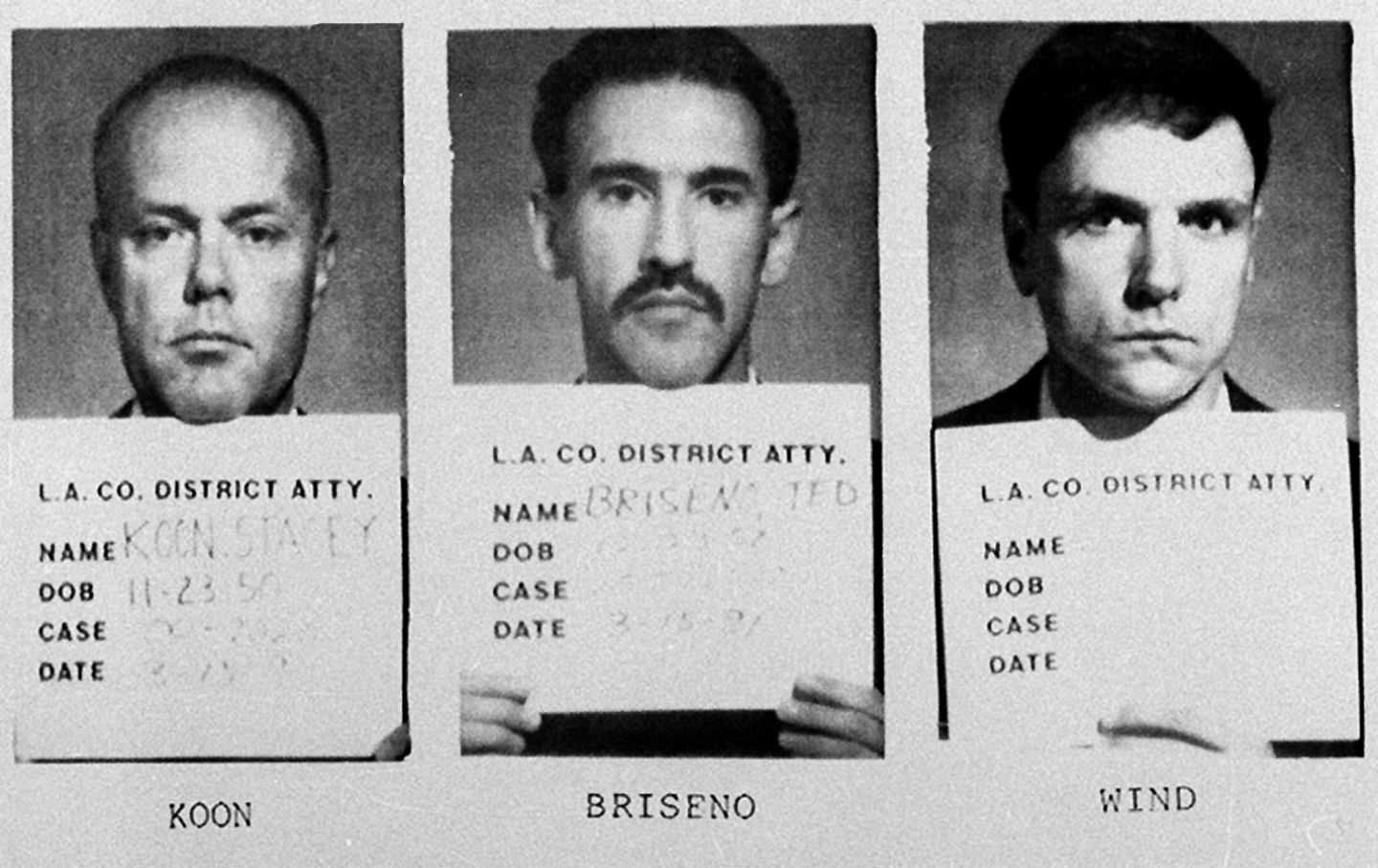 On this day in 1992 the four officers who had been video-taped beating Rodney King within an inch of his life were acquitted of all charges, prompting riots throughout Los Angeles. The great attention the case received in the media seems almost quaint today when it seems that every other day brings news of a new instance of police brutality against people of color; on the off-days we instead hear of police impunity. In the Nation of June 1, 1992, the great Los Angeles historian Mike Davis published an essay, “In L.A., Burning All Illusions,” about the case and the riots. His optimism is today, quite frankly, more than a little difficult to take.

The balance of grievances in the community is complex. Rodney King is the symbol that links unleashed police racism in Los Angeles to the crisis of black life everywhere, from Las Vegas to Toronto. Indeed, it is becoming clear that the King case may be almost as much of a watershed in American history as Dred Scott, a test of the very meaning of the citizenship for which African-Americans have struggled for 400 years. But on the grass-roots level, especially among gang youth, Rodney King may not have quite the same profound resonance. As one of the Inglewood Bloods told me: “Rodney King? Shit, my homies be beat like dogs by the police every day. This riot is about all the homeboys murdered by the police, about the little sister killed by the Koreans, about twenty-seven years of oppression. Rodney King just the trigger.”