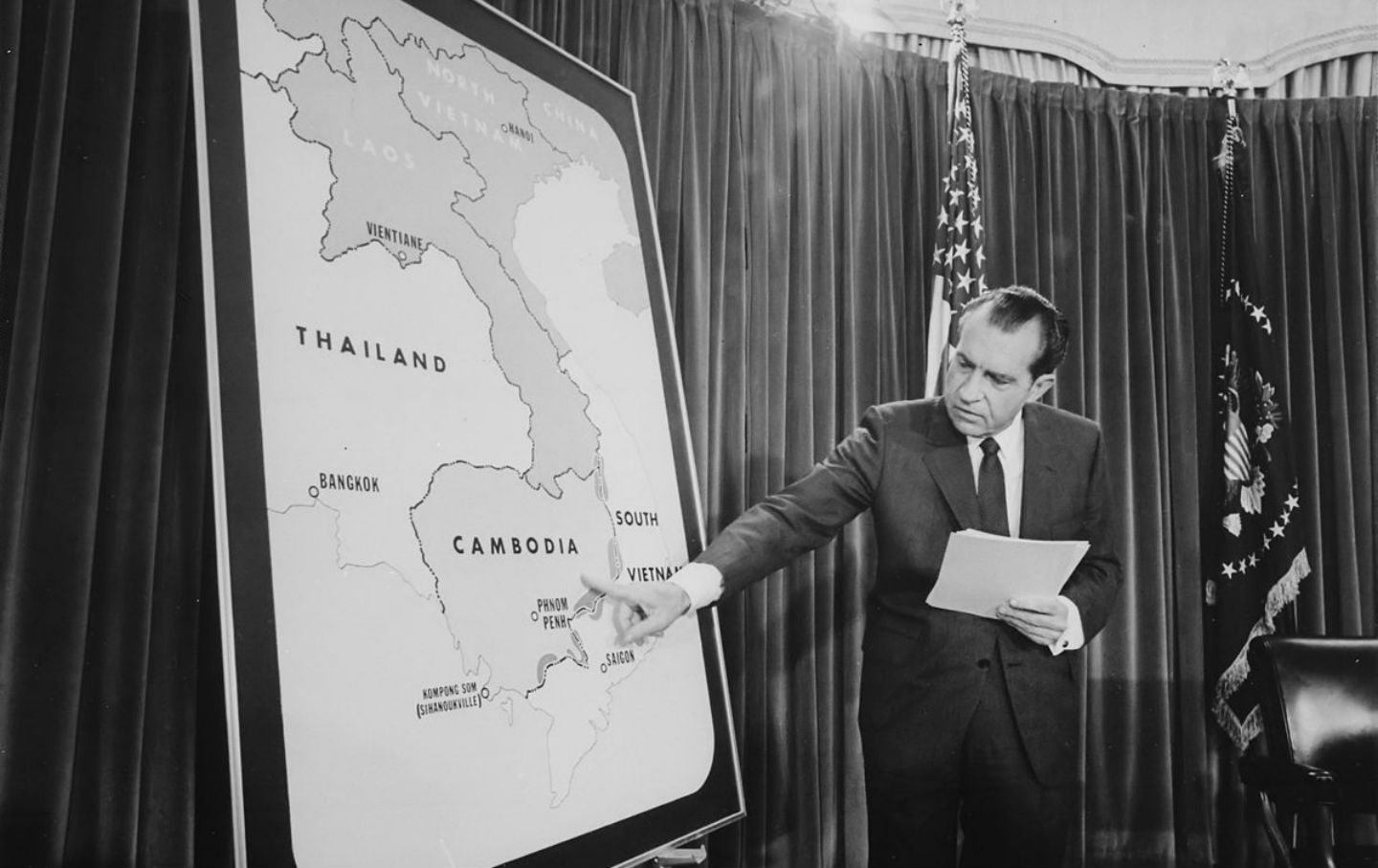 In a televised address, Nixon announced the attack on Cambodia in 1970, saying it was necessary to defeat the People's Army of Vietnam. (National Archives and Records Administration)

On April 20, Nixon had announced that he would be withdrawing over 100,000 troops from Vietnam, but less than two weeks later, on this date 45 years ago, the United States invaded Cambodia, thus extending the war and seemingly precluding further withdrawals. In the Nation of June 1, 1970, the historian and sociologist Franz Schurman wrote “Cambodia: Nixon’s Trap”:

The lies that have been coming out of official quarters in Washington since the Cambodia coup appear to be frantic attempts to preserve the illusion of Presidential command and control over foreign policy. Mr. Nixon’s rapidly alternating moods—calm optimism on April 20, threats on April 30, contrition on May 8—show weakness where there should be strength. The weakness is exacerbated by his inability to choose between two diametrically opposed thrusts of his political make-up—one, a proclivity for reactionary conservatism which marked the beginnings of his political career, and the other a desire expressed in his campaign and in the first year of office to bring us all together. He cannot be a President of peace and of war at the same time. Johnson tried that by separating the two: he waged war abroad and preached peace at home. It worked for a while because the foreign and home fronts were not yet tightly linked. Today they are inextricably enmeshed, morally on the campuses and materially in the stock market. Nixon must make a move in one direction or another. Whichever way he moves, he will have a great fight on his hands. If he does not move, whatever power he has left will slip away. The decisive confrontation between the constitutionalists who want peace and the militarists who want war is close at hand.