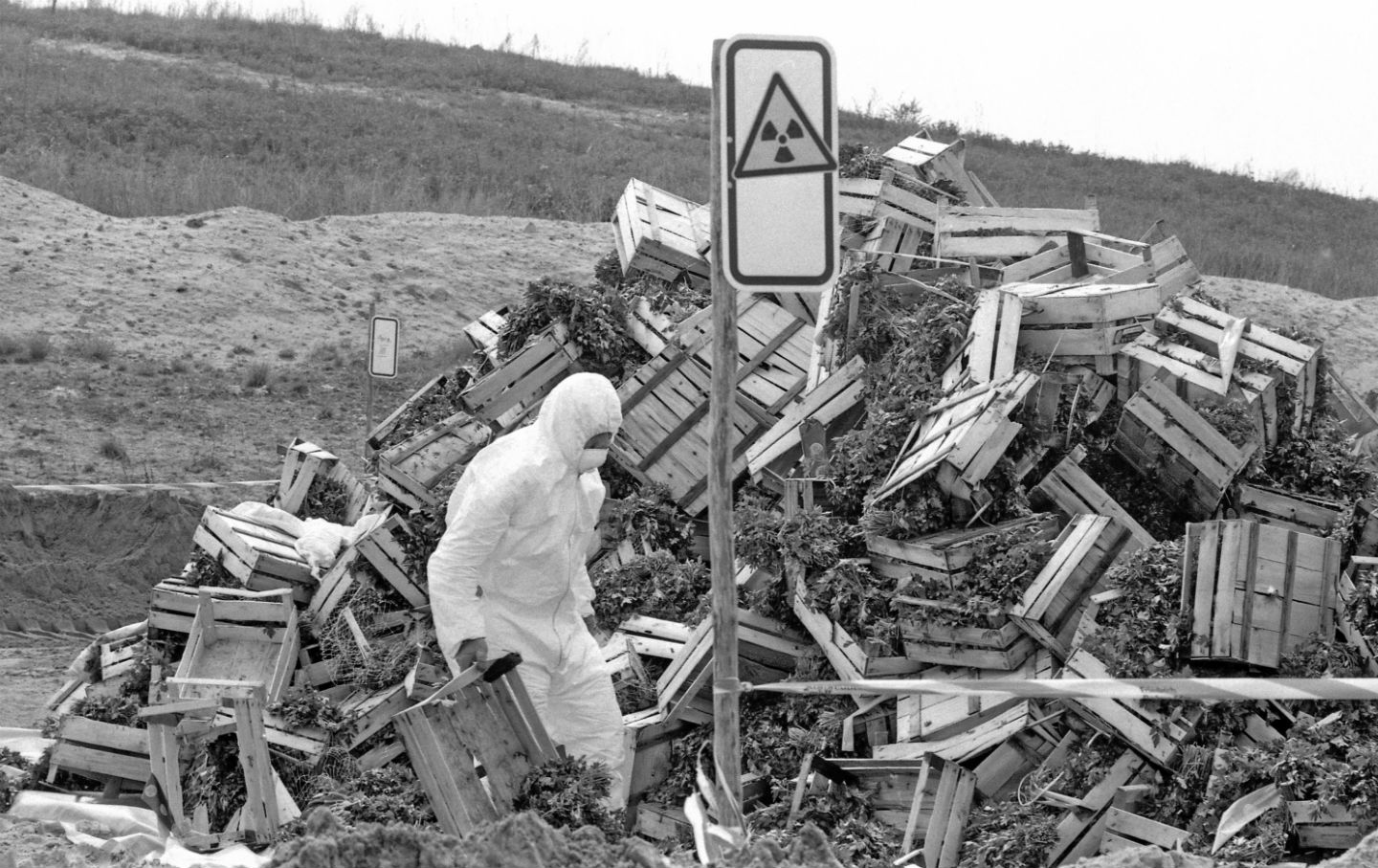 A German worker in a protective suit is throwing out contaminated vegetables on May 9, 1986. Vegetables with low radiation were being stored at this landfill after a decision by the German government to ban contaminated leafy greens in the wake of the Chernobyl meltdown. (AP Photo)

A series of explosions and fires at the nuclear plant in Chernobyl caused a massive plume of fallout to spread across Russia and Europe, leading to dozens of deaths of immediate deaths, thousands of additional radiation-caused fatalities, and hundreds of thousands of evacuations. In an editorial (May 10, 1986), The Nation heralded what it hoped would be the beginning of the end of the age of nuclear power. Alas, we yet await the nuclear disaster that will finally convince people around the world that it may be time for a change.

The Chernobyl accident is, by early accounts, the worst to date, and it is very bad news for the Russians, who handled it poorly from the start. But it is also bad news for the scores of other countries where reactors are already working or under construction or planned. Whatever the weather patterns, we are all downwind from Chernobyl…. The politics of nuclear power will surely produce attempts to stop the spread of new plants and perhaps curb the proliferation of weapons as well. Already Sweden plans to phrase out its nuclear industry by the early twenty-first century. In 1978 Austrians voted to bar a completed facility from going on line. Only citizen-based environmental action movements have challenged the containment structure of secrecy that the nuclear establishments, both East and West, built to shield their work from the beginning. Activist groups in several American states are fighting the construction or operation of nuclear plants, including the Shoreham station in New York and Seabrook in New Hampshire. Depressed oil prices and exorbitant construction costs are taking their toll. Antinuclear activists always said that it would take a major accident to convince the world that atomic power is unsafe in any form. At Chernobyl we may have witnessed the dawn of the postnuclear age.