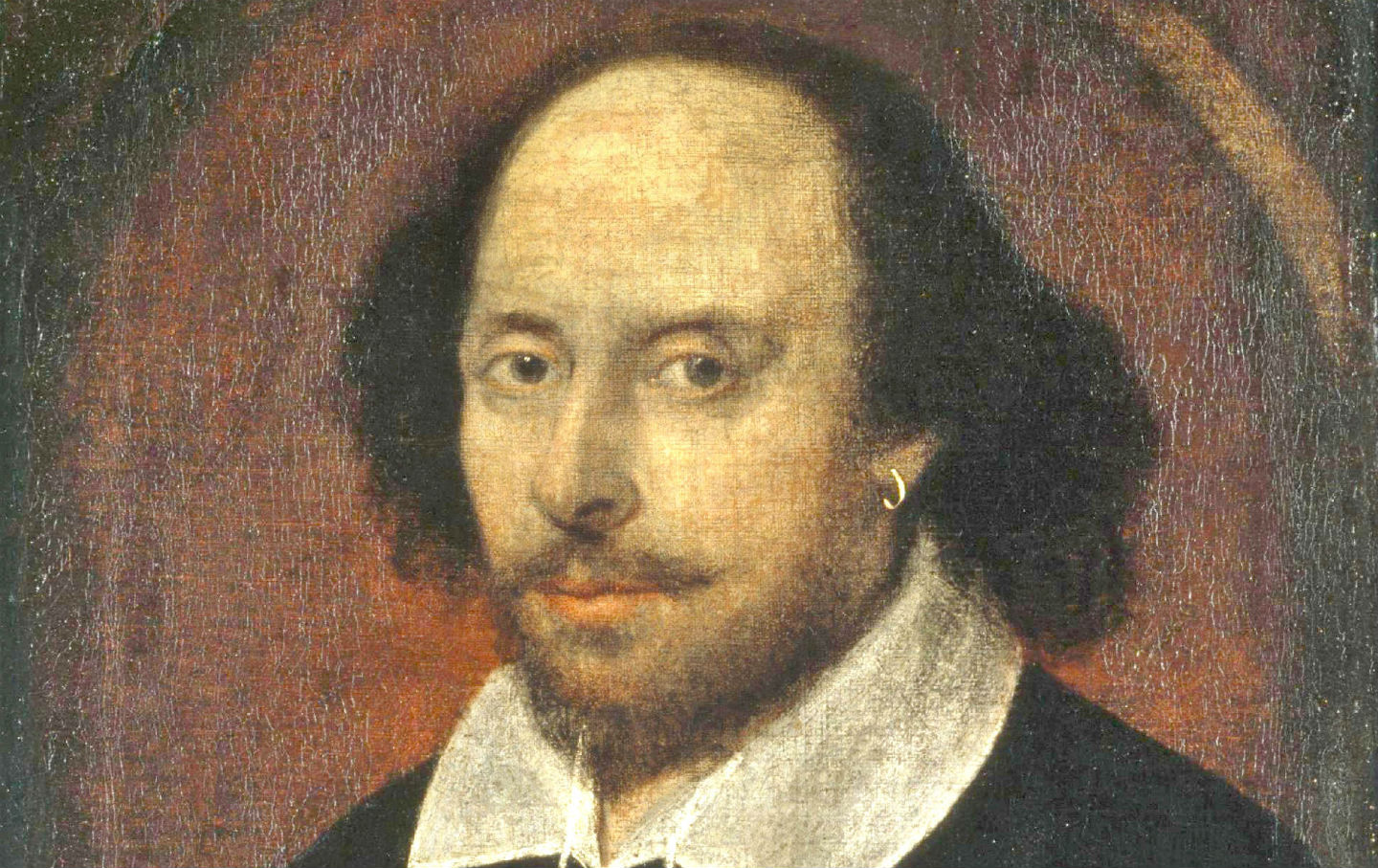 The "Chandos" painting of William Shakespeare, which was at one time thought to be the only painting of him done while he was living. Another painting came out in 2009 that may have more authenticity. (Wikimedia Commons)

Joseph Wood Krutch, whose career at The Nation spanned four decades, was one of the most prominent book and drama critics of his day. He wrote a proto-click-baity article titled “How Great Was Shakespeare?” in October of 1933:

He adopted the conventions of his time; not seldom he allowed himself to be dominated by them; but he was not content to remain always their slave, and in addition to the poetry, there are reachings out toward things wholly beyond the conventions themselves. The only unity of his plays is perhaps a dramatic unity. The only consistent whole they make is that of an effective Elizabeth play. But like all great artists Shakespeare could make the tradition serve his purpose; he could take what was given by an old story or a popular situation and so use it that it became a not unsuitable vehicle for saying what he had to say. Nor does it seem unreasonable to suppose that the thing which has kept him alive is, in large part at least, just this thing which distinguishes him from the rest of that company of practical playwrights of which he made one. Art is artifice. But the artifices owes its meaning to the fact that it has, here and there, its pertinence to life.