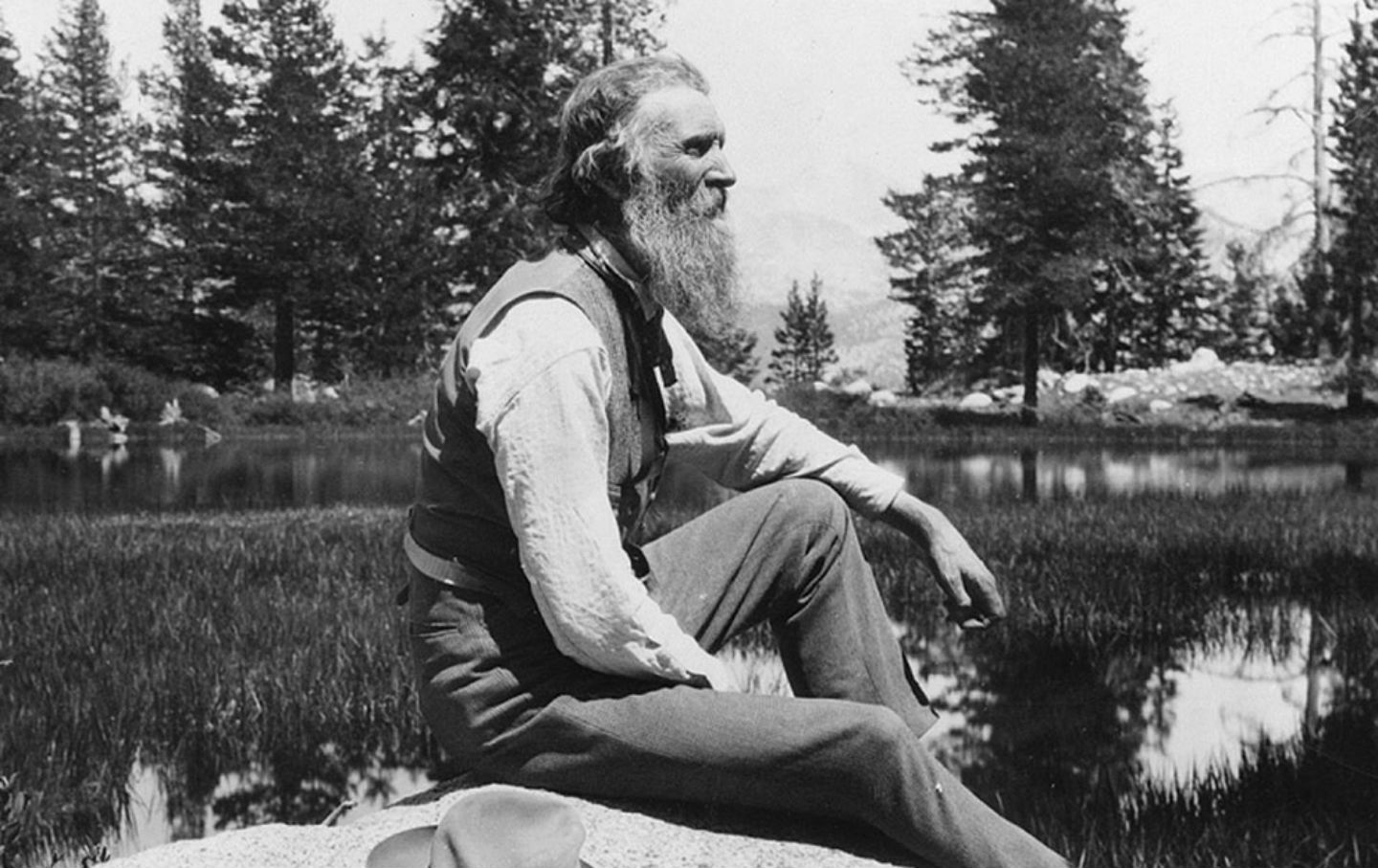 John Muir was probably the most influential and widely read naturalist—because the most mellifluous nature writer—the United States has yet produced. Though it came comparatively late to the cause of conservation, The Nation vigorously endorsed Muir’s unsuccessful campaign to save the Hetch Hetchy Valley of California from being flooded to satiate San Francisco’s thirst. “Not only has Mr. Muir made our national parks his home for many years, and written books about them,” the magazine noted in 1909, “but it was largely through his efforts that some of these parks were set aside as playgrounds and holiday resorts of the American nation.” Conservationism and environmentalism, as it happens, is this month’s Nation Ideal; be sure to check out the interactive timeline we’ve devised which surveys the entirety of The Nation’s coverage of this theme since its founding in 1865. The following essay on Muir by literary editor Mark Van Doren appeared in the Nation of April 12, 1922.

John Muir died in 1914, or he might have been better known. Death on a different scale was about to occupy the energies of the race, and not much attention was paid to the passing of an old naturalist who had devoted his life to mountains, forests, and glaciers, and who never had liked killing…. So lofty and so vibrant was the world Muir made the dwelling-place, now of his body, now of his imagination, during the remainder of his many years…. It is a miracle of literature, this rapture maintained at so high a pitch over so long a time. He passed the prime portion of his life climbing these cliffs, exploring these valleys, measuring and mapping these glaciers, threading these forests, sleeping upon these peaks, pausing upon these precipices “transparent as glass” to the beauty around him, and zealous to enter that beauty in his journal.