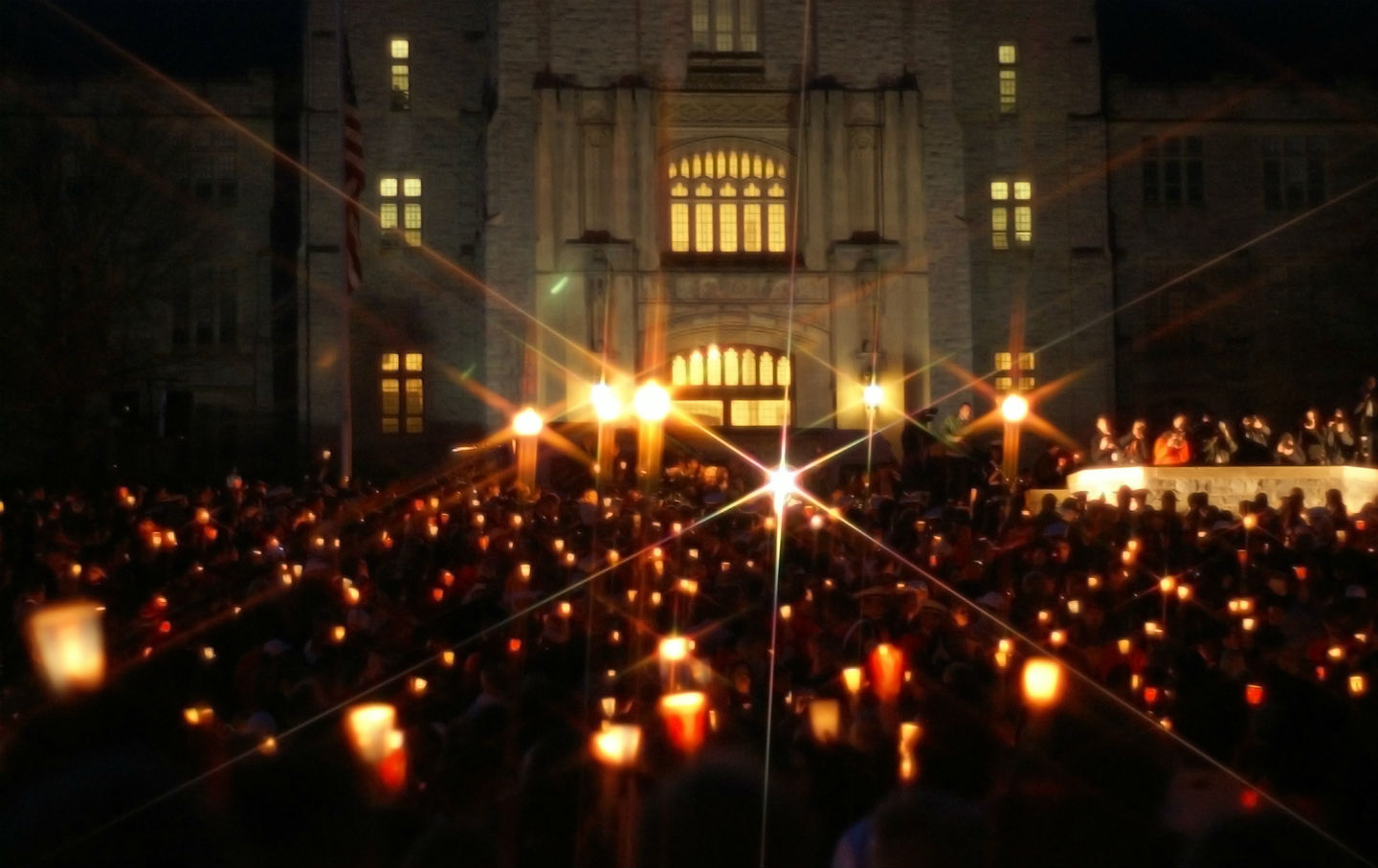 The shooting at Virginia Tech eight years ago remains the deadliest shooting by a single gunman in US history. In the Nation of May 14, 2007, contributing editor Bruce Shapiro wrote:

Why didn’t anyone stop him? As facts emerge about Cho’s long record of troubling encounters with teachers, police and the courts, it is the inevitable and essential question to ask of those institutions. Why didn’t Virginia Tech heed the warnings of Cho’s worried teachers? Why didn’t the school follow up, formally or informally, after his psychiatric commitments? Why wasn’t his stalking of women properly understood as a potential gateway to more serious illness and violence? The point is not to excoriate an individual university president or police officer or judge but to ask: Why didn’t any of you connect the dots? That is an issue of social ethics as much as of specific policies; it is what unites the failure of gun laws and the failure of the mental health system. It reflects an ideology divorced from consequence as surely as the Iraq War or the betrayal of New Orleans. The demand the Virginia Tech massacre places on the school, on Virginia, on all of us, is simple: Only connect.