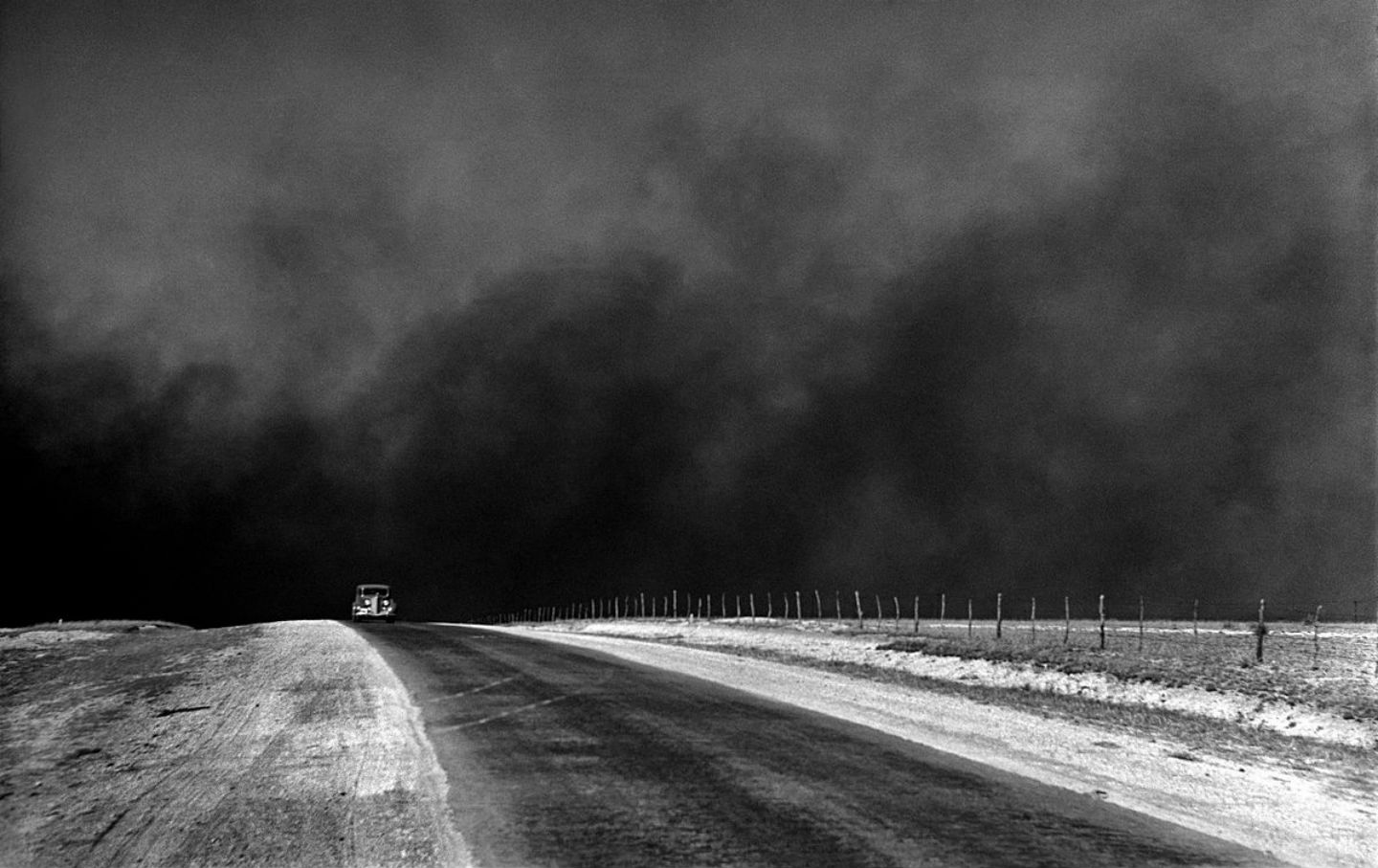 Dust clouds loom behind a car driving through the Texas Panhandle in 1936, during the Dust Bowl. Grapes of Wrath was based on Steinbeck's observations of the crisis. (Wikimedia Commons/Library of Congress)

In 1936, Steinbeck had published in The Nation a report, “Dubious Battle in California,” on the perils facing migrant workers in California (it is included in our 150th-anniversary issue). Steinbeck was named in The Nation’s Honor Roll for 1939 (an ongoing Nation tradition) for “dramatizing…the desperate plight of the migratory farm worker in California and the political and economic forces arrayed against him.” In the same paragraph, future Nation editor Carey McWilliams was cited for “documenting“ the same in his non-fiction work, Factories in the Field, often considered a non-fictional accompaniment to Grapes of Wrath. Steinbeck’s opus was pointedly (and, the editor of The Almanac would aver, justly) tweaked in the Nation of April 15, 1939 by the critic Louis Kronenberger, in a review titled “Hungry Caravan.”

The Grapes of Wrath is a superb tract because it exposes something terrible and true with enormous vigor. It is a superb tract, moreover, by virtue of being thoroughly animated fiction, by virtue of living scenes and living characters (like Ma), not by virtue of discursive homilies and dead characters (like the socialistic preacher). One comes away moved, indignant, protesting, pitying. But one comes away dissatisfied, too, aware that The Grapes of Wrath is too unevenly weighted, too uneconomically proportioned, the work of a writer who is still self-indulgent, still undisciplined, still not altogether aware of the difference in value of various human emotions. The picturesqueness of the Joads, for example, is fine wherever it makes them live more abundantly, but false when simply laid on for effect. Steinbeck’s sentimentalism is good in bringing him close to the lives of his people, but bad when it blurs his insight. Again, the chapters in which Steinbeck halts the story to editorialize about American life are sometimes useful, but oftener pretentious and flatulent.