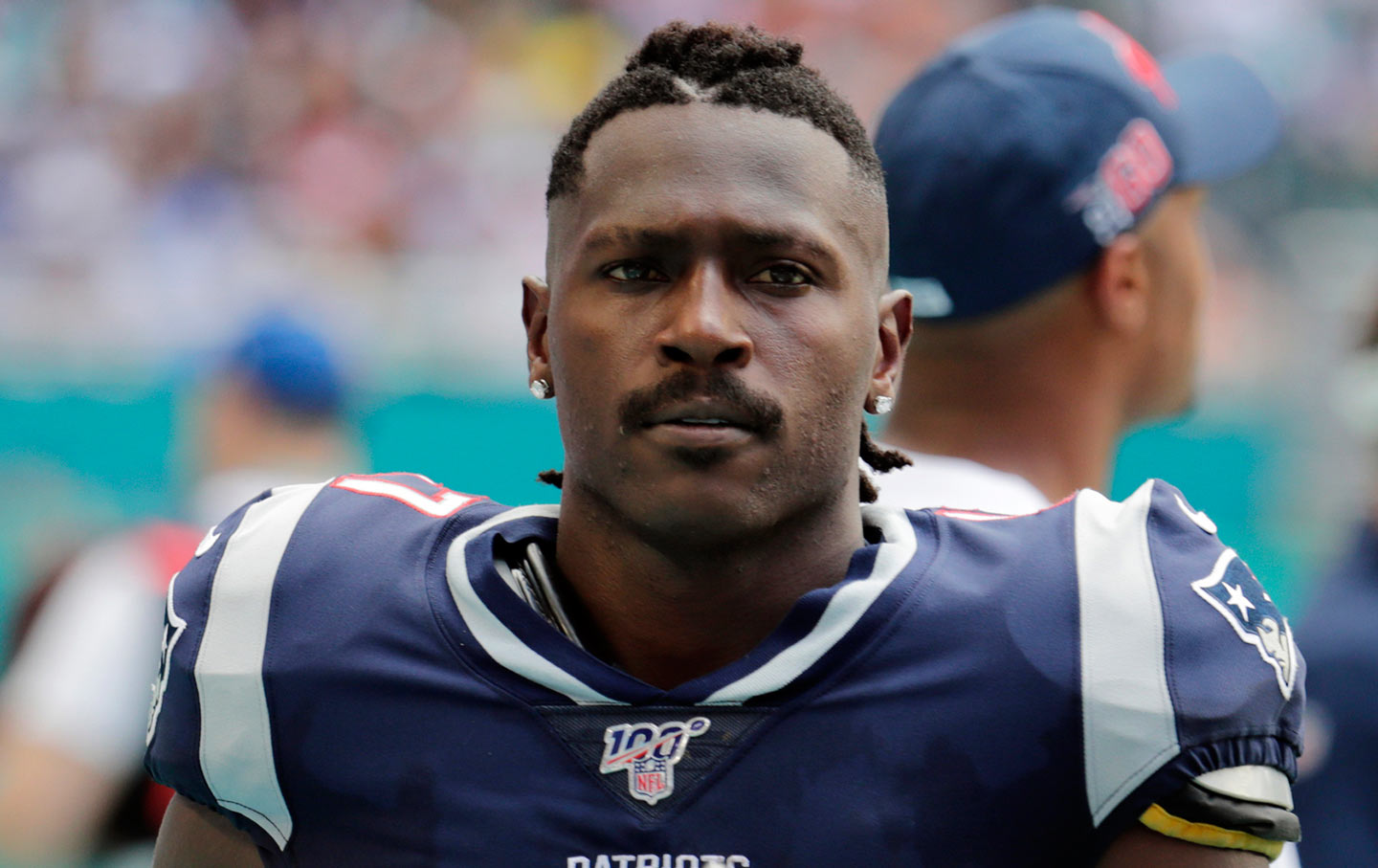 We now have a shocking, vengeful, and altogether fitting end to the saga of now-unemployed NFL wide receiver Antonio Brown. It ended as it began—with a social media bang. Part one of this odious odyssey started with Brown using a series of slick online videos to engineer his way out of a ramshackle Oakland Raiders franchise and to the defending champion New England Patriots. This was seen by some as an audacious act of player empowerment. Part II was the sexual assault accusations leveled at Brown. The Patriots opted to keep him active for a game against the hapless Miami Dolphins in spite of the allegations. Then, this past week, after a damning overview of Brown’s off-field behavior by Sports Illustrated’s Robert Klemko, text messages from Brown were leaked to the public in which he threatened one of the story’s sources. He was then finally released from the team.

For the Patriots, according to public reports, it was this texting that was the final straw. In addition, Brown was dropped from Nike’s roster of athletes, losing his third lucrative contract in two weeks, which must be some kind of a record.

Many thought that Brown’s release would comprise the last chapter of this sordid story. Not exactly. Brown has decided to not only burn his bridges with the NFL but go with napalm. The onetime future Hall-of-Famer took to Twitter in a string of now-deleted tweets about the NFL and its hypocrisy on sexual assault and gender violence. It’s an example of a terrible messenger with an important message—that all the outrage about his behavior is a case of moralistic hypocrisy from a league that cares about these issues only when the spotlight shines the brightest.

First, Brown made clear that he was done with the NFL forever, a kind of “you can’t fire me, I quit” statement where he tweeted [I’ve added some punctuation], “Will not be playing in the @NFL anymore. These owners can cancel deals; do whatever they want at anytime. We will see if the @NFLPA hold them accountable. Sad they can just void guarantees anytime. Going on 40m [that Brown has lost in guarantees over] 2 months. Will see if they pay up.”

Brown then complained a about Ben Roethlisberger of the Pittsburgh Steelers, who was twice accused of sexual assault in 2009 and 2010. Roethlisberger received just a four-game suspension despite a raft of damning evidence about his off-field behaviors. Brown tweeted a 2010 article from CBS News about Roethlisberger’s slap on the wrist with the comment, “4 games for Big Ben. Crazy world. I’m done with it.”

Then he came for owner Robert Kraft, who was videotaped earlier this year in a sex trafficking sting operation at the Orchids of Asia spa: “Kraft got caught in the parlor. AB speculations fired. Different strokes, different folks clearly.” He also sounded off at one of his chief media tormentors, Fox Sports 1’s Shannon Sharpe, with a screenshot from an instance when Sharpe was accused with sexual assault while working for CBS.

If Brown had wanted to, he could have also pointed out that Nike has kept athletes like Cristiano Ronaldo and Kobe Bryant under contract despite histories of accusations of sexual assault.

Predictably, the response by the media minders of the league has been to huff and puff about Brown’s Twitter-storm, as if that’s the problem. Shannon Sharpe promised to “bring the ether” tomorrow, with his own tweet-storm. But the point is not only Brown’s unconscionable off-field behavior. It’s a league that remains reactive on questions of domestic violence and sexual assault, more concerned with public relations than decency, and more caught up with optics than action. One could certainly argue that the league should have nothing to say about any of this and the courts should simply do their job. But once Roger Goodell decided he would be the morals police on these questions, he opened himself up to just the kind of criticism about double standards that Brown is raising. Roger Goodell is out of his depth, and Antonio Brown is making sure that the waters rise.