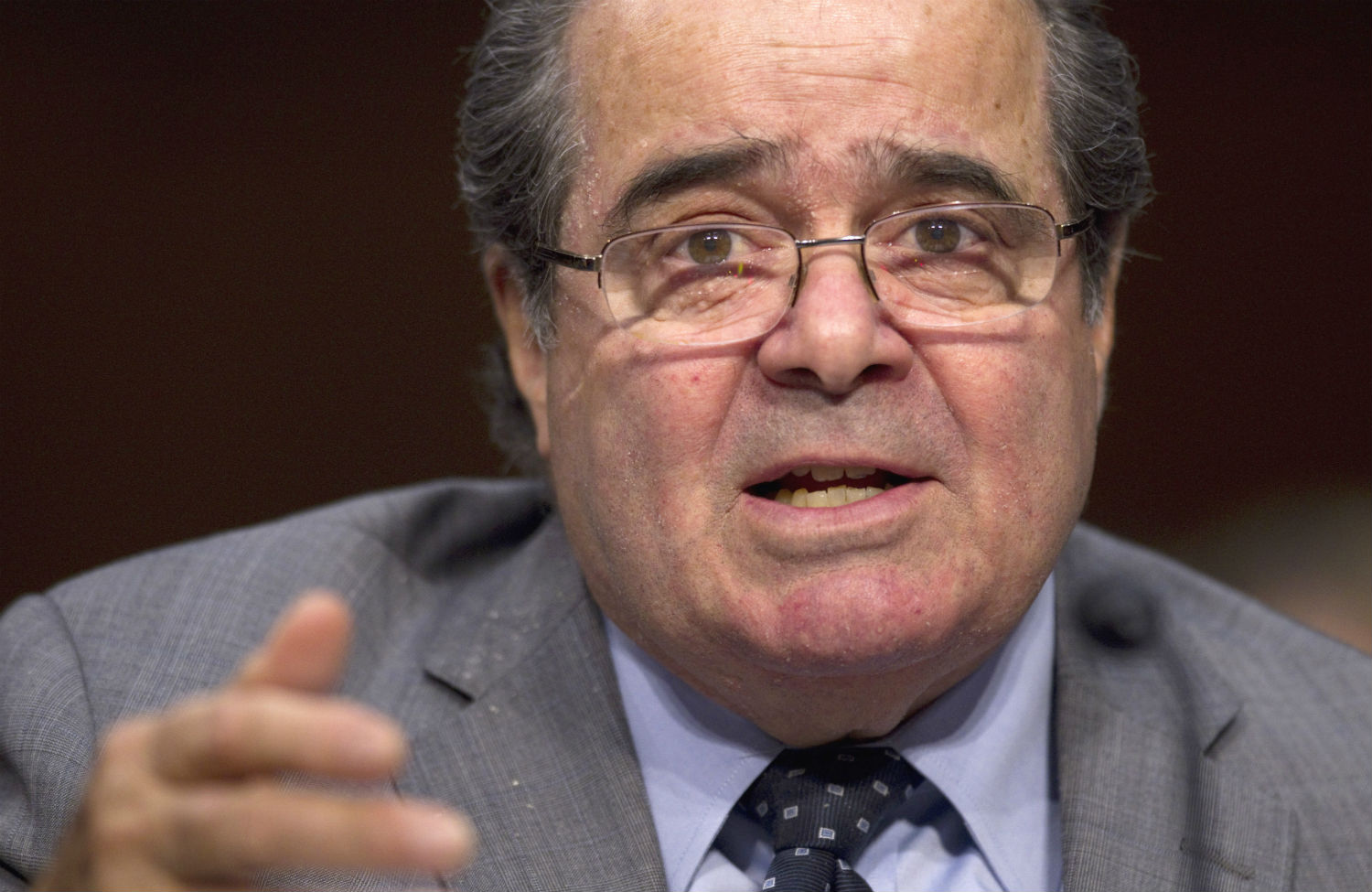 Perhaps, as Justice Scalia told a Swiss university audience earlier this month, it is indeed “very facile” for Americans to declare that “torture is terrible.” The justice posited to his listeners a classic ticking-time-bomb scenario—this one involving “a person that you know for sure knows the location of a nuclear bomb that has been planted in Los Angeles and will kill millions of people”—and asked, “You think it’s clear that you cannot use extreme measures to get that information out of that person?” Now, I didn’t see that episode of 24, but I have read my Bill of Rights, and I’m far more inclined to align myself here with James Madison than with Jack Bauer—or with Antonin Scalia.

Psychopaths, sadists, and Scalia notwithstanding, no one really asks the asinine question, “Is torture terrible?” because it’s already been answered. Torture, George Washington told his troops in 1775, brings “shame, disgrace, and ruin” to the country; earlier this month, Sen. John McCain called the CIA’s enhanced interrogation tactics “shameful and unnecessary” and decried their employment. The UN expressly banned torture in the Universal Declaration of Human Rights in 1948 and twice underlined the position in the International Covenant on Civil and Political Rights (adopted in 1966) and Convention Against Torture (adopted in 1984). Common Article 3 to the Geneva Conventions (1949) prohibits “violence of life and person, in particular murder of all kinds, mutilation, cruel treatment and torture,” as well as “outrages upon personal dignity, in particular humiliating and degrading treatment.” Finally, torture is illegal in the United States under federal law.

In our constitution, the Eighth Amendment is brilliant in its brevity: “Excessive bail shall not be required, nor excessive fines imposed, nor cruel and unusual punishments inflicted.” (Torture is also implicated in the Fourth, Fifth, and Fourteenth Amendments.) Notably, the Bill of Rights omits from its proscriptions countless offenses that a wayward state might commit against humanity, but cruel and unusual punishment is not one of those omissions; along with unlawful search and seizure, torture has been out of bounds since Day One. Still, Justice Scalia has found a chink in the Amendment’s protective armor.

Scalia’s is a truly frightening piece of rhetoric, an interpretation of the Eighth Amendment so narrow as to render it nearly irrelevant. As Judge Sol Wachtler, Chief Judge on the New York Court of Appeals between 1985 and 1993, wrote in December in response to Justice Scalia’s comments, “By saying the torture is not ‘punishment’ if inflicted for a good reason, Scalia redefines the word torture, a component of which is punishment of the most horrendous sort.”

Scalia implies that the emphasis of the Eighth Amendment is on “punishment,” not “cruel and unusual.” Scalia envisions a simple timeline between crime, apprehension, and punishment, seeming to think that the state can do anything it wants to a prisoner, detainee, enemy combatant, whatever—so long as it does not constitute officially meted-out punishment, which to Scalia means one thing: sentencing. In other words, torturing someone in the service of coercion, interrogation, or investigation is fine, right up to when a court assigns culpability and adjudicates consequences, at which point torture instantly becomes punishment and becomes impermissible.

This callousness to universal principles of human dignity and to the founding principles of the Republic must be challenged. When government’s license to behave inappropriately, immorally, or illegally hinges on the malleable definition of the word “punishment”—and on the technical identification of when conduct is and is not punishment—then we’re in trouble. As Judge Wachtler notes, punishment is a component of torture, whether the torturer admits to it or not: when we torture for any reason, we punish. Would Justice Scalia construct constitutionality at a black site by condescending to a water-boarded detainee that he is merely undergoing interrogation and not, in fact, being punished?

It is a travesty that we must countenance a Supreme Court justice who holds such contempt for both domestic and international law—and for human dignity and decency as well. There is no justice in torture, and we cannot tolerate a justice who is for torture.