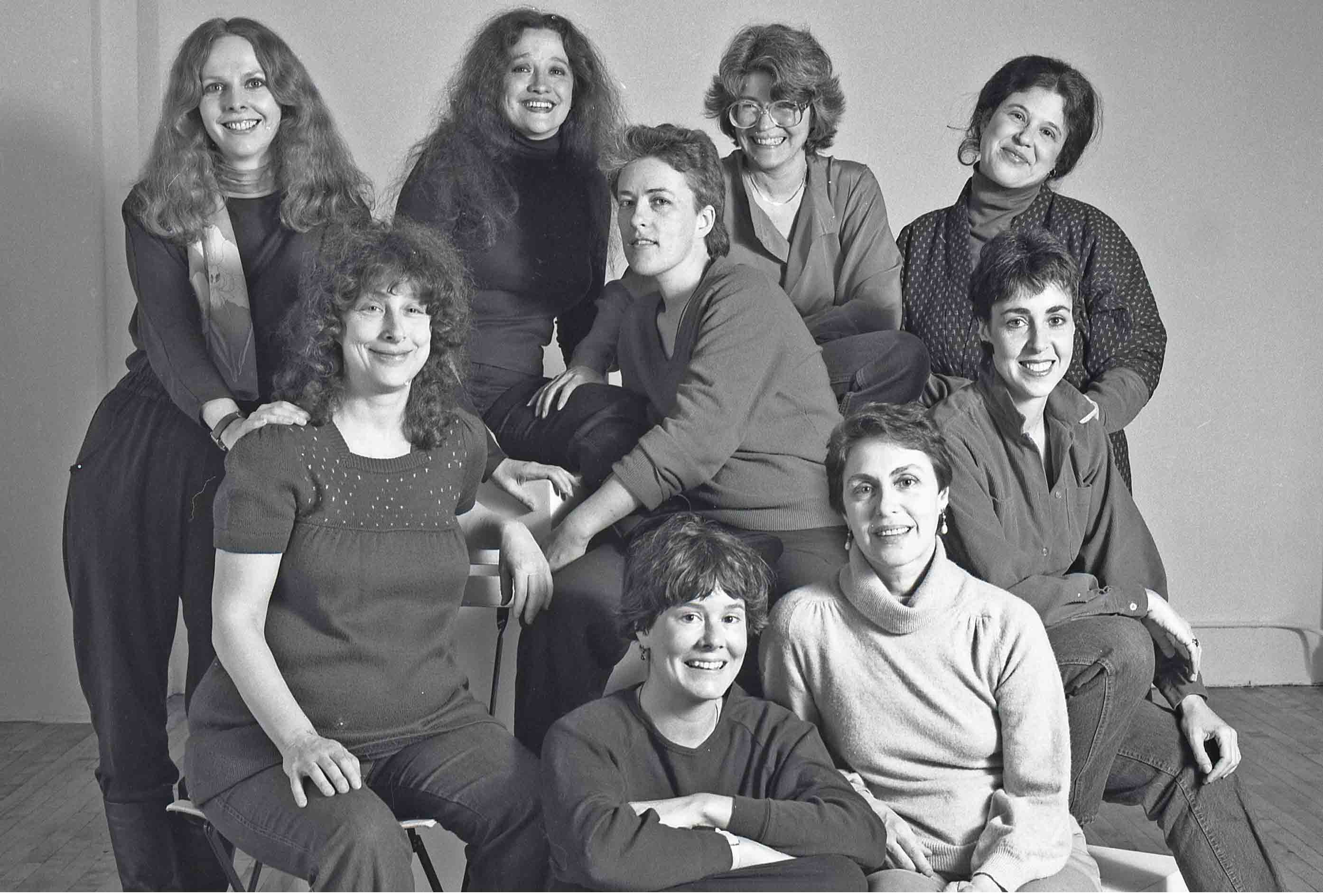 For 50 years, beginning in 1969, when she bolted from her PhD program in literature at the University of London to leap into the flames of the burgeoning women’s liberation movement in her native New York City, Ann Snitow was a founding member of one crucial radical feminist group after another. In many of them, I was her lucky comrade.

After becoming a founding member of New York Radical Feminists in 1969, Snitow co-founded: CARASA (Committee for Abortion Rights and Against Sterilization Abuse), 1977; No More Nice Girls, 1981, a feminist street theater group focused primarily on abortion and sexuality; FACT (Feminist Anti-Censorship Taskforce), 1984, opposing the extreme tactics of the feminist anti-pornography movement; and Take Back the Future, 2002, a feminist anti-war action group. All this, besides co-founding the women’s studies program at Rutgers University in 1972 and twice founding gender studies programs at The New School (1993 and 2010), where she taught for three decades.

In 1990, when the demoralizing anti-feminist right-wing backlash of the 1980s was wearing down US radicals, Snitow shifted her focus to post-Communist Central and Eastern Europe, where a transforming world offered new opportunities for feminism. Co-founding the Network of East-West Women, she linked European and US feminists in a vibrant new movement.

When it came to activism, Snitow’s style was bold, experimental, dogged. Her bywords were “Why not?” and “Let’s do it!” Once she organized a group, she immersed herself in the mundane details. When No More Nice Girls traveled together to Washington, DC, for a mass abortion protest, she was the one in the chaotic railway station holding high a giant placard to gather in our strays, pinning our pink sashes on our backs, distributing train tickets and the posters we’d lettered on the floor of her downtown loft.

The essay collections Snitow co-edited were part of her generous activism, filling holes others noticed but preferred to step around. Powers of Desire: The Politics of Sexuality (1983) makes the case for sex-positive feminism in response to the notorious “sex wars” of the early 1980s that split the movement apart over such issues as sexuality, pornography, and prostitution. The Feminist Memoir Project (1998) preserves for posterity the ephemeral memories of more than 35 aging early activists.

But in her own writing, Snitow’s intellectual style took a strikingly different turn. The hallmark of her essays, collected in The Feminism of Uncertainty (2015), was ambivalence, open-mindedness, flexibility, uncertainty. As she writes in her Introduction, “Feminism is a sensibility, subject to constant revision, but very portable. Even as you change you can take it with you.” Snitow was one of those rare activists who tried to understand rather than demolish her adversaries. In the first piece in her collection, the groundbreaking 1989 essay “A Gender Diary,” which anatomizes the often harsh divisions within feminism, she presents both sides of each divide as sympathetically and evenhandedly as if they were all her own. In her final book, Visitors (forthcoming in spring 2020), a memoir of her quarter-century of networking with feminists throughout Central and Eastern Europe after the fall of Communism, she repeatedly illustrates the way ever-changing circumstances require adaptation of one’s approach and even one’s ideas.

For 15 years, beginning in 1974, she and I were in an unnamed weekly consciousness-raising group in which we became the closest of comrades, collaborators, friends—so I’ll switch here to calling her Ann. The original purpose of the group was to figure out how to fight the depressing backlash that had diluted the radicalism and quashed the momentum of early women’s liberation. But no matter how bad things got for feminism during the succeeding years, our weekly meetings kept us optimistically committed. Every member had a unique personality and presence. Ann’s was to complicate the conversation, always consider one more facet, view the topic from yet another angle. And each time we decided to extend consciousness-raising into action, she was right there with her organizing skills.

In her remembrance of Ellen Willis, radical feminist writer and the first member of our unnamed group to die (of lung cancer in 2006), Ann, who had a gift for friendship, wrote: “What a privilege it was to meet with her—and with each other—once a week for fifteen years. We were a generation of women who had the good luck to love each other as comrades, as people who shared a public as well as a private world. This love was our luck, a gift from a great social movement.”

Just so was it our luck, and the world’s, to have the gift of Ann Snitow, loving, organizing, and teaching us.