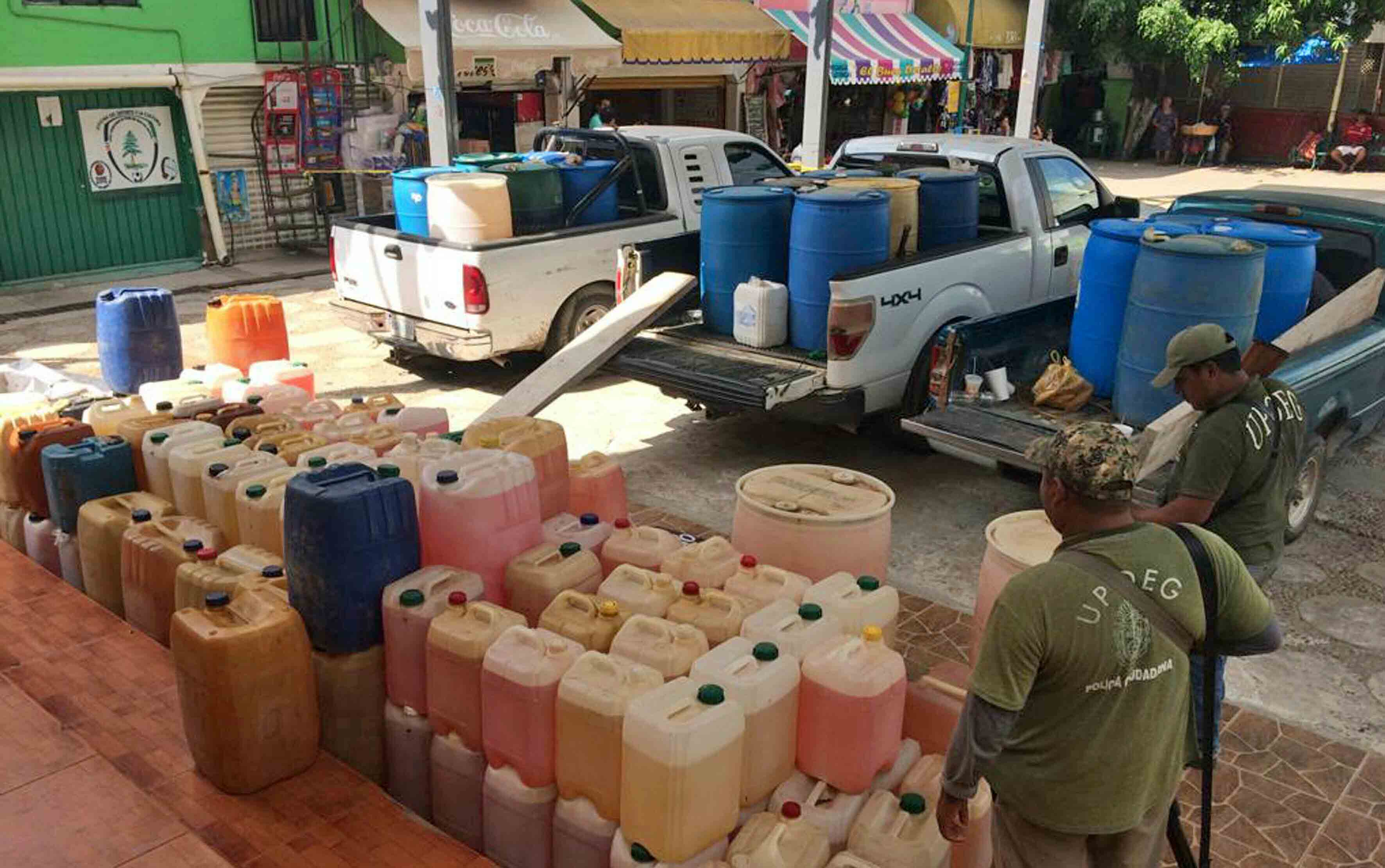 Thousands of liters of stolen gasoline are discovered in a warehouse in Buenavista de la Salud, Mexico. (GDA via AP Images)

On March 6, 2019, an armed group linked to the Santa Rosa de Lima cartel attacked the local office of the federal attorney general in the city of Irapuato, in the central Mexican state of Guanajuato. For the two previous days, the cartel—headed by Jose Antonio Yépez, also known as “El Marro”—had burned vehicles and tires on main highways in protest against the arrest of three of its alleged members, including El Marro’s sister-in-law and a member of the federal police. But Santa Rosa de Lima is not a standard drug cartel. It specializes in stealing gasoline—known as huachicol—the substance that literally fuels Mexico’s sprawling criminal economy. Far from representing the isolated actions of small-time pipeline raiders, this is a business that generates some 60 billion pesos ($3.15 billion US) annually in illicit revenue.

Some 272,000 have lost their lives in Mexico over the last 12 years, the vast majority due to a fratricidal “war on drugs,” which, while doing nothing to reduce the flow of illicit substances, has left the nation torn and traumatized. Now, the new president, Andrés Manuel López Obrador, is taking a different approach to both the drug problem and the rampant corruption that drains up to 10 percent of Mexico’s GDP: Cut off the gasoline. 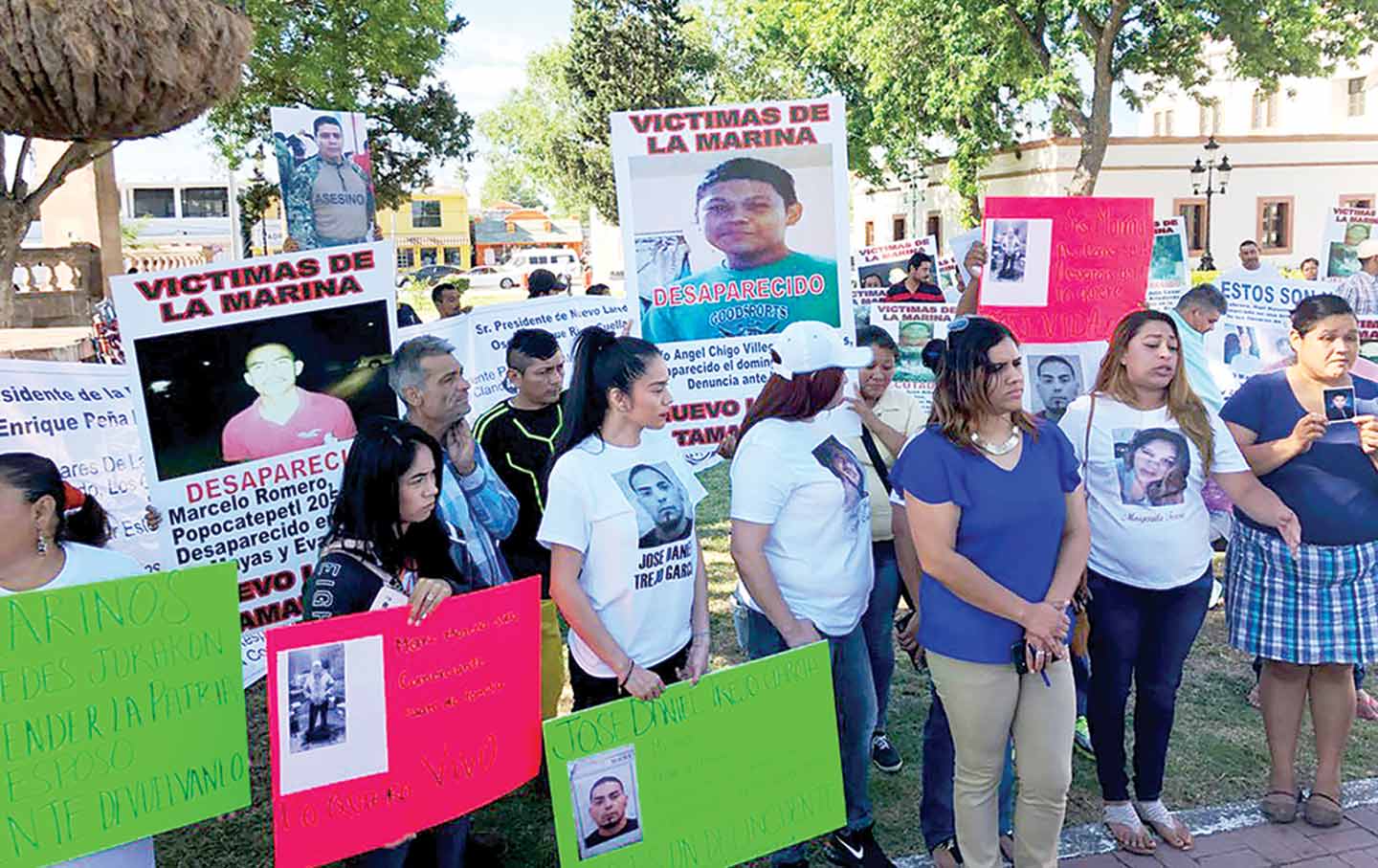 Will Mexico’s New President Seek Justice for the Disappeared?

Like the narcos, the gasoline thieves (or huachicoleros) have their own culture, replete with altars, music, and a patron saint; like the narcos, they even resort to transporting their product through networks of tunnels. They depend on the complicity of politicians, police and, in this case, insiders at the state oil company PEMEX to make it all work. Huachicoleros supply narco ships at sea and, in states such as Puebla and Jalisco, are being absorbed by local cartels with links to national organizations such as the Gulf Cartel, Jalisco Nueva Generación, and Las Zetas.

“The black market for fuel has been a parallel industry within PEMEX for over two decades,” writes Ana Lilia Pérez, journalist and author of a series of investigative reports on the issue that have led to her receiving death threats and spending a period of exile in Germany. “What began as micro-theft by workers has grown into a structure that, from within the bowels of the oil facilities, involves employees, contractors, gas-station owners, industrialists…as well as ship captains and crews.” Some 80 percent of the theft, Pérez asserts, is internal in origin, with control-room personnel at PEMEX headquarters coordinating with thieves in the field to alert them to shipments heading down the lines. It is, she contends, “a question of national security.”

President López Obrador agrees. Elected on a platform of rooting out corruption, the first progressive president in modern Mexican history concluded that the only way to combat the problem was to send the army to secure Pemex oil facilities, close off the pipelines that were the targets of huachicoleo, and to transport the gasoline where necessary by tanker truck or train. His government has also moved quickly to fire PEMEX workers involved in the theft, freeze the bank accounts of businesses trafficking in stolen gasoline, and cancel the licenses of gas stations selling it at the pump.

Inevitably, the combination of these actions led to gasoline shortages in the states most affected by the theft, with attendant scenes of gas-station lines, panic buys, and reports of gasoline “scalping” or reselling. Not surprisingly, the Mexican right attempted to use this as a cudgel with which to beat López Obrador, contending that, in addition to being poorly planned and executed, the operation was simply a precursor of the shortages and economic shocks to be faced under his administration. But the Mexican public, sick of the unending violence and of years of governmental complicity in corruption and appalling human-rights abuses, broadly approve of a strategy that replaces shooting with savvy: In a survey published by the newspaper Reforma, 73 percent declared themselves to be in support, even if it meant weathering some short-term pain. And with the tragic death of 85 people due to a huachicol-related pipeline rupture in the State of Hidalgo on January 19, the danger of gasoline theft has hit home with gruesome force. 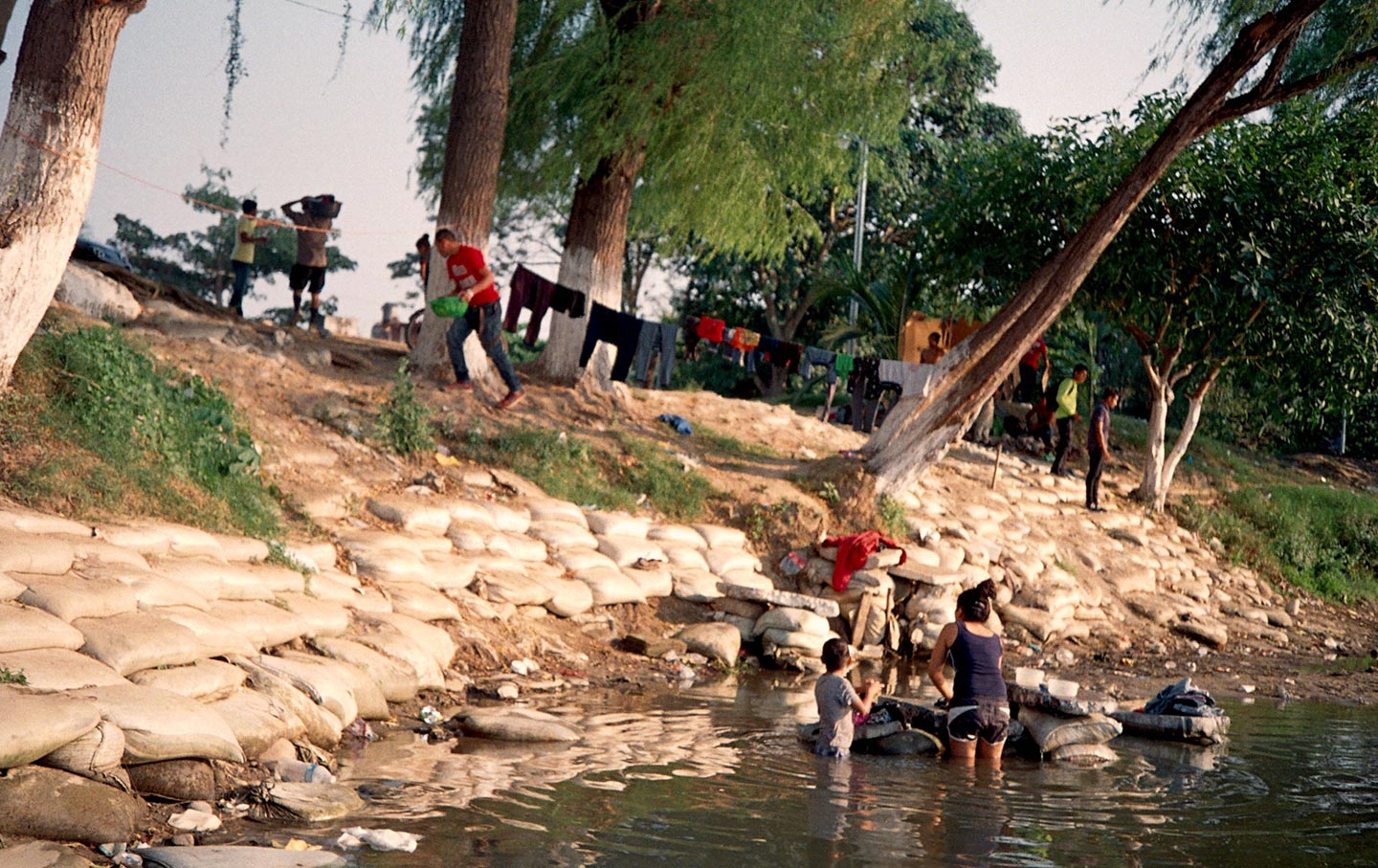 Will Migrants Stay in Mexico?

And as the attacks in Irapuato demonstrate, going after the broad sea of black-market illicitness without necessitating—or provoking—more violence will be an extremely delicate balancing act. As in the case of certain narcos, the huachicoleros tend to become popular in the areas where they operate, taking on a state long seen (correctly) as lining its pockets at the people’s expense while raising gasoline prices to the point that it now costs more to fill a tank in Mexico than the United States. The challenge for López Obrador will be to persuade the public to see the huachicoleros as the criminals they are and, thus, to cease protecting them.

All of this, however, is just the beginning: Following his battle against black-market gasoline, López Obrador has promised to clean house at the Federal Electricity Commission and the Mexican Institute for Social Security, the nation’s public-health service, where the theft of medication has constituted a long-running variant on the actions of the huachicoleros. In each of these fights, he will be taking on a new set of entrenched enemies. At a recent press conference, López Obrador was asked point-blank if he fears for his life. “I’m a human being,” the president responded. “I feel fear like all human beings. But I’m not a coward.”