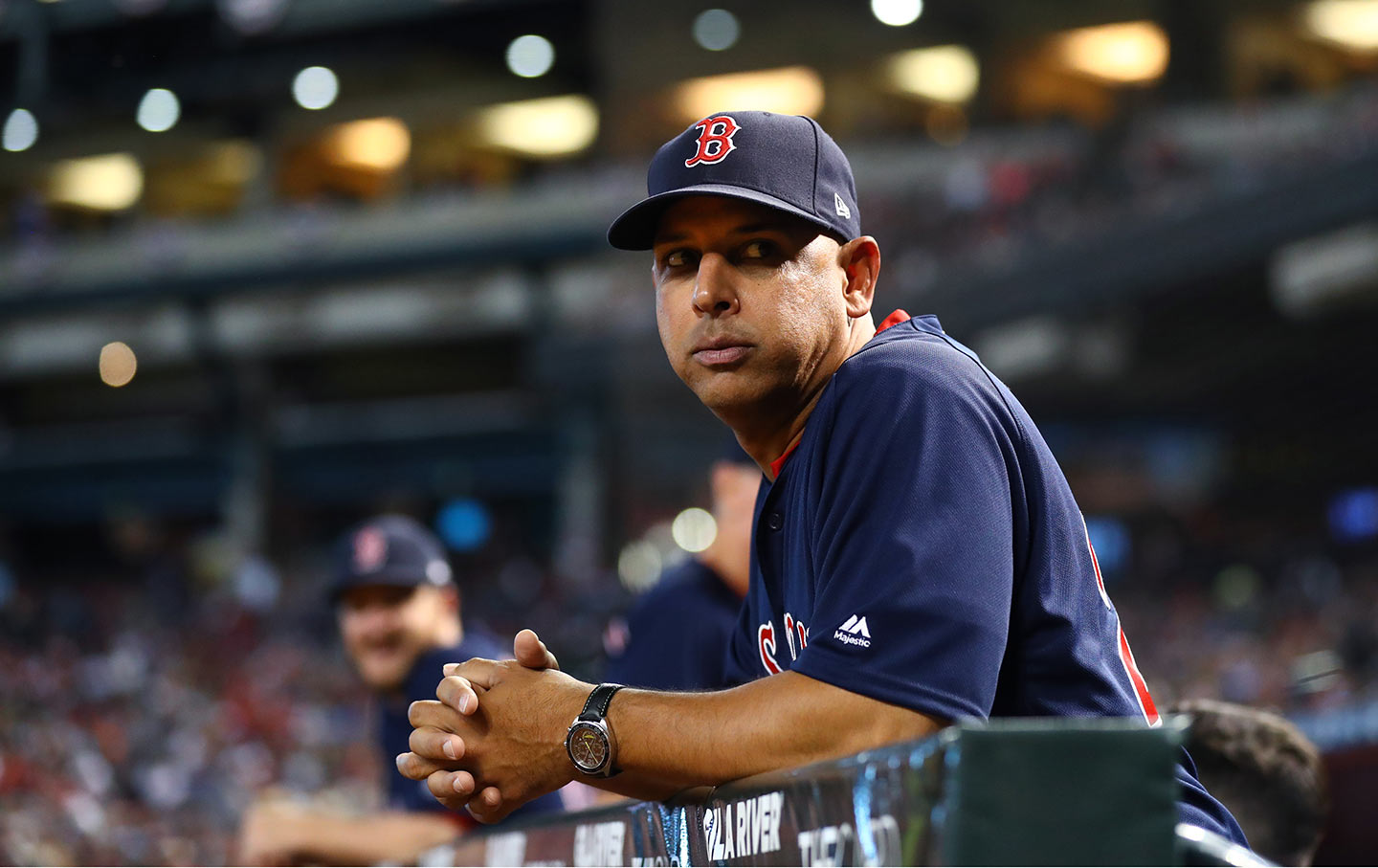 Alex Cora, the 43-year-old manager of the World Series champion Boston Red Sox was born in Caguas, Puerto Rico, a small city of 140,000 people, 20 miles from San Juan. Cora’s commitment to his place of birth and his sense of self-respect are keeping him from attending this week’s ceremonial White House visit with Donald Trump that usually comes with winning a sports championship (other than the NBA and WNBA championships, of course. The players in these leagues and Trump share a very public and mutual enmity). There will be no cold Big Macs and flat Coca-Cola for the Red Sox manager. Alex Cora is not tempted by either the fast food or the proximity to power. The malignant neglect that Trump has shown Cora’s Puerto Rico in the aftermath of Hurricane Maria, as well as Trump’s sociopathic disregard for the island’s dead, has made it impossible for Cora to join the president at the White House.

In a letter to the Puerto Rican newspaper El Nuevo Día, Cora wrote:

Puerto Rico is very important to me. During the winter I spent a lot of time back home, visiting my family and friends. Unfortunately, we are still struggling, still fighting. Some people still lack basic necessities, others remain without electricity and many homes and schools are in pretty bad shape almost a year and a half after Hurricane María struck… Even though the United States Government has helped, there’s still a long road ahead and that is OUR reality. I’ve used my voice on many occasions so that Puerto Ricans are not forgotten and my absence (from the White House) is no different. As such, at this moment, I don’t feel comfortable celebrating in the White House.

Cora won’t be alone. Catcher Christian Vázquez, also from Puerto Rico, will not attend. Neither will 2018 American League MVP Mookie Betts, David Price, Xander Bogaerts, Jackie Bradley Jr., Héctor Velázquez, and Rafael Devers. Other players are still contemplating whether or not they will have that lukewarm quarter-pounder with cheese, saying that they are undecided.

Cora’s anger at Trump is well-founded. In addition to his inaction around offering emergency aid after Hurricane Maria, Trump has mocked the elected officials in Puerto Rico and chosen to say that the 3,000 Puerto Ricans who died as a result of the hurricane simply don’t exist. He calls the number fake news—saying the figure is more like six to 18—and won’t acknowledge either the horrific impact of the hurricane or pay any respects to the dead. Trump was more afraid of Puerto Rico being remembered as “a real catastrophe like Hurricane Katrina” than he was in actually using his power to save lives.

Cora has consistently commented on Trump’s cruelty, saying last September, “Writing tweets about 3,000 people and [local politicians not] being efficient, that’s showing a lack of respect towards my country. I respect him [Trump]. He is the President of the United States. But I don’t agree with many of the things he’s said about us [Puerto Ricans].”

Cora also said, “It’s actually disrespectful for my country. We see it that way. I know he probably doesn’t feel that way. And like I said, ‘Hey, man, thank you for helping us.’ He went down there; he did what he did. I hate talking about politics and all that. But I think this is more than politics. This is about a country that really suffered.”

Cora initially thought about attending the White House to raise the issue of Puerto Rico with Trump. But he explained, “Conversations with loved ones…. The closest ones to me, we talk about it and we decided this is the best way to do it.”

This sense of political principle—it must be noted—stands in stark contrast to golfer and 2019 Masters champion Tiger Woods, who will be visiting the White House this week and has been promised—for reasons no more apparent than that he is willing to kiss Trump’s ring—the Presidential Medal of Freedom. Woods says that he is going to the White House because he “respects the office.” It’s people like Alex Cora who remind us that a president who respects no one unless they pledge sycophantic loyalty is not worthy of respect. Especially when it comes at a cost of your self-respect.