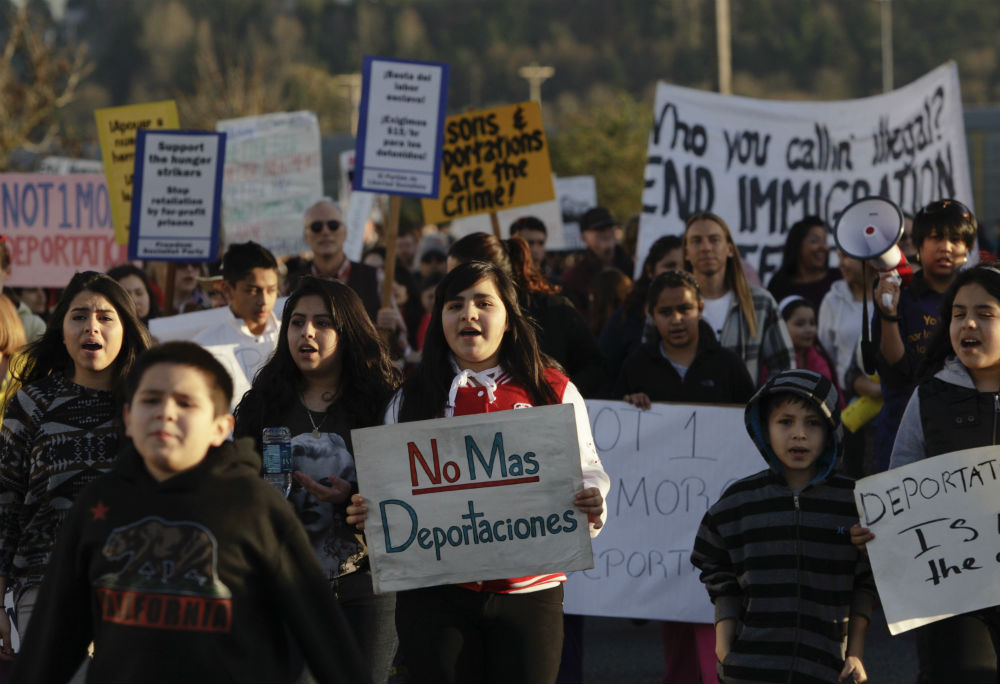 US Immigration and Customs Enforcement (ICE) officials removed immigrant hunger strikers from solitary confinement Thursday, according to attorneys representing three of the detainees.

The move comes shortly after the American Civil Liberties Union Washington and Columbia Legal Services (CLS) filed a lawsuit claiming ICE officials placed the detainess in isolation cells in retaliation against their protest activities. The lawsuit argued that punishing inmates for staging a hunger strike violates their free speech rights.

ICE officials denied that they acted in retaliation, claiming that the detainees placed in solitary had intimidated other inmates into joining the strike. “While ICE fully respects the rights of all people to express their opinion without interference, when these expressions infringe on the civil rights of others, ICE has an obligation to act,” the agency said in an email to the Associated Press.

More than twenty immigrant detainees were punished at Northwest Detainment Center in Tacoma for participating in the strike, said Melissa Lee, an attorney with CLS, who is representing three detainees.

Attorneys say prison officials called a March 27 meeting with hunger strikers, purportedly to discuss their protest demands. When about twenty detainees volunteered to attend, they were placed in handcuffs and moved to isolation cells, where they’ve been held for twenty-three hours a day since.

At least 750 detainees participated in the hunger strike, initiated March 7, to protest poor conditions at Northwest Detention Center, which is privately owned by GEO Group. Some detainees renewed the protest on March 24, demanding better food and an increased wage for prison jobs, currently set at one dollar a day.

“Basically this facility is run by the detainees. If we everybody stopped working, we could negotiate the pay raise because right now everyone’s working for a dollar,” said Hassall Moses, an Army veteran and detainee who is being held in solitary confinement, in a recorded interview. “We could talk about the quality of the food, the living conditions, and put into practice having detainees who come in with petty offenses be eligible to be released on their own personal recognizance or conditional parole or humanitarian parole to be with their families and to be working so they can afford their own attorneys.”

For more information on the hunger strike and conditions at Northwest Detention Center, see Rose Arrieta’s report for In These Times.