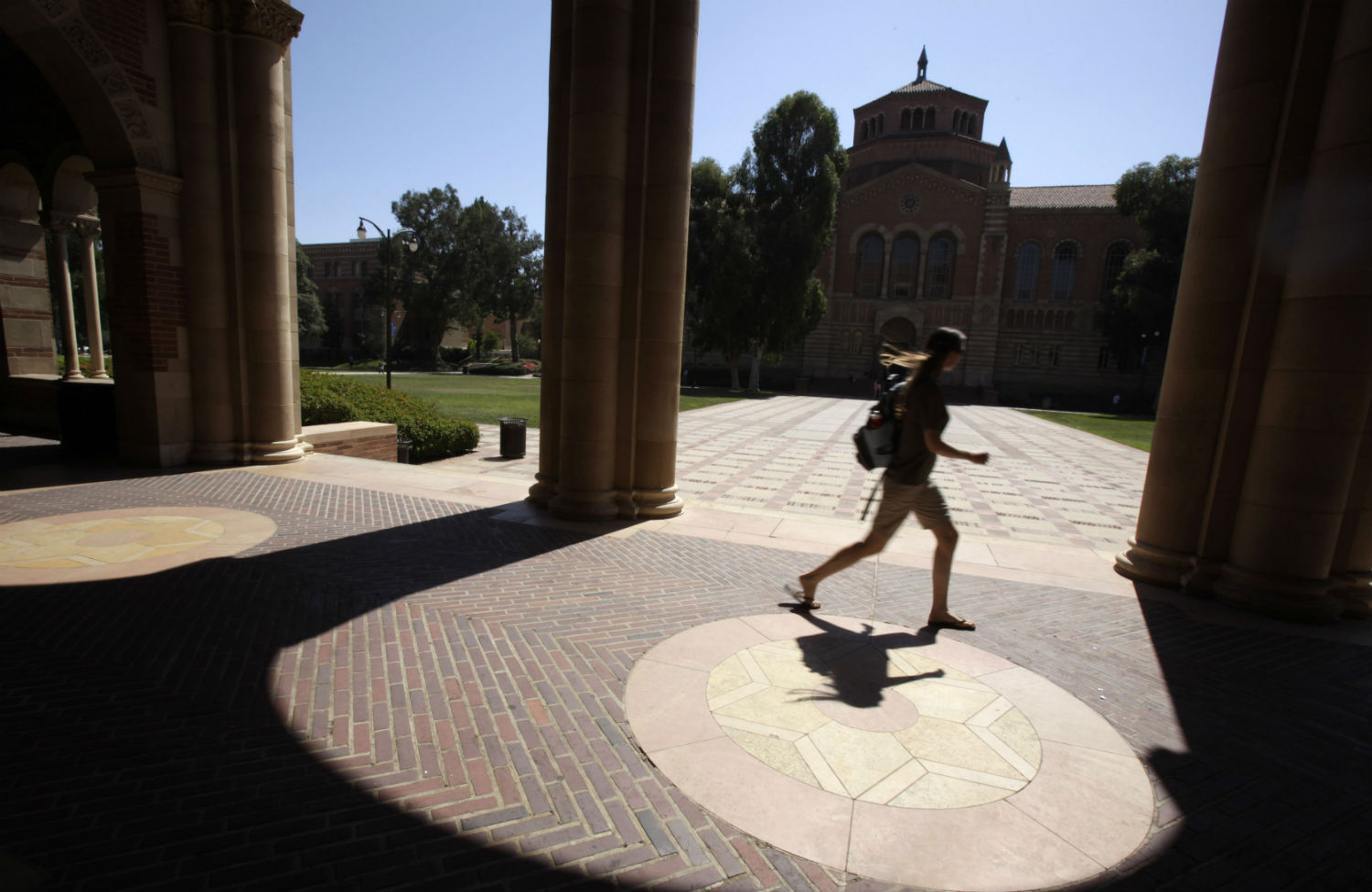 A student walks on the University of California Los Angeles campus in Los Angeles. (Reuters/Lucy Nicholson)

This piece originally appeared in The Daily Tar Heel and is republished here with permission.

As UNC and other campuses nationwide engage in sexual assault policymaking efforts, California has become the first state to enact a new consent standard for colleges and universities in hopes of changing the culture surrounding sexual violence.

On September 28, California Governor Jerry Brown signed a statewide “yes means yes” law for institutions that receive state money. The law stipulates that the person accused of sexual assault must prove that a clear affirmation of consent was given by the accuser.

Christi Hurt, UNC’s assistant vice chancellor and chief of staff of student affairs, said she supports many aspects of the California law. She said UNC’s campus-specific policy and its definition of consent align with provisions in the California law underscoring the importance of affirmative consent instead of a definitive “no.”

“I think any move to encourage the concept around affirmative consent and striving towards healthy sexuality is exactly the direction we need to be moving toward for the country,” she said.

North Carolina could benefit from a statewide law or policy regarding affirmative consent, she said, but there could also be problems with such a legal standard.

“Building a policy that worked for our university—it was so important to listen to students, staff and faculty,” she said. “I hesitate to put anything in place for any other campus because a policy should reflect the needs of each individual university.”

“It’s changing the standard from the idea that the sexually assaulted person needs to prove a ‘no’ to making the standard of positive, enthusiastic communication of consent,” she said. “The responsibility that (the standard) puts on campuses when it becomes a statewide law is really significant.”

Palumbo said California’s policy could push colleges and universities to re-examine their campuswide policies—in particular, motivating them to consider the detrimental effects of placing the policies’ unclear standards of proof on the victims of sexual assault.

“The standard of a ‘no’ or a ‘yes’ isn’t giving people all of the information they need because there is a lot more complexity to that in relation to our interactions,” she said. “There aren’t always black and white boundaries, but there does always need to be clear communication.”

“I think enthusiastic is a step above willingness,” she said. “The idea is that we want people to want to engage in sexual encounters, but that definition has become very misconstrued. They’re afraid of being coerced or what could happen if they didn’t consent.”

Palumbo said she hopes policies and laws like California’s could help create campus cultures where students feel free to communicate their needs.

“For campuses, the goal is emphasizing that every student has the right to communicate their boundaries and feel that those boundaries are going to be respected by their peers.”