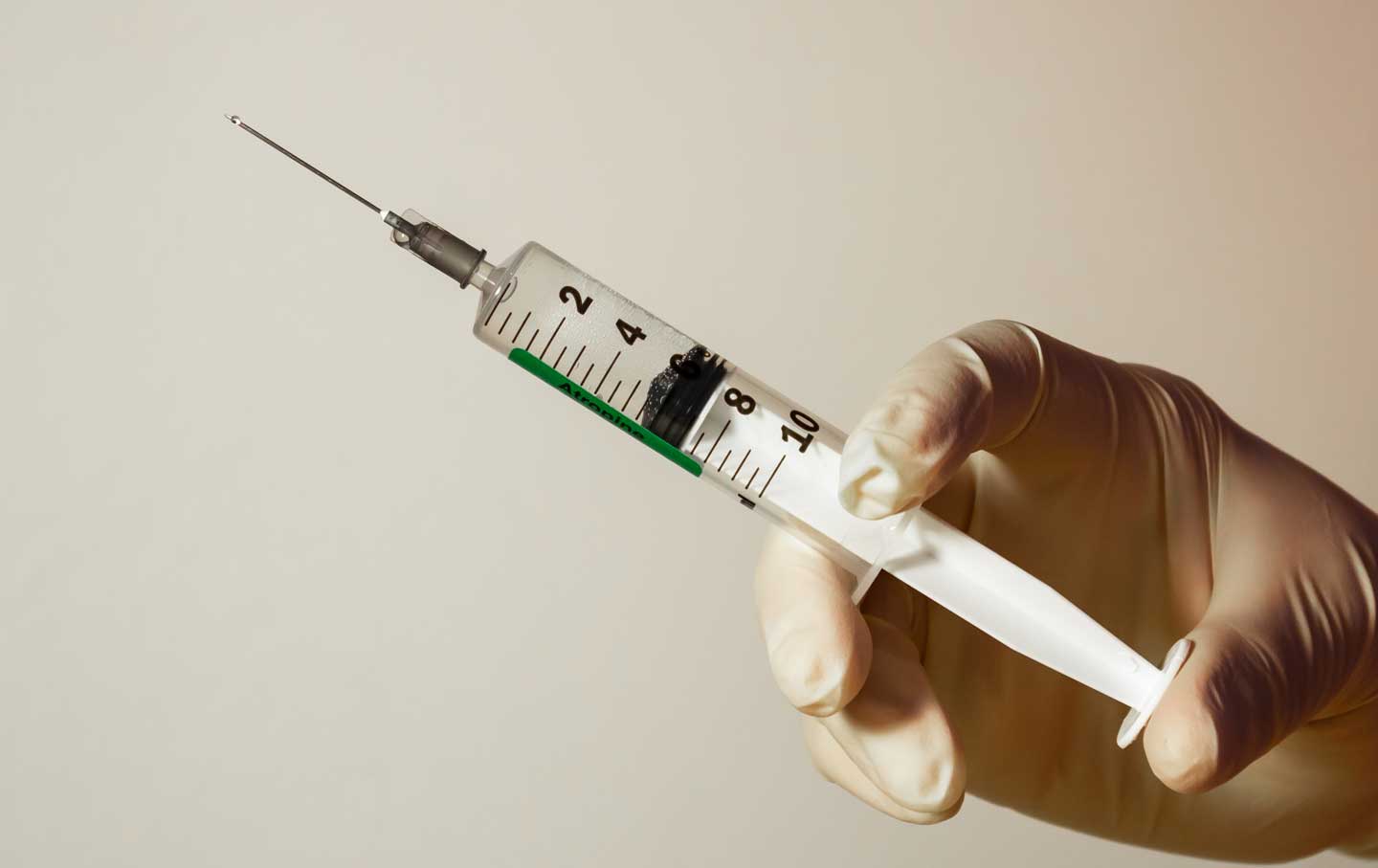 One of the antichoice movement’s favorite things to talk about is protecting women. It’s their justification for laws requiring clinics that provide abortions only by pill to outfit themselves for surgery, and for laws that force women to listen to a narration of their own ultrasounds. It’s why, they say, abortion should be banned after 20 weeks, and why they’re trying to defund Planned Parenthood. Go look up a few pieces of antiabortion legislation; you’ll probably find plenty with “women’s health” in their title.

But lawmakers in Utah just made it abundantly clear that “pro-lifers” don’t give a damn about a woman’s health, so long as she’s fit to incubate her fetus. On Monday, Republican Governor Gary Herbert signed a bill requiring doctors to administer anesthesia (or a heavy dose of narcotics) to a woman having an abortion at 20 weeks or later. The explicit point of the legislation is to ensure that her fetus doesn’t feel pain, although there’s no medical evidence that they can at 22 to 24 weeks, the point to which abortion is generally legal. (One paper in the Journal of the American Medical Association estimates that pain perception does not exist until 29 or 30 weeks, and that the requisite neural fibers don’t even begin to form until at least 23 weeks.)

Although anesthesia is a routine part of surgical practice, it can also be dangerous. An anesthesiologist’s job isn’t just to put a patient under but also to keep them alive as the body loses its own ability to breath and to regulate temperature. General anesthesia can cause mental defects and nerve damage, and in rare cases it can even kill. In other words, it’s not something doctors use gratuitously—unless they are forced to by lawmakers. “You’re now mandating [women] take that risk, based on inconclusive and biased evidence. You don’t understand what you’re legislating,” Sean Esplin, a doctor with Intermountain Healthcare in Utah, testified at a hearing earlier this month. Those concerns were ignored; as Republican state Senator Margaret Dayton, who supported the legislation, explained so baldly, “This is not a woman’s bill.”

Relatively few women have abortions as late as twenty weeks: Only 17 women in Utah did so in 2014, according to The Salt Lake Tribune. But the new law requires doctors to “eliminate or alleviate organic pain to the unborn child,” which means it may also apply to induced pregnancies, when a woman is past due date or when she has a complication like pre-eclampsia that makes an early delivery safer. One Republican state senator who is also an emergency room physician said could mean that “you can forget natural birth and labor,” since full-term fetuses probably feel some pain when they come down the birth canal. Utah is the first state to approve such a measure, though Montana Governor Steve Bullock vetoed a similar bill last year. It will almost certainly be challenged in court.

“If we could prohibit all abortions except in the rarest of circumstances, if we could overturn Roe v. Wade, I would be a proud sponsor of that bill,” state Senator Curt Bramble, the sponsor of the anesthesia legislation, told the Tribune earlier in March. But antiabortion groups haven’t had much success when they’ve tried explicitly to gut Roe, either in the legal system or in the court of public opinion. That’s why people like Charmaine Yoest, the head of Americans United for Life, started talking about women’s health in the first place: It softened the movement’s image, and created a framework for a series of indirect attacks on choice.

Admitting privileges, ambulatory surgical centers, and waiting periods are just as unnecessary, from a medical perspective, as administering general anesthetics. The effect on providers and patients is similar too: It increases financial and other hurdles for the former, and risks for the latter. The only difference in Utah’s new law is that its backers aren’t even pretending to put women first.