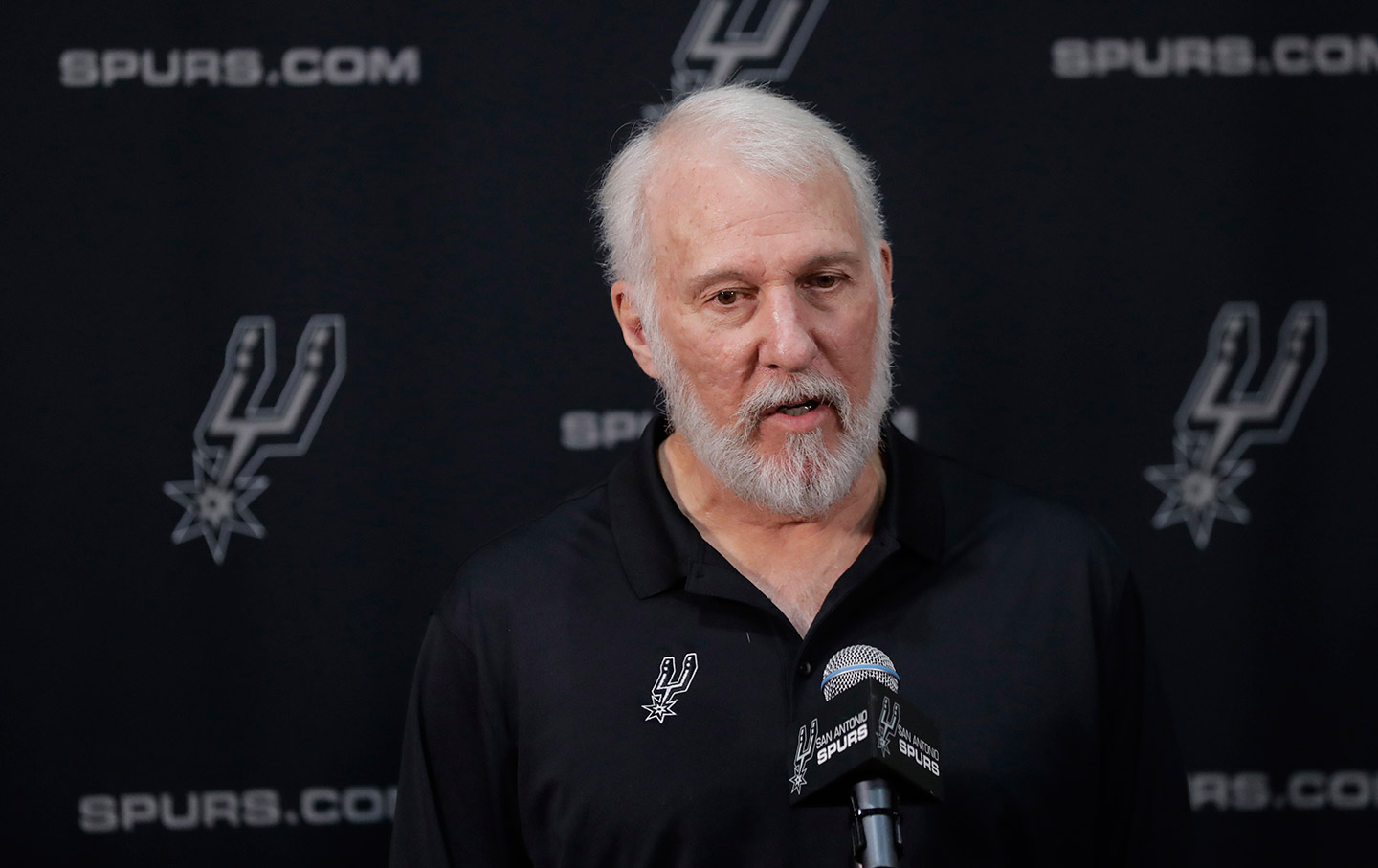 We’ve all seen the San Antonio Spurs’ future Hall of Fame coach Gregg Popovich in a state of exasperation on the sidelines, or in postgame news conferences. Many of us have also heard him speak with great vexation and clarity about the direction of this country and the actions of Donald Trump, particularly on Trump’s “disgusting tenor and tone and all the comments that have been xenophobic, homophobic, racist, misogynistic.” But I have never heard this man more frustrated, more fed up, and more tense with anger than he was today.

Maybe it was the bald-faced nature of this lie, maybe it was Pop’s own history in the military, but the coach clearly had to vent. He said, “I want to say something, and please just let me talk, and please make sure this is on the record.”

Here is what he said:

“I’ve been amazed and disappointed by so much of what this president had said, and his approach to running this country, which seems to be one of just a never ending divisiveness. But his comments today about those who have lost loved ones in times of war and his lies that previous presidents Obama and Bush never contacted their families are so beyond the pale, I almost don’t have the words.”

At this point, Coach Pop paused, and I thought for a moment that perhaps he didn’t have the words and the conversation would end. Then he took a breath and said:

“This man in the Oval Office is a soulless coward who thinks that he can only become large by belittling others. This has of course been a common practice of his, but to do it in this manner—and to lie about how previous presidents responded to the deaths of soldiers—is as low as it gets. We have a pathological liar in the White House, unfit intellectually, emotionally, and psychologically to hold this office, and the whole world knows it, especially those around him every day. The people who work with this president should be ashamed, because they know better than anyone just how unfit he is, and yet they choose to do nothing about it. This is their shame most of all.”

Then he said, “Bye, Dave.” And that was it. Should be one hell of an NBA season.