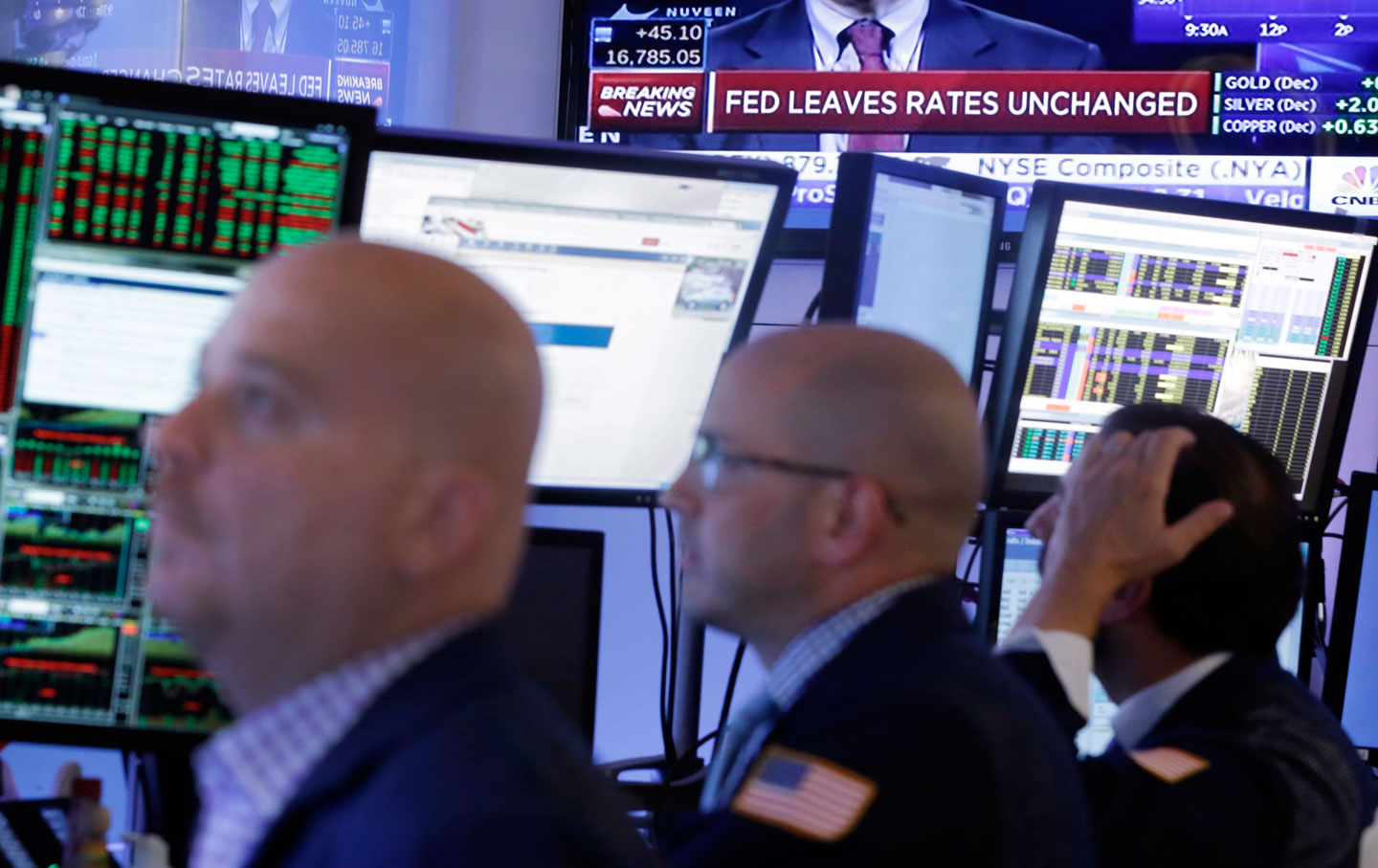 Traders work in a booth on the floor of the New York Stock Exchange. The Federal Reserve is keeping US interest rates at record lows. (AP Photo/Richard Drew)

Wall Street’s big banks remain too big to fail and its bankers apparently too big to jail. If Wall Street is ever once more to serve Main Street rather than sabotage it, citizens will have to do the heavy lifting. Last week, a three-judge panel of the US Court of Appeals for the 2nd Circuit overturned a verdict against Bank of America for falsely peddling lousy mortgage loans, showing yet again that the Justice Department and courts have offered no remedy for what the FBI once warned was an “epidemic of fraud.” At the same time, Senator Elizabeth Warren (D-MA) called out Wall Street lobbyists who were “swarming this place,” pressing Congress to slip bank-friendly riders into must-pass legislation.

Last week, 20 national organizations—including some of the Democratic party’s biggest traditional backers, from the American Federation of Teachers and the AFL-CIO to the Communications Workers of America—launched the Take on Wall Street initiative. Warren, joined by Congressional Progressive Caucus co-chair Representative Keith Ellison (D-MN) and AFL-CIO President Richard L. Trumka, among others, helped launch the effort. The first round of financial reform made some progress, but, as Warren put it, “Let’s get real: Dodd-Frank did not end too big to fail. If you think it did, stand on your head, because you are looking at the world upside-down.”

Take on Wall Street calls for a five-step agenda for the next wave of financial reform: Break up the big banks and pass a 21st-century Glass-Steagall wall separating consumer banking from the banks’ speculative gambles; pass a financial speculation tax that would help curb high-speed speculative trading and raise funds for vital investments; close the “carried interest loophole,” which allows hedge fund traders to pay a lower tax rate on their earnings than teachers; eliminate the tax deduction for CEO “performance” bonuses to curb excessive CEO pay; and crack down on payday lenders and create “public option” banking services through the US Postal Service.