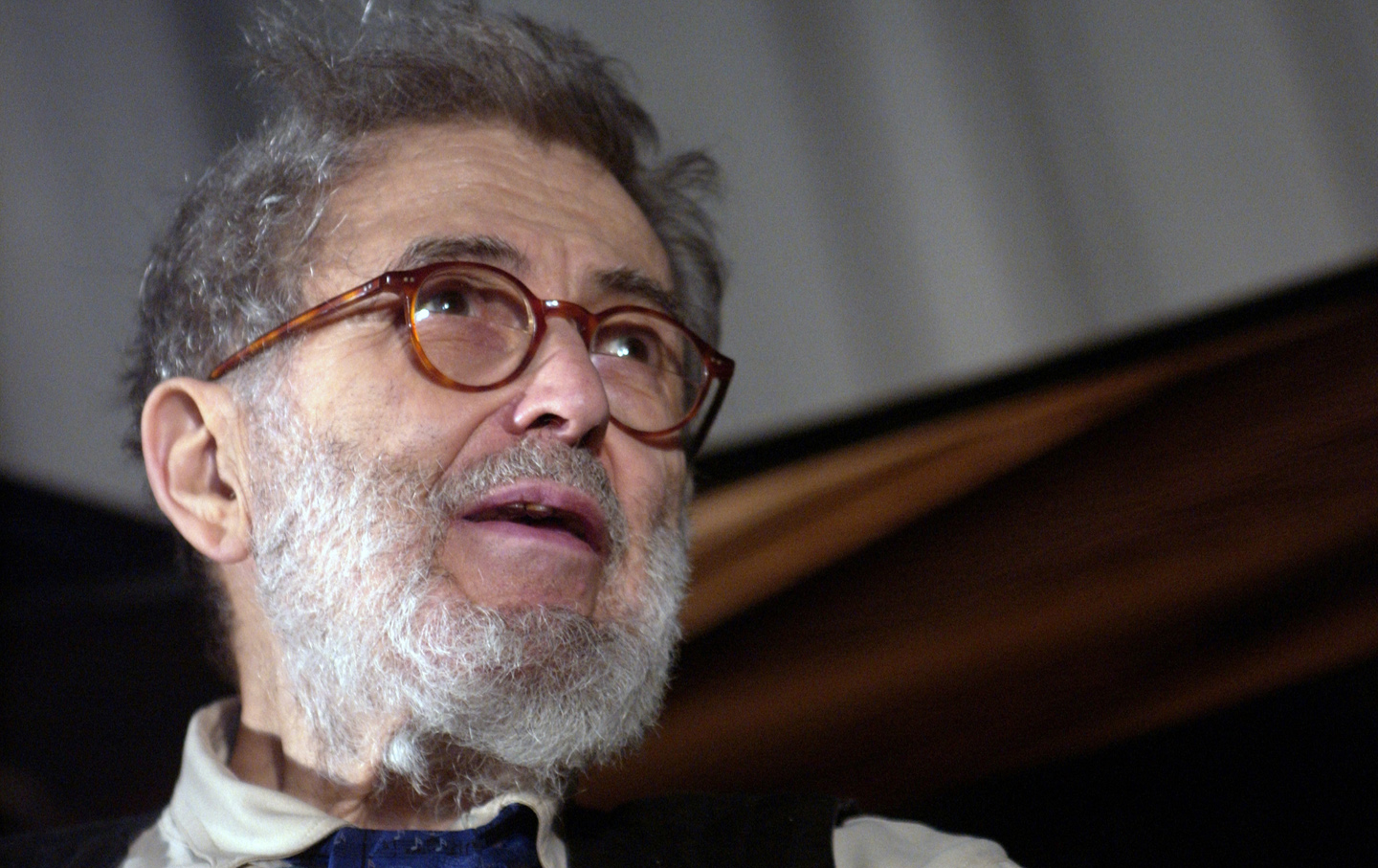 The celebration of the journalist Nat Hentoff’s life, last Friday, began on an unexpected note. His daughter Miranda and granddaughter Ruby performed a song about a dream—actually, three recurring dreams—that he had as his health was declining last fall. Each dream was the same: God visited Nat in his kitchen and told him that, although he was a good person, he could get into heaven only if he believed. The dreams, Miranda said, were “a little puzzling” to her father, whom she called an “avowed and proud life-long atheist.”

Hentoff, who had written for The Village Voice for 50 years, primarily about jazz and civil liberties, died at age 91 on January 7. The memorial, at St. Peter’s Church on Manhattan’s East Side, was—dream and venue notwithstanding—not a religious affair. There were musical performances; remembrances from those who knew him, especially jazz musicians and free-speech advocates; and a panel discussion. So Nat’s spirit of uncompromising and freewheeling dispute was very much in evidence.

Donald Trump has been raging, of course, that the free press is “the enemy of the American people.” And walking in, I half-expected Hentoff, the great civil libertarian, to rise up and take Trump down, brandishing the First Amendment.

In fact, whether on the First Amendment or eventually on thornier issues like abortion—he was pro-life—Hentoff could be an absolutist. Nat was “a free-speech purist,” constitutional attorney John Whitehead said during the panel discussion. “Anyone who says the press is the enemy is the enemy.”

Nat’s fierce love for jazz underlay his devotion to free speech, and vice versa. In fact, for him, they were made of the same stuff. “The Constitution and jazz are my main reasons for being,” Nat said in the 2013 documentary about his life by journalist David Lewis, The Pleasures of Being Out of Step, a clip of which was shown at the event. “The reason we have jazz, the reason we have anything worthwhile, is the fact that we’re a free people, and that comes about because of James Madison and those improvisers.”

The service was highlighted with two piano solos. Ninety-year-old jazz pianist Randy Weston played a rendition of “Berkshire Blues” (he said he and Nat became friends in the Berkshires), and the young pianist Joe Alterman performed “Gaslight,” a song composed by Erroll Garner. During the discussion, Alterman, who got to know Hentoff while studying at NYU, recalled that Nat “said jazz was the perfect representation of democracy.”

During the panel discussion, Michael Meyers, the president and executive director of the New York Civil Rights Coalition, called Hentoff “my Wyatt Earp, because he was brave, courageous, and bold.… We agreed on virtually everything about freedom, due process of law long before it was fashionable, long before the civil-rights community caught up to the notion that freedom is indivisible.”

“He was not just a member of the American Civil Liberties Union, who supported free speech, because he was one of the earliest ones who said, ‘Yes, of course, Nazis have a right to march in Skokie, Illinois, in a Jewish neighborhood, of course.’… He was the enemy of cowardice,” Meyers continued. “He opposed affirmative action. He opposed abortion. He was for free speech.… Nat Hentoff always told the truth!”

Hentoff’s diatribes against abortion often strained his relationships at the Voice. The same single-minded focus that led Hentoff to so heroically fight for free speech led him to oppose hate-crime laws (he believed they censored thought) and abortion. Nat’s wife, the writer Margot Hentoff, told Lewis’s camera, “He thinks he has to follow things through to an absolutist position.… He thinks he has to be pure.”

With his health failing, Nat didn’t quite get to experience President Trump. “He wasn’t paying attention toward the end,” Nat’s other daughter, Jessica Hentoff, told me by phone the day after the service. But he had followed the primaries, and during one GOP debate he saw Trump condone torture. “My father was appalled,” said Jessica. “He just couldn’t believe it. Nobody questioned him—not the other candidates, not the moderators.”

So, she joked, his timing was perfect: “Nat’s gone—no more freedom of the press!”

As the Voice began to shrink after the collapse of classified print advertising, Nat, like so many others,  was let go, in late 2008. He became a fellow at the Cato Institute, the libertarian think tank. Cato and other conservative outlets began running his syndicated column, including some he wrote last year, many with his son Nick, like “Trump’s Free-Speech Wrecking Crews” and “Trump’s Dangerous War on Press Freedom.”

Throughout his career, Hentoff had written for many other publications (including The Nation), but he’d been at Voice the longest, for half a century, which made him seem, at least journalistically, immortal. Wayne Barrett, another pillar of the old Voice, died, at age 71, less than two weeks after Nat—on the day before Trump was inaugurated, an irony since Wayne had pursued Donald Trump with some of the best investigative work on him ever written. Wayne, too, was let go from the Voice, a few years after Nat was, and he went on to work at The Nation Institute and the New York  Daily News.

Longtime muckraking journalist Tom Robbins, who quit the Voice in solidarity with Wayne and who had suggested that Lewis make a documentary on Hentoff, was also on the panel. He put his finger on the fact that for years Nat was the Voice’s most familiar, beloved, if often infuriating, voice: “Anywhere you went in America and you said you worked at The Village Voice, the first question was, ‘Do you know Nat Hentoff?’”