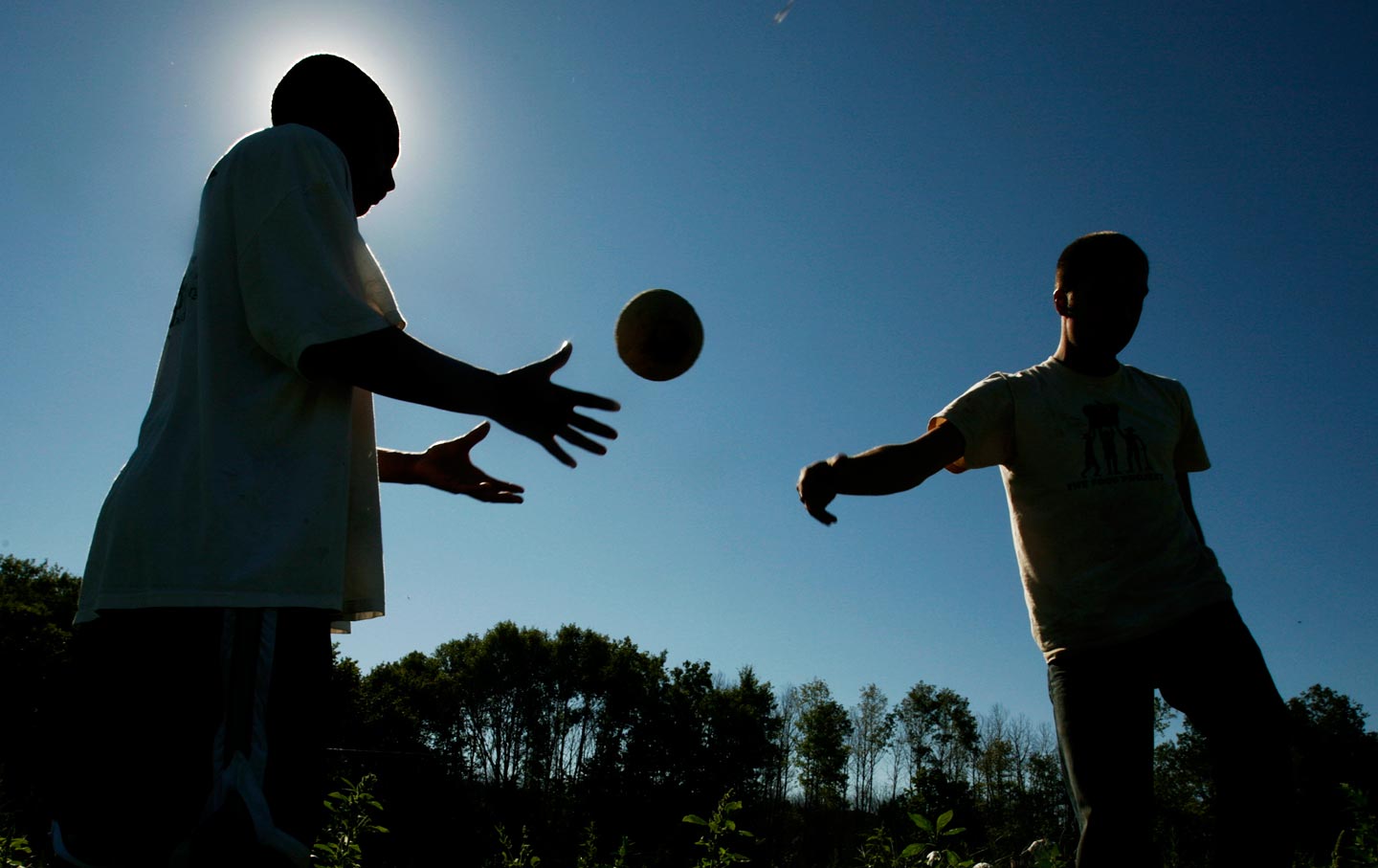 A teenager’s everyday life should be concerned with first crushes, final exams, and new friends at school, not whether they’ll get to eat today. But for some, their most vital years of youth are a time of gnawing hunger.

New research by the Urban Institute reveals hidden starvation nationwide among adolescents. The interview-based study suggests that nutritional deprivation is intensifying and forcing barely mature youth into “expedited adulthood.” This is happening even when they live in otherwise stable families; the pattern suggests a new normal for teen hunger, which is apparently impacting not just socially dislocated teenagers but also those in relatively “conventional” households with caregivers.

Surveys indicate an “estimated 6.8 million food-insecure young people ages 10 through 17, including 2.9 million with very low food security.” This means they cannot secure adequate food on a daily basis, undergoing a time in life that’s supposed to be carefree and full of potential leads to internalized shame.

“Teens fear stigma around hunger and actively hide it,” researchers observed. “Consequently, many teens refuse to accept food or assistance in public settings or from people outside a trusted circle of friends and family.” Many do not understand how to navigate social services to access food aid like local pantries.

In cities and rural towns, struggling from meal to meal induces emotional stress and frustration, along with deterioration of physical and mental health, which can impede teens’ cognitive development. Severe deprivation can also push many out of school, potentially leading to massive long-term impacts on young people’s career prospects in future years.

But food-insecure teens are almost disturbingly adaptable: They employ coping strategies ranging from self-sacrifice to “self-sabotage.” Focus-group discussions showed adolescents carefully calculating choices to secure the bare minimum for themselves and their families. A teenage boy in San Diego reflected that he knew people who “really struggle to get food…. they have to go through a starving period where they have to cut down on how much they eat.”

Scarcity often compels youths to put family needs first. A girl in Chicago told researchers, “I will go without a meal if that’s the case, as long as my two young siblings is good, that’s all that really matters to me.”

The survival strategies attest both to resilience and youths’ consciousness of their role as providers, and a desire for basic dignity: avoiding dinnertime on some days so as not to burden their parents; saving leftover food from school lunches. Bucking stereotypes of youth as selfish or irresponsible, after social services have abandoned them they display remarkable discipline. They scramble for odd jobs, even though wages and work hours are often inadequate—the underemployment rate of black teens is above 50 percent, and over a third for Latino and white teens. Yet one study indicates teens who leave school might contribute as much as one-fifth of household income.

At their most desperate, teens found ways to survive outside the law, perhaps pilfering from the grocery store or “selling drugs and stealing items to resell for cash. These behaviors were most common among young men in communities with the most limited job options.”

In most of the communities surveyed, researchers reported, food-insecure teens often turned to sex work for survival. Relationships of economic dependency, such as girls’ “transactional dating relationships with older adults,” were prevalent “in high-poverty communities where teens also described sexually coercive environments.”

Often teens weren’t proud of what they did to survive. One boy in Chicago matter-of-factly explained:

Teenage resilience should be better used through programs that help them toward independence and give them choices in life. Young people can find social nourishment in community-based free-meal programs, for instance, and direct food-stamp assistance. Even part-time summer work could restore a youth’s economic and social dignity—the portion of 16-to-19-year-olds with jobs has plunged since the 1990s, depriving many of a historically vital resource for income and for building work credentials, which is sorely needed for youth who do not finish high school.

Schools and law-enforcement authorities, researchers say, could provide those who run afoul of the law with supportive outreach instead of arrest and detention, to avoid pushing them into the racially segregated school-to-prison pipeline. For sexually exploited girls, especially, authorities “should be trained to recognize the trauma experienced by girls who are sexually exploited and provide counseling or referrals rather than treating them like offenders.”

A deprived adolescence, however, is a window into a family affair, so government intervention should address the poverty of the whole household. Parents need living-wage jobs and basic social assistance to cover day-to-day needs. Since food insecurity is often linked to housing instability, aid programs such as rental subsidies would help alleviate immediate financial pressures so families do not have to choose between a stocked pantry and monthly rent.

Hunger in adolescence marks a demographic turning point for the post–welfare reform generation, reflecting two decades of government shoving poor parents off of federal benefits and into low-wage jobs and “personal responsibility.” The results of those Clinton-era policies are embodied in the empty stomachs of America’s hungry teenagers, who display just how much responsibility they shoulder, with no choice but to scrounge and hustle to survive. But teenagers should have more to dream about today than a hot meal tomorrow.