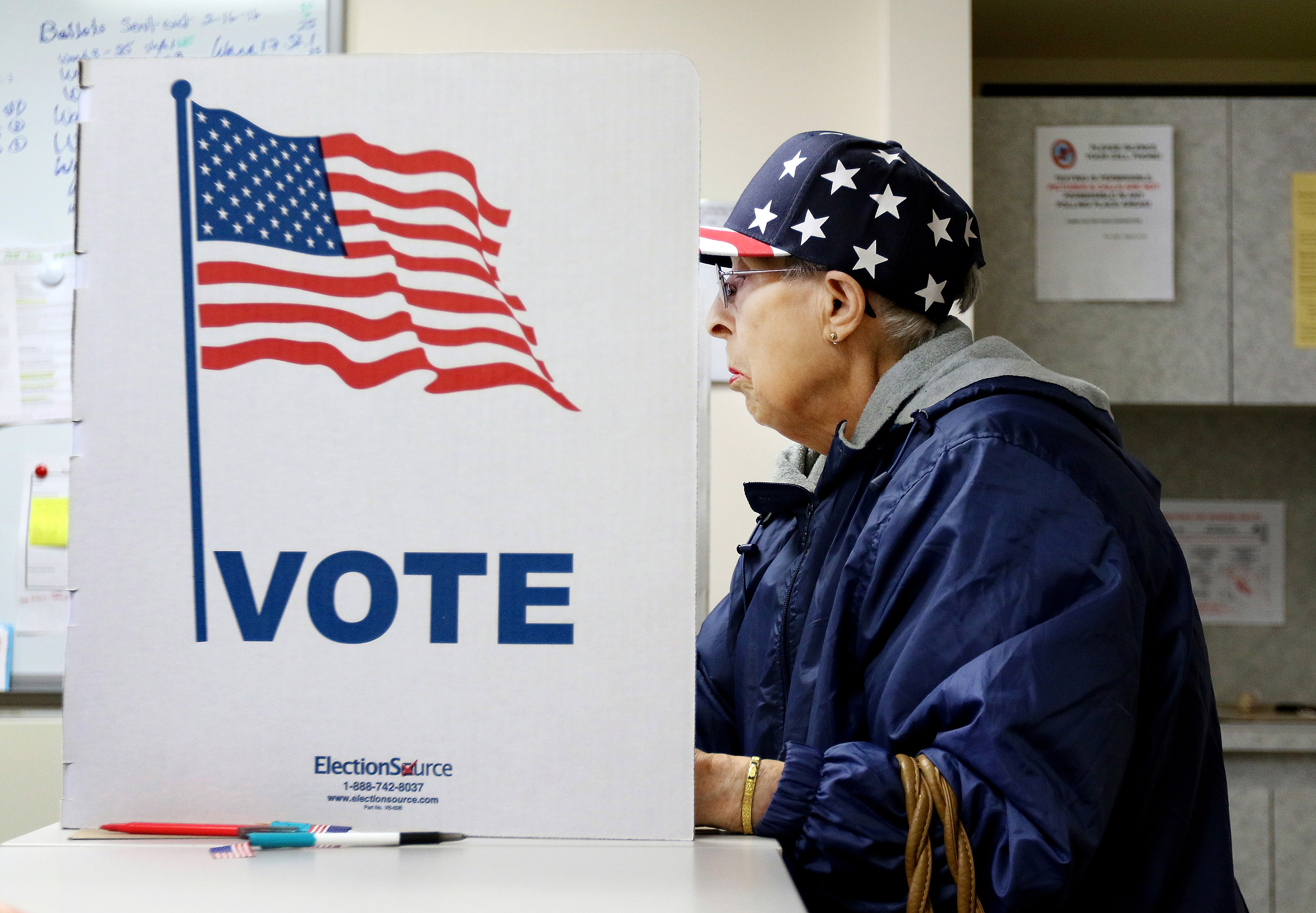 In the past 10 days, courts have issued six major decisions against GOP-backed voting restrictions in five different states.

On Friday, an array of new voting restrictions were struck down in North Carolina, Wisconsin, and Kansas. This followed rulings the previous week softening voter ID laws in Texas and Wisconsin and striking down Michigan’s ban on straight-ticket voting. When you include a court decision in Ohio from May reinstating a week of early voting and same-day registration, anti-voting laws in six states have been blocked so far in 2016.

Here are the recent decisions:

In North Carolina, the US Appeals Court for the Fourth Circuit struck down the state’s voter-ID law and reinstated a week of early voting, same-day voter registration, out-of-precinct voting, and pre-registration for 16- and 17-year-olds.

In Wisconsin, a federal district court overturned harsh residency requirements and restrictions on early voting and casting absentee ballots, and said the state must accept student IDs to vote. A week earlier, another federal court said that those who are unable to obtain a voter ID could instead vote by signing an affidavit.

In Kansas, a federal district court ruled that the state’s burdensome proof of citizenship law for voter registration couldn’t prevent 17,500 people from voting in federal elections.

In Texas, the US Court of Appeals for the Fifth Circuit ruled against the state’s strict voter-ID law, which it said had a “discriminatory effect on minorities’ voting rights.” Like in Wisconsin, the court said those without strict ID needed to be able to vote.

In Michigan, a federal court overturned the state’s ban on straight-ticket voting, which it said would lead to longer lines at the polls and disproportionately harm African-American voters.

In North Carolina, the court said that Republicans targeted black voters “with almost surgical precision” and that the evidence was “as close to a smoking gun as we are likely to see in modern times.”

Just hours later, in Wisconsin, a court used almost exactly the same language, writing that the state eliminated early-voting hours on nights and weekends to “suppress the reliably Democratic vote of Milwaukee’s African Americans.” Judge James Peterson said, “The Wisconsin experience demonstrates that a preoccupation with mostly phantom election fraud leads to real incidents of disenfranchisement, which undermine rather than enhance confidence in elections, particularly in minority communities.”

In 2012, 10 major voting restrictions were blocked in court before the election, eliminating major impediments to the ballot box that millions of voters faced. We could be seeing a similar trend in 2016. “The recent decisions show that courts understand that these laws are designed to and have the effect of suppressing minority participation,” says Dale Ho, director of the ACLU’s Voting Rights Project. “It feels like momentum is still on our side.”

However, seventeen states still have new voting restrictions in place for the first time this year and this is the first presidential election since the Supreme Court gutted the Voting Rights Act—making it the first election in 50 years without the full protections of the law.

Felon disenfranchisement laws have been upheld in Iowa and Virginia. New voter-ID laws have been upheld in Virginia and softened, but not eliminated, in Texas and Wisconsin. Ohio and Georgia are purging eligible voters from the rolls—in Georgia, black voters are being “systematically” targeted by police and GOP election officials, The New York Times reported. Polling-place closures and restrictions on absentee ballots are being challenged in Arizona.

“I’m still very worried,” Dale Ho says. “There are still a lot of very suppressive laws on the books.”

UPDATE: North Dakota’s voter-ID law was blocked by a federal court yesterday for discriminating against Native American voters, making it the 6th state where courts have ruled against GOP voting restrictions in the past two weeks. The headline of this article has been updated to reflect that.