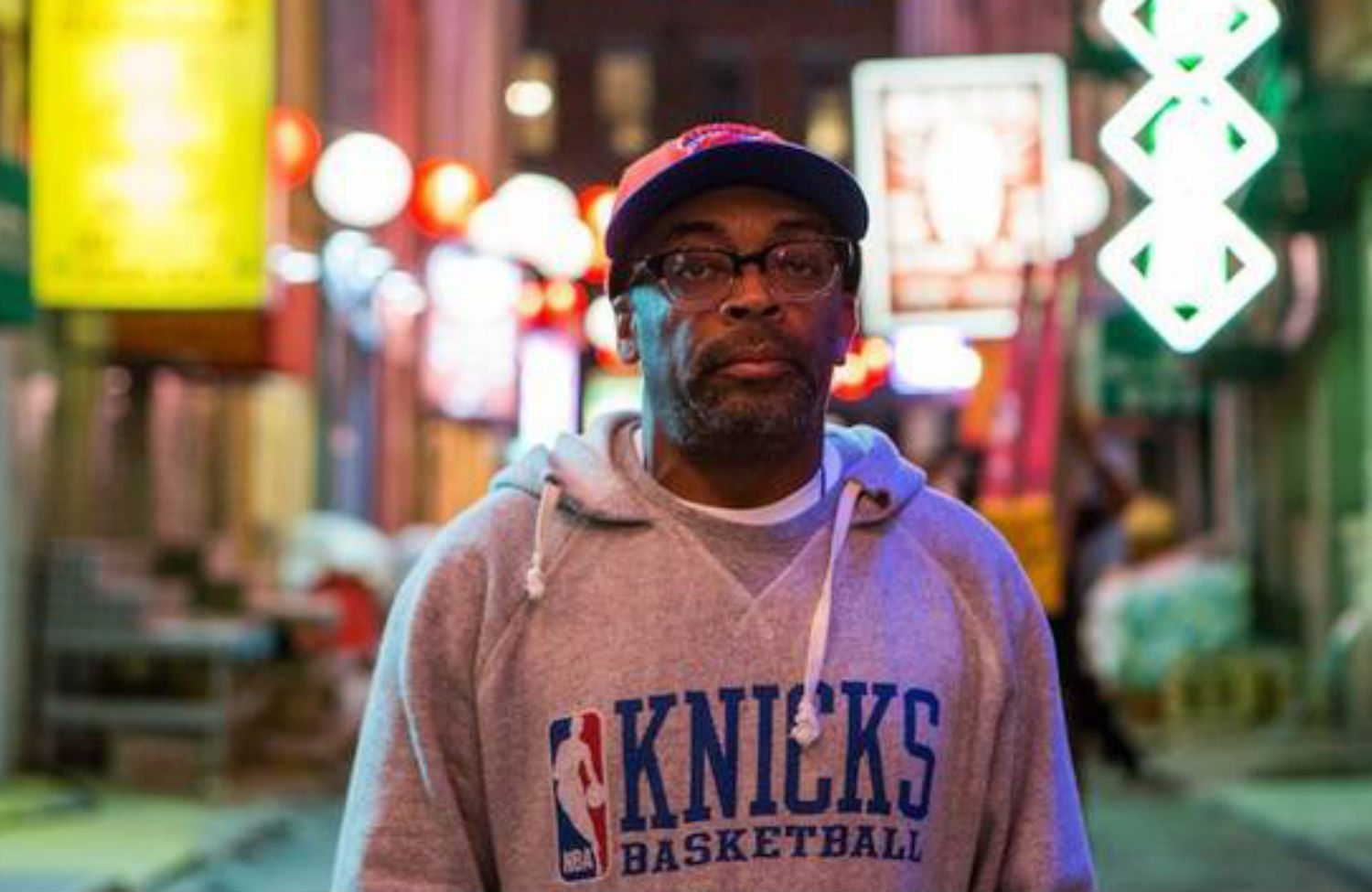 Twenty-five years ago today, Spike Lee’s Do the Right Thing was released in theaters. Controversial then and still volatile now, it has since taken its place among the greatest American films ever made. It has a lot to say (it was written directed by Spike Lee, so of course it does) about race, class, power, sex and community. Any number of moments could be the topic of their own essay. But we mostly remember this movie for one scene: the flying trash can.

It’s the end of the hottest day of the year in Bedford-Stuyvesant, a predominantly black neighborhood in Brooklyn. Mookie (played by Lee himself), the delivery man for Sal’s Pizzeria, just wants to get paid and go home. His friends, Buggin’ Out and Radio Raheem, won’t let Mookie’s boss, Sal, close up shop until he makes right what they feel is his mistreatment of them as patrons of his restaurant. (Buggin’ Out is mad that Sal’s “Wall of Fame” has no black faces on it, while Radio Raheem didn’t appreciate being told to turn down the music on his larger-than-life boombox). Tempers flare, words are exchanged (including the infamous n-word), and Sal takes a bat to Radio Raheem’s prized possession. “I just killed your fucking radio,” he says. Enraged, Radio Raheem lunges at Sal and the entire pizzeria breaks out into a brawl. When the police arrive on the scene, they apprehend Radio Raheem. Using his baton, one of the officers applies a chokehold that stops Radio Raheem’s breathing. The officers put his body in the back of squad car and drive away, leaving the neighborhood’s black residents to assume Radio Raheem is dead and the police will get away with killing him, as they’ve done so many times before.

Mookie watches all of this. Moments after taking it all in, he walks toward a trash can, removes the lid and trash, picks it up, runs toward Sal’s Pizzeria, screams “HATE!” and hurls the trash can through a window. A riot ensues.

“I think all of black America threw that can,” Lee told People in 1989.

Lee noticed something about the criticism his film was receiving, particularly from those white critics who thought it might incite race riots. “They never talk about the death of Radio Raheem at the hands of the police,” he said, “They talk about Mookie smashing the window and the pizzeria burning down.” The property rights of a white business owner took precedence over the life of a black man. It’s in that context where small acts of rebellion, like Mookie’s throwing the trash can, come to represent all of the frustration, anguish, and rage that are products of having to live under a racist system. Did he “do the right thing?” What’s the “right” response to a society that refuses you humanity?

I ask that question while thinking about Ersula Ore. According to The Huffington Post, the Arizona State University English professor is being charged with “assaulting a police officer, resisting arrest, refusing to provide identification when requested to do so by an officer and obstructing a highway or public thoroughfare” after being stopped by university police while walking on campus on May 20. Video of the incident from the police car’s dashboard camera shows Officer Stewart Ferrin slamming Ore to the ground while handcuffing her. According to Ore, the officer pulled up next to her and asked whether she knew the difference between a sidewalk and a road. She replied, “Do you always accost women in the middle of the road and speak to them with such disrespect and so rudely as you did to me?”

“He throws the car door open actually, is what happens, and he’s towering over me,” she told CNN, “He’s intimidating. I don’t know why he’s so aggressive.” Ferrin demanded that Ore produce her ID.

Ferrin: “Let me see your ID or you will be arrested for failing to provide ID.”
Ore: “Are you serious?”
Ferrin: “Yes, I am serious. That is the law.”

Ore: “I never once saw a single solitary individual get pulled over by a cop for walking across a street on a campus, in a campus location. Everybody has been doing this because it is all obstructed. That’s the reason why. But you stop me in the middle of the street to pull me over and ask me, ‘Do you know what this is? This is a street.’”
Ferrin: “Are you aware that this is a street?”
Ore: “Let me finish.”
Ferrin: “OK, put your hands behind your back.”

Ore repeatedly tells Ferrin not to touch her. He tells her she’s going to slam her. She responded, “You really want to do that? Do you see what I’m wearing?” He replies that he doesn’t care what she has on. Ferrin, true to his word, slams Ore to the ground, leading to “expos[ure of] her anatomy to all onlookers,” according to her lawyer. When she’s back on her feet, Ore kicks Ferrin.

A statement from ASU said that authorities “have reviewed the circumstances surrounding the arrest and have found no evidence of inappropriate actions by the ASUPD officers involved.”

Did Ore “do the right thing?” I suppose it depends on your perspective. But the more pertinent question is why she was put in such a position to begin with.

This past Friday (June 27), the Academy Of Motion Picture Arts And Sciences and BAMcinematek hosted a screening of Do the Right Thing to commemorate the film’s 25th anniversary. In a videotaped appearance, President Barack Obama (he and first lady Michelle Obama saw Do the Right Thing on their first date) said, “…Do the Right Thing still holds up a mirror to our society and it makes us laugh and think and challenges all of us to see ourselves in one another.”

From the fictional Radio Raheem to the real life Ersula Ore, to all the black people who have been harassed, assaulted, and killed by police and vigilantes in between, it’s pretty clear America still can’t see itself in black bodies. And it doesn’t seem to want to try.