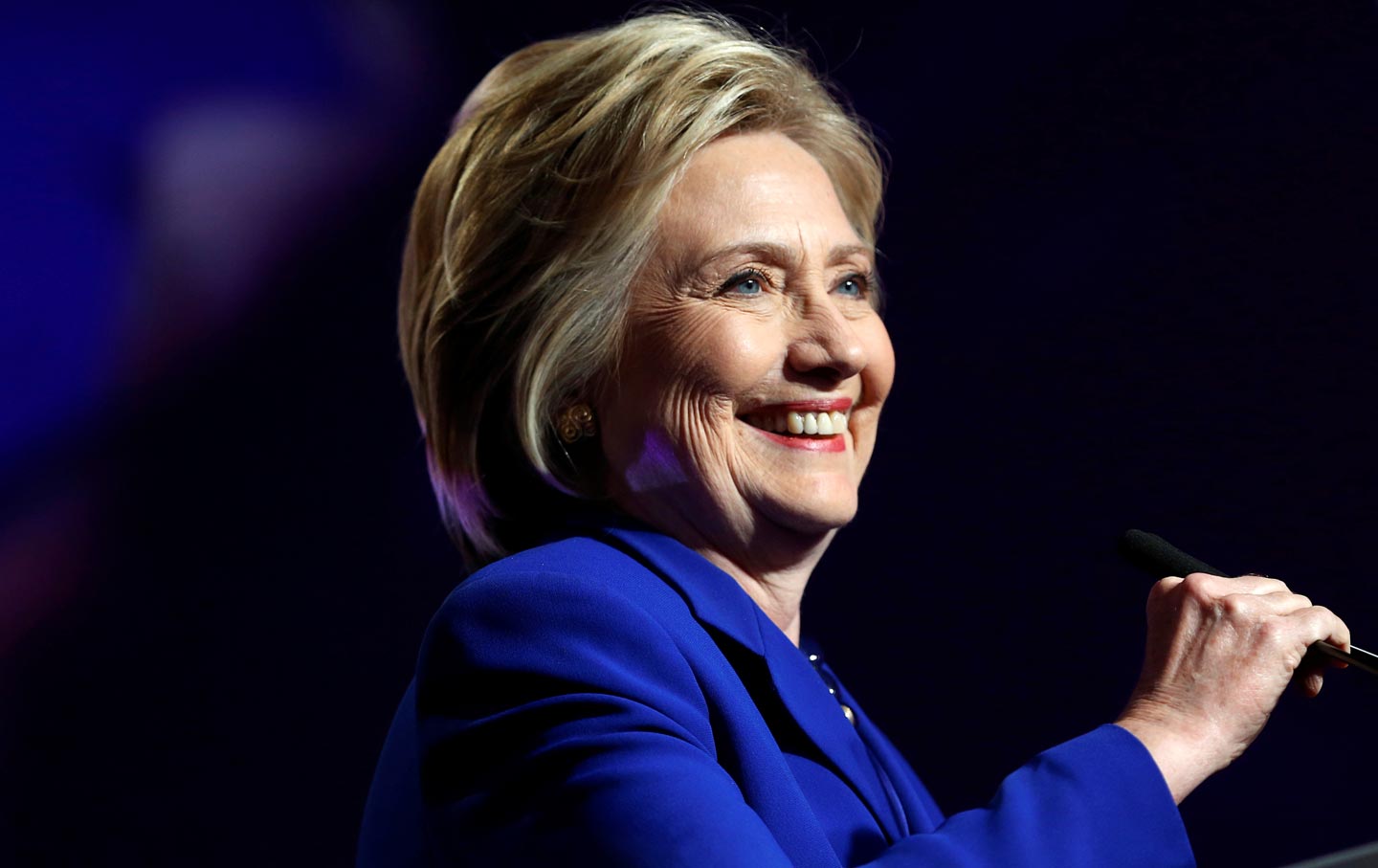 The people have spoken: “Don’t try to scare me into voting for Hillary Clinton by talking about how awful Trump is. Make me love her!” I happen to believe that thwarting Trump—a racist, xenophobic, misogynistic fake populist—is an excellent reason to vote for his opponent, a normal human being. If you think Clinton’s evil, which I don’t, let me paraphrase Noam Chomsky: The reason to vote for the lesser evil is that it’s less evil. Also, it’s delusional to think that a Trump presidency would pave the way for a left victory in 2020, much less Susan Sarandon’s “revolution.” It didn’t happen when Humphrey lost to Nixon, it didn’t happen when Carter lost to Reagan, and, just to go there for a moment, it certainly didn’t happen when the German communists scorned the weak-tea socialists in the 1932 election with the slogan “After Hitler, us.” Mostly, right-wing victories pave the way for more right-wing victories.

But since you ask, here are 12 reasons why Hillary deserves your vote on her own merits.

Stopping Trump is more than enough reason to vote for Clinton. But here are another 12 arguments in her favor.

1. Reproductive rights. I’m putting this first because they’re crucial to everything you care about: women’s rights, economic equality, family well-being, access to education, to say nothing of simple human happiness. Hillary is great on this issue: She supports funding for Planned Parenthood, fact-based sex education, and widespread access to birth control (including emergency contraception). She’s also broken new ground by calling for an end to the Hyde Amendment, which bans the use of federal Medicaid funds to pay for poor women’s abortions. (President Obama, whom I’m guessing many Hillary holdouts supported, accepted the amendment as “an American tradition.”) The contrast with Trump, who wants to ban abortion and has filled his campaign with hard-core anti-choicers, couldn’t be starker.

2. Health care. As first lady, Clinton worked to pass the State Children’s Health Insurance Program, which funds health care for 6 million children. Now she wants to get resistant red states to expand Medicaid; add a public option to the Affordable Care Act; let those 55 and over buy into Medicare; and offer coverage to undocumented immigrants. She wants to rein in drug companies, and has detailed plans to improve access to care for HIV, mental illness, and more.

3. Voting rights. The Republican Party has been working hard to disenfranchise black, Latino, student, and other likely Democratic voters. Clinton supports automatic registration for all citizens when they turn 18; restoring the Voting Rights Act; extending voting rights to ex-felons; and setting a national standard of 20 days for early voting.

4. Immigration. Clinton supports a path to citizenship for Dreamers, the young people brought to this country as children by their parents. Unlike Obama, she doesn’t support deporting undocumented immigrants, unless they’re violent criminals or terrorists. This is huge: peace of mind for 11 million people.

5. Children and families. Hillary supports 12 weeks of paid parental and family leave; 12 weeks to recover from a serious illness; universal preschool; doubling Head Start; and affordable child care that costs no family more than 10 percent of its income. She also wants to raise the pay of child-care workers and add quality child-care centers to college campuses.

8. Workers’ rights. She wants to raise the federal minimum wage to $12 an hour (not $15, I grant you), fight wage theft and other employer abuses, and strengthen unions’ bargaining rights. She opposes the Trans-Pacific Partnership— another success for Bernie Sanders. (Just to remind you: Trump has endorsed right-to-work legislation and boasts of stiffing people who worked for him.)

9. Taxes. Clinton wants to raise taxes on the rich, prevent them from avoiding estate taxes, and close loopholes for Wall Street and corporations. She debunks “trickle-down economics”—the conservative belief that obscene wealth in the hands of a few leads to prosperity for all, and that if you’re poor, it’s your own fault. (Trump brags about not paying taxes, because they “would be squandered too.”)

10. Foreign policy. Yes, her hawkishness is a concern; it’s why I supported Obama in 2008. Hillary was wrong on Iraq, and plenty of people who cheerfully supported John Edwards and John Kerry—both of whom voted the same way—hold it against her. She supported intervention in Libya, which has not worked out well. But, unlike Trump, she supports the Iran nuclear deal, restoring diplomatic relations with Cuba, and reducing the military budget.

11. Personnel is policy. The next president will nominate at least one and as many as four justices to the Supreme Court, and many judges to the federal judiciary. This alone would be reason enough to vote for Hillary. And as Tom Geoghegan points out in In These Times, the White House controls thousands of appointments for the officials who actually run the government. Remember the many hapless and bigoted officials of the George W. Bush years? Hillary, who is superbly knowledgeable on a wide range of issues, will nominate and appoint progressive, competent people—many of whom, as Geoghegan notes, are likely to have been Bernie supporters.

12. Everything else. Clinton is for gun control, equal pay for women, ending the school-to-prison pipeline, and the Paris climate-change agreement. Yes, she believes in global warming!

A vote for Hillary Clinton is a vote for all these good policies. Ready to cast yours?