When the pandemic started, I took a walk with Ying Lee, who died this week at the age of 90. I took some photographs of her, and she talked about her memories of her childhood in China. Then we laughed at how we defied the Berkeley School Board.

Ying’s father came from China to the United States as a secretary in one of the tongs in the late 1930s, leaving Ying, her mom and siblings behind. A harrowing flight from the invading Japanese army took them from Shanghai to Chungking, and finally landed them in San Francisco after the war.

When I was at Berkeley High School in the early ’60s Ying was a teacher. Berkeley High already had Young Democrats and Young Republicans Clubs, so we organized a Young Socialist club with her son Paul and another friend, David Laub. Ying was our sponsor. 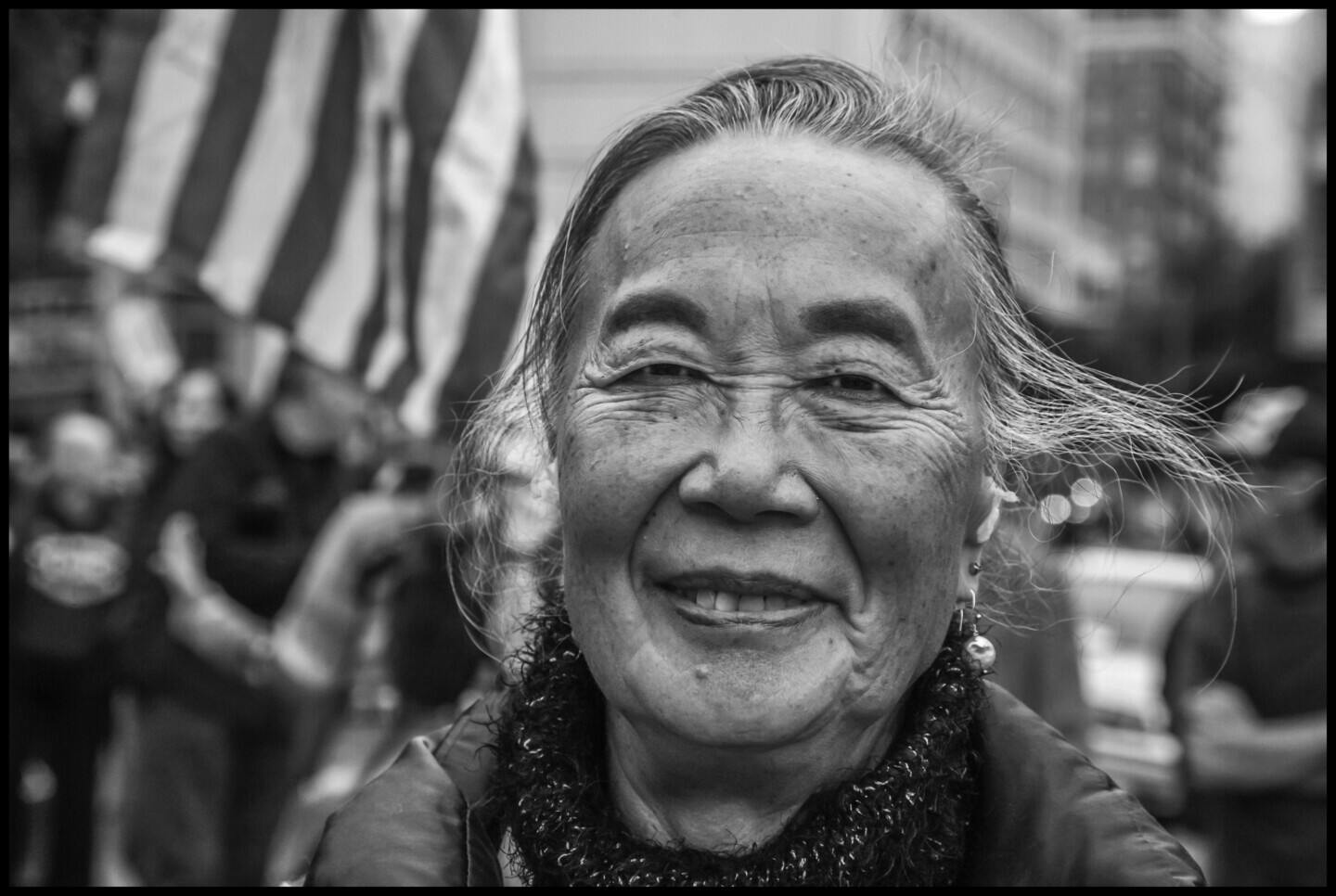 Activist Ying Lee at a demonstration with grassroots people and political activists from the Occupy Oakland movement to march through the city in November 2011. (David Bacon)

As if that wasn’t enough to get her in trouble, we invited a Communist to speak at the school, a move quickly prohibited by the principal. Although the school board overruled him, he got his revenge.

Biden vs. Newsom on Farmworkers’ Right To Vote

Reviving the Bracero Program Is the Wrong Answer for Workers

Ying was married to John Kelley, a renowned math professor at UC Berkeley, fired in the McCarthyite hysteria for refusing to sign a loyalty oath (a move later ruled unconstitutional). When Kelley had a year’s sabbatical in India, and Ying asked for a leave to go with him, the school administration forced her to quit instead.

Ying never lacked for courage. She ran for the city council in 1973 and became Berkeley’s first Asian American council member. She fought to build the left politics that now seem normal for Berkeley. Few remember that through the ’50s and the early ’60s the city had a very right-wing government. The East Bay routinely elected extreme conservatives.

Ying helped to break that stranglehold, and then went to work for Representative Ron Dellums, who called for Henry Kissinger to be tried for war crimes during the Vietnam War (or the American War, as the Vietnamese call it). Ying fought our fights, and was arrested in many of them, from saving the downtown Berkeley post office to protecting BLM demonstrators in the streets. 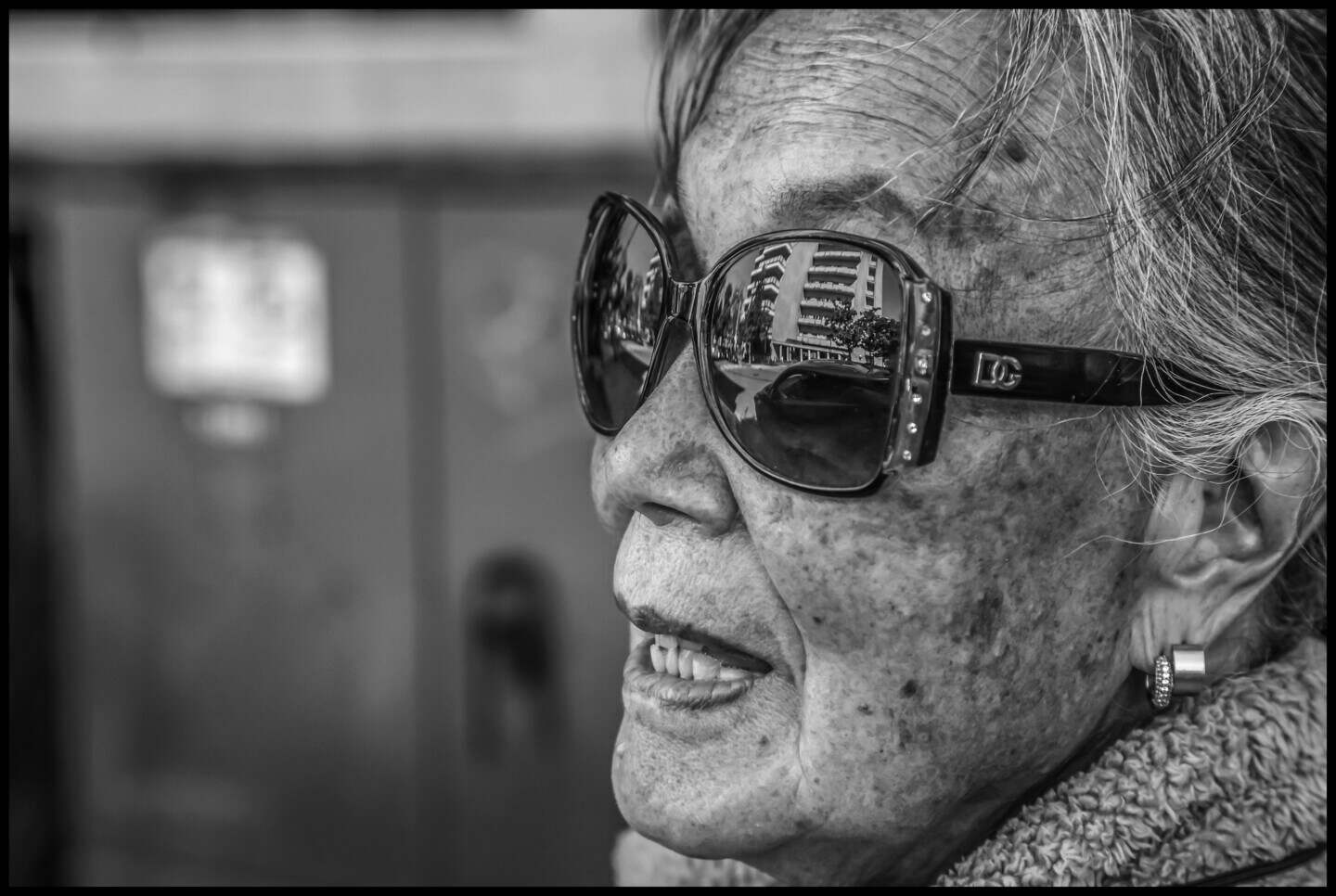 She cofounded Asian Americans for Jesse Jackson, and was a McGovern delegate in 1972, at the height of the war. “I wore Viet Cong pajamas and a hat, and we tried to stop the bombing of the dikes,” she once told a conference of activists.

Ying fought against anti-China hysteria, and spoke of her own experience, “The China that I left in 1944 was probably 99.5 percent poor and desperate. The China that exists today has no hunger, and people are housed and people are clothed. That to me is a miracle of the century.”

Ying was one of the people who made us who we are, who fought racism and for the dignity of working people. You can see in her face that she never stopped.