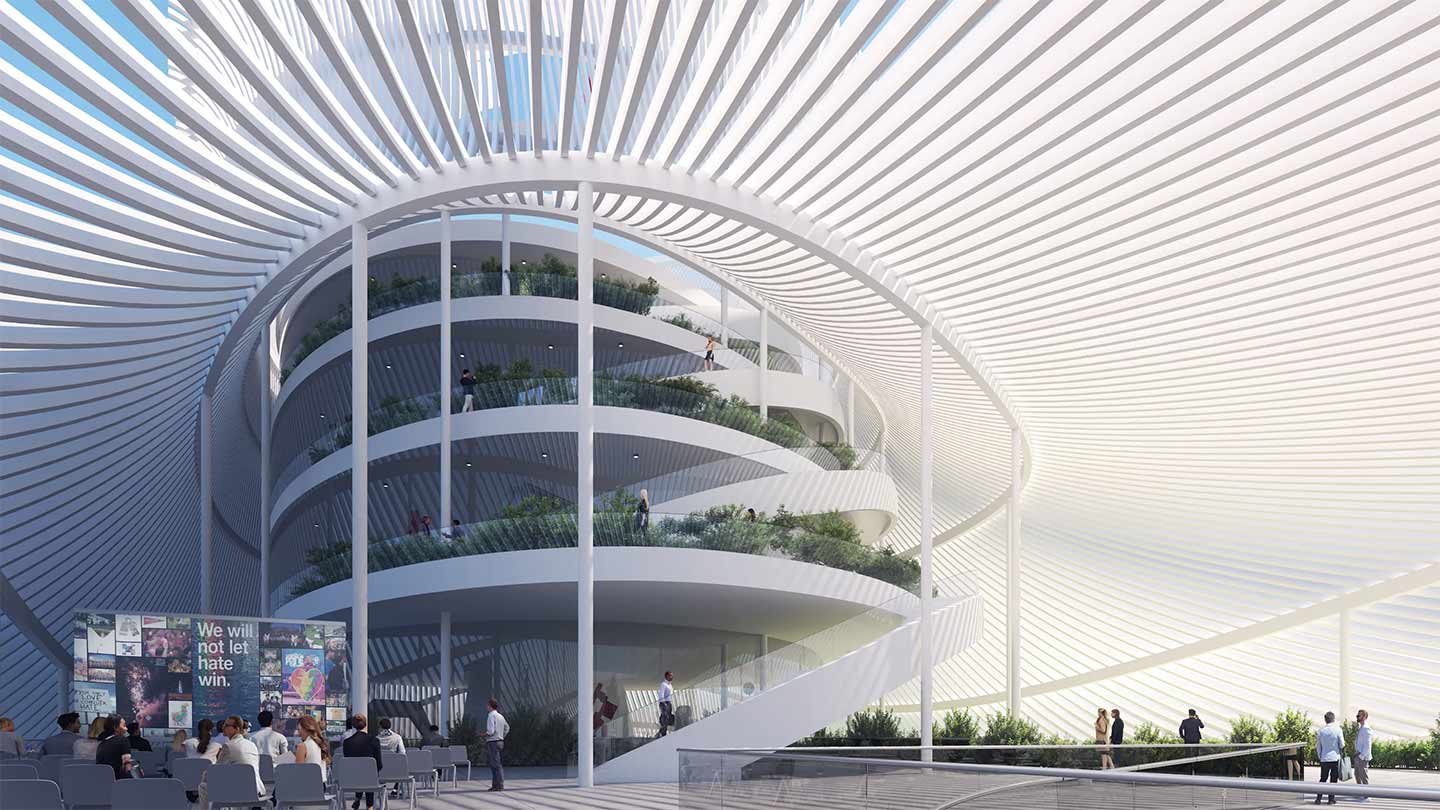 It’s been six years since Jeff Xavier hid in a bathroom at the Pulse nightclub in Orlando, Fla., after being wounded by gunfire during the second-deadliest mass shooting in American history.

“Losing blood, love u all,” Xavier wrote in a post on social media letting his friends and family know that he might not survive.

After six months in a hospital bed and a dozen surgeries, he pulled through. Xavier is one of more than 53 injured survivors of the violent tragedy that took the lives of 49 people on June 12, 2016. “A lot of people are still hurting and in need of help,” he told The Nation, “but there are some people who are making a profit off of our blood.”

Less than a month after the shooting, the owners of Pulse began raising money under an organization called the onePULSE Foundation. In June of 2019 onePULSE, in collaboration with the City of Orlando, announced plans to build a museum that will cost an estimated $45 million that would, according to its official announcement, honor the survivors. The museum will charge an entrance fee to visitors and sell memorabilia.

But several survivors argue that the museum is profiting off of their pain. In response, they’ve organized a group to have their voices heard, forming the Community Coalition Against a Pulse Museum (CCAPM). “Money raised in the name of the mass shooting should go to the continued care of survivors,” CCAPM wrote on its website. “A public memorial park that does not seek to capitalize on the mass shooting in any way is the only option for a just memorial.” An open letter from CCAPM expressing disapproval of the museum has 31 signatures from survivors and victims’ family members, as well as support from victims of other mass shootings.

Barbara Poma, owner of the nightclub and founder of onePULSE, has led the charge to build the museum. She was awarded up to $10 million in hotel-tax revenues by the Orange County Board of County Commissioners (BCC), and has traveled to Kentucky, California, and Colorado, among other states, to fundraise for the construction of the museum. “She [Poma] was not there; she didn’t experience our trauma,” Xavier said. “She was not injured. She’s not a permanently injured survivor. She did not lose a loved one or child or anything.” Nor, Xavier pointed out, is Poma LGBTQ, LatinX, or Black— the main communities affected by the shooting, which occurred on a Latin dance night.

Christine Leinonen’s son Andrew and his boyfriend were both killed at Pulse. She said that money made off of the death of her son is “disgusting” and disrespectful to her and other family members of victims. “I don’t want someone sitting and gawking at a display of where my son was killed, while people who didn’t live through the tragedy make a profit from it,” she said. Shortly after the foundation announced its plans to build the museum, Leinonen created a petition in protest, which aimed to “stop profit on bloodshed” and which has gained over 45,000 signatures.

After founding onePULSE in the wake of the tragedy, Poma operated the foundation as the CEO, paying herself over $100,000 to run the organization until February of this year, when the nonprofit reorganized. In her new role as “keeper of the story,” she mainly fundraises for the organization.

Poma is part of an ongoing negligence lawsuit waged by 39 survivors and victims’ family members, including Leinonen, that accuses her and her husband, Rosario, of not maintaining sufficient security measures at Pulse nightclub. The lawsuit was filed over four years ago, but none of the victims have had their day in court. “Their lawyers keep pushing the lawsuit back,” said Leinonen. “How can this person who is being sued by victims and their families continue to make money off of us and build a museum we don’t want?”

A representative for onePULSE told The Nation that there are several organizations that raise funds for victims and their families, including the One Orlando Fund, the Contigo Fund, and the Better Together Fund. “onePULSE Foundation is not a direct service provider,” the organization’s PR representative wrote. “Our mission is to build the National Pulse Memorial & Museum and Orlando Health Survivors Walk, which will offer places of sanctuary and commemoration as well as a safe resting place for the memories of the 49 Angels.”

But according to the organization’s articles of incorporation, under “purpose” of the organization, onePULSE was initially created in 2016 with the intention of, “providing immediate financial assistance to victims affected by the attack at Pulse Nightclub.” This was changed over the course of the first three years of the organization’s existence, after onePULSE raised millions, members of CCAPM said. The mission now reads, “To create and support a memorial that opens hearts, a museum that opens minds, educational programs that open eyes and legacy scholarships that open doors.”

According to an Orlando Sentinel article from 2019, the jury that decided the museum’s final design included one survivor and the mother of a victim. onePulse also lists four survivors on its website as part of its memorial’s task force. Brett Rigas, a survivor on the task force, told Time in 2019 that onePULSE has “always been a source of help—be that financially, advocacy, and in terms of growing a support network for those connected to the shooting.”

Poma also addressed concerns about onePULSE in a public statement published in July of 2019, shortly after the announcement of the museum and uproar from some of the victims and survivors. “Merchandise sales are part of all memorials and museums and serve as a significant revenue source for operations,” she wrote. “Visitors seek these items to remember their experience and to support the mission.” Poma added that the accusations lodged against her and the organization were untrue. “A parent’s grief is profound and permanent,” she wrote. “I wish that on no one. But that doesn’t give anyone the right to spread misinformation or launch smear campaigns because it temporarily feels good to blame others.

Yet recently, more accusations against the organization have surfaced. In an Orlando City Council meeting on June 6, Matthew Zacharino, founder of the watchdog group the Center for Corporate Responsibility, alleged that onePulse has created “a false and fictitious narrative” to raise money and is guilty of misallocating funds. “Millions of dollars was raised for the victims and their families by kind hearted individuals and corporations around the world, and instead, the money was diverted to a wealthy restaurant owner and her foundation,” Zacharino said.

And in May 2021, Zachary Blair, a member of CCPAM who attended Pulse frequently with his boyfriend but was not there the night of the shooting, published an exposé of the museum, based on over 200 public records requests, which detailed several instances of unpermitted work done at Pulse dating back to 2010. Among other code violations, the investigation pointed out the construction of a fence that was taller than code would allow, which ultimately blocked several people trying to escape the shooting, forcing them to knock a section of it down in their struggle to flee. Blair has requested comment several times from city staff for the allegations in the expose—none of which have been answered.

“Dear all: Please do not engage with Dr. Blair,” Orlando City Attorney Mayanne Downs wrote to city staff, including the city council and mayor, in response to a request for comment Blair sent on May 22. “I’ll continue to review his emails, in case he makes an appropriate records request to which we owe a response. Feel free to delete what he sends.”

Downs is a shareholder at Gray Robinson PA. Her colleague from GrayRobinson, Earl Crittenden, sits as the chair of the board for onePULSE and is an advocate for the museum.

But Xavier and others are still healing from the trauma of that night.

“I just wish the politics and the profiteering would stop, so we can concentrate on healing the many people who need it,” Xavier said. He still struggles both physically and mentally, and he says he knows survivors who have it even worse. Some still have trouble leaving their house.

“Trauma like this is something that you can’t fully explain,” Xavier said.

He doesn’t think that a multimillion-dollar museum will do the job, either.