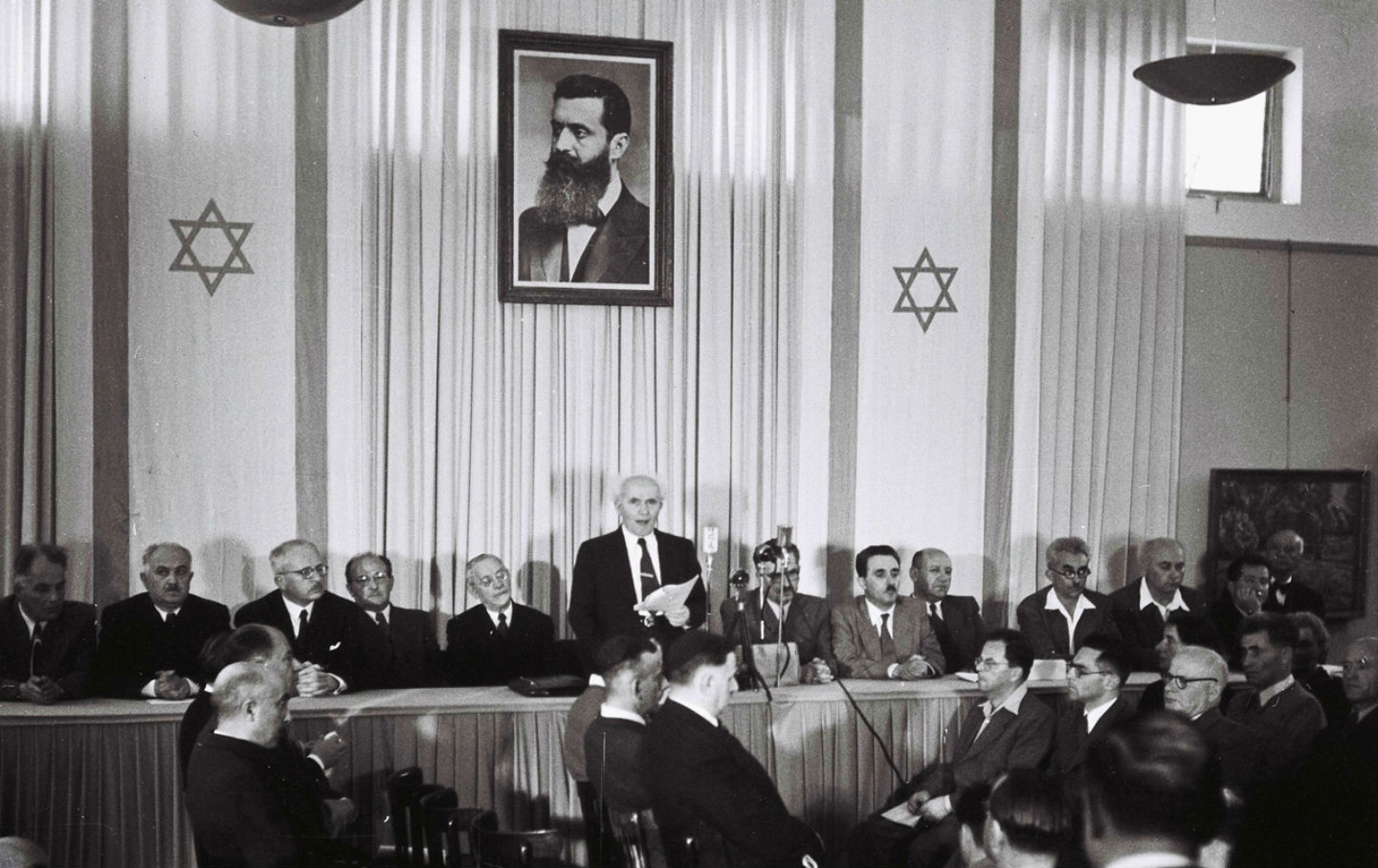 Back in early 2009, I took a leave of absence from my job as an editor in The Nation’s New York office to spend a few months reporting and researching in Israel-Palestine. It was my good fortune that Katrina vanden Heuvel, the magazine’s chief editor at the time, gave her blessing.1

It was not a peaceful period in the region, to say the least. Israel had just ended Operation Cast Lead, a ferocious assault on Gaza that killed over 1,000 Palestinians, most of them civilians, and destroyed much of the Strip’s fragile infrastructure. It was also a time of inspiring grassroots, nonviolent resistance by Palestinians in the West Bank against the continuing Israeli encroachments on their land. I reported on those and other developments at the time, traveling all over Israel and the occupied territories.2

I learned a lot on my trip, but I never expected to discover fascinating, previously unreported details about the pivotal role The Nation itself played in the creation of Israel more than 60 years earlier—details that involved the magazine directly in the strategic and intelligence operations of the French government and the Haganah, the key pre-state Zionist military and intelligence force in Palestine.3

First, though, some context: The magazine’s stance on Zionism and the question of Palestine was quite different in those days from what it is now, and that was due in large part to the influence of one person: Freda Kirchwey, who worked for The Nation from 1918 to 1955 and was owner, publisher, and chief editor from 1937 to 1955.4 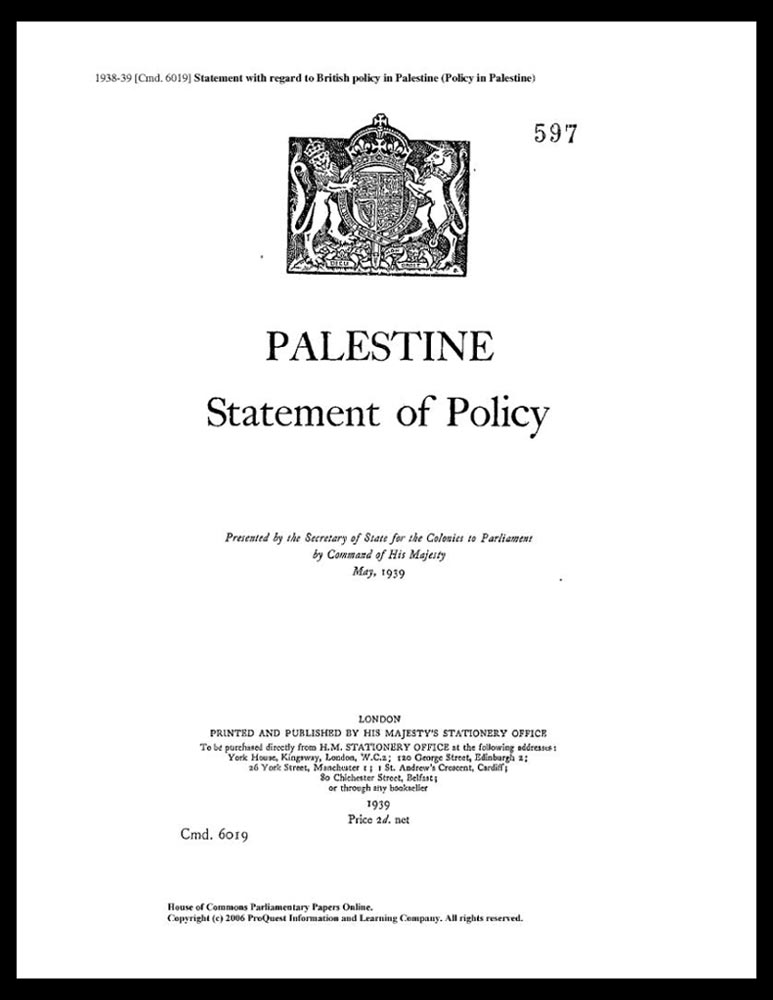 For quite some time, The Nation has been an outspoken and staunch advocate of Palestinian rights and national liberation, but during Kirchwey’s reign, the magazine was an early and ardent supporter of the Zionist movement. Soon after she started at the magazine, Chaim Weizmann, a leader of the Zionist movement, visited The Nation’s offices, and he and Kirchwey became good friends. He impressed her with his “sophistication and depth,” as she put it, and she admired what she called his dedication to “the best and broadest democratic aspirations”—aspirations that clearly did not include the interests of Palestinians.5

As editor and publisher in the 1930s and ’40s, Kirchwey and The Nation would become key U.S. supporters of the Zionist cause. Clearly, Weizmann influenced her, but I think another key reason lies in her, and thus The Nation’s, embrace of militant anti-fascism. The magazine wrote frequently about the plight of Europe’s refugees, focusing in particular on the plight of Europe’s Jews. The magazine argued for their absorption in the United States but also for free passage to Palestine, harshly criticizing the policy of the British government, which then controlled Palestine under a UN Mandate (London’s 1939 White Paper had put a tight quota on Jewish immigration to Palestine in order to assuage Arab fears of growing Zionist power). Kirchwey made no distinction between the Jewish struggle for liberation from fascism in Europe and the Zionist project. To her, as with so many liberal internationalists of that era, the two merged.6

It’s not as if Kirchwey and her colleagues at The Nation were ignorant of Arab claims. The magazine ran reports from the region at the time of the 1936–39 Palestinian Revolt that, while marred by Orientalist tropes, reflected some understanding of why the Arabs opposed British imperialism and feared the growing Zionist presence and power in Palestine. And on Kirchwey’s trips to the region, she met with Arab leaders. But in the end, she and the magazine were simply not sympathetic to Arab claims. Her son later said that she listened to the Arab leaders she met, but it was as if she didn’t hear them—her mind was made up. Part of the reason, I think, is that she, like so many other Americans and Europeans in that era before decolonization, were steeped in colonialist attitudes toward Third World peoples. The horrors of the Nazi oppression of Jews were plainly evident to them, but the fate of a million Palestinians was no more than a speck on their moral map.7 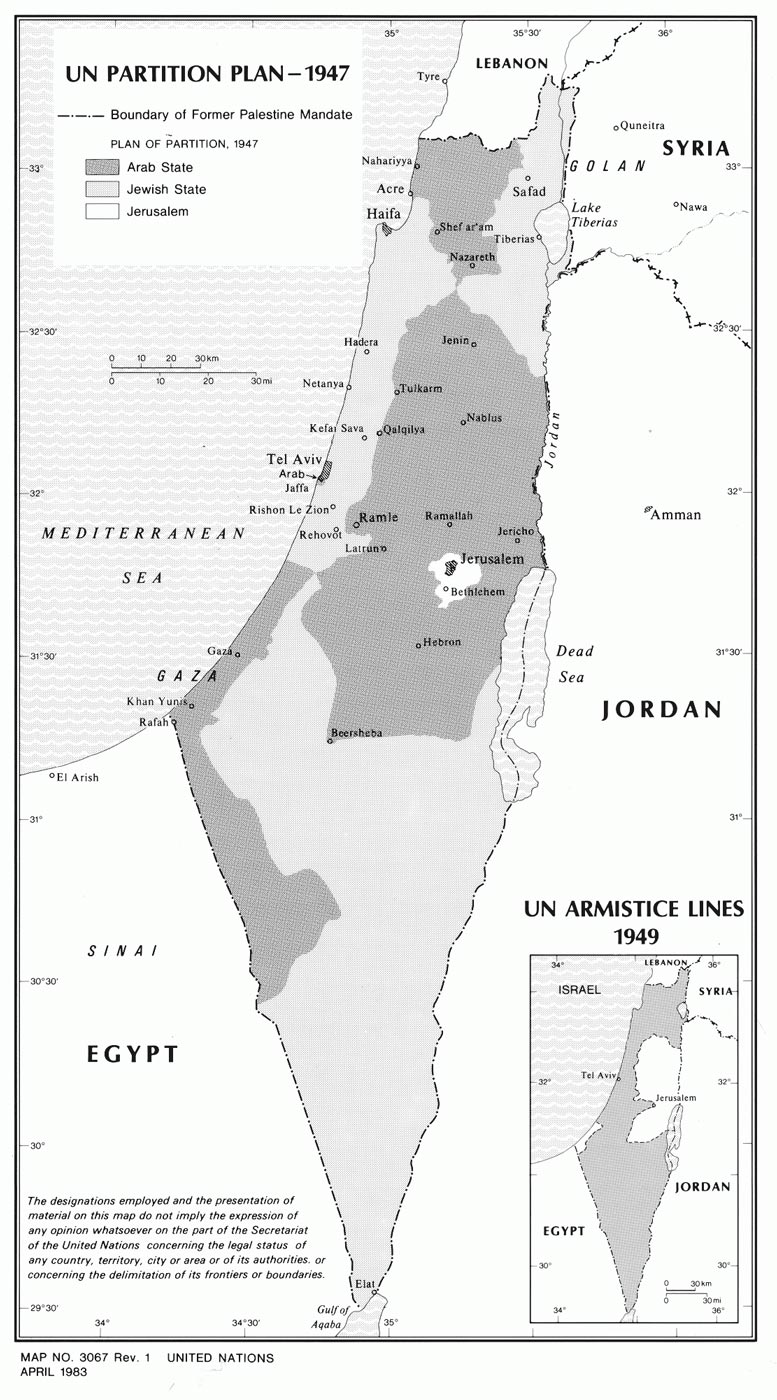 In 1947, after the British government handed over to the United Nations decision-making power on what to do about Palestine, the magazine and its nonprofit fundraising and research arm at that time, the Nation Associates, churned out a series of long reports that it furnished to the UN Special Committee on Palestine. These reports made detailed arguments concerning the makeup of the commission and its conclusions, advocating for partition and creation of an independent Jewish state and against proposals for a binational state or for one single state or federation. Thousands of copies were published and sent to UN member nations, to key foreign officials, to members of Congress, to President Truman, and to the press—and the mainstream press widely reported their contents. It wasn’t just the reports themselves that were effective; Kirchwey had wide and close contacts with key foreign and domestic leaders, and she, along with Lillie Shultz of the Nation Associates, worked very closely with the Jewish Agency in gathering and disseminating the material. There’s good evidence that Kirchwey and the magazine’s support was critical—it came at a time when there was furious debate within the US government about what to do, with many State Department officials arguing against partition.8

Kirchwey, though, had a secret weapon: a source inside the State Department who divulged to The Nation the contents of some of these anti-partition sentiments within the Truman administration. Kirchwey and Shultz promptly organized a public symposium in the fall of 1947 to warn against a US government “double cross,” complaining that President Truman “is reported as capitulating to the Arabs.” Unfortunately, the accusation caused a rift with her old friend Eleanor Roosevelt, widow of the former president, who was both part of the US delegation to the UN and listed on the letterhead announcement of the Nation symposium, since she was a board member of the Nation Associates. Feeling compromised, Roosevelt angrily demanded that her name be removed from the announcement, and she resigned from the board. But, given the magazine’s key connections to political leaders at the UN and elsewhere, it’s safe to assume that The Nation’s arguments in favor of partition and a Jewish state were a significant factor in Washington’s decision to approve the UN partition plan in November 1947.9

The magazine’s lobbying effort continued after the November UN vote. In the spring of 1948, in response to growing bloodshed between Palestinians and Jews that had followed the partition resolution, the US ambassador to the UN announced that the US government was changing its position and now favored postponement of partition, in favor of a temporary UN trusteeship. Kirchwey and The Nation had already gone into overdrive to fight what they called a “conspiracy against partition.” They had a secret ally in this fight, too, which is what I discovered during my 2009 sojourn to the region: the Jewish Agency’s intelligence apparatus, which was working closely with French intelligence. When I was in Beersheva, I met with Professor Meir Zamir of Ben-Gurion University, who told me that during his recent investigations into the French archives, he found that the French had for some time been in secret and close alliance with the Jewish Agency against the British in Palestine. The French were furious at the British for undermining their colonial control of Syria and Lebanon, so they returned the favor by colluding with the Haganah against the British. French intelligence placed agents inside British operations in Beirut and Damascus, from whom they found out that the British were colluding with the Arabs to derail the partition that had been agreed in November 1947. The French promptly turned over this material to the Yishuv’s intelligence agents, who in turn supplied it to Kirchwey and The Nation, either directly or through its Jewish Agency representatives (Kirchwey and Shultz were in constant contact with a Jewish Agency representative in America).10 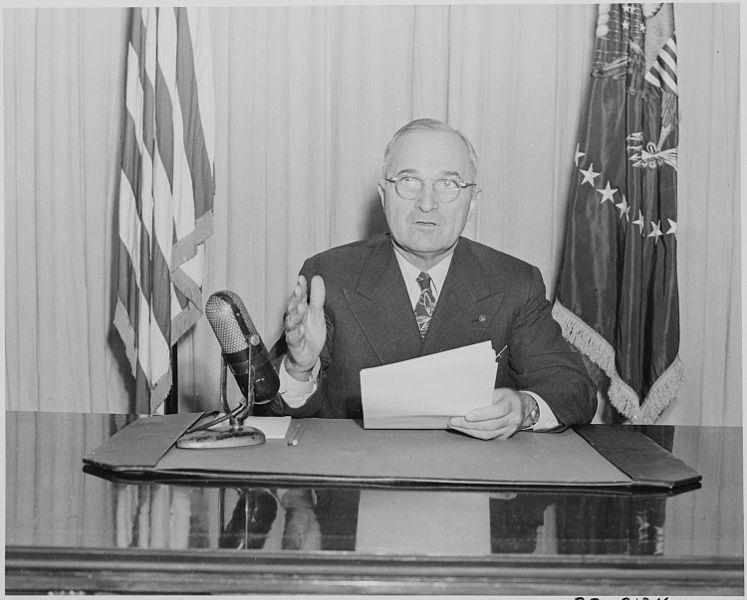 So, at a crucial moment in the run-up to Israel’s declaration of independence—in April and early May 1948—The Nation magazine was able to publish in its pages damaging allegations about British subversion, including details of British intelligence operations against the internationally agreed partition resolution. On April 30 it submitted to the UN General Assembly, under the name of the Nation Associates and The Nation, a long memorandum that contrasted the public British position on the winding down of the Mandate with what they said were the British government’s secret operations, which included collusion with the Arab forces against Jewish forces; hindrance of the UN Commission’s entry into Palestine; and deep knowledge and encouragement of Arab war plans. In the magazine’s issue for May 8, The Nation reprinted much of this memorandum, under the title “The British Record on Partition, as revealed by British Military Intelligence and Other Official Sources.” An introduction signed by Freda Kirchwey says, “The facts contained in this document come for the most part from the confidential reports of British Intelligence.”11

It was a remarkable occurrence: The Nation published documents acquired through a Haganah-French espionage operation. Kirchwey must have known the source. One fascinating aspect of that collusion is a letter that Professor Zamir found in the French archives, dating from 1945 and addressed from a Haganah intelligence official to the French general who ran his government’s intelligence operations in the Middle East. That letter urged cooperation, and furthermore argued that because of well-placed political and journalistic contacts in America and elsewhere, this cooperation could undermine British machinations and secure establishment of the Jewish state. One of the names mentioned in this letter is Freda Kirchwey. Clearly the Haganah’s intelligence apparatus placed a very high value on The Nation and Kirchwey as important collaborators in their aims.  12

We may never know the degree to which The Nation’s arguments in favor of partition and a Jewish state influenced Truman, but we do know from the public record that Truman was aware of the magazine’s reports. And the US government did reverse course and decide to support partition—Truman recognized the State of Israel immediately after it declared independence. 13