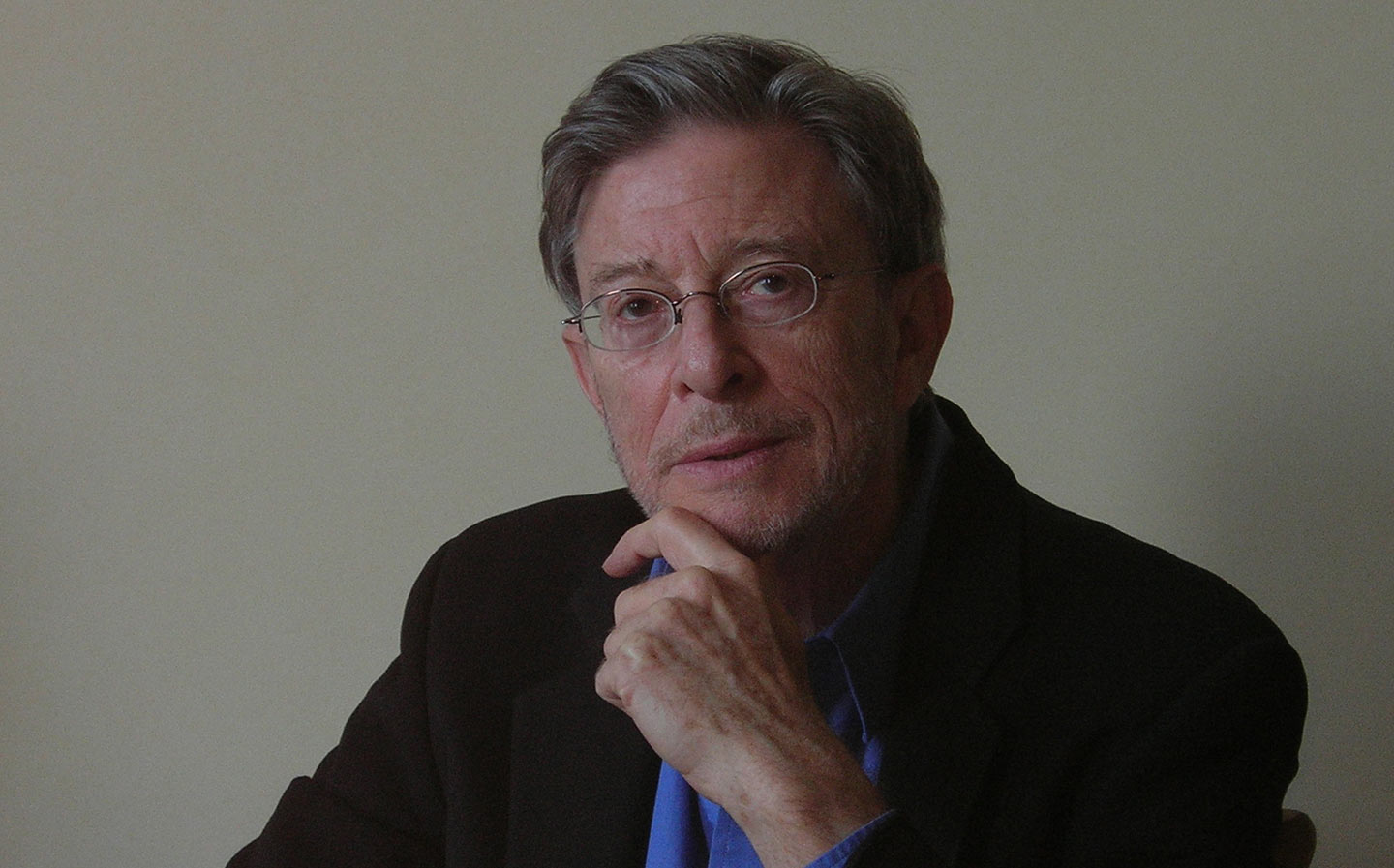 I first “met” Steve through his 1977 essay “Bolshevism and Stalinism.” His cogent, persuasive, revisionist argument that there are always alternatives in history and politics deeply influenced me. And his seminal biography, Bukharin and the Bolshevik Revolution, challenging prevailing interpretations of Soviet history, was to me, and many, a model of how biography should be written: engaged and sympathetically critical.

At the time, I was too accepting of conventional wisdom. Steve’s work—and soon, Steve himself—challenged me to be critical-minded, to seek alternatives to the status quo, to stay true to my beliefs (even if they weren’t popular), and to ask unpopular questions of even the most powerful. These are values I carry with me to this day as editorial director of The Nation, which Steve introduced me to (and its editor, Victor Navasky) and for which he wrote a column (“Sovieticus”) from 1982 to 1987, and many articles and essays beginning in 1979. His last book, War with Russia? was a collection of dispatches (almost all posted at thenation.com) distilled from Steve’s weekly radio broadcasts—beginning in 2014–on The John Batchelor Show.

The experiences we shared in Moscow beginning in 1980 are in many ways my life’s most meaningful. Steve introduced me to realms of politics, history, and life I might never have experienced: to Bukharin’s widow, the extraordinary Anna Mikhailovna Larina, matriarch of his second family, and to his eclectic and fascinating circle of friends—survivors of the Gulag, (whom he later wrote about in The Victims Return) dissidents, and freethinkers—both outside and inside officialdom.

From 1985 to 1991, when we lived frequently in Moscow, we shared the intellectual and political excitement, the hopes and the great achievements of those perestroika years. We later developed a close friendship with Mikhail Gorbachev, a man we both deeply admired as an individual and as a political leader who used his power so courageously to change his country and the world. Gorbachev also changed our lives in several ways.

Our marriage coincided with perestroika. In fact, Steve spent the very first day after our wedding, our so-called honeymoon, at the United Nations with Gorbachev and the news anchor Dan Rather (Steve was consulting for CBS News at the time). Then, on our first anniversary, in 1989, we were with President Bush (the first) and Gorbachev on Malta when they declared the end of the Cold War. And we think of our daughter, Nika, now 29 years old, as a perestroika baby because she was conceived in Russia during the Gorbachev years, made her first visit to Moscow in July 1991 and since then has been back some 40 times. In a moving moment, a year after Raisa Maksimovna died, Gorbachev remarked to Steve that our marriage and partnership reminded him of his with Raisa because we too seemed inseparable.

Steve has often regretted that many of the Russian friends he made after 1985 did not know about his earlier Moscow life. He first visited the Soviet Union in 1959. But it was those pre-perestroika years, 1975 to 1982, that gave Steve what he once told me was his “real education.… Not only in Russian society but in Russian politics, because I began to understand the connection between trends in society, trends in the dissident movement, and trends in the nomenklatura.” They were “utterly formative years for me.”

They also informed his writings, especially his pathbreaking book Rethinking the Soviet Experience, which was published at the very time Gorbachev came to power. “There was a lot of tragedy,” Steve used to say, “but also a lot of humor and warmth when people had little more that personal friendships and ideas to keep them company.” From 1980, when I first traveled to Moscow with Steve, to 1982 when neither of us could get a visa (until 1985 when Gorbachev became leader), we lived in that Russia, spending many nights in friends’ apartments and kitchens drinking into the night, and listening to uncensored, often pessimistic, thinking about the present and future of Russia.

I later became Steve’s collaborator in smuggling samizdat manuscripts out of Russia to the West, and bringing samizdat books back to Russia and distributing them. By the time I joined him, Steve had managed to send dozens of such books to Moscow, and satisfying friends with a selection ranging from Aleksandr Solzhenitsyn, Varlam Shalamov, George Orwell, and Robert Conquest to the Kama Sutra and, of course, the samizdat version of Steve’s own book on Bukharin. I learned from Steve that one had to keep forbidden documents and manuscripts on one’s person at all times, knowing that the KGB frequently searched apartments and hotel rooms. At a certain point, Steve’s shoulder bag became so heavy that he developed a hernia on his right side. After surgery, he started carrying his bag on his left side, but developed a second hernia there, as well. He liked to say that the worst the KGB ever did to him was to cause him two hernias!

In fact, it was samizdat manuscripts that first brought us together. In 1978, Steve heard that I had a diplomatic passport, which would have exempted me from a customs search, and was about to travel to Moscow. (At the time my father was the United States representative to the United Nations in Geneva.) Through a mutual friend, Steve asked if I would bring out samizdat documents being held for him in Moscow. I would have been happy to do so, but Steve had been misinformed. I didn’t have a diplomatic passport.

Steve could sometimes seem like a tough guy, but those who won his trust knew he was a person of great generosity, loyalty, and kindness. He was known in our New York City neighborhood on the Upper West Side as an impresario/organizer and longtime supporter of basketball tournaments for local, often poor, kids. In the United States and Russia, Steve mentored and supported young scholars. In the last decade, he set up fellowships for young scholars of Russian history at the several universities where he’d he studied and taught: Indiana University, Princeton, New York University, and Columbia. He lent his support to the establishment of Moscow’s State Museum of the History of the Gulag—and to its young director and team.

Life with Steve was never boring. He was supremely independent, the true radical in our family, unfailingly going to the root of the problem. He spoke his mind. He had a CD with a dozen variations of “My Way”—from Billy Bragg to Frank Sinatra. And as The Chronicle of Higher Education subtitled its 2017 profile of Steve, he “was the most controversial Russia expert in America.”

Through all our years together, Steve was my backbone, fortifying me for the battles Nation editors must wage (often with their own writers, sometimes including Steve!), and giving me the personal and political courage to do the right thing. But never more so than when we entered what might be called the “Russiagate era.”

While Steve liked to say it’s healthy to rethink, to have more questions than answers, there was a wise consistency to his political analysis. For example, as is clear from his many articles in The Nation in these last decades, he unwaveringly opposed American Cold War thinking both during the Cold War and since the end of the Soviet Union. He was consistent in his refusal to sermonize, lecture, or moralize about what Russia should do. He preferred to listen rather than preach, to analyze rather than demonize.

This stance was no recipe for popularity, which Steve professed to care little about. He was courageous and fearless in continuing to question the increasingly rigid orthodoxies about the Soviet Union and Russia. But in the last months, such criticism did take its toll on him. Along with others who sought to avert a new and more dangerous Cold War, Steve despaired that the public debate so desperately needed had become increasingly impossible in mainstream politics or media. Until his death he’d been working on a short article about what he saw as the “criminalization of détente.” The organization he established, the American Committee on East-West Accord, tried mightily to argue for a more sane US policy toward Russia.

He fared better than I often did confronting the controversies surrounding him since 2014, in reaction to his views on Ukraine, Putin, election interference, and more. Positions he took often elicited slurs and scurrilous attacks. How many times could he be labeled “Putin’s puppet”? “Putin’s No.1 American apologist”? Endlessly, it seemed. But Steve chose not to respond directly to the attacks, believing—as he told me many times when I urged him to respond—that they offered no truly substantive criticism of his arguments, but were merely ad hominem attacks. What he did write about—he was increasingly concerned about the fate of a younger generation of scholars—was the danger of smearing those who thought differently about US policy toward Russia, thereby silencing skeptics and contributing to the absence of a needed debate in our politics, media, and academy.

Mikhail Gorbachev often told Steve how deeply influenced he was by his writings, especially his biography of Bukharin. Steve first met Gorbachev in 1987 at the Soviet Embassy in Washington. It was a reception for America’s “progressive intelligentsia”—which Steve found funny, because he considered himself a maverick and didn’t like labels. But he was there that day, and within a few minutes a Kremlin aide told Steve that the general secretary wanted to talk to him. Minutes later, Mikhail Sergeevich approached and asked Steve, assuming the author of Bukharin and the Bolshevik Revolution must be eminent and of a “serious” age: “Deistvitelno [really]—you wrote the book, or was it your father?”

Steve finally achieved that “serious” age Gorbachev spoke of! But his heart, spirit and mind remained youthful till the very end. Maybe it’s because of his love of Jerry Lee Lewis’s rock and roll, or New Orleans blues or Kentucky bluegrass, or his passion for basketball (shared with our daughter Nika and his 16-year-old grandson, Lucas), or his quest for a good anecdote (his annual anecdote lectures at Princeton and later NYU drew large crowds). Maybe it’s because we continued our walks in nearby Riverside Park for as long as was possible—walks full of loving and spirited argument and talk. Perhaps it’s because, while Steve was a very serious person, he didn’t take himself seriously.

On Saturday, Mikhail Gorbachev sent these words about Steve:

Dear Katrina,
Please accept my sincere condolences on Steve’s passing. He was one of the closest people to me in his views and understanding of the enormous events that occurred in the late 1980s in Russia and changed the world.
Steve was a brilliant historian and a man of democratic convictions. He loved Russia, the Russian intelligentsia, and believed in our country’s future.
I always considered Steve and you my true friends. During perestroika and all the subsequent years, I felt your understanding and unwavering support. I thank you both.
Dear Katrina, I feel deep sympathy for your grief and I mourn together with you and Nika.
Blessed memory for Steve.
I embrace you,
Mikhail Gorbachev
19.09.20

For 40 years, Steve was my partner, companion, co-conspirator, best friend, fellow traveler, mentor, husband (for 32 years), co-author. I will be forever grateful to him for introducing me to The Nation, to Russia, for a life that has been full of shared adventure, friendship and passion, and for our beloved daughter, Nika.