An Israeli sign is displayed on a road at the entry of the West Bank town of Jericho, on February 22, 2014, warning Israeli citizens they are entering inside a Palestinian area "dangerous to their lives." (Thomas Coex / AFP via Getty Images)

In the summer of 2014, after an Israeli siege and bombing of Gaza left hundreds of Palestinian children dead, tens of thousands of South Africans took to the streets of their capital city to protest for the Palestinian people. There, addressing a crowd of South African workers, civil society organizations, trade unions, and political parties, the former president of South Africa Thabo Mbeki called for a boycott of Israeli goods, evoking the parallels between his people’s experiences of apartheid and Israel’s treatment of the Palestinians.

Yesterday, Human Rights Watch (HRW) released a landmark report accusing Israel of apartheid crimes against humanity in its conduct towards Palestinians, and calling on the international community to pursue investigations and prosecutions of Israeli officials in order to end Israeli abuses. The report implicitly endorses the aims of the Boycott, Divestment, and Sanctions (BDS) movement, by arguing at minimum for companies to cease activities that contribute to the crime of apartheid in Israel and for states to issue sanctions, travel bans, and asset freezes against Israeli individuals and officials complicit in apartheid.

The Debt We Owe Edward Said

A Century of Struggle in Palestine

More than two years in the making and spanning more than 200 pages, the report, “A Threshold Crossed: Israeli Authorities and the Crimes of Apartheid and Persecution,” compiles the organization’s fieldwork, case studies, and reviews of Israeli government policies to help establish Israel’s treatment of Palestinians as meeting the standards for the crimes of apartheid and persecution under international law. HRW argues that the Israeli government has “demonstrated an intent to maintain the domination of Jewish Israelis over Palestinians across Israel and the occupied Palestinian territories” and that, when coupled with its “systematic oppression of Palestinians and inhumane acts committed against them,” the programs amount to the crime of apartheid.

Given that an estimated 8 million (66 percent) of the global Palestinian population are forcibly displaced persons, the HRW report is particularly powerful in its refusal to treat Israeli persecution of the various communities of Palestinian life as unconnected stories, identifying “separate and unequal” programs of discrimination across Gaza, Jerusalem, the Negev, the Galilee, the occupied West Bank, the refugee camps of Lebanon and Jordan, and the international Palestinian diaspora. According to HRW, these apartheid programs include: mass land confiscation, the creation of separate population enclaves, unlawful home demolitions, the denial of residency rights, the suspension of civil rights, the Judaization of thousands of dunams of land, and the maintenance of legal regimes of domination. In Jerusalem, which has been beset this month by roving gangs of Israelis calling for “death to Arabs,” HRW identifies an Israeli program of “forcible transfer,” setting a demographic ratio for depopulating the city’s Palestinian life. This is not a past tense issue: In the Sheikh Jarrah neighborhood of East Jerusalem this month, dozens of Palestinian families are in the process of being illegally dispossessed of their homes. 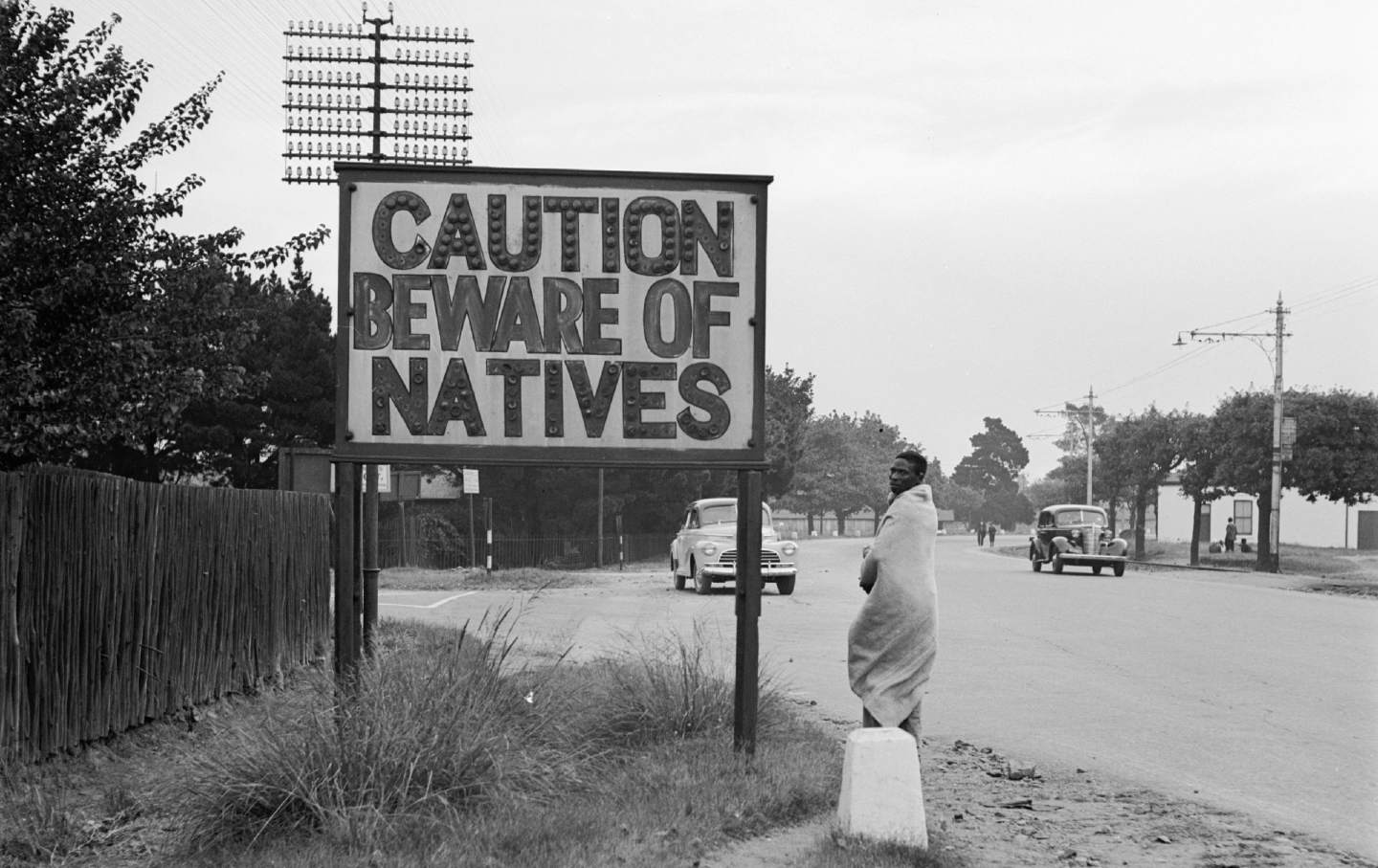 If, for a while, the implicit South Africa comparisons sounded harsh, radical even, it was mainly because people weren’t paying attention. In 2014, Nobel Peace Prize–recipient Archbishop Desmond Tutu, who devoted his life to the anti-apartheid struggle, called the Israeli system apartheid. So has Winnie Mandela, and so has Nelson Mandela’s grandson, and South African freedom fighter Dennis Goldberg, and Holocaust survivors, and Jimmy Carter, and thousands of American Jews. All this language matters—especially to Palestinians. It lends an ancestral lineage to a powerful metaphor, through the words of the very people with some of the most personal and political experiences of human pain. And as a result of this courage, the claim that for years has led recriminatory campaigns by the Israel lobby to damage the careers of high school teachers, and union workers, and college students, is seeing increased popular recognition.

The HRW report is part of a growing international consensus that Israel is an apartheid state: Palestinians have been saying this for decades; and in January, the human rights group B’Tselem became the first Israeli organization to join the chorus, issuing a white paper titled, “A regime of Jewish supremacy from the Jordan River to the Mediterranean Sea: This is apartheid.” Both of these groups are essentially recognizing the existence of a semipermeable Palestinian membrane: Jewish citizens can live practically anywhere in the entire land from the Jordan River to the Mediterranean Sea; Palestinians, on the other hand, are sub-divided into different classes of existence, and live under a regime of racial supremacy. None of this is surprising to Palestinians who, through groups like Al Shabaka (the Palestinian policy network), Al-Haq (a Palestinian human rights organization), and Adalah (the Legal Center for Arab Minority Rights in Israel) have made this case long before the international community felt comfortable.

Israeli-Palestinian Interim Agreement Map No. 1: First Phase of Redeployment, Map Delineating Areas A and B after the Oslo Accords. (Israeli Ministry of Foreign Affairs)

Apartheid is, of course, more than just an analogy. The concept, first forged in solidarity with the Black struggle in South Africa, was formalized as a “crime against humanity” in the 2007 Rome Statute that created the International Criminal Court (ICC). What was valuable in the establishment of a legal standard for apartheid separate from South Africa was the recognition that apartheid, as a program of domination and control, can have different local manifestations. To this end, the HRW report calls on the ICC to investigate Israeli officials implicated in apartheid, a development that comes on the heels of ICC chief prosecutor Fatou Bensouda’s announcing in March that the ICC intends to investigate possible war crimes committed in the occupied Palestinian territories.

The growing consensus on Israel’s apartheid is a rare cause for optimism, and should be seen as one front among many in the anti-racist and anti-colonial struggle for Palestinian freedom. That being said, the international legal framework of apartheid is not the entire story. Many of the crimes perpetuated by Israel cannot be repaired through a campaign of civil rights or the granting of equality within the parameters of a nation-state; neither provide a vision for the return of the millions of Palestinians like my grandparents to the homes and lands they have been dispossessed of. These broader aims comprise the ongoing struggle, like the justice that is still being fought for in South Africa, after the cameras went away in 1994 and after the figureheads of that apartheid reality transmogrified anew.

What comes next must be similar to the global effort to support the South African people in their fight to end apartheid: a campaign of moral, political, and economic boycott. Millions of Palestinians and Jews are demanding the end to the annexation of Palestine and the dismantlement of Israel’s colonies. Join them, and things will change, slowly.