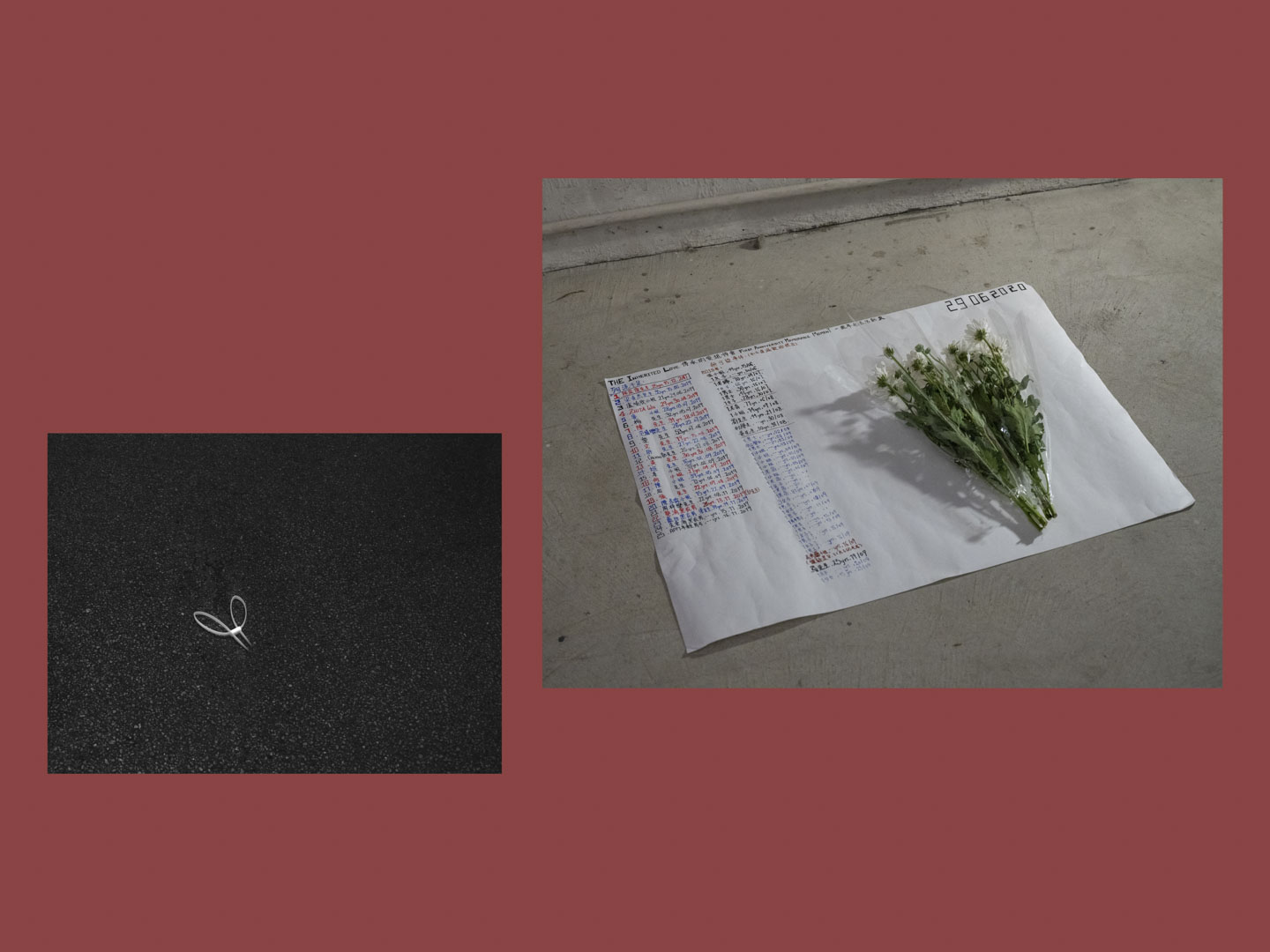 The Nation and Magnum Foundation are partnering on a visual chronicle of untold stories of the coronavirus crisis and the struggle for racial justice—read more from The Invisible Front Line.  —The Editors

Since Hong Kong was officially handed over to Chinese rule in 1997, the city has enjoyed a special status within China, a place where dissident books could be published, where protests and free speech were protected. But these freedoms have been eroded, at first slowly and now all at once. In 2019, the Hong Kong government introduced an extradition bill that would have made it easier to prosecute Hong Kongers in mainland courts, a move that kicked off months of protests that at first targeted the withdrawal of the bill but ultimately led to a movement fighting for wider democratic rights. And in June 2020, Beijing introduced a special national security law that effectively outlawed public dissent.

This sweeping national security law imposed by Beijing grants the authorities free rein to crack down on opposition at home and abroad. The authorities are already using this law to enforce limits on free speech. Dissidents’ ideas and speech have become illegal under the legislation, which bars secession, terrorism, subversion of state power, and collusion with foreign forces—which means that bloggers who write against the government, or activists associated with a foreign NGO could all be targeted. Just last week, the government arrested four activists who had posted pro-democracy sentiments online, and barred a dozen pro-democracy candidates from running in the upcoming legislative elections, before postponing the elections entirely. 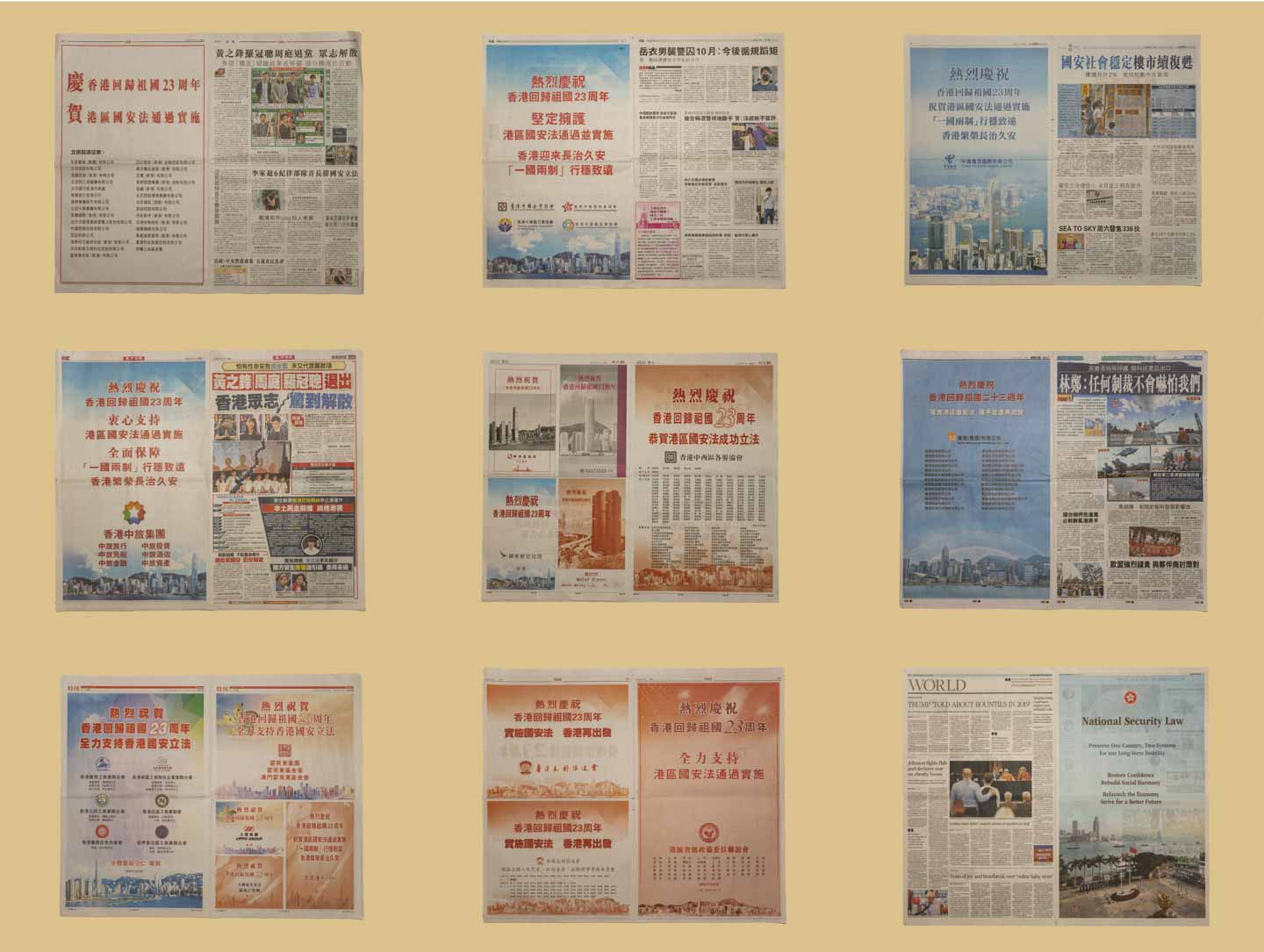 On July 1, 2020, the 23rd anniversary of Hong Kong’s handover to China, newspapers ran hundreds of ads praising China’s rule over Hong Kong. Speaking at a press conference in Beijing, Zhang Xiaoming, deputy director of Beijing’s Hong Kong and Macau Affairs Office, described the National Security legislation as a “birthday gift” to the city on theanniversary, saying it will show its value in the future. (Billy H.C. Kwok) 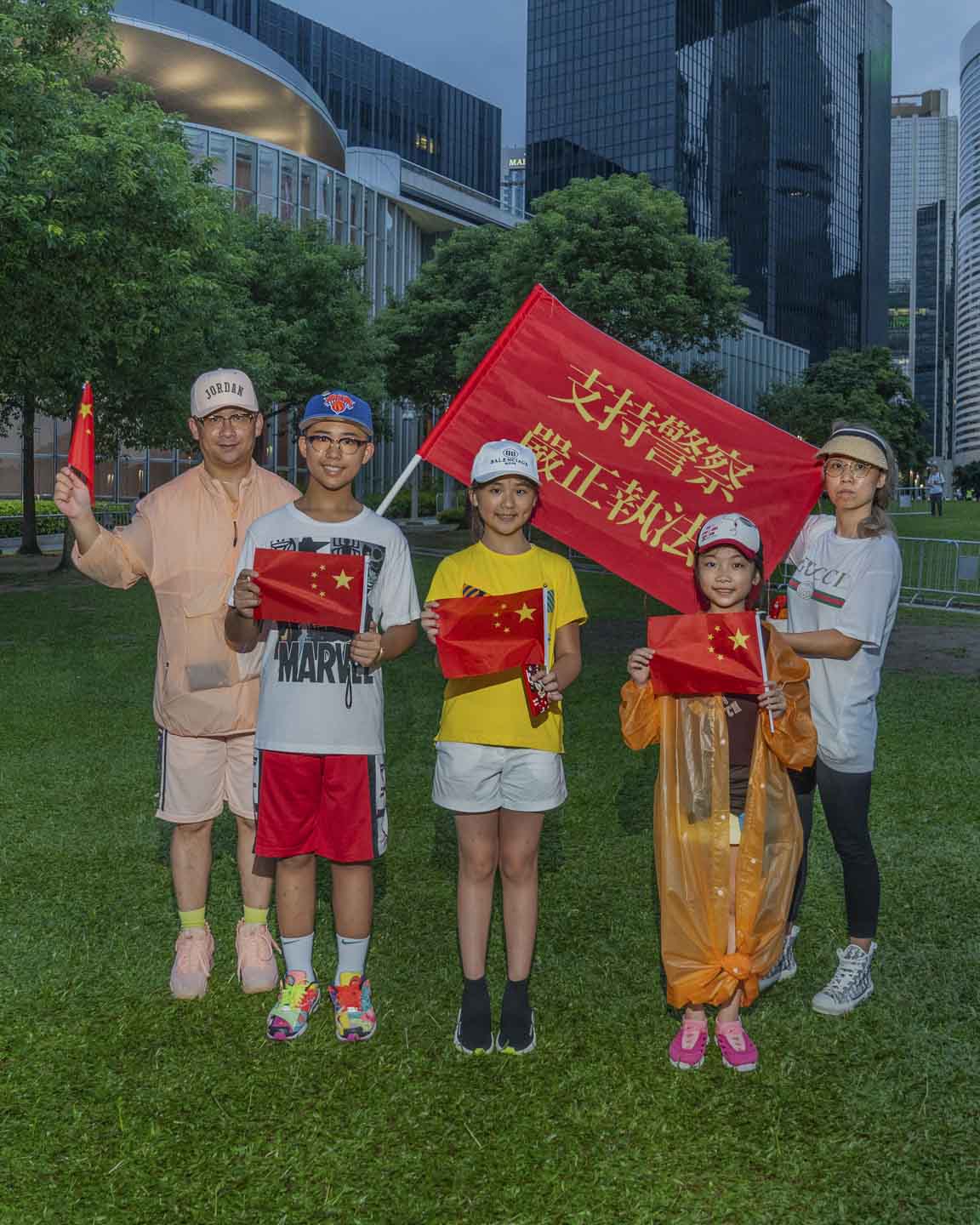 I was in Hong Kong when the national security law was announced—I shoot photos for a number of wire services, and I was here covering the protests that have continued despite fierce police crackdowns and the threat of Covid-19. I was born in Hong Kong, so I take it as a duty to bear witness to the rapid shifts in political power that have wracked the territory these past few months, as activists shut down whole sections of the city and as security forces brutally arrested protesters off the streets. 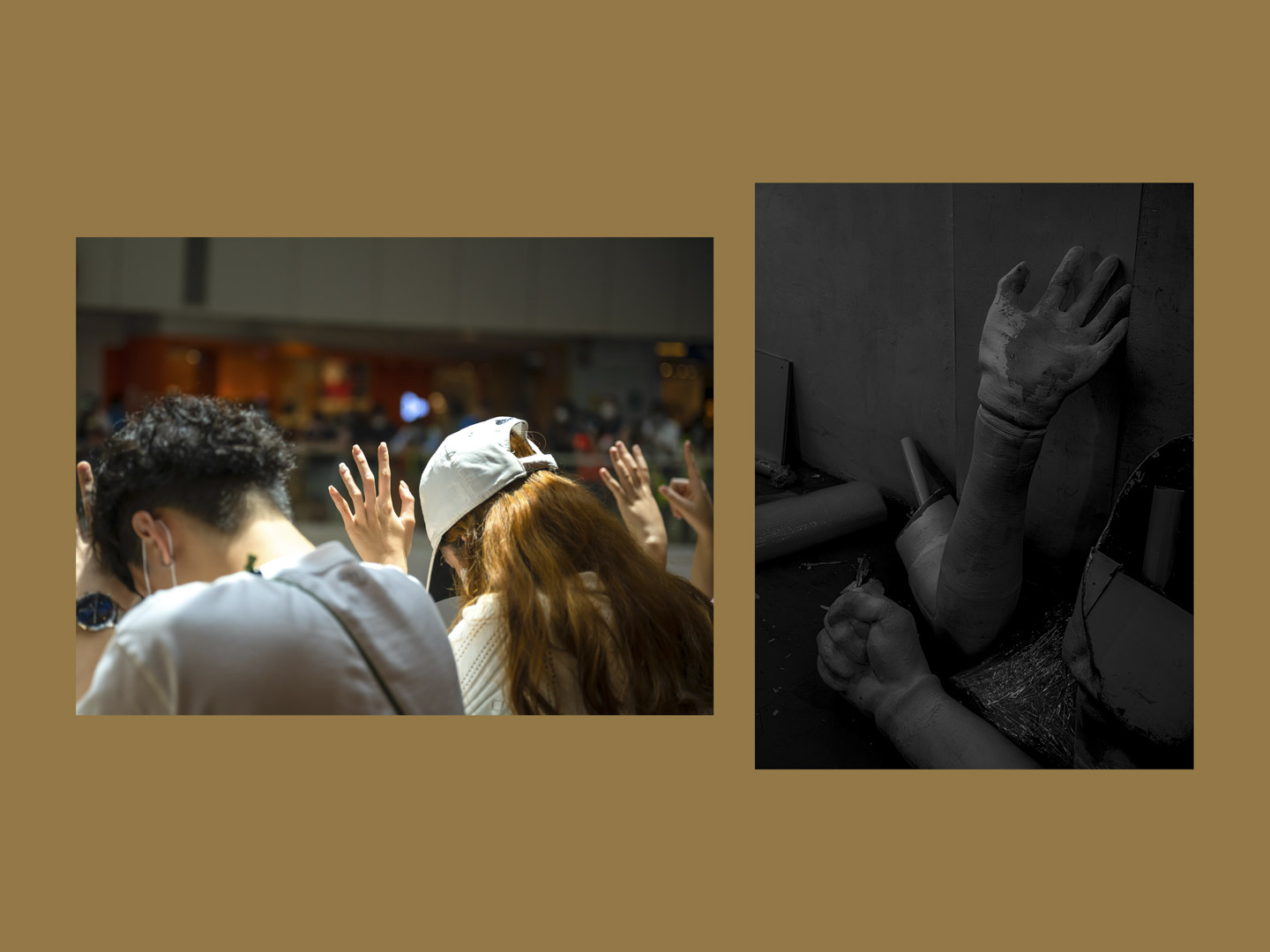 Left: Young protesters gave a hand signal that means "five demands, not one less," one of the Hong Kong protesters’ main slogans—a slogan that is now illegal under the sweeping new national security law, which bars secession, terrorism, subversion of state power, and collusion with foreign forces. Right: A hand of Lady Liberty Hong Kong, a 3-meter (9.8 ft.) statue that was created during the 2019–20 Hong Kong protests, designed by users from the LIHKG forum website. (Billy H.C. Kwok) 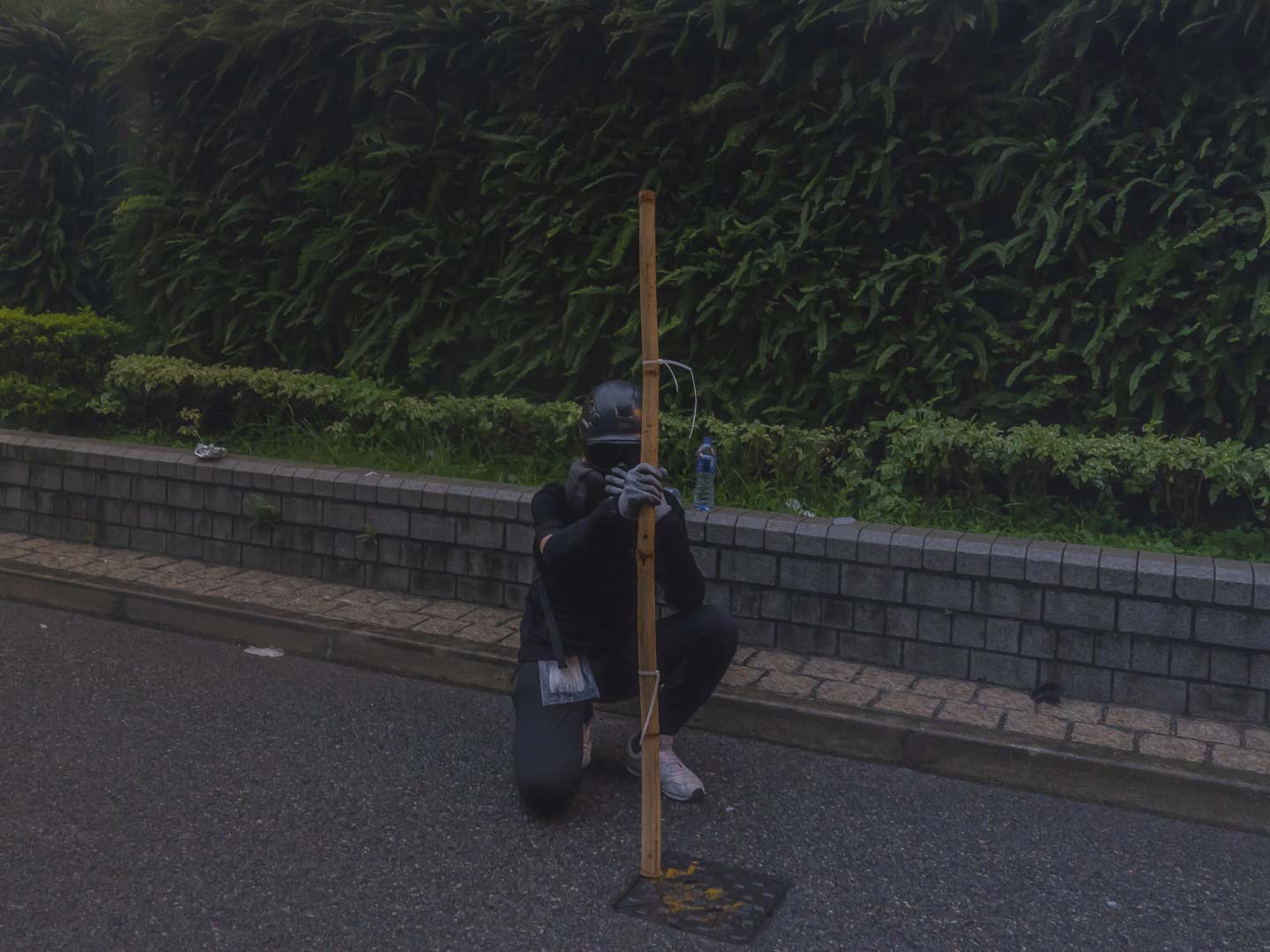 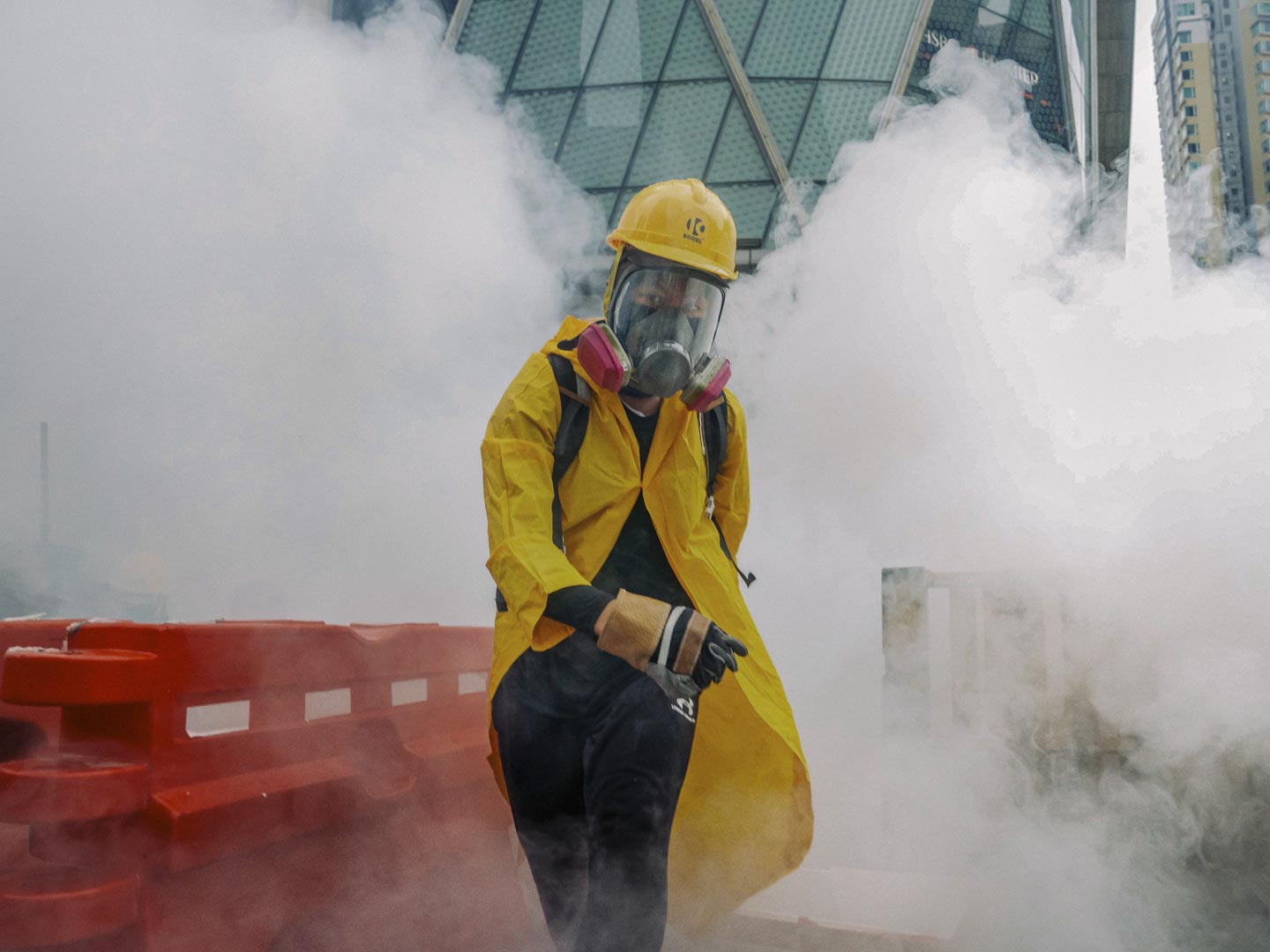 One of the most striking things I have witnessed has been the letters that young protesters have been writing in case they are arrested or disappeared by security services. These “last letters,” to be read in the event that they don’t return from the protests, explain to their families why they are protesting, and also serve as a “no-suicide declaration.” Nine thousand, two hundred, and sixteen people have been arrested during the 12 months of protests, a figure much larger than the total prison population of 7,023. This discrepancy, combined with a series of mysterious deaths and disappearances that have been explained as suicides or accidents, has made protesters wary of their own safety. So the letters serve to say, “I will not be another suicide statistic.” As one young person wrote in their letter, “I have no regrets, not for a moment; even though missing or dead, I will never stay silent in the face of injustice” 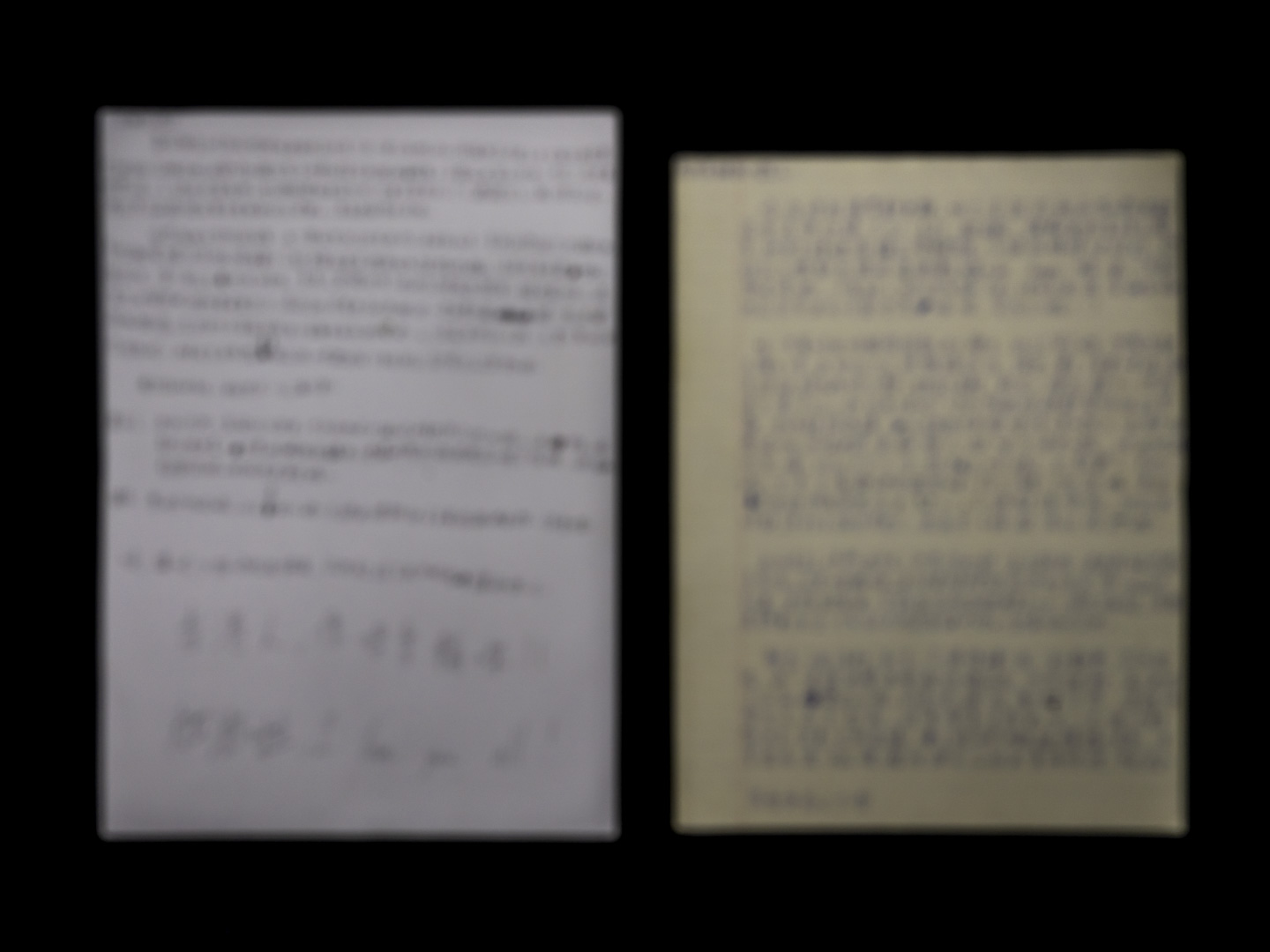 “I have no regrets, not for a moment, even though missing or dead, I will never stay silent in the face of injustice.” As the violence escalated between demonstrators and the police in 2019, Hong Kong’s young protesters started to write their “last letters” in case they don’t return from the front line. (Billy H.C. Kwok) 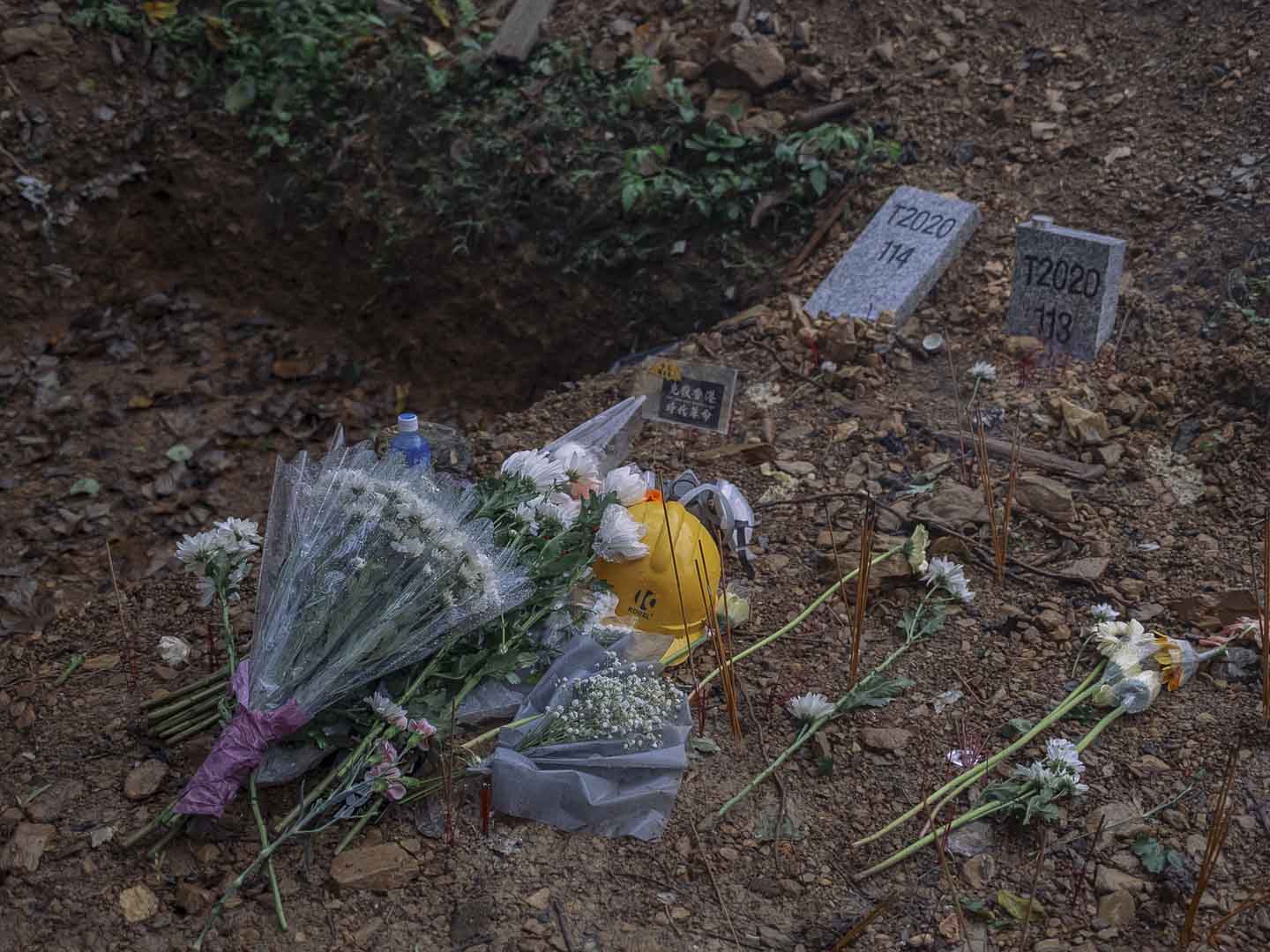 People bring offerings to Sandy Ridge Cemetery during the annual Ching Ming Festival, also known as tomb-sweeping day, to pay respects to those who are thought to have died during the pro-democracy movement. (Billy H.C. Kwok)

I’ve seen these kinds of letters before. In Taiwan, I had previously documented the “last letters” that protesters and dissidents wrote before their execution during the “White Terror,” a period of martial law that began in 1949, during which victims numbered over 140,000 and as many as 4,000 people were executed. The White Terror silenced dissent and traumatized generations of Taiwanese—martial law was lifted only in 1987. In sifting through the “last letters” written during the Terror, I understood the fear and insecurity people faced during this time, not knowing whether they would become the next victim. So to see the activists in Hong Kong reviving this old practice by writing their own “last letters” is heartbreaking. 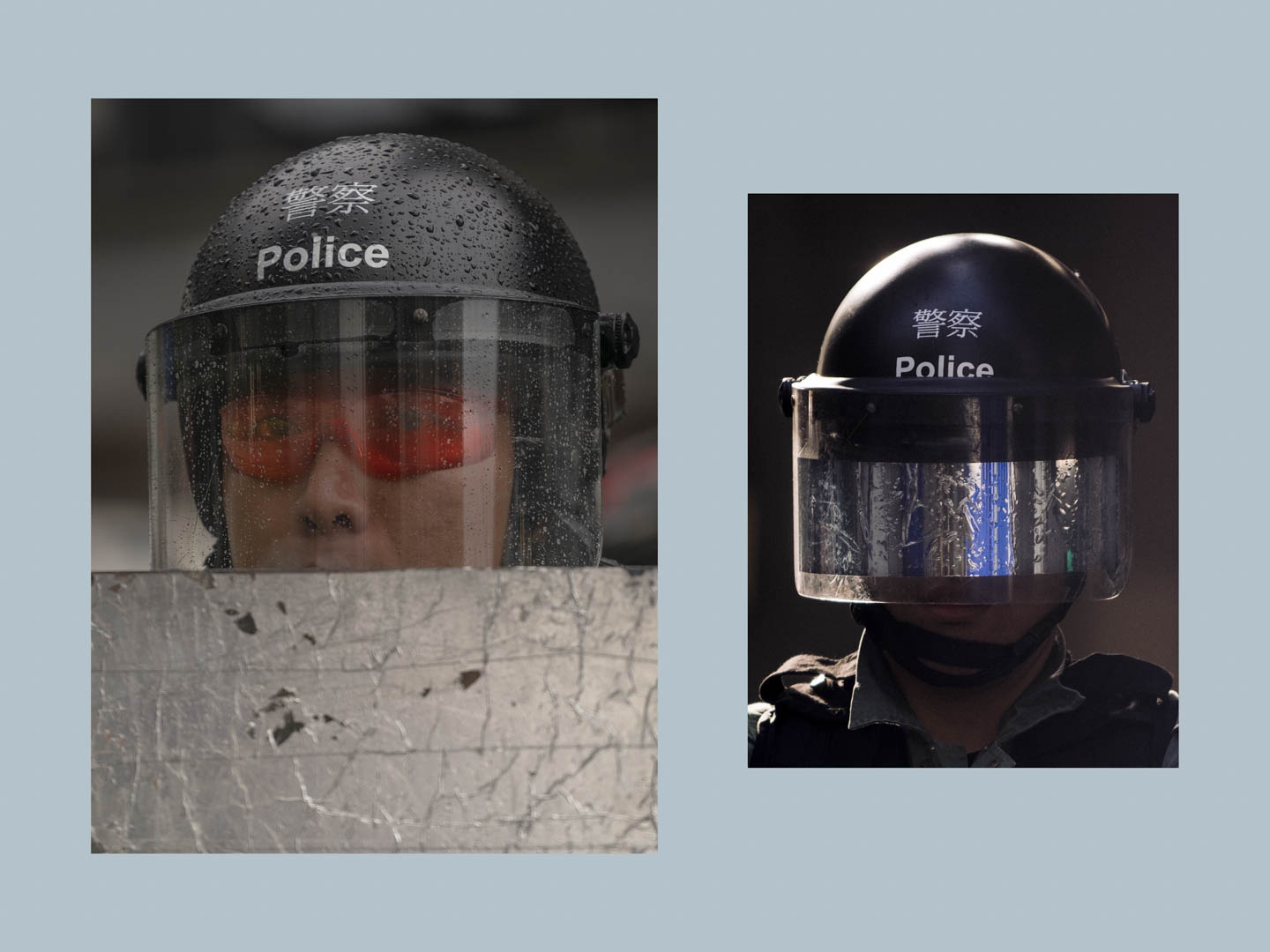 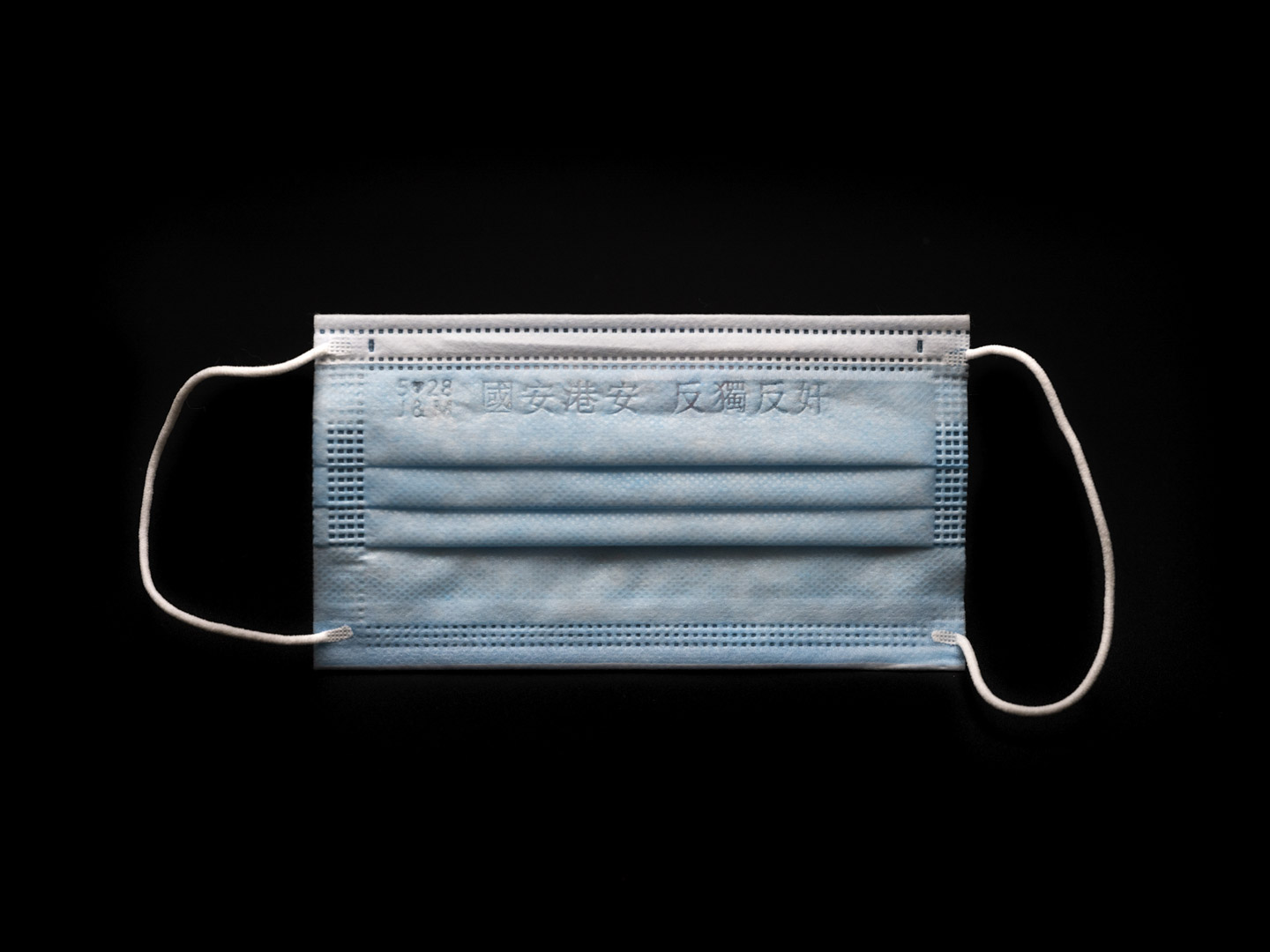 I’m still here in Hong Kong—the restrictions in place because of the Covid-19 crisis have made it difficult for me to return to Taiwan—and I’m still documenting the struggle against China’s crackdown. Despite all the risks, people are still protesting. And they’re still writing their letters. 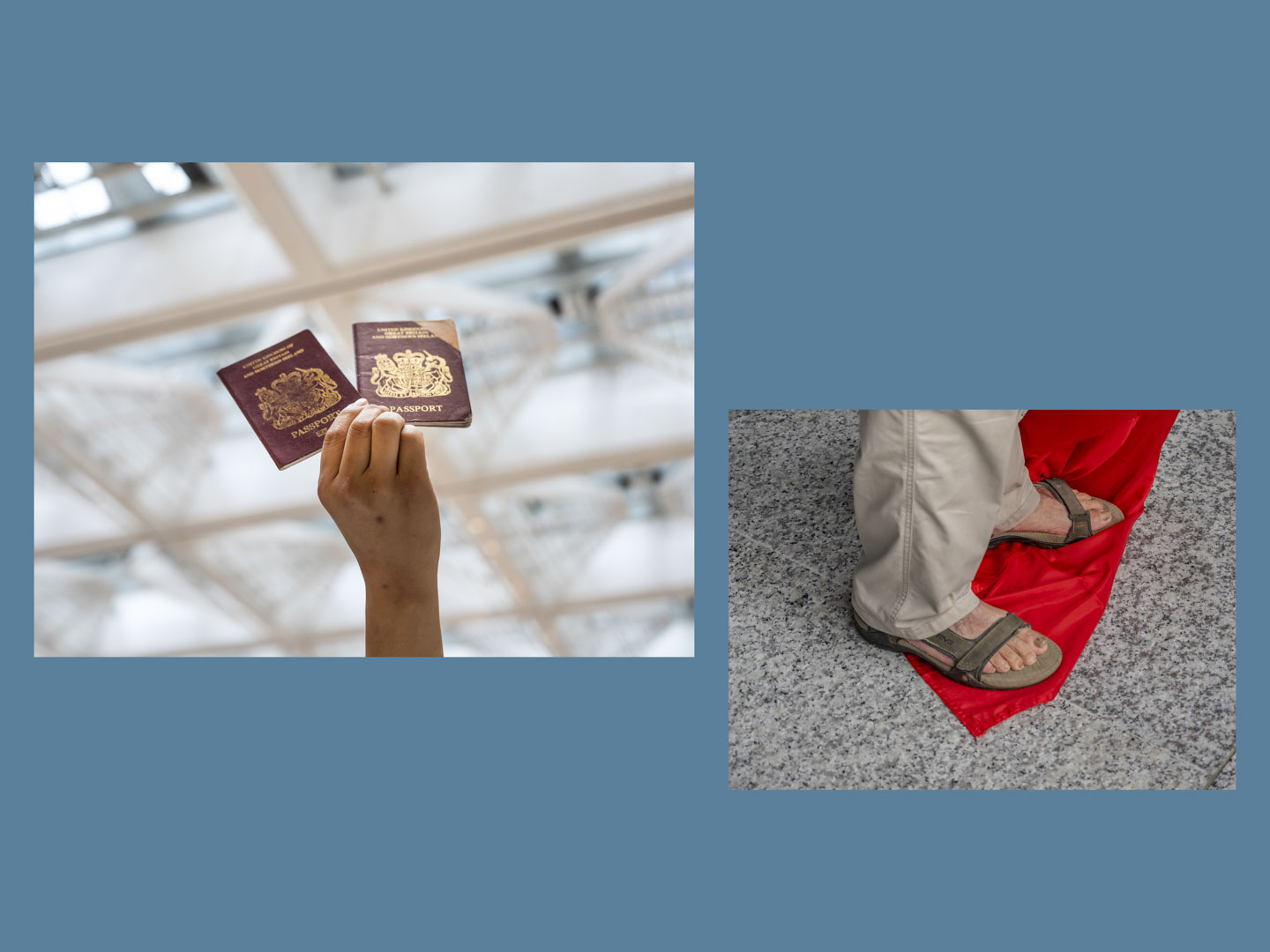