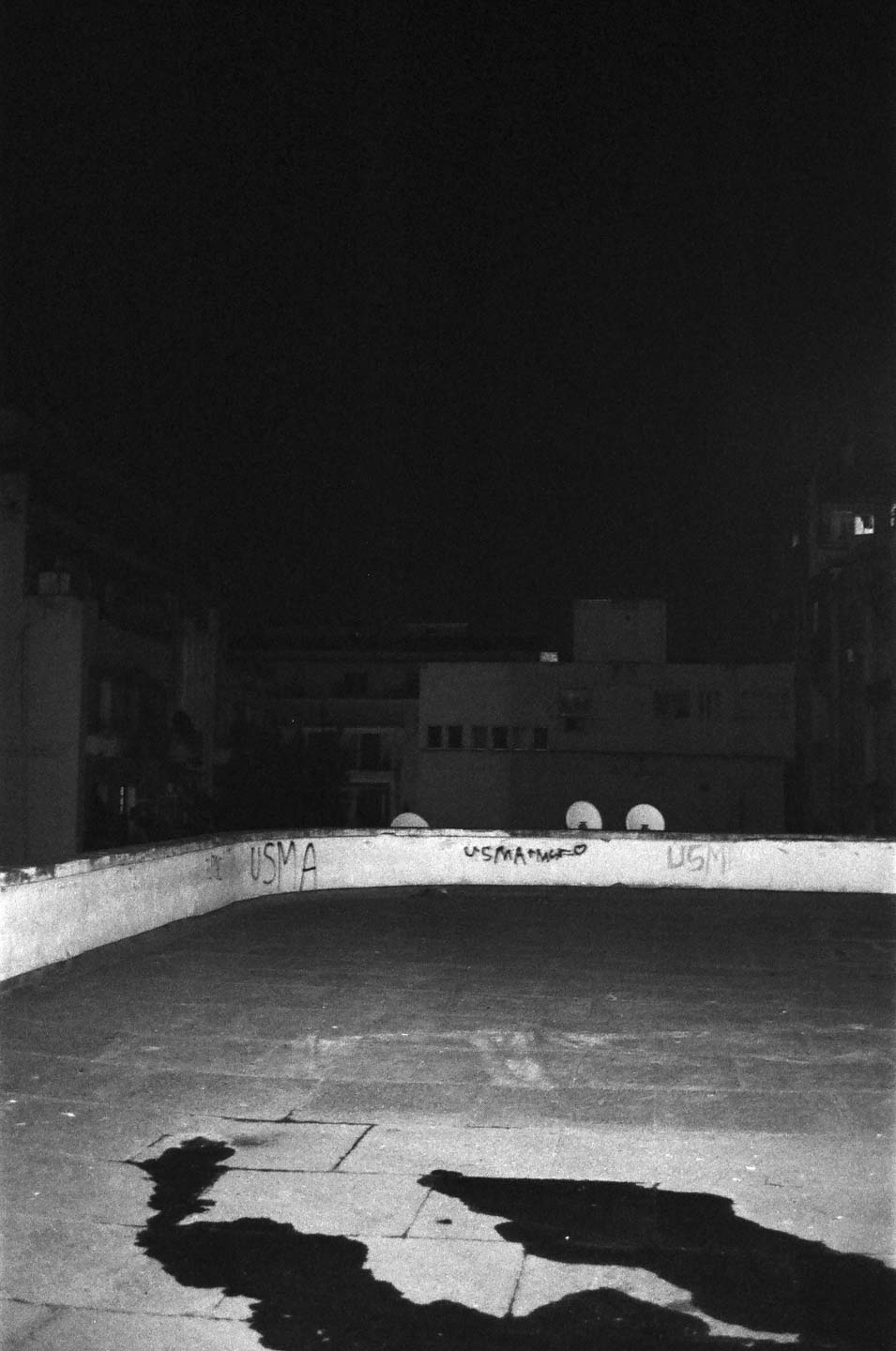 Algiers, eighteen years after the end of the civil war. The regime used the war as an excuse to oppress opposition or any social or political movement that was against the regime. (Abdo Shanan)

The Nation and Magnum Foundation are partnering on a visual chronicle of untold stories of the coronavirus crisis and the struggle for racial justice—read more from The Invisible Front Line.—The Editors

Before the Coronavirus crisis brought the world grinding to a halt, Algeria was alive with demonstrations. At the beginning of last year, after our president announced that he would be running for a fifth term, the people had finally had enough: Starting February 22, 2019, Algerians flooded the streets every Friday, millions of people filling the cities with protesting voices. Men and women of all ages walked side-by-side to express their frustration with the political system, demanding change. 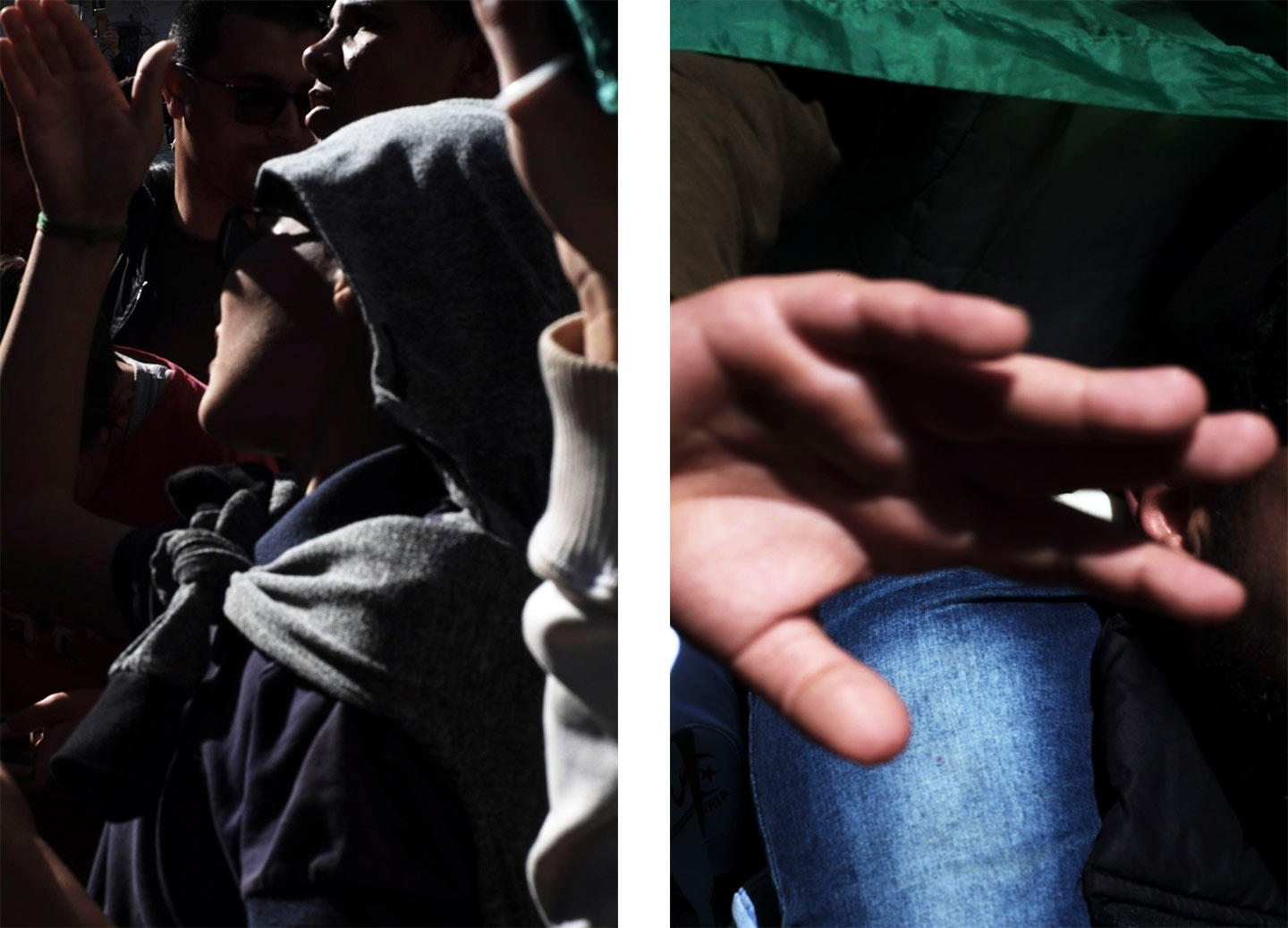 For Algerians under the age of 20, Abdelaziz Boutaflika is the only president they have ever known. Scenes from a demonstration in Algiers. (Abdo Shanan)

As a photographer, I did the obvious: I picked up my camera and started photographing the historical events unfolding every day in front of me. Being in a protest was new territory for me, as it was for most of my fellow Algerians. This country hasn’t seen mass demonstrations since the days of the 1991–2001 civil war. The last major protests, in 1988, were brutally shut down by the government, resulting in about 500 civilian deaths, and the government always framed protest as something that would lead us back to “chaos” drawing parallel with civil war as well as with Libya and Syria. But the people had had enough of the corrupt rule of President Abdelaziz Bouteflika, and after 20 years in power, these peaceful protests finally ousted him from office. 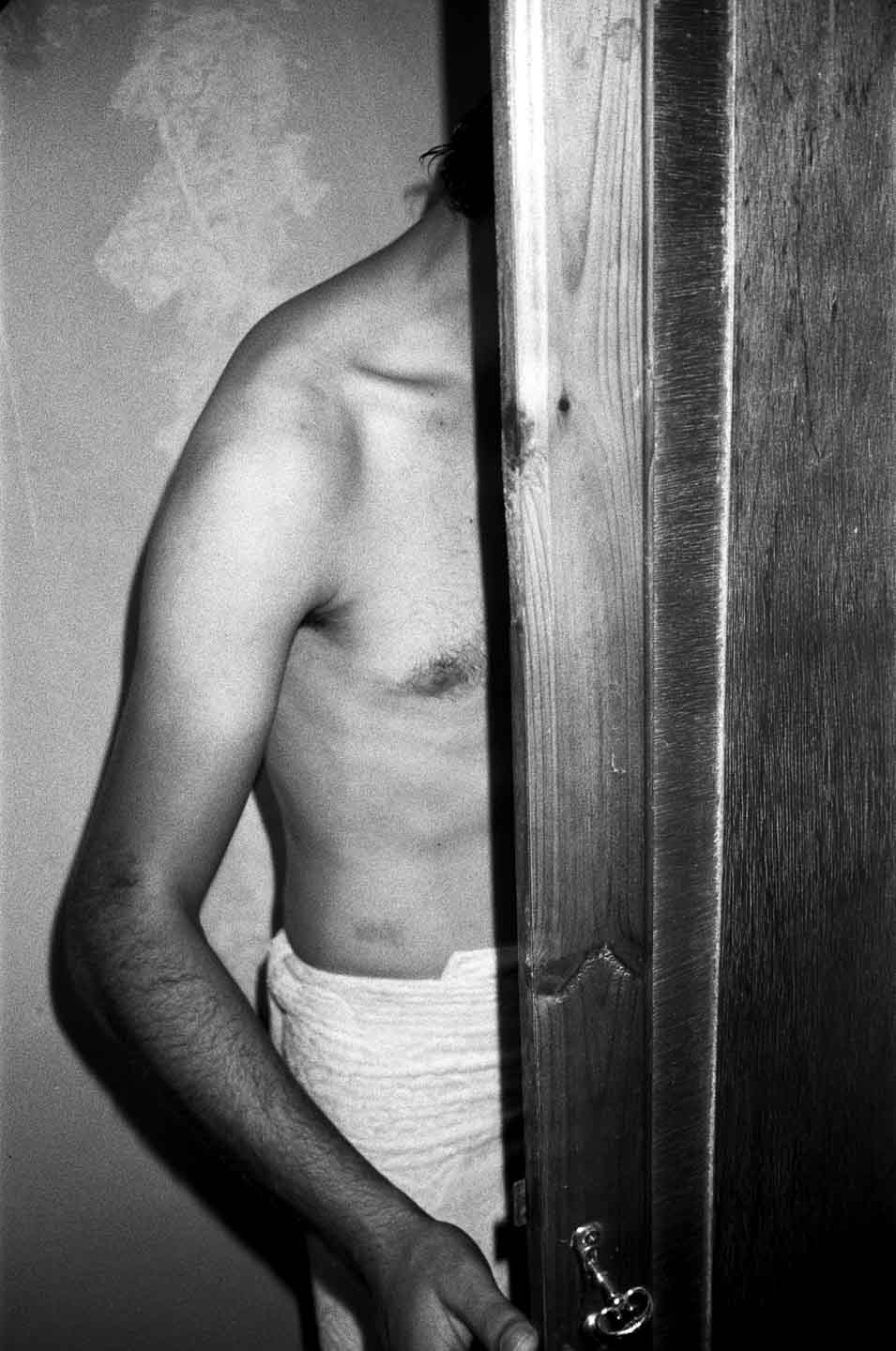 Mokhtar in his room. Police arrested him just before he left on a boat to cross the Mediterranean to Spain. “I needed to leave because I felt that even my family doesn’t believe in my dreams.” Mokhtar wanted to be a rapper, but his mother found his notebook of songs and destroyed it. Mascara, Algeria. (Abdo Shanan)

When I started photographing the uprising, my images were all about showing the masses, the sheer number of people making their voices heard. The resulting photos were stereotypical: groups of people in the streets, fists up, with signs and symbols of revolution. This visual representation was not true to my own experience of these momentous events, so I changed my approach to shooting with a telephoto lens, isolating individuals from the crowd to represent the highly personal and unique reasons so many of us were taking to the streets. 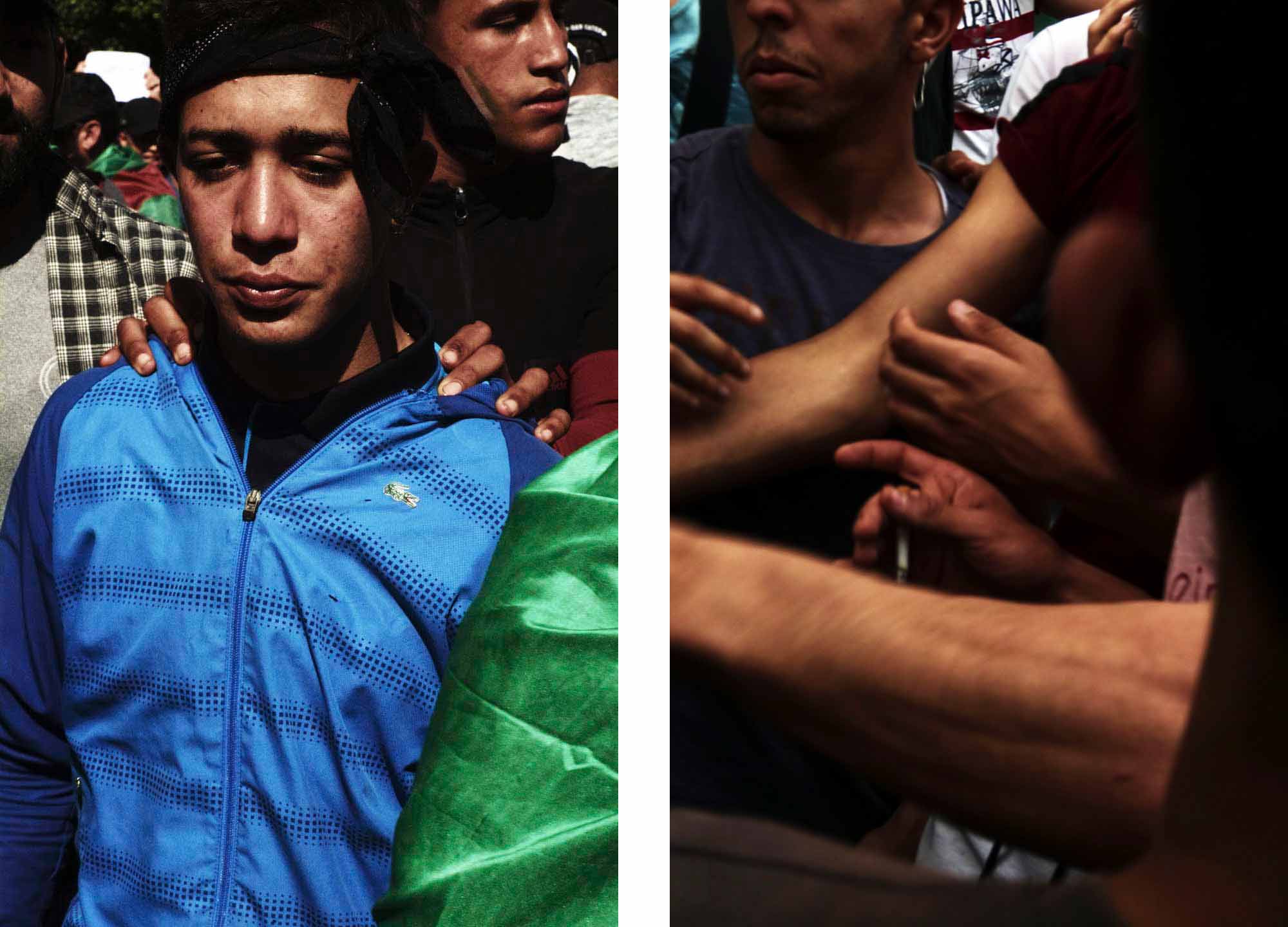 Every Friday since February of last year, people have flooded the streets of Algeria’s cities, demanding political change. But the protests are also about gathering socially, something that has been disrupted by the coronavirus crisis as well.

Protest is not just about shouting slogans or being political, it is also about gathering socially, with people curious about one another and their reasons for demonstrating. At certain points I noticed how people looked around in awe at the others in the streets as if they were rediscovering the “other” Algerian, like at Judgment Day, when they would see in new ways the people they knew from their past lives. This social spirit brings groups of friends and families to protest together. People would ask me to take their picture, proud to be seen in the streets with their fellow Algerians. My images capture the press of bodies, the euphoria of being among so many people fighting for control of their common destiny. 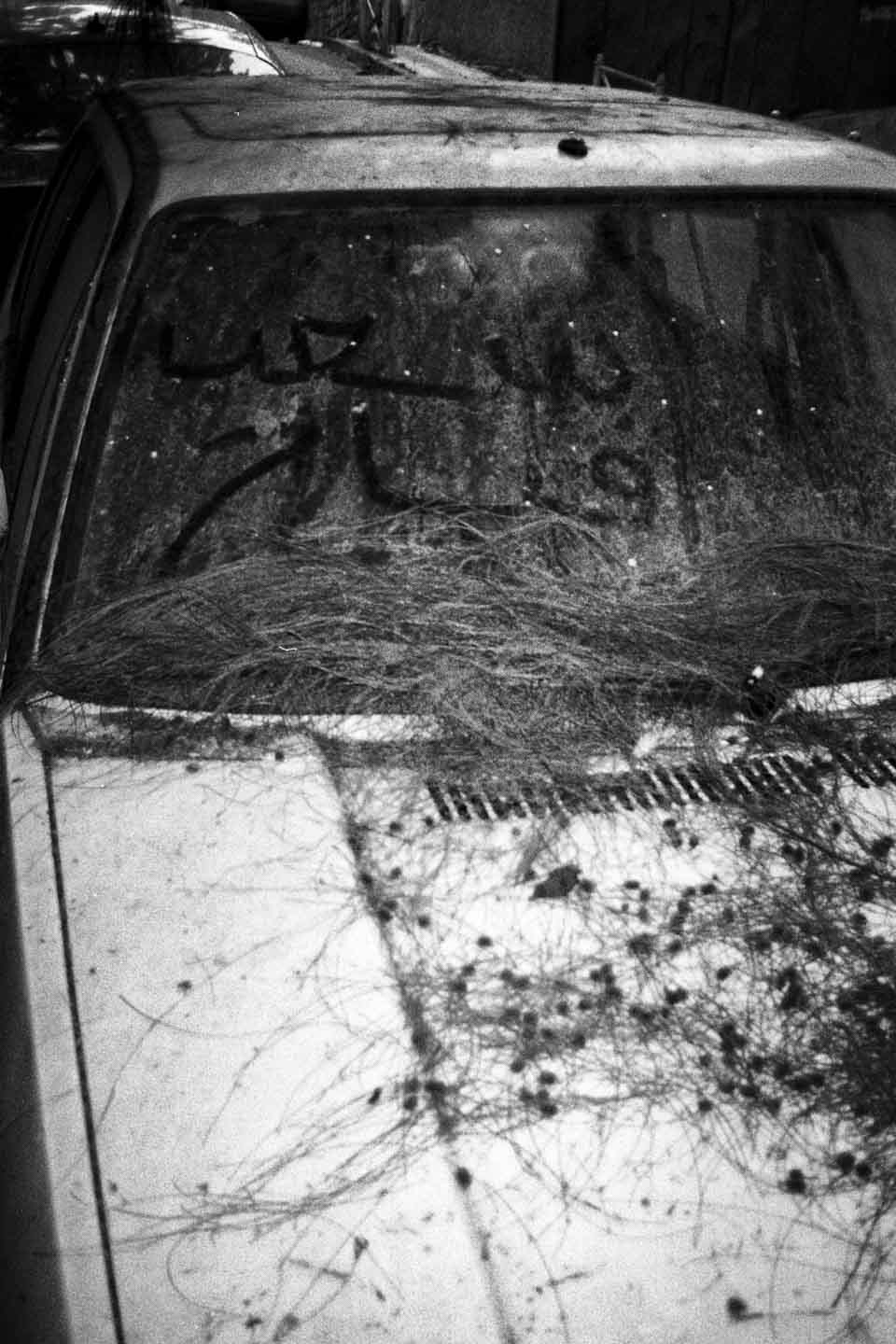 Over the years of Bouteflika’s stultifying rule, many Algerians have had to take control of their own lives alone, making the choice to either stay and make do with the limited options available to them, or to risk everything to leave their country for better opportunities elsewhere. This is the other thread that runs through my images, the young men and women who have undertaken the dangerous journey on the sea to Europe, risking their lives to make their lives worth living. That, too, is a political statement, to say, finally, that you have had enough. I will be following other threads that I believe had their own protest, as the resident physicians are still striving for a decent life and to improve working conditions, in 2018 they launched a series of protests that ended without achieving much. I believe that a protest movement is the sum of little protests from people who struggle at different levels for different reasons; all have the injustices of the regime in common as a trigger for their protest. 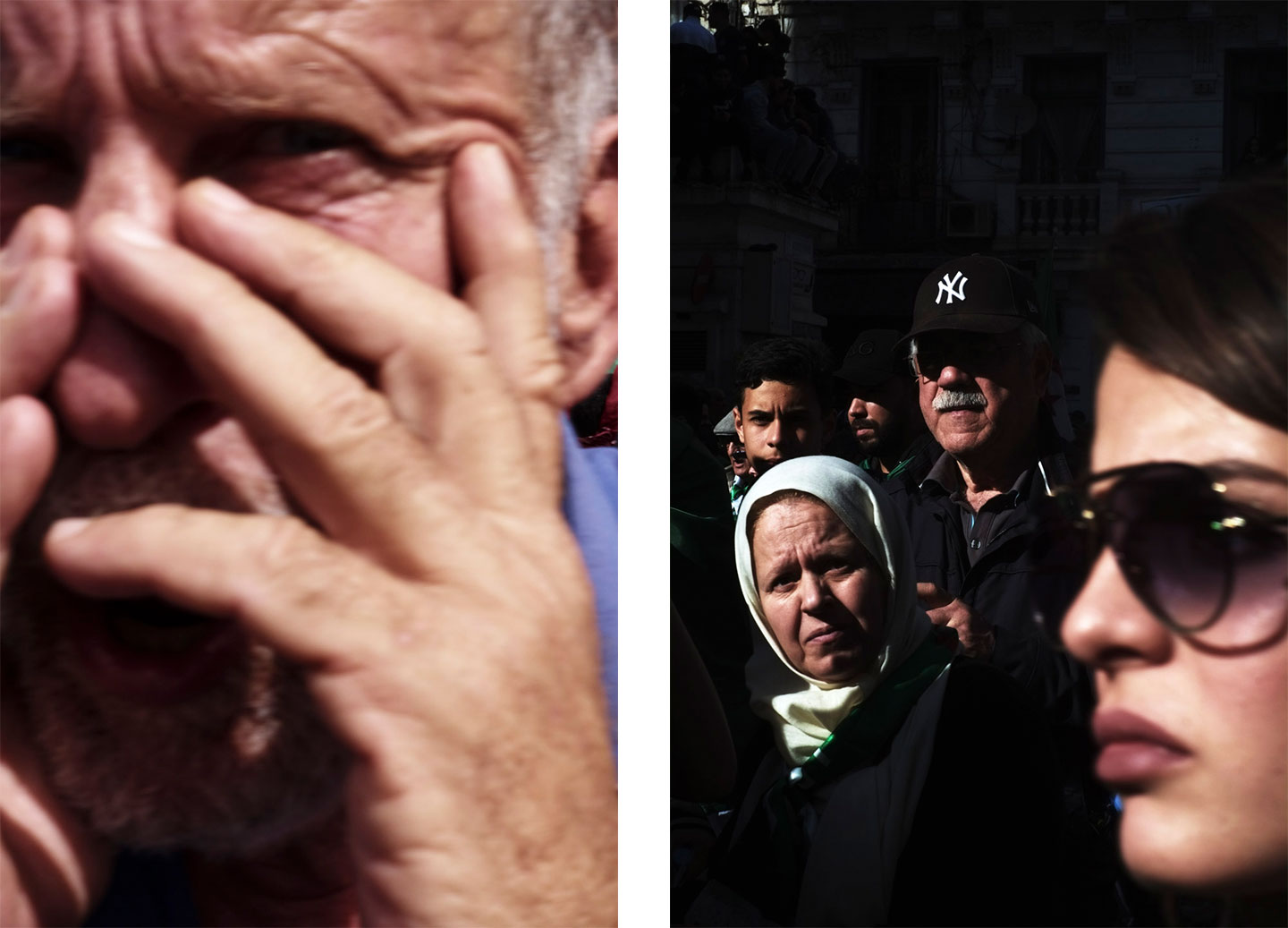 Under the new reality Covid-19 has imposed, I keep asking myself how people can counter the state without the only power they have, which is being together and working to change the situation. (Abdo Shanan)

“Where are you from?” asked a police officer while I was photographing a demonstration in Algiers. “Why do you think I’m not Algerian?” I responded. His answer was a brief silence while looking at my skin and hair. “You speak differently.” Another policeman who stopped me asked the same question. I learned to hide in the protest, to melt into the crowd so that I won’t be picked out by the police. I felt safe in the middle of these crowds in way I don’t always feel when alone. I will never forget the heat coming out of these bodies, all these voices singing loud together. In these moments I was Algerian to the bone. 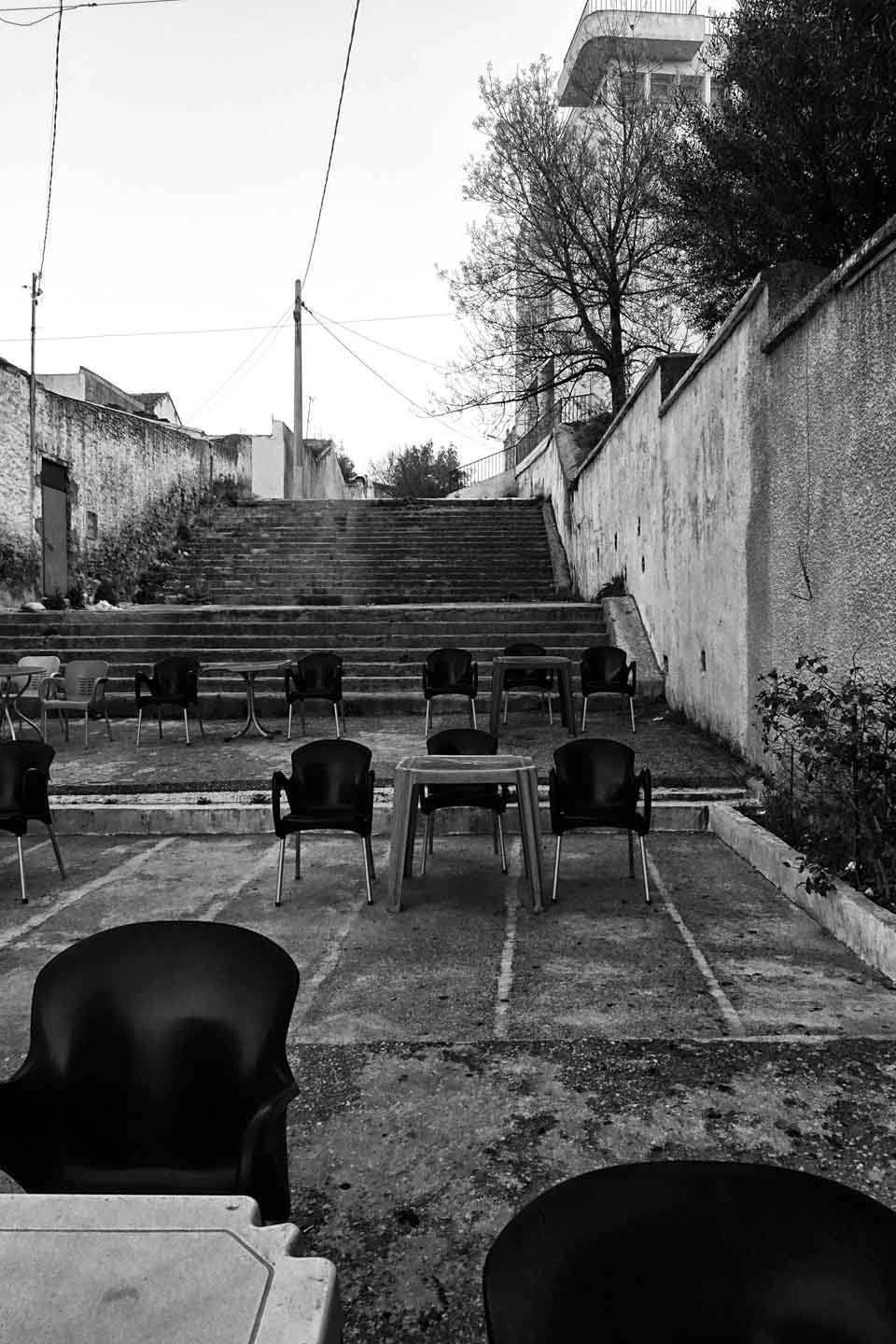 A cafe in downtown Souk Aras, 550 km from Algiers, where many young men spend their time. Algeria’s unemployment rate is at 26.9 percent for the population between 16 and 25 years old. (Abdo Shanan)

When the government declared a health emergency due to Covid-19 in March, the protests stopped. The people had suddenly lost the right to gather and protest that they had finally gained back last year. Even after Bouteflika’s resignation, the protests had continued against the corrupt elite that control the country, but suddenly the crowds were gone. Since the lockdown, many activists have been sent to jail. Under this new reality, I can see our newfound freedom and space for possibilities shrinking every day. I keep wondering, how will this popular movement persist? 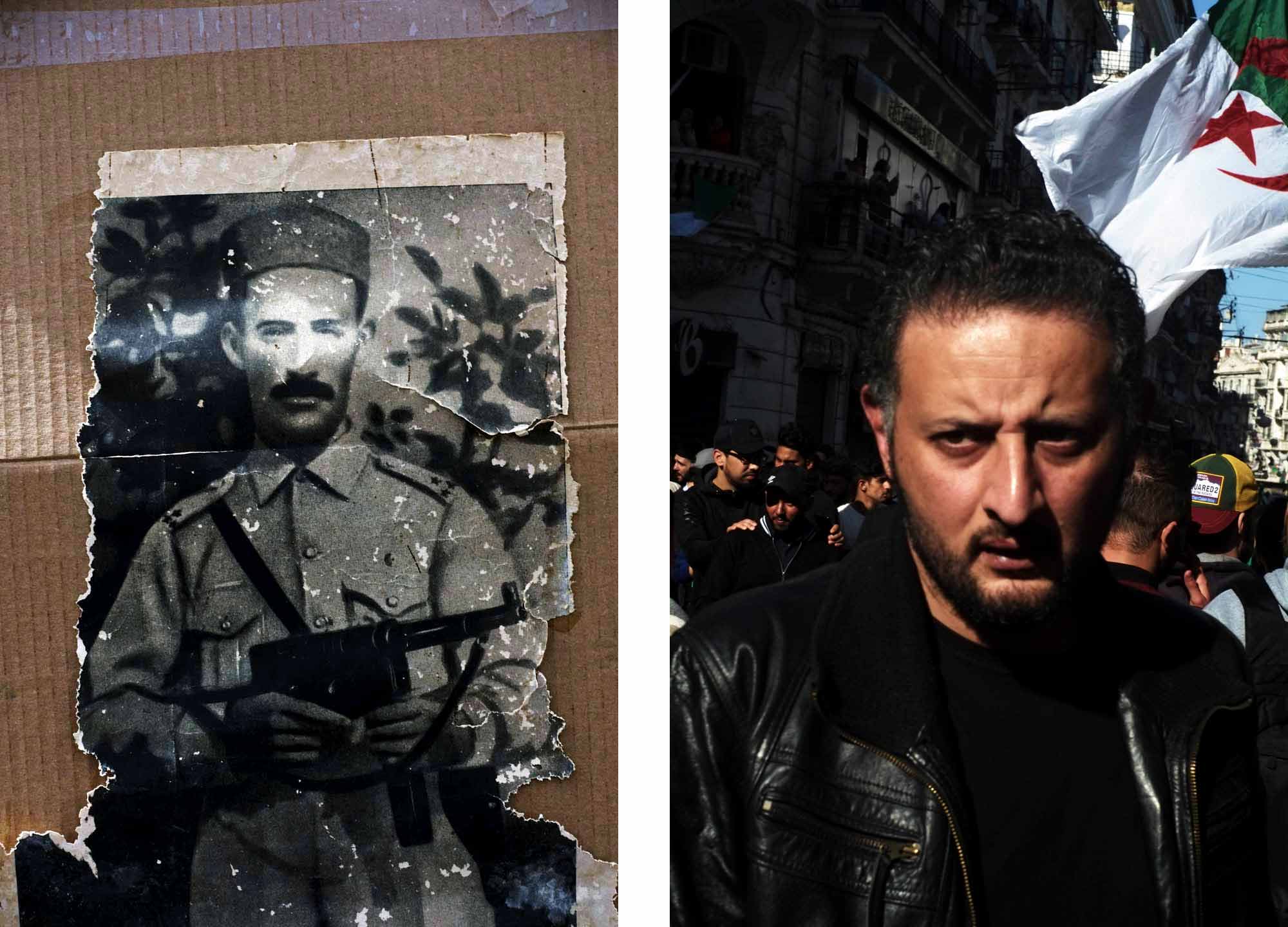 Left: A poster with a picture of Colonel Amirouche who was a leader in the Algerian independence War. Many demonstrators have call for a new “independence” through the protests. Right: A Friday march in Algiers.